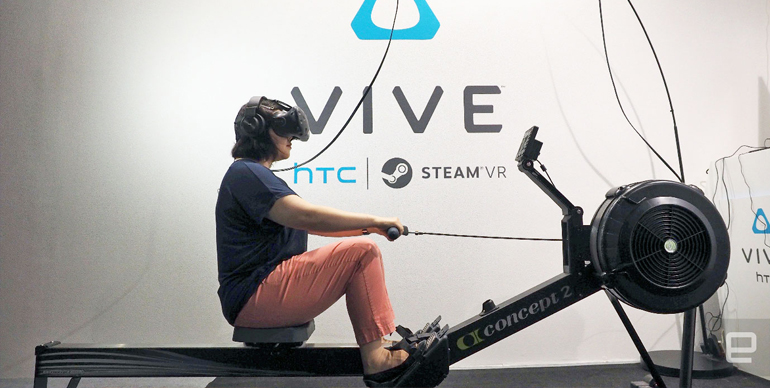 Virtual reality developers are getting particularly good at finding ways the technology can benefit society. They’ve adapted it to online stores so e-shoppers can view clothing and other products in realistic 360˚ before making a purchase. It’s being used to enhance learning in classrooms across the globe and even as a pain reliever in place of opioids. This week, the latest virtual reality innovation is VR rehab. It’s a system designed to change the way correctional facilities teach their inmates to function in the outside world. In many ways, it’s just the next step in VR tools that alter how people perceive and interact with the real world. Rather than just creating realistic fictional worlds, virtual reality is actually immersing us in situations that feel, and often function, like true life.

When virtual reality is completely immersive, it can have a dramatic effect on the human body. Studies have shown that when you’re enveloped in a realistic, simulated reality, your mind tricks the rest of your body into reacting as though what you see is actually what’s around you. It’s not that far a leap if you think about it. If everything you see and everything you hear communicates one thing, the rest of your senses tend to follow suit. This phenomenon is what made virtual reality so useful as a pain reliever. Patients enraptured in a peaceful experience tend to feel relaxed and calm even when they’re undergoing treatment for severe injuries. Though a little less compelling than VR treatments, VR rehab still uses simulation to a similar effect. The main difference is that, rather than alleviating physical pain, rehab puts people in a better sociological head space.

THE POWER OF VR REHAB

Re-emerging into the real world after a stint in prison is a growing concern for government officials at all levels. If you’ve lived a long portion of your life behind bars, you’re not fully equipped to jump back into the real world when you’re released. Ways of life change, people change, and often you have to shoulder the stereotypes of a former inmate all alone. VR rehab aims to help offenders and addicts face the world and make wise choices upon their release. To do this, creator Dr. Raji Wahidy and his team develop real life scenarios for prisoners to work their way through. These scenarios measure the actions and reactions of each participant so therapists and teachers can chart their progress more accurately. It’s the first time inmates have had a safe environment to actively learn from bad habits and mistakes as they recover.

TEACHING AND MAKING A DIFFERENCE

Along with correctional programs, VR rehab also offers realistic vocational job training. Inmates can learn car mechanics, plumbing, welding, and carpentry all in an immersive environment. This is the practical side of virtual reality rehab. Scenarios like this allow prisoners to get their hands metaphorically dirty while learning new skills. Rather than simply reading about how to fix a car or stop a leaking pipe, immersive scenarios let you interactively participate in the learning process. If a prison has limited budget or space for a shop-like set-up, VR rehab will let them teach more skills in a user-friendly way. There are some skeptics out there that are suspicious about the full potential of this new rehabilitation system, but the general belief is that this is just the beginning of what VR rehab can do. Programs to treat everything from phobias and PTSD are already deep in the works.

After decades of virtual reality entertainment, the ground-breaking technology is finally starting to change lives for the better. VR rehab may be young, but it’s already revamping how officials and therapists approach rehabilitation. Hopefully, it can live up to this promising start.