Sir John may be best-known as Queen Beyoncé‘s makeup artist – but the talented creator is now teaming up with another one of the music legend’s big-screen ventures. In celebration of the upcoming live-action release of Disney‘s The Lion King, in which Bey stars as Nala, Sir John has created a glamorous and luxurious movie-themed cosmetics collection with the brand Luminess. 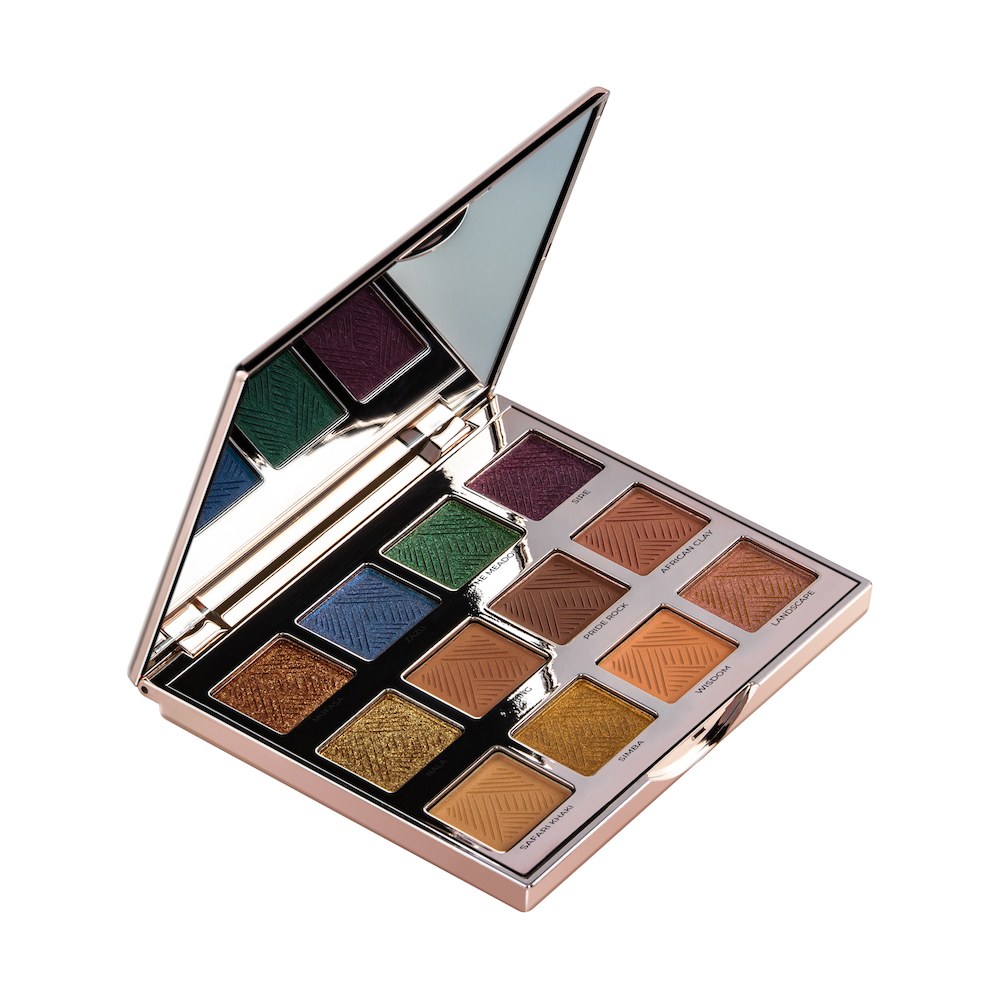 The Sir John Lion King makeup collection consists of the perfectly-named Kingdom Sculpting Palette ($42), the Can’t Wait to be Queen Eyeshadow Palette ($42), the Be Brave Matte Lipstick in two shades called Pounce and Lion’s Mane ($24 each), the Be Prepared Liquid Lipstick in two shades called Romantic Atmosphere and Trouble ($24 each), the Legacy Tinted Lip Balm ($24), and the Circle of Life Highlighter ($40). The line will also be available bundled, in the Limited Edition Collector’s Vault ($250).

Each of the innovative and high-quality products in this collaboration capture the essence of the film’s iconic characters, who have each been re-imagined for this modern film. 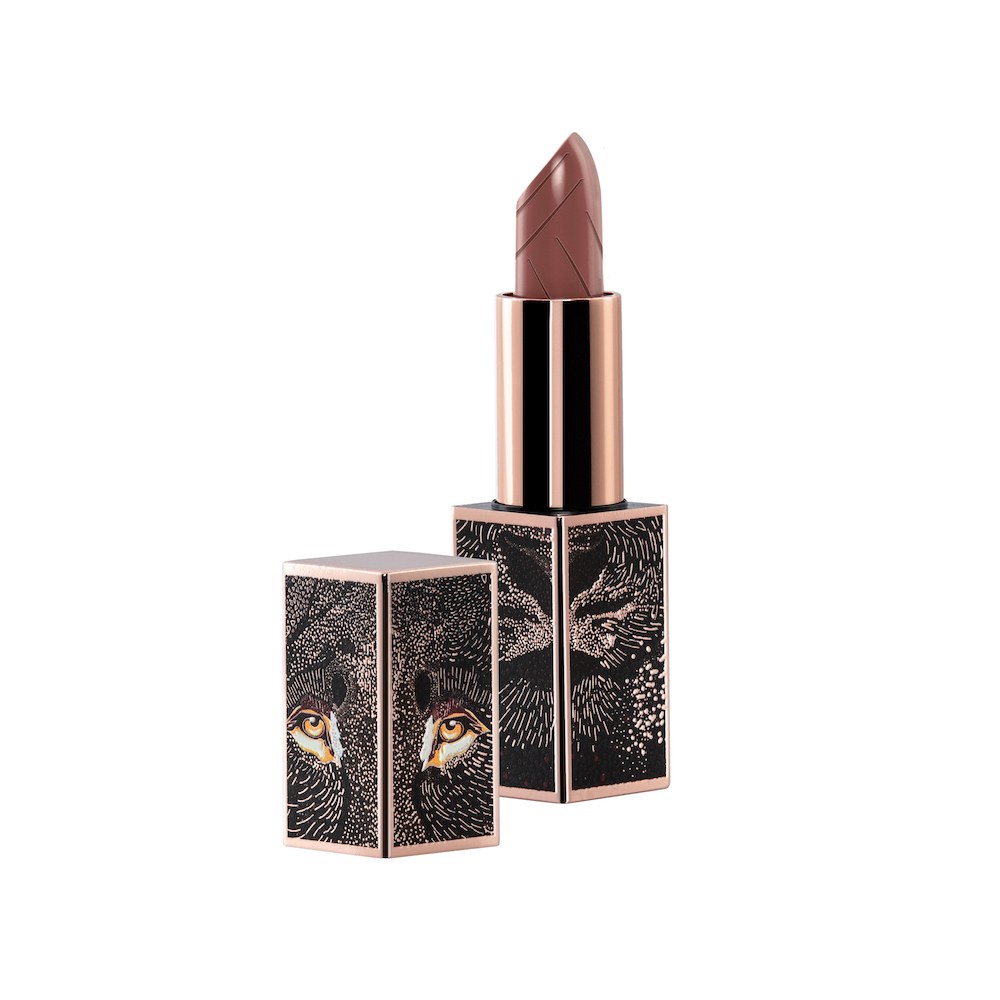 “The inspiration behind these products comes from the story line itself: a young lion prince living in the flourishing African Pride Lands and his journey to adulthood,” the brand explained in a press release. “The passionate tale of perseverance has still permeated society 25 years after the original film was released. Colorful moments in the movie have been reimagined in the collection, such as the rich fruit color Rafiki anoints Simba matches the Be Prepared Liquid Lipstick ‘Romantic Atmosphere.’ The rich neutrals in the ‘Can’t Wait to Be Queen’ Eyeshadow Palette mimics the rich clays found in Africa. The unmistakable sunset orange/red color from the iconic movie poster can be found in the striking Be Brave Matte Lipstick ‘Lion’s Mane.'” 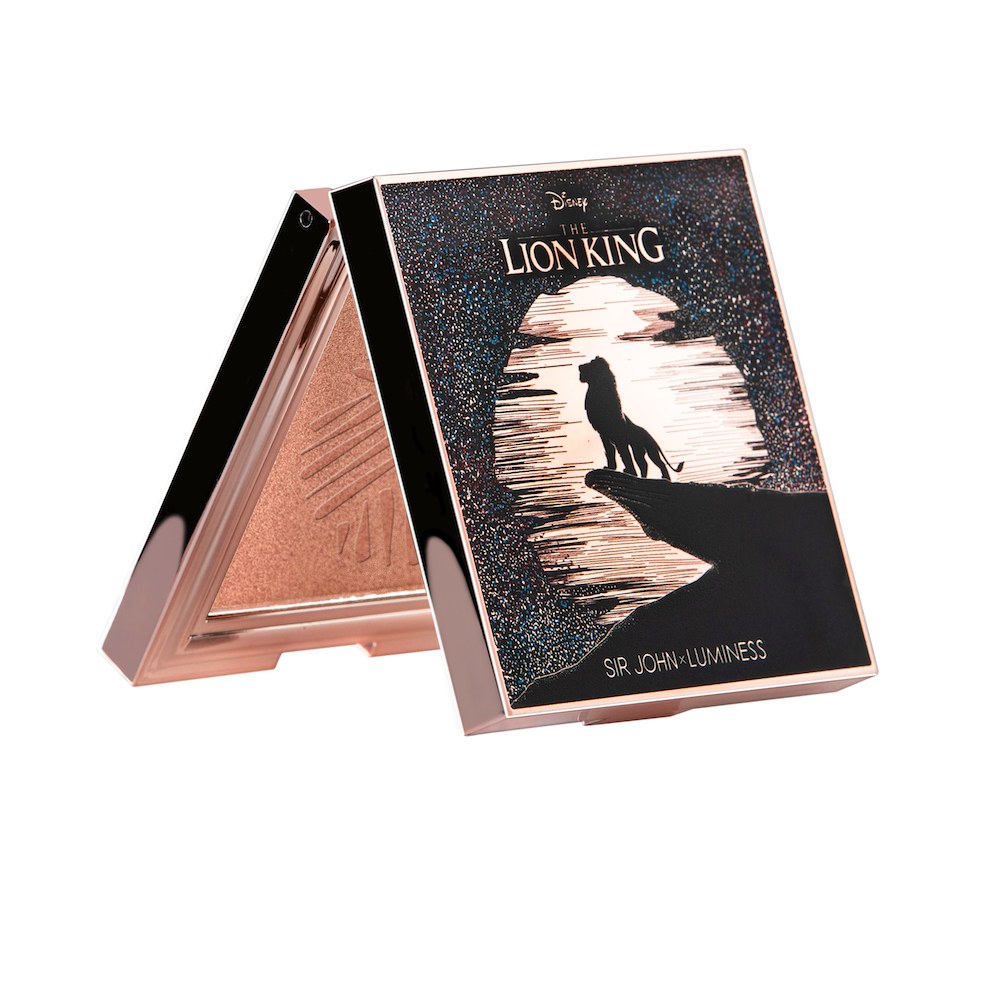 Fans will be able to shop the Sir John Lion King makeup collection on the Luminess cosmetics website starting on Saturday, June 15.

Following this initial launch, the collection will also be available online at Ulta and ShopDisney.com on Sunday, June 16. If you prefer to shop in-store, stick around for the collection’s Ulta retail location launch, coming on Monday, July 1. The Lion King hits theaters everywhere on July 19.

More new movie-themed beauty launches on our radar.
More fun Disney cosmetics collaborations to check out.
All images via Luminess