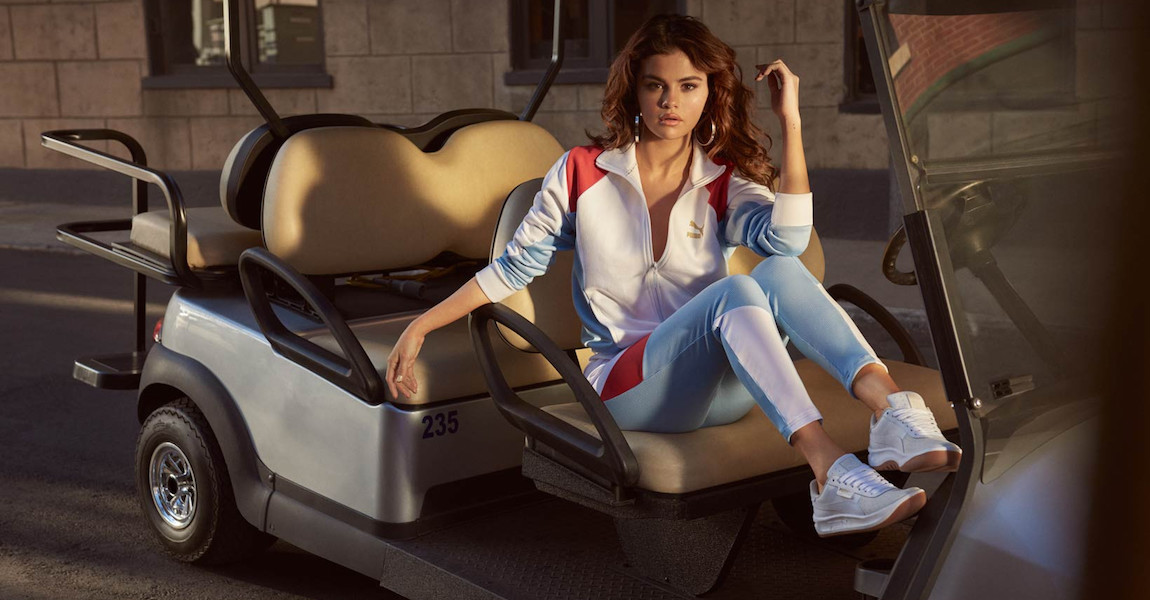 Selena Gomez is the absolute queen of introducing new Puma shoes to the world, and her latest athletic wear campaign is no exception. The 26-year-old singer and actress stars in the brand’s newly-dropped California Exotic lookbook, which debuts a fabulously re-imagined retro sneaker design. 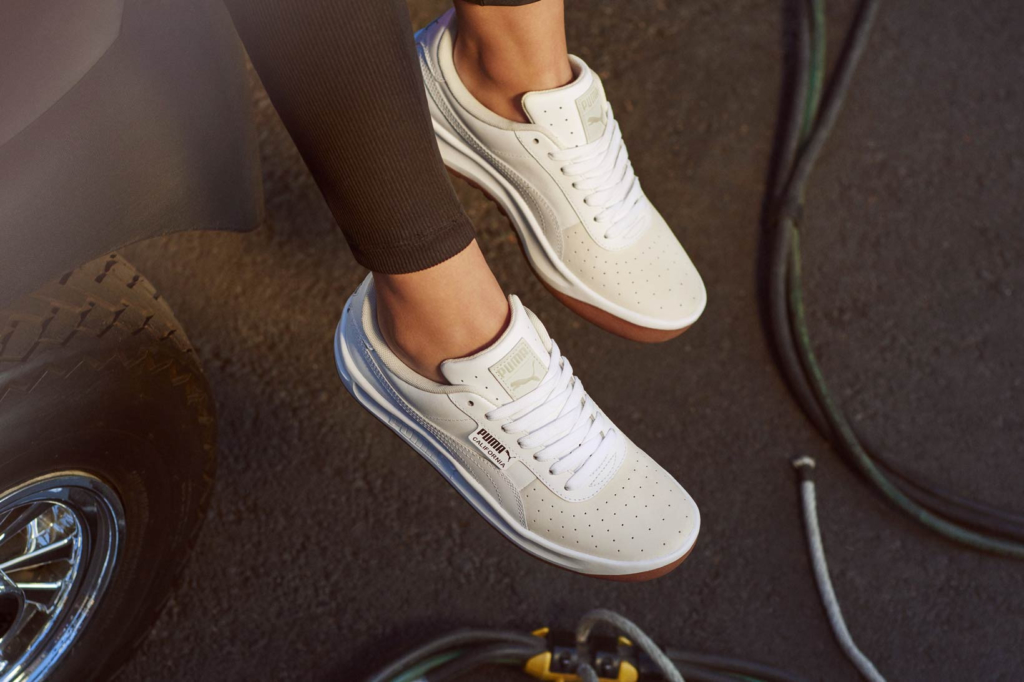 The first California tennis shoes were debuted by Argentinian Grand Slam champion Guillermo Vilas during a competition in 1983. Not only were they his signature kicks, but they were re-named in tribute to California after they became wildly popular there, according to Footwear News.

Now they’re back, and ready for 2018 athleisure street style, as the California Exotic. Selena’s own footwear debut features the white-on-white rubber soled sneakers, but the design will also be available in a chic black and metallic colorway. According to the publication, more California styles are being developed, so we can look forward to this classic sports shoe making a major comeback. 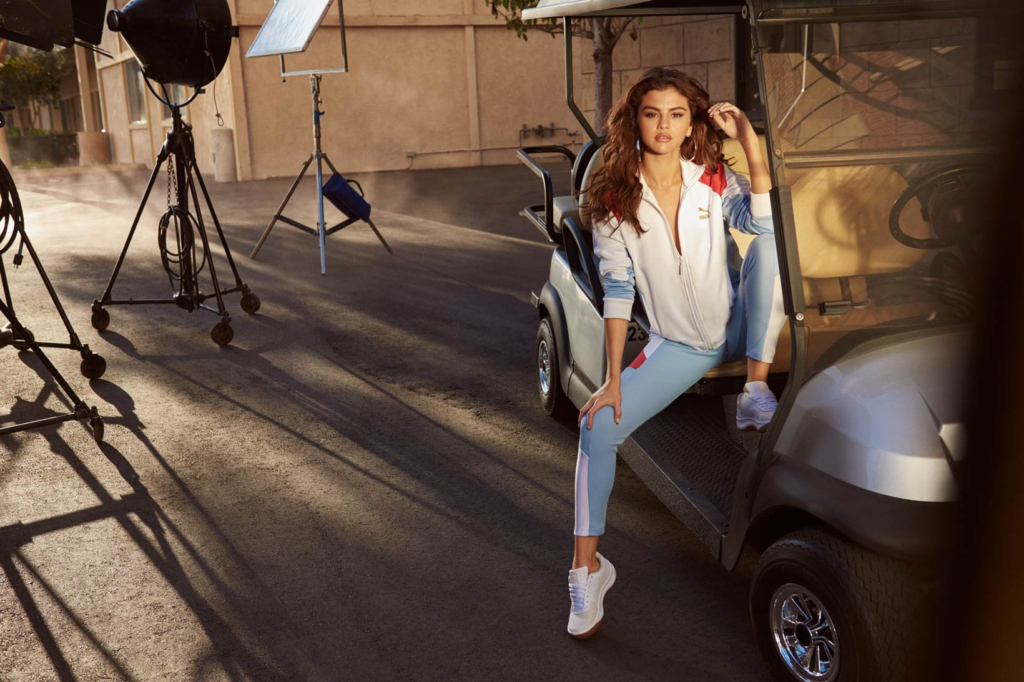 In her campaign imagery, Selena is a retro-inspired sports fashionista from head to toe. We like to imagine that her baby blue and white leggings are a subtle style tribute to Argentina’s flag, while her coordinating zip-up track jacket, mega voluminous curls, and oversized hoop earrings are the perfect nod to Vilas’ height in the 70s and 80s. Gorgeously re-imagined for our modern Instagram-snapping needs, of course. 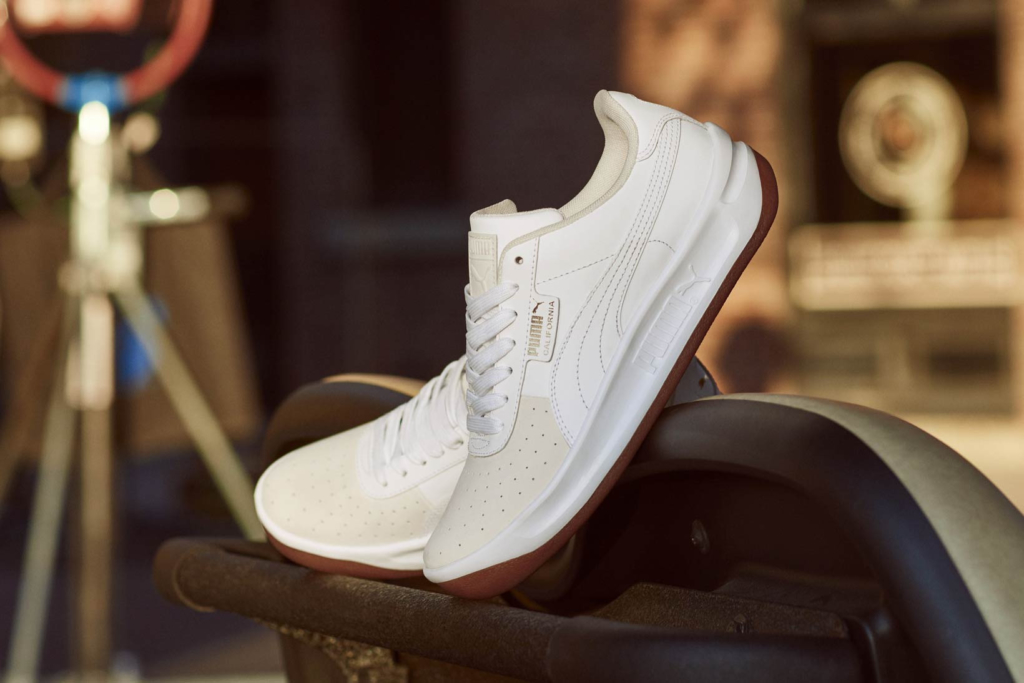 The Puma California Exotic sneaker will officially go on sale at Puma stores, online on Puma’s website, and at select sneaker retailers starting on August 2, 2018.

More from the Puma brand.
More of Selena Gomez’s style partnerships.
All images via Puma