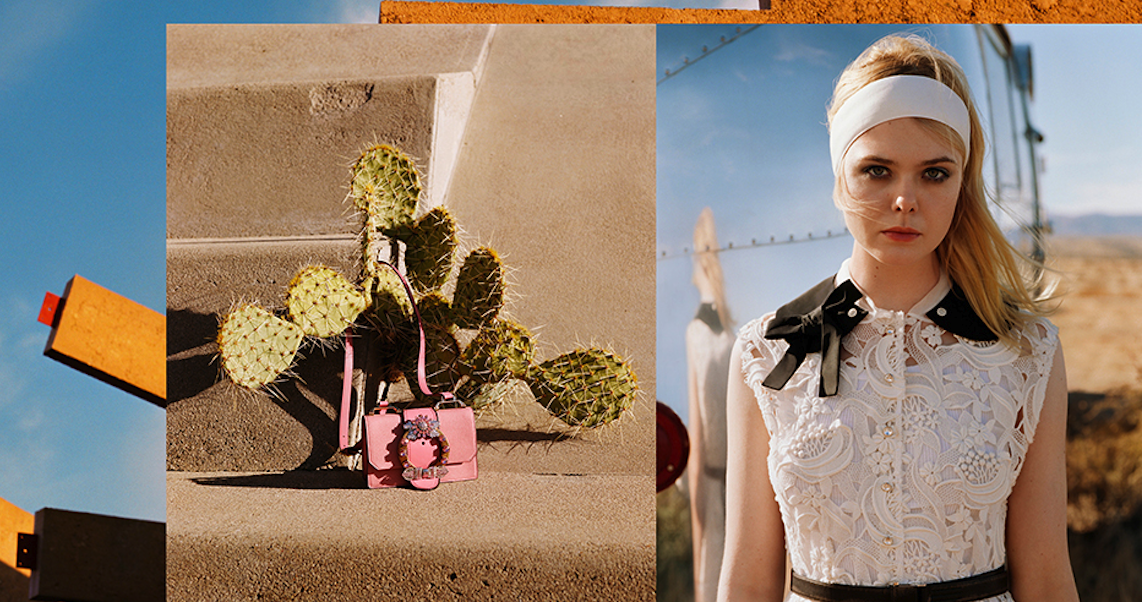 The Miu Miu Spring 2018 campaign is all about “preservation, justice, community, design, or the liberty of free spirits.” Titled “Return to Arcosanti,” this collection’s ad photo shoot is set against a Southwestern desert backdrop, which brings the textured and detailed garments to life. But most importantly, the designer is taking a stand and making a powerful point with this campaign.

“Social action is fostered by experimentation. This is the concept behind Arcosanti, conceptual architect Paolo Soleri’s futuristic urban experiment erected in central Arizona USA in the 1970s—a work that has continued to evolve ever since,” Miu Miu shared on the brand’s campaign website. “With Arcosanti, Soleri developed the concept of Arcology – the combination of architecture and ecology. It exists today, both in progress and in ruin, as a site for the reevaluation of human impact on land.”

“For the latest Miu Miu campaign, Arcosanti serves as location for a meeting of young minds. Outfitted in Miuccia Prada’s Miu Miu Spring Summer ’18 collection are Elle Fanning, Adwoa Aboah, Olivia Anakwe, Edie Campbell, Oumie Jammeh, Faith Lynch, Rianne von Rompaey, and Cameron Russell,” the brand shared while unveiling their campaign imagery. “Wearing the designs of a woman renowned for nurturing experimental thinking, women who quite often use their social platforms to promote progressive attitudes congregate in and around the historically radical architecture.”

Each model represented in this campaign is involved with community outreach and sociopolitical causes that Miu Miu wants to highlight.

“Elle Fanning is active in the gender equality-promoting program REALgirl. Adwoa Aboah’s efforts toward social progress include the media platform Gurls Talk, an ambassadorship with Save the Children, and work with Heads Together,” Miu Miu shared. “Edie Campbell has written for and spoken to several publications with the distinct goal of combatting abuse in the fashion industry. Cameron Russell’s diverse forms of activism range in subject from her popular TED Talk on the injustices of the modeling industry and her equal-opportunity platform Space-Made, to her campaigns for climate change awareness: People’s Pilgrimage, Earth Day in Fashion, Flower Challenge, the film Climate Warriors, and more.”

How inspiring is that?

To see the Miu Miu Spring 2018 campaign, be sure to swipe through the gallery below. 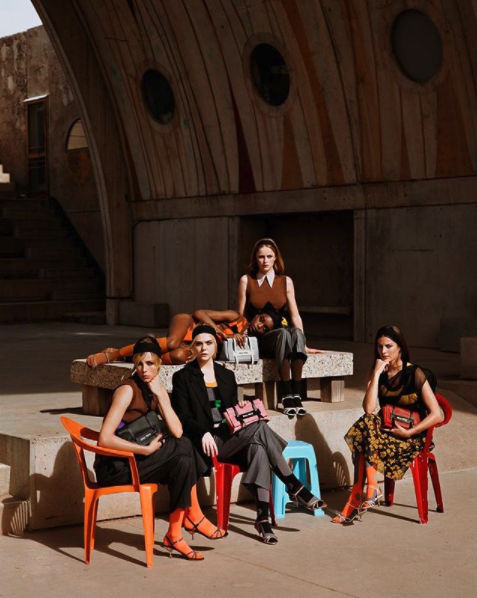 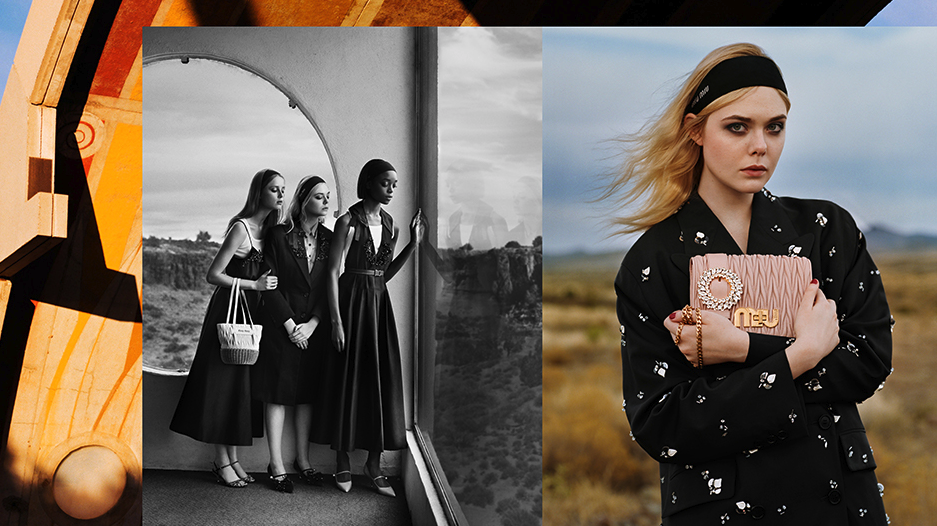 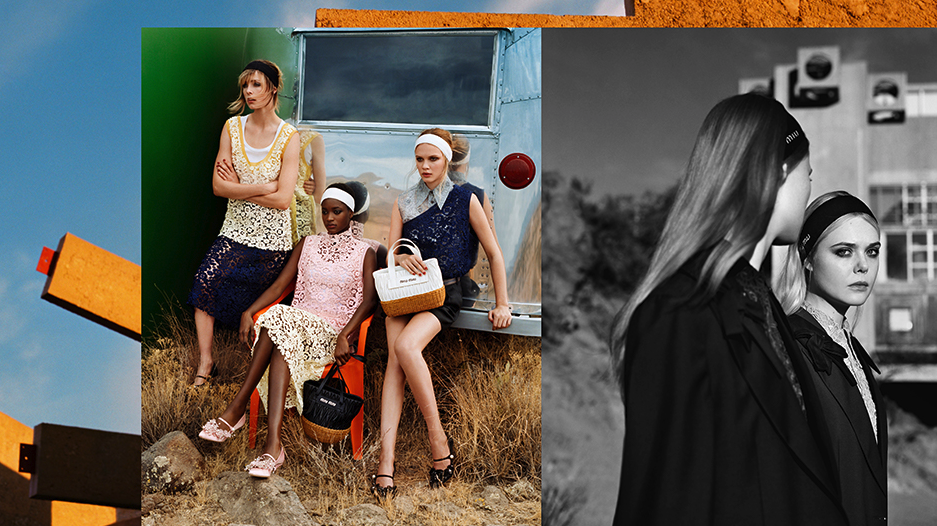 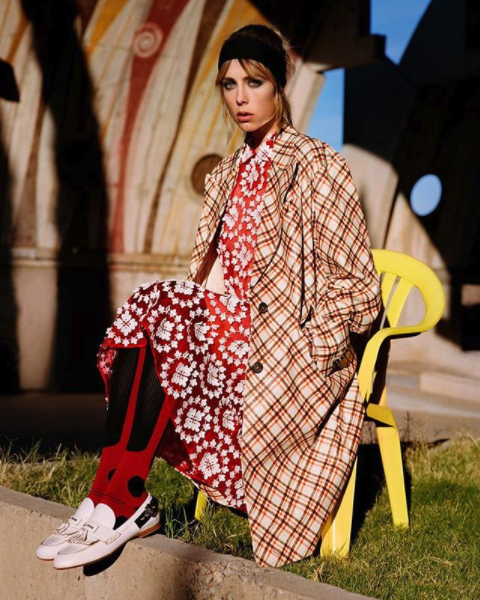 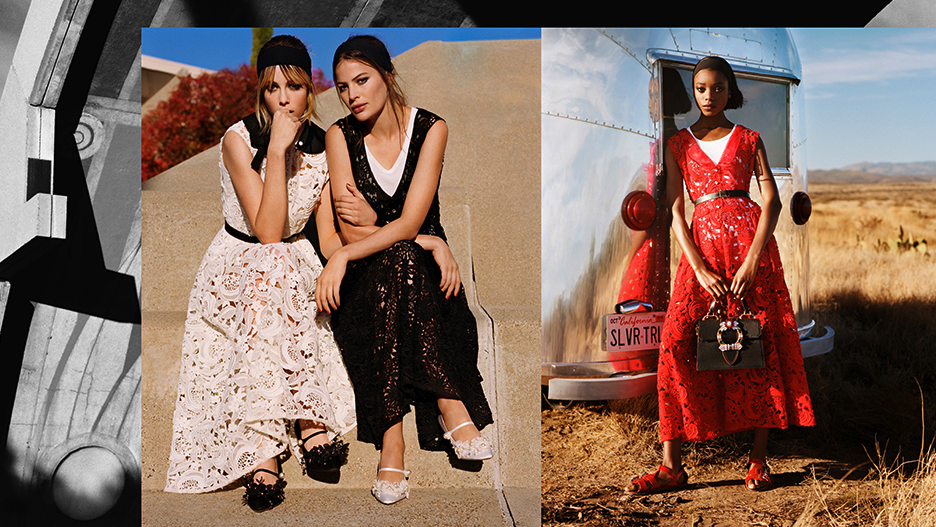 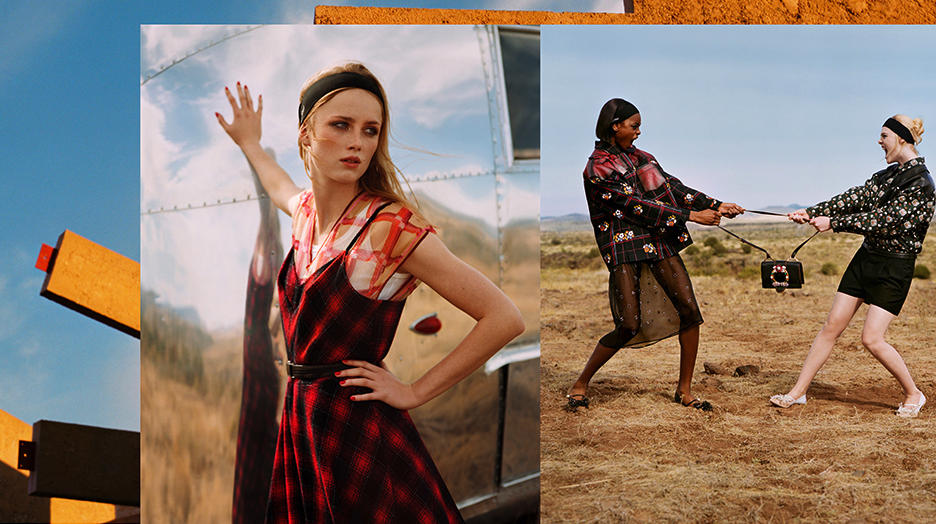 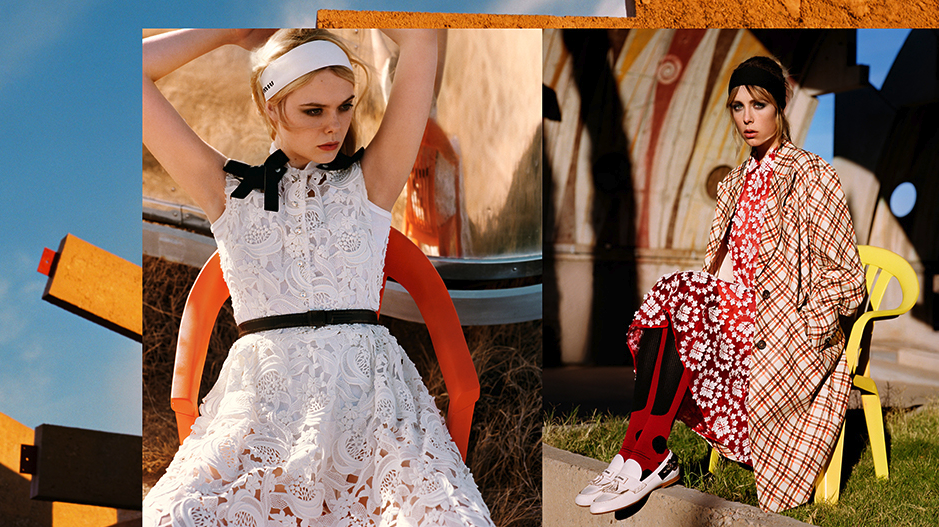 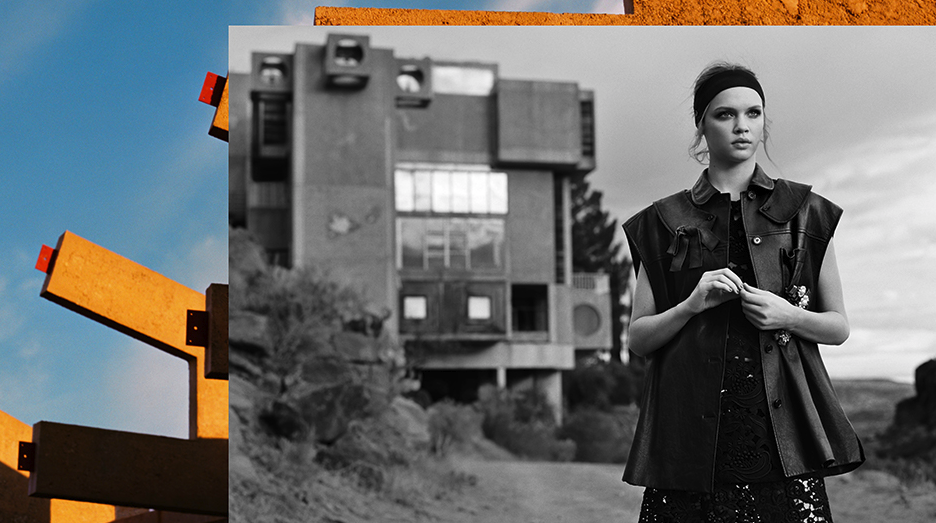 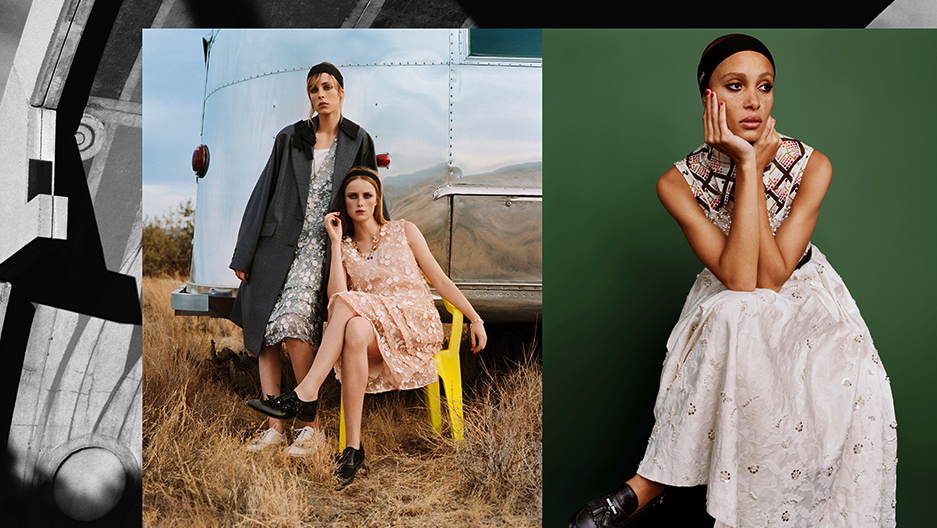 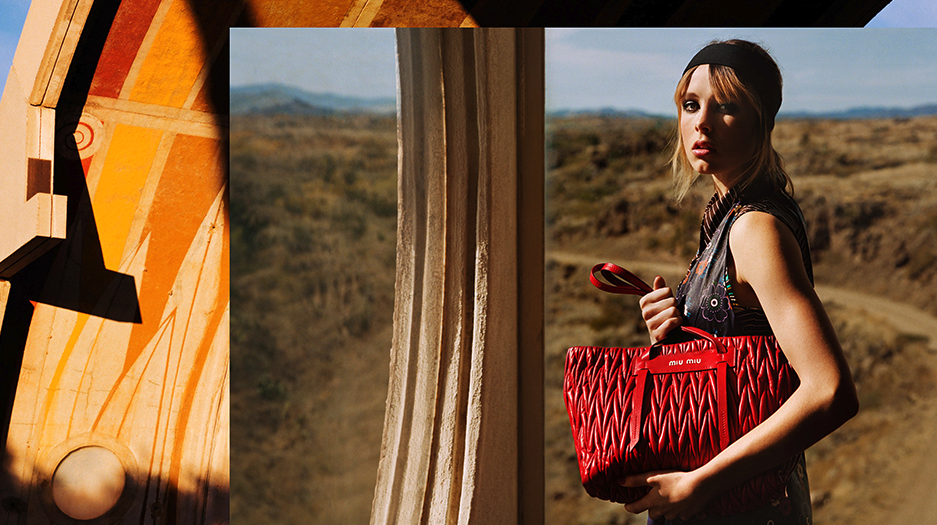 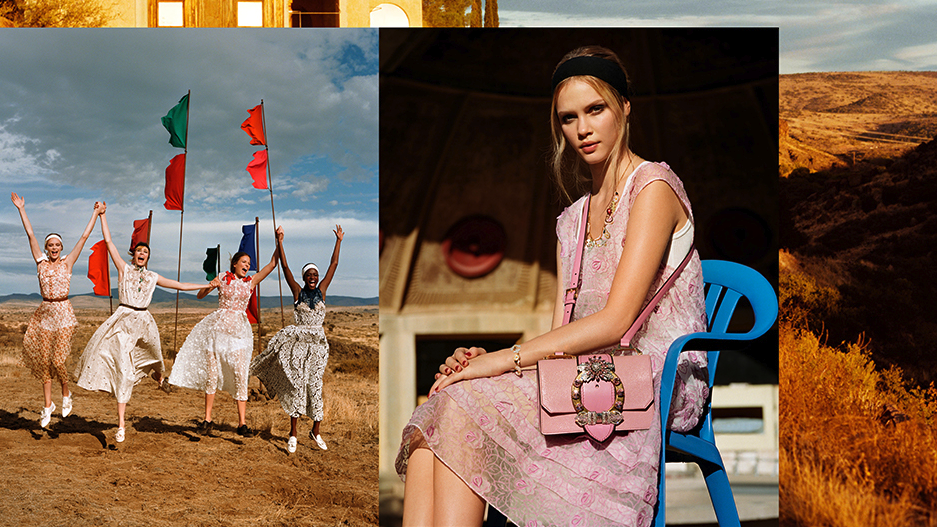 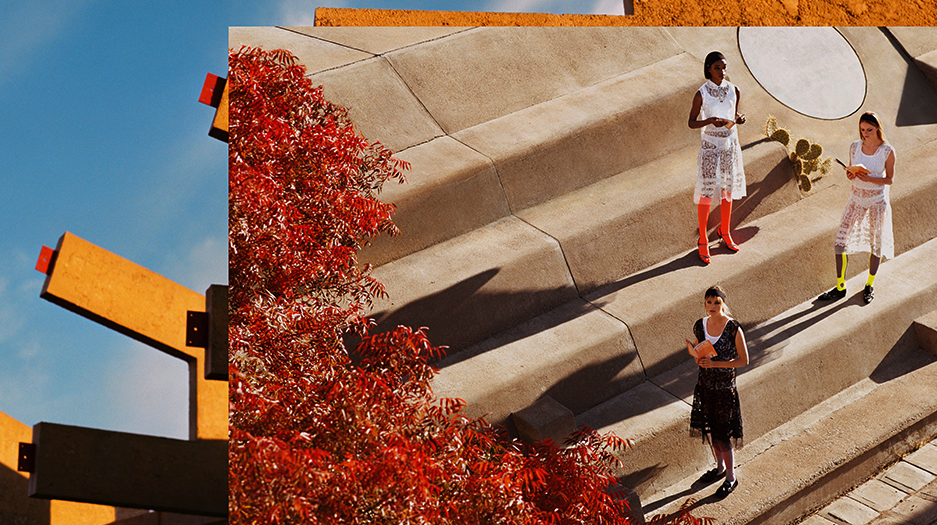 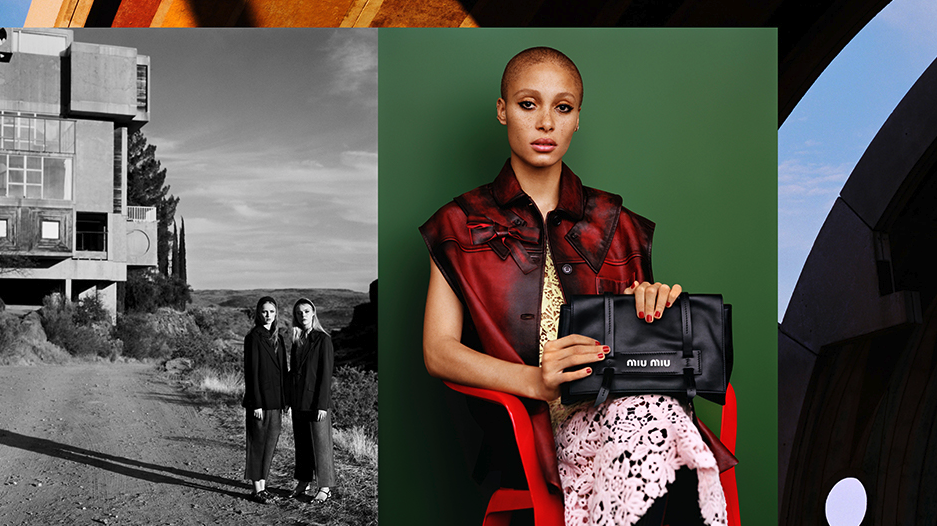 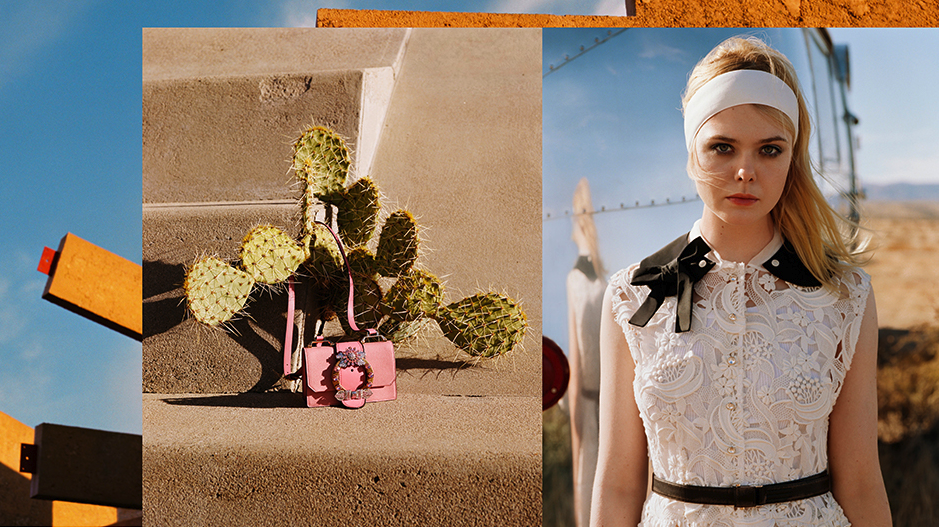 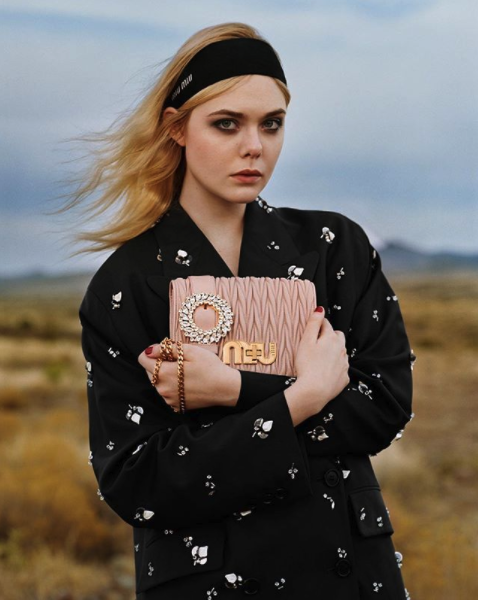 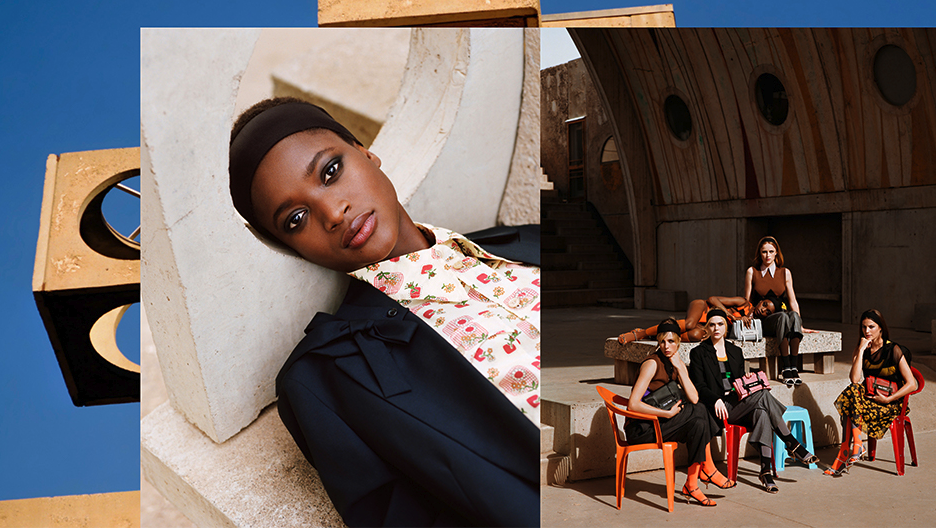 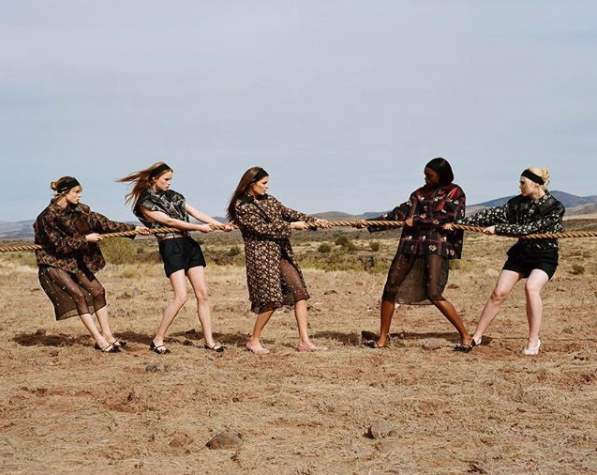 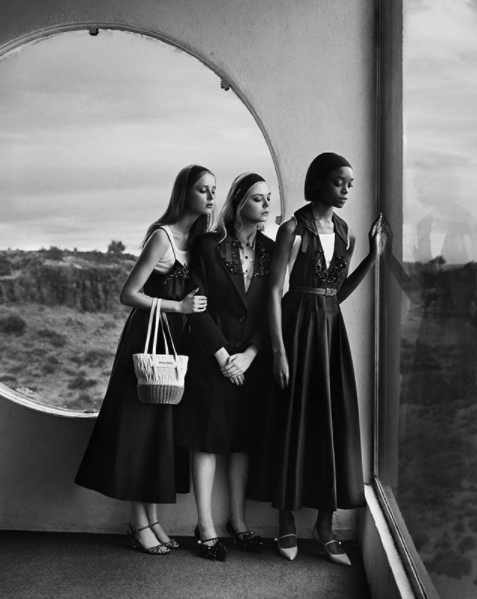 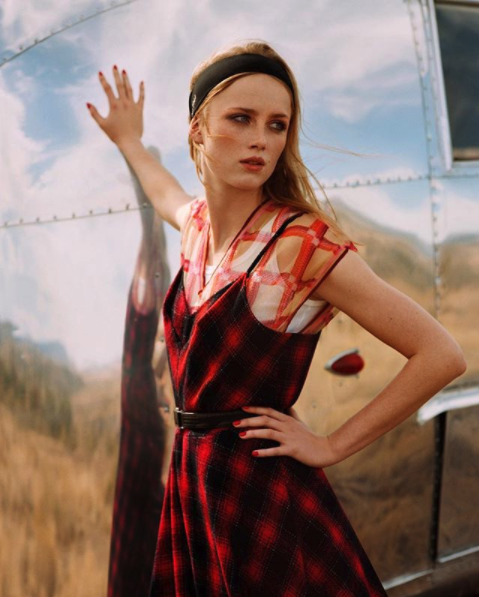 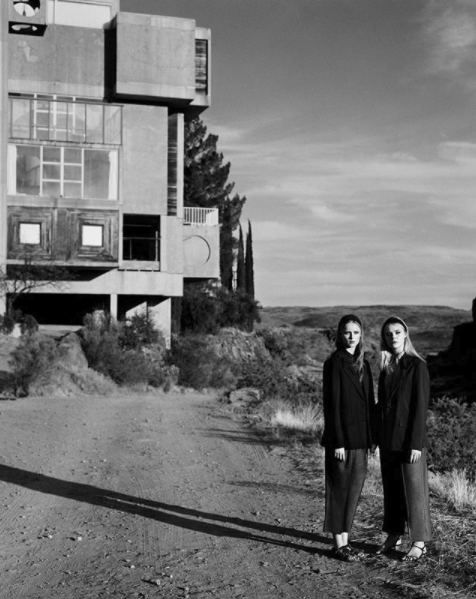