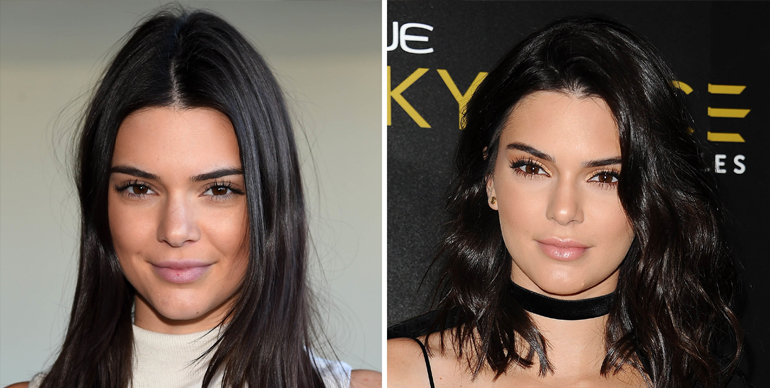 Last month, Eleven from Stranger Things revealed one of beauty’s most extreme hair transformations to date. After 6 months of fame as the bald girl from television’s latest surprise hit, star Millie Bobby Brown traded her unique hairstyle in for a 80s perm in 2017. Brown is far from the only girl to make a Hollywood hair transformation that captured the entertainment world. Plenty of famous women have used hair dye, perms, and haircuts to transform their public persona. It’s kind of amazing the impact a hairstyle can have on your appearance. Throughout history, it has made stars of average citizens and rebels of tame stars. These are some of the most compelling hair transformations from the last century.

Before Marilyn, there was Norma Jean Baker. an industrial girl with high ambitions, Baker had beautiful dark curls that gave her simple face a playful, girlish charm. That everyday sweetness was getting in the way of her dreams. When 20th Century Fox executive Darryl F. Zanuck told her no, his colleague Ben Lyon convinced him to give Baker a chance. A new name and fresh haircut can transform anyone, right? Lyon and Baker came up with a new stage name and short hairstyle and the rest is history. Gold-locked Marilyn Monroe went on to become one of the world’s most beloved icons. Norma Jean was never heard from again.

Beckham has played with hundreds of trendy hairdos throughout her varied career. Her hair changes so much no one takes a second glance when she waltzes in the room with a new hair transformation. Long hair, short hair, blonde hair, black hair – she’s done them all. These diverse looks – wavy dark-brown hair and a sharp, blonde lob – represent the impressive breadth of Victoria’s styles throughout the years. I guess when you’re a turned fashion designer married to David Beckham, you can afford to spice up your life.

Age and angst played a big role in the many infamous hair transformations of Miley Cyrus. The sad thing is, neither of these looks are any good. Those terrible 90s bangs were the worst thing Clueless gave us and the chaotic spikes look more like a sea urchin than a hairstyle. Recently, Cyrus has tamed her short hair into something less prickly, so maybe there’s hope at the end of this tunnel. That said, I’d still caution you against turning to the former Hannah Montana for hairstyle advice.

It’s the classic black to blonde transformation everyone is posting on their beauty blogs these days. People do it all the time. That’s why when Kim did it late last year, the compelling transformation was a little surprising. Her dark eyes had never popped like they did against a skin-and-blonde background. Clearly, Kim understood the key to smart hair transformations is to pick the right color for your skin tone. If you want to try out a new color this year, do your research first. It’s a tricky technique and you need to come out looking great.

The buzz cut was one of the hair trends and styles on display at NYFW this week.  If you’re considering a buzz cut for the 2017 spring season check out this hairdo. It’s one of Hollywood’s most surprising hair transformations of the century. It was no shock when Portman shaved her head out of dedication to a role. The surprise came when she pulled off the controversial hairstyle so gracefully. Her feminine poise and use of futuristic and African-inspired outfits made her nearly bald head look natural, even intentional. If you can make a drastic change like this work, go for it.

Curls. Girls who have them think they’re a pain and girls without them feel deprived. It’s a classic tale in the hairstyle world. If you’re Mariah Carey, you get the best of both worlds with able, controllable curls. Carey looks great in either style. Her rosy cheeks sparkle when framed by either long-straight locks or bouncy curly waves. Bravo to her stylist too, for making these two contrasting looks work so well.

If you’ve been waiting for a big, bad-ass hair dye transformation, here it is. British model Jourdan Dunn is your answer. She ditched her light brown, red carpet lob for a wavy, lavender look at Coachella last year. It was the perfect hairstyle switch for a rustic, indie festival. Vibrant pastel hair is turning out to be quite the trend in 2017. Quite a few models paraded the color at New York Fashion Week in February. If you’re a fan of colored hair dye, it’s time to pull out some product.

Hair transformations come in all shapes and colors. You can straighten some curls or re-invent yourself for a new career. When all is said and done, it’s just fun to be able to say you lived a little.