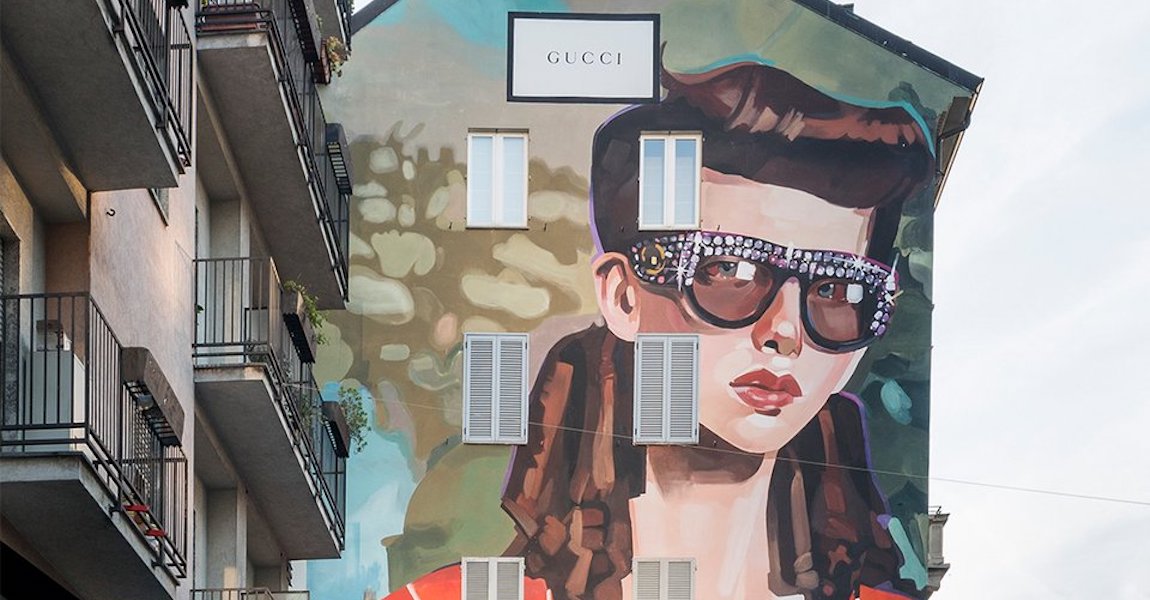 Recently, Gucci unveiled the brand’s interactive holiday gift guide, with gorgeous campaign illustrations by Ignasi Monreal. When Richard Magazine reported the news, we told you that corresponding art walls by the Spanish artist would be on their way in time for the winter season. Well, the latest Gucci Art Wall murals have officially been unveiled, and they are as eye-catching as the brand’s entire accessories collection. 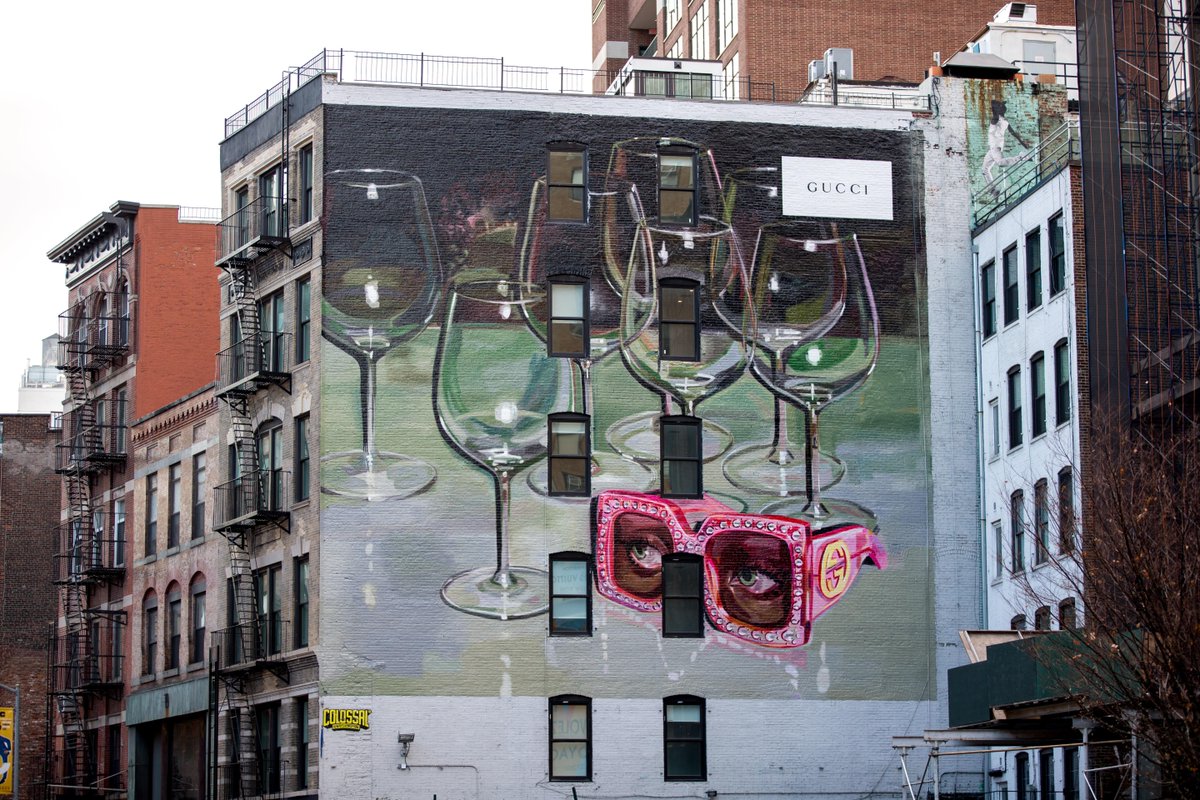 The second mural can be found in Italy, in Milan’s Lago La Foppa in the district of Corso Garibaldi. This artwork features a woman – and the t-shirt version of herself  – wearing Gucci Eyewear’s Hollywood Forever crystal sunglasses.

Both of these paintings have been featured in Gucci’s Holiday 2017 campaign advertorials, but they look especially grand on this giant scale. The colorful works transform the city spaces! 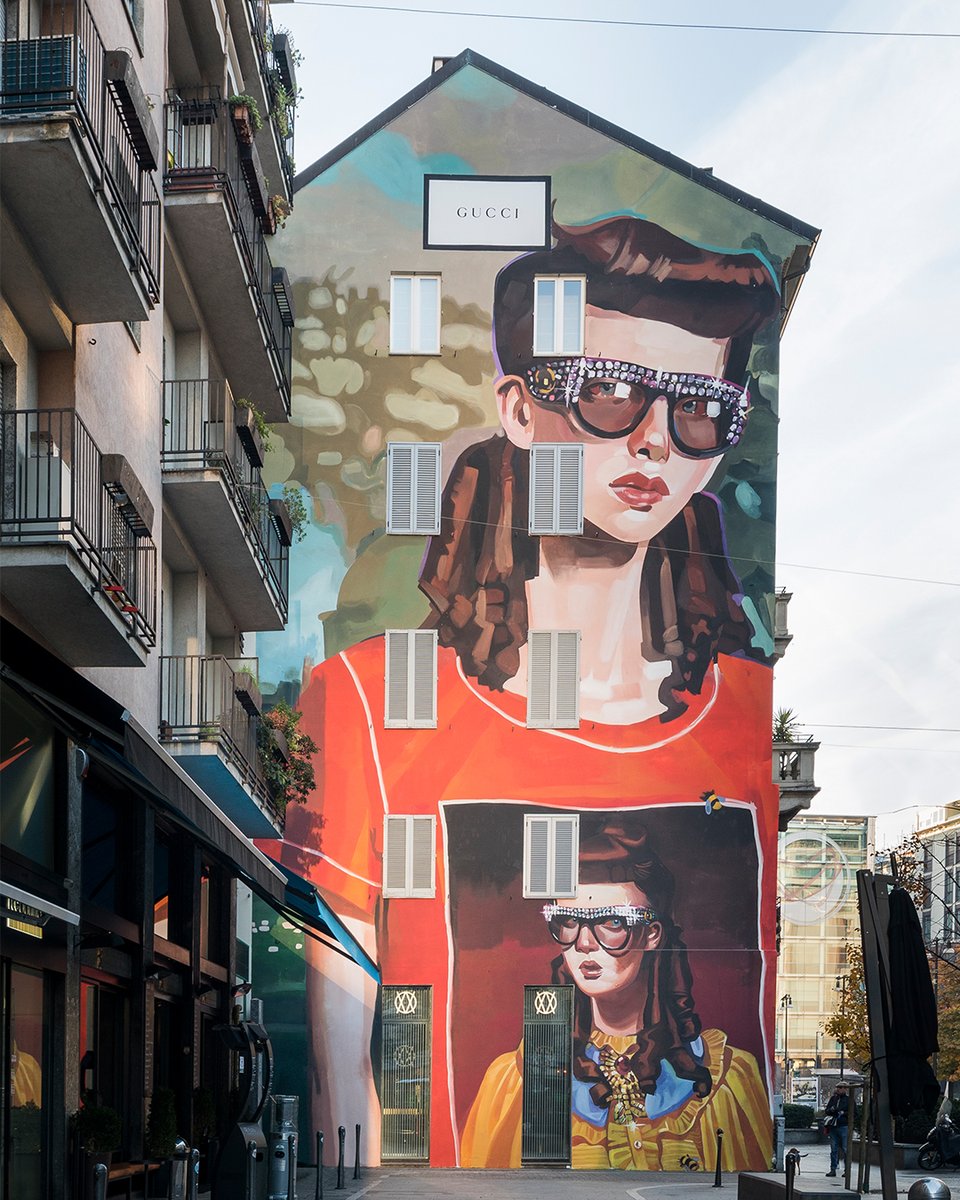 As part of an ongoing visual takeover, Ignasi Monreal previously worked on creating Gucci murals at these same locations. Most recently, he created beautiful designs for the brand’s Gucci Bloom fragrance campaign. We can’t wait to see if there are any future collaborations in the works.

In the mean time, we’ll be stopping by our closest Gucci Art Wall to snap some Instagrammable photos of our own!