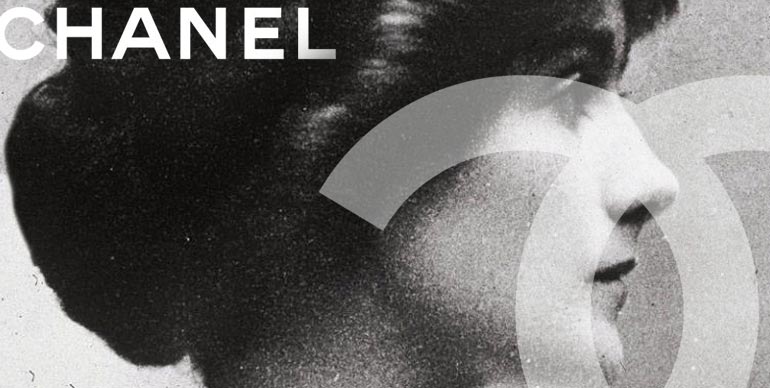 Coco Chanel has entered the echelons of myth and legend. Her rags-to-riches story of a girl who rose from orphan to fashionista held the world captive. It was Chanel who brought us the little black dress and replaced the corset with suits and women’s trousers. It was Chanel who gave us quotes like, “I don’t do fashion. I am fashion.” She was a lover to royalty and a goddess of fashion. Holly Golightly with the arrogance of Kanye West. Yet, as it is with most heroines, Chanel is not quite the pure if fashionably conceited designer we have been taught to see. There are secrets. I thought you might like to discover the true woman behind the label, so here are five things you probably didn’t know about Gabrielle “Coco” Chanel.

Chanel Was Sort of Raised By Nuns

Baby Chanel didn’t have the best life. After her mother died when she was six, her overwhelmed father dumped her and her siblings off at a relative’s house and left. These relatives promptly dumped the children into an orphanage run by nuns. Thus, Chanel learned the fundamentals of sewing from strict Catholic habit-topped sisters. If the nuns had known what would become of their star pupil, one wonders if they would have taught with such zeal. Tiny dresses and sexy perfumes aren’t exactly monastery-approved.

Chanel and Piaf Have More In Common Than Being French

Before she took to fashion, Chanel had a brief career as a singer under the name Gabrielle. Unlike Piaf, who was discovered singing on the streets, Chanel would perform in clubs in Vichy and Moulins. One night, after a particularly playful rendition of “Who Has Seen Coco in the Trocadéro?,” The nickname Coco was born. Chanel didn’t stick with singing for long. Good thing. If it had been Coco versus Piaf in the history books, I’m pretty sure Chanel would be a mere footnote.

Chanel’s sex life was on point. As one might expect, her status as a French female fashion designer was enough to make most men swoon. Add in her confidence and charm and you had the makings of a drop-dead diva. The fact that Chanel knew she was sexy as f*** didn’t help any of the men smitten by her. She used her first two serious lovers to fund her first Parisian shop, a millinery on Rue Cambon. The Duke of Westminster was her ultimate legendary suitor. Though he proposed to her in splendid fashion, Coco was unimpressed. “There have been several Duchesses of Westminster,” she told him. “There is only one Chanel.” The Duke seemed not to understand “No means no.” Despite the rejection, he had all the lampposts of Westminster inscribed with her iconic initials.

Some People Say Chanel Was A Spy

In 2011, an American historian released a book claiming Chanel not only had a passionate affair with a Nazi spy but that she herself was a spy for the Third Reich. Hal Vaughn, the man behind the book, is adamant that his research is correct and Chanel took orders from the SS in 1940. Perhaps her affair with the dashing Baron von Dincklage went a little too deep? Conjecture is conjecture. “The dogs bark and the caravans pass” and Chanel will be a fashion giant for many more years to come. It seems the French expression rings true.

Does it really come as a surprise that the biggest woman in fashion became the first to name a perfume after herself? Let’s be honest. Who else but the woman who “was fashion” would debut such a thing? The iconic Chanel No. 5 originally mixed by French-Russian chemist Ernest Beaux still exists today. You can buy a bit of history and wear it on your next date. I’m sure Chanel would have a smug smile on her face to see you give in.

Now that you know the deep dark, and potentially false, Chanel secrets, will you close the vault of mystery and continue spritzing that Chanel No. 5 or dig deeper? The choice is yours! As Chanel would say, “You live but once; you might as well be amusing.”