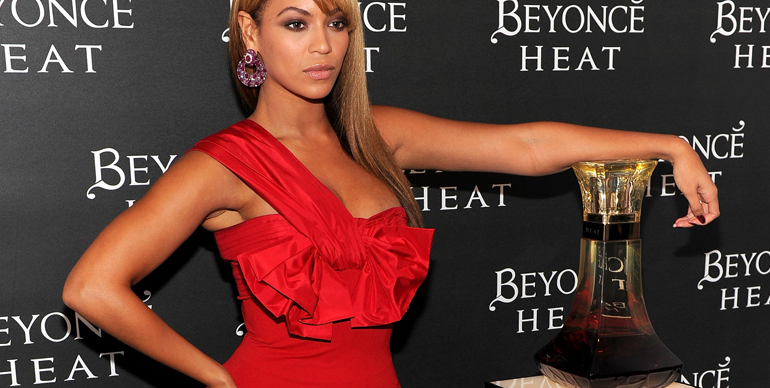 Who wants to smell like a celebrity? The question sounds loaded with obsessive connotations, but it’s not as ridiculous than you might think. Truth is, a lot of people are interested in how celebrities smell, or rather, how they think people should smell. That’s right. Starting with Elizabeth Taylor’s iconic White Diamonds perfume back in 1991, the age of celebrity has introduced us to a whole new type of vanity fragrance. Rather than simply bearing the name of their designers, luxury scents now boast the names of Hollywood’s finest stars thanks to extensive collaborations between the worlds of film and beauty. Turns out smelling like a celebrity isn’t a sign of going crazy, but a response to the 21st-century’s fascination with fame as filtered through the fashion industry. Super fan or not, here are the top celebrity fragrance lines on the market. Which spritz of stardom will you choose?

Missing Rachel amidst this widespread 90s renaissance? Why not try a whiff of J by Jennifer Aniston for comfort?

Beyoncé’s many excursions into the world of perfume have resulted in plentiful variations on this common theme. They include Midnight Heat, Heat Wild Orchid, and the recent Pulse NYC.

It’s no surprise the luscious Carrie Bradshaw inspired Sarah Jessica Parker to take a stab at perfumery. Though she’s had many successes, there’s none better than this Big Apple classic.

Only the Biebs would launch fragrances with empty millennial names like Someday, The Key, and his most popular, Girlfriend. Welcome to the epitome of teen girl perfume.

Sold in over 30 countries, Halle Berry’s eponymous fragrance brand has achieved international recognition. Get the best of Halle scents with this delicious floral blend.

Madonna says her famed celebrity fragrance was crafted after the memory of her mother’s feminine scent. Isn’t the packaging covered in her iconic 80s headshot simply irresistible?

Celebrity fragrances aren’t all geared toward women. If your guy is looking for a product to boost his scent, steer him toward David Beckham’s signature line of scents.

Rihanna has a penchant for aggressive, one-word perfumes. This year she’s breaking both those rules with her new Rogue Man. It’s also the star’s first scent for men.

The newest fragrance from Katy Perry is Killer Queen, but we want to talk about Purr. Playful to the max, isn’t this the cutest perfume bottle you’ve ever seen?

Yet another indication that the 90s aren’t going anywhere. Spears career may not be resurfacing, but her fragrances sure are.

Perhaps the most unexpected celebrity fragrance belongs to Gwen Stefani. She crafted an entire collection of small dolls along with her perfume to maximize sales.

Shawn Carter’s only cologne for men is Jay Z’s minimalistic Gold. Every embossed detail here is on point, oozing with style and confidence.

Trending perfumes from celebrities are selling so fast Avril Lavigne already has three primary collections under her belt before the age of 30.

M by Mariah Carey is practically mythical by now. With new variations coming out twice a year, you could stock your whole perfume shelf with different versions of M.

For all you hopeful romantics out there, T-Swift has bottled up her melancholic love into a fragrance you can wear about town. Even the packaging is fairy tale perfect.

Never one to abide by toned down fashion rules, Nicki Minaj’s fragrances pop with the vibrancy of a chaotic 90s rave. If you want to draw a crowd, this scent will help you do it.

So, you see, celebrities are quite adept when it comes to fragrances. There’s no reason to feel shame if you want to smell like them. It’s all about taking what little stardom can get. Maybe you don’t have the voice or acting chops to be a star, but you sure can smell like one.