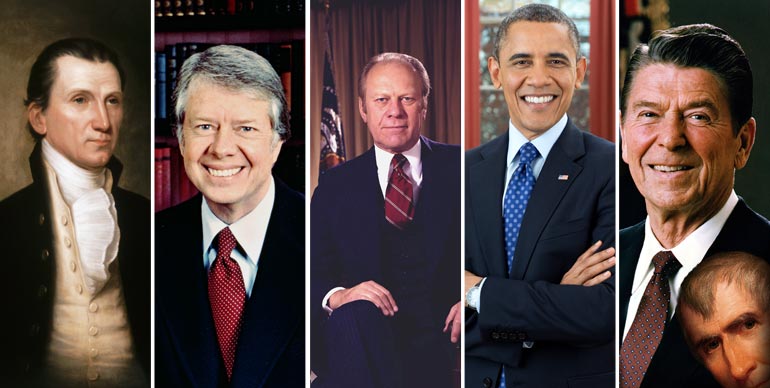 Sometimes being the leader of the free world means you have to let a few things slide. You might not get to sit down for dinner with your family every night. Sometimes, you might not get to eat dinner at all. When something like a hostage crisis is on the table, all your energy goes into protecting the American people as best you can. Another thing that sometimes falls to the wayside when you’re swamped with Presidential duties is fashion. Getting dressed up for the public’s eye every morning is a bitch when you’re a normal person with a regular commute. Imagine how frustrating it must be to a President? In celebration of pantsuits, red power ties, and grievous political missteps, let’s look back at some of the worst dressed presidents in American history. Get ready to shake your head in dismay.

There was never a time you couldn’t be out of style. Monroe demonstrated this by refusing to update his wardrobe after winning the presidency in 1816. While the people around him were exploring long pants and top hats, this stubborn president continued to wear his Revolutionary War garb. Tri-cornered hats and knee breeches may have been iconic on George Washington, but on Monroe, it just looked like a man who was trying too hard.

My fashion message to President Carter is short and sweet. You are not Mr. Rodgers. If you were, you would know grandpa sweaters are only acceptable in primary colors. (You might get away with an occasional green, too.) Never ever address your nation in a beige cardigan. I love Jimmy for his one-of-the-peoples ambitions. I just know he could do it with more class and less frump.

When you’re a male klutz it’s no surprise if you fail at fashion. There were a lot of sh*tty things for Ford to do when he took over the Oval Office after Nixon’s resignation and he never quite escaped the shadows of his disgraced predecessor. He never filled out those gigantic suit jackets either. Is it an everyman tactic to wear large hand-me-downs while in the White House?

In diplomatic settings, Obama has it down. He made our list of best dressed world leaders, even. He’s out there rocking the slim suit and he wears it better than most politicians. However, when it comes to casual wear, the President is less adept. Those shapeless “dad jeans” are hideous. It’s mysterious how a man can get so much right in one area and still find these jeans acceptable. Sometimes he even wears mandals with the ensemble.

You can blame the striped ties and stuffy suits on 80s business fashion, but even a wild decade doesn’t excuse sweatpants with a shirt and tie. Reagan’s casual wardrobe also included a beanie and classic cowboy jeans. Sometimes it seemed all he did on vacation were Lou Reed impersonations. Years later, “Dubya” tried the country boy look with a little more success, but I’m still not convinced. Cowboys are supposed to be sexy. How did these two men get it so wrong?

If ever there was a facepalm moment in the history of presidential fashion, it’s the inauguration outfit worn by Mr. Harrison. The flaw wasn’t even in the look of the outfit. It was the president-elect’s decision to wear short sleeves on a wet cold afternoon. 41 days later, the man was dead. Let this be a lesson to you all. Dressing for the weather is important. It could save your life. 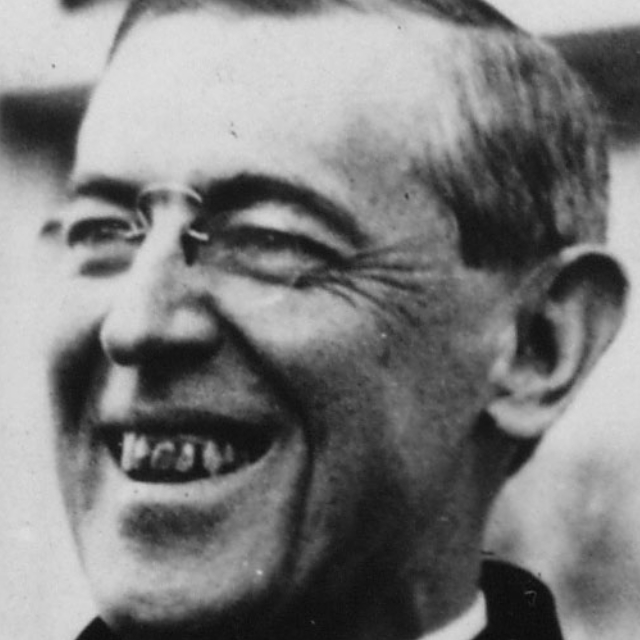 Stiff wool suits were fashionable in the early 20th century, so we can’t get too mad at Wilson for succumbing to popular trends. We can get on him about his teeth. The man had the worst teeth of all modern Presidents. They were so rotten they led to atherosclerosis and a devastating stroke in 1919. So, while we’re on a roll learning valuable lessons, don’t forget to brush your teeth!