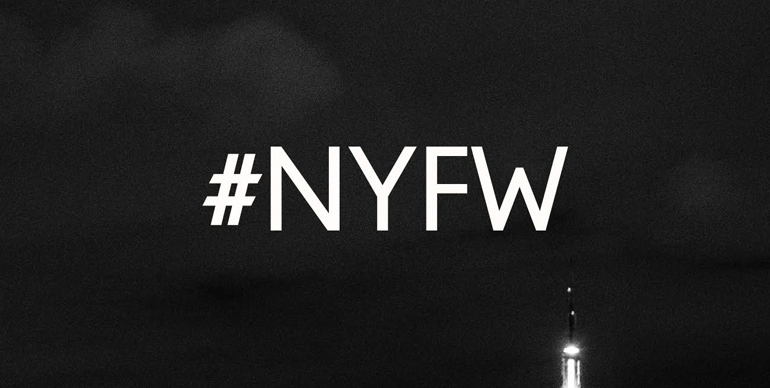 It’s that time of year again. The season when green leaves start to turn brown, sunny afternoons become chilly, and the style elite of the world swarm into New York City for fashion’s biggest bi-annual celebration ever. That’s right. NYFW is here in all its glory to stun, shock, impress, and inspire like it always does. In fact, it’s already had that effect even though the shows don’t really kick off until tonight and the first official day according to most calendars is tomorrow. What comebacks and surprises are people already getting worked up about? Here’s our countdown of what to expect and what not to miss at NYFW Spring 2018.

90s TOM FORD IS BACK

The man who defined racy ad campaigns and sexually charged perfumes is expected to make headlines this week with a comeback of decadent proportions. He’s said he’ll be returning to what works, a statement we’re sure means Nineties Tom will rule the runway once again. He’s even hosting the week’s first after-party, an unexpected break from his typically intimate showcases.

RIHANNA IS BACK FROM PARIS

Fenty Puma x Rihanna may have debuted in Paris, but this year the American popstar is bringing her collaborative collection to NYFW. Expect an air of rebellion mixed with fun-filled fashion extravagances. There won’t be nearly as much Marie Antoinette pink this time around, but who needs pink when you have Rihanna in the house?

Raf successfully smashed his freshman collection for Calvin Klein and has been advancing rapidly as the brand’s new creative leader ever since. Just last month he relaunched the Klein flagship store with shimmering yellow interiors and an industrial vibe. This week, he’ll be taking on the challenging feat of mastering his sophomore collection. Whatever lies in store, it’s sure to be worth watching.

There will be no Ralph Lauren show in Manhattan this week, but the designer is still very much in play. He’s just changed venues, opting for a see-now-buy-now celebration hosted from the garage of his Long Island home. Lauren has always been a great ambassador for Americana. This time, he’s advertising American hospitality alongside his classic designs.

The Nineties are back in more ways than one. Tom Ford is back to his sexy self and Cindy Crawford’s daughter Kaia is carrying on mom’s legacy on the Marc Jacobs runway. At least, that’s what the rumor mill is saying. We won’t know for sure until Sept. 13, but if social media is anything to go by, Garber is about to go big.

Kanye West never does the predictable thing when it comes to fashion. He also has a reputation for attempting the odd and, yes, the impossible. This week’s collection is going to be an experience, but it remains to be seen where that experience will take place and how to get there. At least Yeezy keeps us on our toes.

SHOWS WILL BE EVERYWHERE

Yeezy is going to be… somewhere. Ralph Lauren is hosting at his home garage. Fashion week is spreading out this season. Odds are if you attend, you’ll find yourself in Brooklyn or at least the Upper East Side before the week is over. Why not take the opportunity to explore parts of town you don’t usually visit? They say New York is a helluva town.

Pop-up stores have been all the rage since 2016. This year, the pop-up restaurant is joining in. If you truly want to delve in and experience the wonders of fashion week, try eating at NYFW’s pop-up of all pop-ups, René Redzepi’s Noma. All you need is $600 for a meal.

It’s going to be a magnificent week of fun and fashion. Keep up-to-date with exclusive Richard Magazine coverage and more. Seriously. Find us on Twitter and Instagram so you don’t miss out.