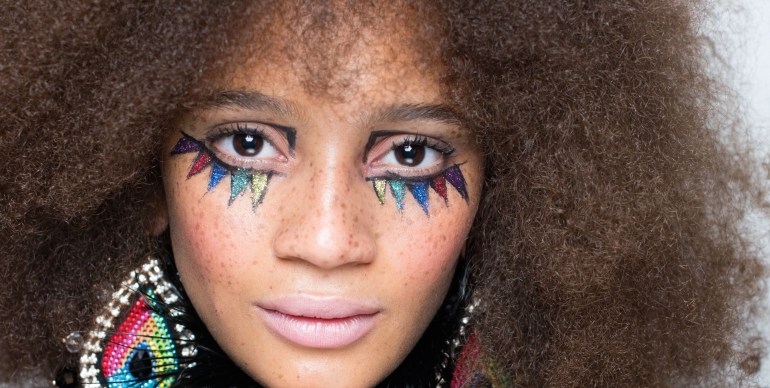 The fountain of youth hides in strange places. Sometimes it sits at the end of a needle as you get your face injected with Botox. In more extreme situations it can be found in your own blood transferred to your face by hungry leeches. Clearly, the beauty world has no qualms about probing weird and even dangerous procedures to give its consumers the youthful complexions they’re longing to rediscover. It’s not just eccentrics and mad scientist beauticians experimenting with these wacky treatments though. Often, celebrities are the driving force behind bizarre beauty secrets. Remember when Madonna was using a face cream made from the human placenta? It’s an extreme example but it proves our point. Stars are even more than willing to engage in wacky behavior if it can take a few years off their appearance. Here are the procedures that make us most squeamish. There’s some seriously wacky stuff out there.

BIRD DROPPINGS ON YOUR FACE

Originally a Japanese procedure, bird excrement has caught on over the last few years and is now a multi-million dollar treatment. High-end spas charge by the hundreds to slather a mixture of nightingale droppings, rice bran, and water thoroughly across your face. Gross as it sounds, excrement facials do have a celebrity following, specifically power couple David and Victoria Beckham. That’s probably because they’re actually effective. Leave this mixture on for an hour and your skin will feel soft, shiny, and smooth as new. If you can get over the fact your face will literally be covered in poop for 60 minutes the benefits are well worth it.

SNAKE VENOM FOR THE WIN

This isn’t some freaky procedure that involves real-life snakes biting you to inject their poison underneath your skin. The venom-based product Syn-ake is merely a synthetic imitation, modeled after the chemicals in snake venom that allow vipers to paralyze their prey. Much like Botox, it eliminates wrinkles and other skin ailments by helping tense muscles to loosen up and relax. If it sounds too suspicious to you, look up some of the celebrity reviews. Gwyneth Paltrow, Katie Holmes, and Debra Messing all used this strange Swiss beauty product with favorable results.

SWEETEN YOUR BREATH WITH VODKA

Minty fresh breath and strong alcohol go so well together on a night out that some celebrities are using them in tandem. These runway party girls are using a mixture of vodka, mint springs, and cinnamon to keep their breath fresh and prevent too much heavy whiskey from staining their pearly white teeth. Though people tend to trust Victoria’s Secret supermodels when it comes to fashion and beauty advice, celebrity dentist Jennifer Jablow advises you to think twice before gargling vodka mouthwash. Apparently, it causes more bad breath than it fixes.

LET SOME FISH NIBBLE ON YOUR FEET

Sitting back while a pedicurist scrapes your foot lightly with a pumice stone is all well and good, but your feet could be getting a lot more detailed attention from a team of underwater specialists. Most common in warm climates like Italy and Greece, fish pedicures are quickly popping up everywhere these days. They’re pretty simple if you don’t mind getting up and close with nature. Simply dip your feet in a vat of fish and let the little swimmers nibble away all your dead skin. Even though it involves animals eating away at your flesh, this strange treatment is very safe. Angelina Jolie trusted it so much she let her young sons give it a try.

FRESHEN UP WITH EARTHWORM POOP

Earthworms are famous for loosening up soil as they eat and poop their way through a flowerbed or field. Turns out gardening isn’t the only thing their feces are useful for. If you’re suffering from psoriasis or eczema, earthworm excrement will help get you on the road to recovery. This product also helps eliminate wrinkles if you use it on a day-to-day regimen. It really can boost your beauty look, so think of it as a glorified mud facial to evade the messy reality.

APPLY SOME JEWELS TO YOUR YOU-KNOW-WHERE

If you’re lost as to what we’re talking about here, we’ll give you a hint. Jennifer Love Hewitt refers to this body bling trend as “vajazzling.” That’s right. Rather than using Brazilian wax to make her nether regions shine, Hewitt prefers to sprinkle her va-jay-jay with Swarovski crystals. There’s nothing particularly healing about this strange beauty procedure. According to the story, Jennifer just did it to get over a horrible breakup. Maybe it can perk you up after heartbreak the same way.

INJECT BOTOX ALL OVER YOUR BODY

Botox is always risky. Inferior products can sit under your skin like concrete rather than helping to solve those pesky lines and wrinkles. The cons don’t often dissuade celebrities though. In fact, many believe in the power of Botox so much that they use it to correct far more than facial wrinkles. In 2017, stars are getting the expensive treatment on their heels to numb the pain of stilettos, under arms to lessen sweating, and even around their lips to prevent gummy smiles. Basically, if you can afford it, Botox is trendy no matter where you inject it.

They may not be as prolific in their absurd tastes as beauty gurus, but celebrities are to blame for a lot of bizarre beauty trends in the upper echelons of Hollywood. See these fads as a cautionary tale. Chasing the fountain of youth can be an eccentric pastime.