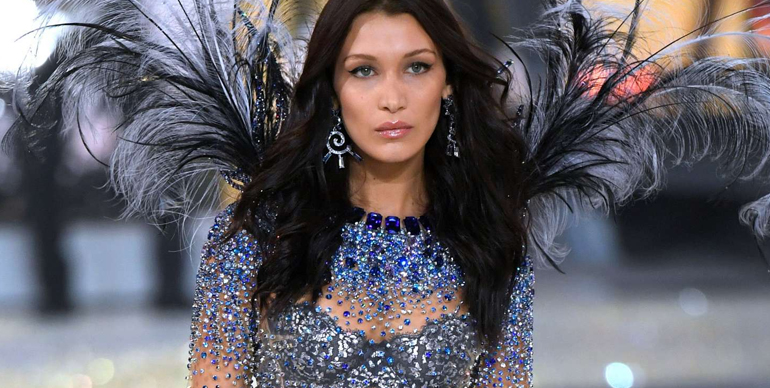 If we told you it’s Angel season, you’d be justified in telling us to settle down. Lingerie’s biggest night of the year won’t happen for another two months and a bit more. However, there’s a method to our madness. Sure, The 2017 Victoria’s Secret Fashion Show won’t take to the catwalk until November, but the cast of sexy ladies who will represent seductive attire’s biggest name has just been chosen. That’s right. You can follow every member of the brand’s returning all-star team on Instagram and watch their Twitter accounts for behind-the-scenes coverage leading up to the big day. So, grab your phones and get those fingers poised over the like button. Just in case you missed them last year, here are the returners confirmed to be flaunting their stuff again at 2017’s VS Fashion Show.

One of the returning Angels, Candice is also an excellent photographer. Just check out her Instagram feed.

Martha basically announced her inclusion in the 2017 VS Show with major nostalgia. Points for #tbt worthiness for sure.

Stella is a VS runway veteran. Just look at the ease with which she holds her wings.

It’s no secret Gigi loves being an Angel. Good thing too, since she keeps getting cast.

The sisters are back! These two are repeating their duet performance from last year. Always nice to have a little sibling power lording it over the runway.

She’s got a killer sense of humor and always films the best behind-the-scenes content. Come November, you should be glued to her revealing feed.

Second-timer Grace is all about the empowering things like family and #pinknation. It’s refreshing to see her back for seconds.

Representing her home country of China once again, Xiao is making impressive strides for diversity on the VS runway.

Taking her casting announcement as a moment for personal reflection, Daniela reminds us Angels are also relatable human beings.

Herieth’s smiling face will be a brilliant addition to the VS Fashion Show. We love the pixie cut too. Definitely mark her down as a model to watch this season.

She’s a simple fashionista known for wearing unimposing outfits. What an excellent choice for the VS runway.

Sanne is ready for her third time working on Victoria’s Secret’s biggest day of the year. She also happens to be an excellent role model for 90s-obsessed fashionistas.

For her announcement, Maria congratulated her fellow models for getting into the VS Show with her. She must be the Angel with a heart of gold.

Sexy vintage is this Angel’s specialty. Even in her VS robe, she evokes Stockard Channing and the gang from Grease.

A classic VS girl who has those 90s locks going for her, Maggie seems to be proof that the more things change the more they stay the same.

Williams has Hollywood class. With her confidence, you’d think this was walk three or four, not just two.

If you somehow missed last year’s VS Show, here’s a quick glance at the board from 2016. Barbara sure knows how to draw in her fans.

With a perfect face soft as Barbie’s Kate moves with the grace expected of an Angel all the time. No wonder she got invited back for more.

Hopefully, you’re already following most of the returning Angels. If not, your Instagram just got a lot more exciting. If nothing else, this library of behind-the-scenes footage should keep you entertained until November comes along.