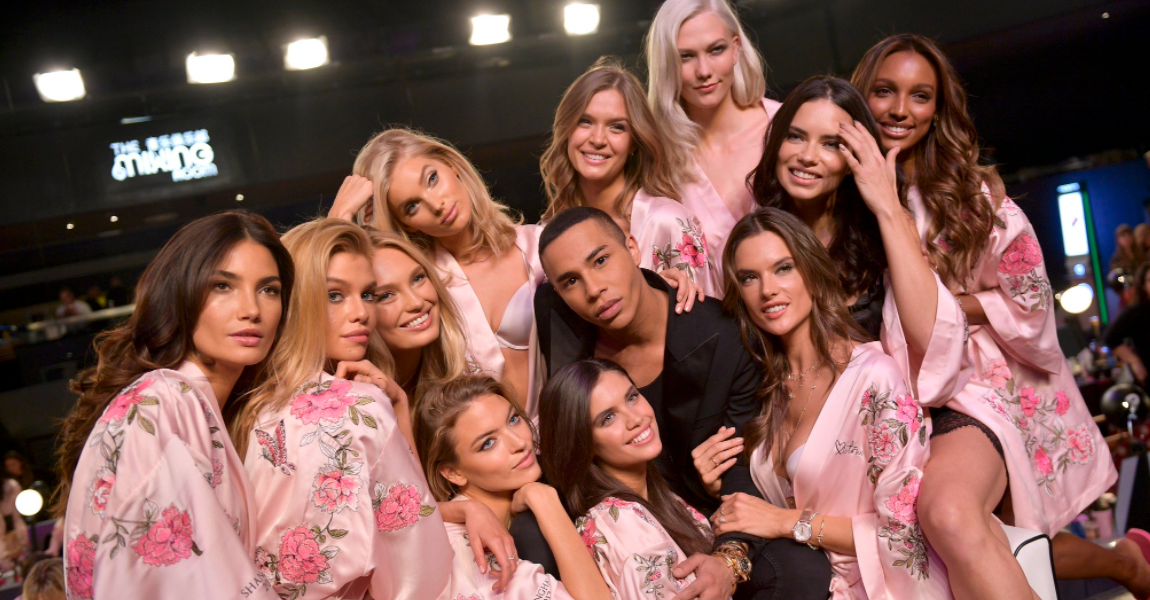 Today is the big day: the 2017 Victoria’s Secret Fashion Show was filmed in Shanghai, China. Tons of the fashion industry’s hottest models, including Bella Hadid, Karlie Kloss, Adriana Lima, Martha Hunt, Taylor Hill, Lily Aldridge, Elsa Hosk, and many more all journeyed to the location to put on one of the most exciting showcases of the season.

In addition to all the angel wings, bombshell beauty looks, and sexy lingerie styles we always expect from the brand, this year’s show marks the highly-anticipated collaboration with Balmain. We’re rounding up some of the behind-the-scenes photos shared from the event, just to hold you over until the show airs on November 28.

Are you ready for a pink takeover from all these models’ Instagram accounts? Not only is the hue Victoria’s Secret’s own signature color, but it’s the shade of the getting ready gowns everyone was wearing backstage. Lots of the gorgeous ladies had a blast posing for selfies together in their matching floral print robes.

Getting into hair and makeup before the runway show seems like an elaborate – but luxurious and glamorous! – ordeal. In addition to debuting the official fragrance of this year’s show (Bombshell Shanghai!) backstage, many models showed off their skin-bronzing, hair-curling, and skin-pampering routines before hitting the catwalk.

After so much prep work, you know that the runway show itself was dazzling. While the models didn’t want to give away too much of the upcoming show on social media themselves, several shared some incredible sneak peeks at what we can expect. (Like the official Balmain debut and Lais Ribiero modeling the $2 million gold “Fantasy Bra.”)

You will be able to watch the 2017 Victoria’s Secret Fashion Show on CBS in the United States when it hits television on Tuesday, November 28th, at 10 PM.

More from your favorite celebrity models.