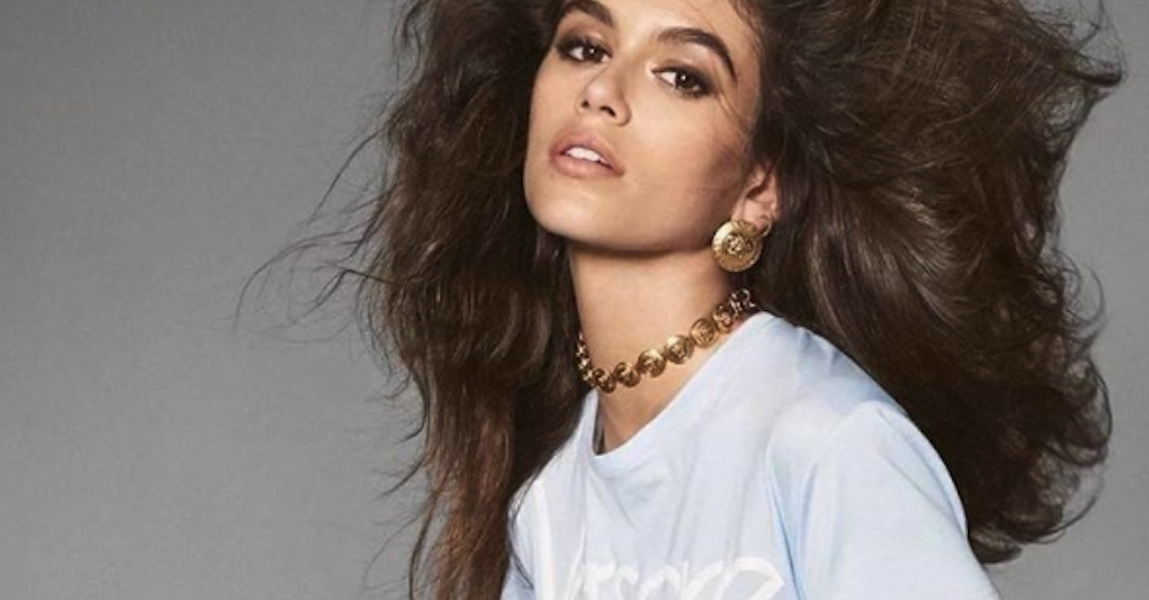 The Versace Spring 2018 campaign is all about paying tribute. The collection itself was created to honor the 20-year anniversary of the passing of Gianni Versace. But the accompanying editorial shoot honors supermodels who have influenced style over the decades. The brand tapped iconic models like Naomi Campbell, Gisele Bündchen, Christy Turlington, along with style stars like Kaia Gerber, Gigi Hadid, and more for their latest campaign.

A new school take on a family tradition – conceived by Artistic Director, @Donatella_Versace and shot by legendary collaborator #StevenMeisel, the #VersaceSS18 Campaign portrays – together for the first time in decades – some of the most iconic forces in fashion along with today’s hottest talent, in individual portraits capturing their unique personalities. #VFamily _ @iamnaomicampbell wearing a Vogue print look from the #VersaceSS18 #VersaceTribute collection. Photographed by #StevenMeisel Artistic Director: @Donatella_Versace Art Director: @FerdinandoVerderi Styled by @kjeldgaard1 Make up: @PatMcgrathreal Hair: @GuidoPalau Casting Director: @pg_dmcasting

If you recall, the brand packed the runway with the biggest supermodels in the world to close the Versace Spring 2018 runway show at Milan Fashion Week in September. A video tribute from Donatella Versace directly to her late brother Gianni also played at the event.

For Versace Campaign Creative Director Ferdinando Verderi, including these supermodels that have worked with the brand for years was asserting that the collection even more about family. “For us it was about making a family, but a family beyond DNA,” he said.

“It has been amazing shooting this campaign surrounded by all of my friends and some of Gianni’s to whom this collection is a tribute,” Donatella Versace told WWD. “I felt so many different emotions at the same time, but they were all very positive. There was such a joyful energy in the air, it was like I went in a travel machine and went back to the nineties. It was like if Gianni was on set with us.”

Clearly, the collection is committed to honoring the past, present, and future of fashion. As part of the line, you’ll find Gianni’s own prints from the 1990s. But the pieces also reflect styles that will look incredible for the social media age, exceptionally important as we move into 2018.

The entire Versace Spring 2018 tribute campaign is expected to drop on December 18.

It will reportedly be comprised of even more photos and videos of these iconic influencers. We will update you with more news as it becomes available!