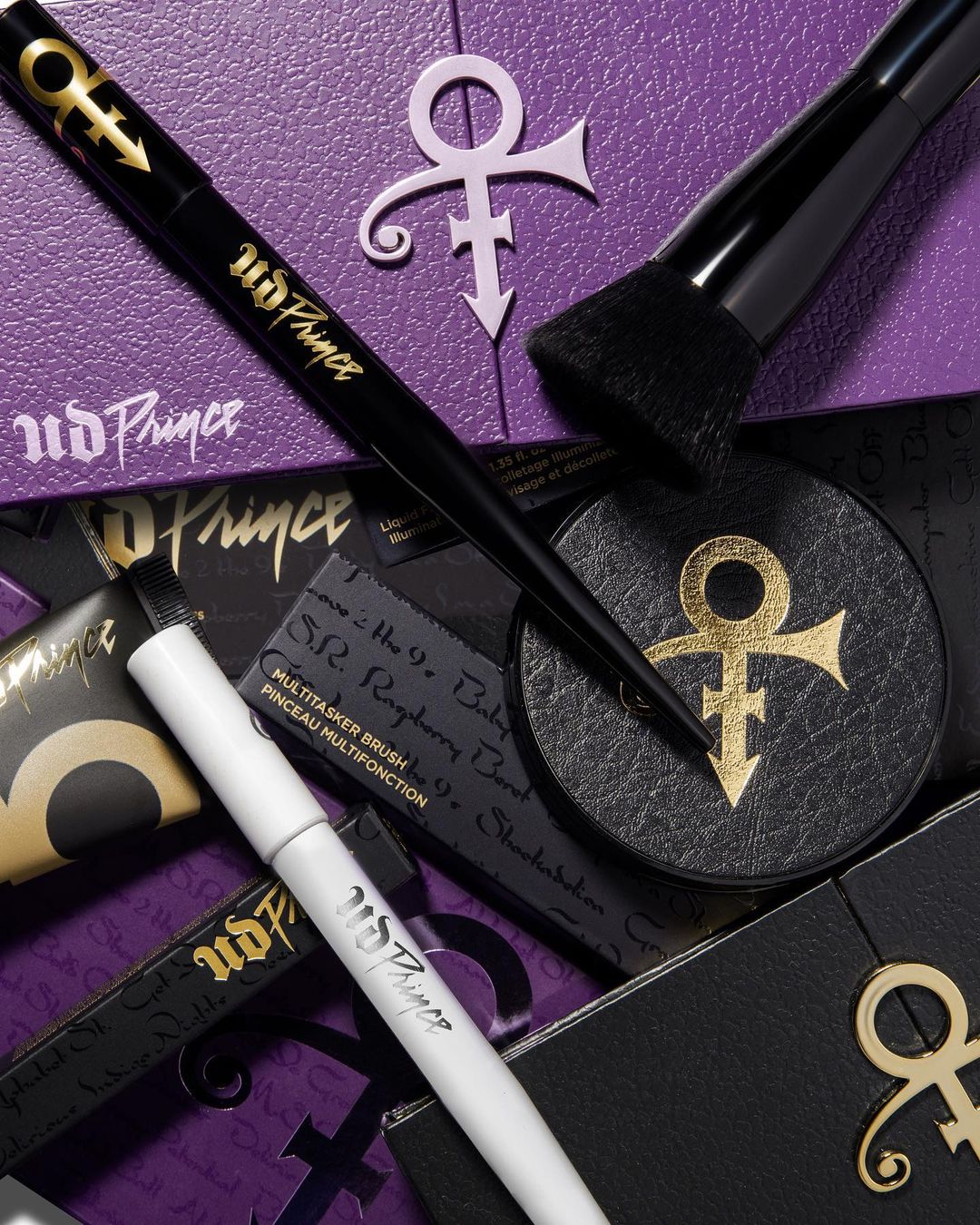 We see Urban Decay’s newest release as a total ‘Sign O’ the Times’ for trends to come. The estate of the late American musician Prince, has partnered with the makeup brand Urban Decay to release a brand-new, limited edition collection celebrating Prince’s memory.

The Urban Decay x Prince collection is a seven-piece makeup collection, created in collaboration with Prince’s estate, as well as Damaris Lewis, model, dancer and friend of Prince.

The collection will be dropping May 27, on Urban Decay’s website.

Prince, who passed away in 2013, was a famed American singer and songwriter who worked in multiple musical genres. He is well-known for his androgynous apperance and flamboyant styling, and often wore makeup in his day-to-day life. He has sold over 150 million albums worldwide, making him one of the best selling musical artists of all time.

Lewis, who is known as “The Black Muse,” was hired as a dancer for Prince’s Welcome 2 Australia Tour 2012, and then continued to perform with the singer until his passing in 2016. She served as his muse for his famed closing show at SXSW in 2013. Lewis served as the model for the collection’s campaign.

“I am beyond honored to celebrate Prince in the ways we understood each other best during the time I was able to spend learning from him,” said Lewis on an Instagram post from May 11. “The languages of movement, beauty, dance, play and giving.”

Fan reactions have varied, with some suggesting that the release is in poor taste.

“That makes me incredibly sad that Prince’s estate has been mismanaged like that,” says Twitter user @PinkYetiCup.

Another user, @raetheforce, suggests that, “People like Prince and Frida Kahlo have hated the commercialization of their names and images.”

Frida Kahlo, a late Mexican painter known for her political activism, recently had an Ulta Beauty Collection collaboration with her estate.

Other fans feel more positive about the collection, with many feeling it is the perfect celebration of Prince’s legacy.

Twitter user Chris Bournea @chrisbournea said: “Upset fans argue that a makeup line will tarnish Prince’s legacy. On the contrary, I think the face paint will VARNISH his legacy.”

Another user, @FatimaS21366999, states simply: “Ok! If there’s ever been a makeup release that I know I suddenly want simply for the concept, it’s the Urban Decay x Prince!”

Items included in the release include the following:

U Got the Look Eye Shadow Palette, $55, which features ten stunning eyeshadow shades in a variety of finishes, enclosed in a luxurious gold palette featuring a gold hinge in the shape of Prince’s Love Symbol. Gold and purple, the two colors most synonymous with Prince’s personal style, are represented in this palette.

Let’s Go Crazy Eye Shadow Palette, $55, features similar packaging, but in a purple hue. This palette leans deeply into Prince’s famed Purple Rain era, with a variety of purple tones in both metallic and matte finishes.

Kajal Eyeliners in So Dark and When Doves Cry, $25 each, will help you emulate Prince’s famous winged liner looks. The liners are black and white, respectively, and feature a creamy, smudgeable kajal textured pencil.

Liquid Highlighter, $22, is a soft and subtle highlighter featuring shea butter, perfect for the face and body. Small flecks of gold glitter will provide an interesting and unique glow, perfect for celebrating Prince’s own innate glow on stage.

All Nighter Powder, $34, is a pressed translucent powder for blotting out shine and providing a waterproof finish to your look. Urban Decay has a permanent All Nighter Powder available for purchase, with this limited edition version featuring special packaging.

Multitasker Brush, $28, is a black multi-use brush, capable of blending out every part of your face routine. The brush features a small hole in the center, allowing you to squeeze products directly onto the brush.

The entire collection can also be purchased for $225.

What do you think of this latest Urban Decay release? Do you think it celebrates Prince’s legacy, or do you think it goes against it? Would you wear this? What’s your favorite item? Sound off in the comments!