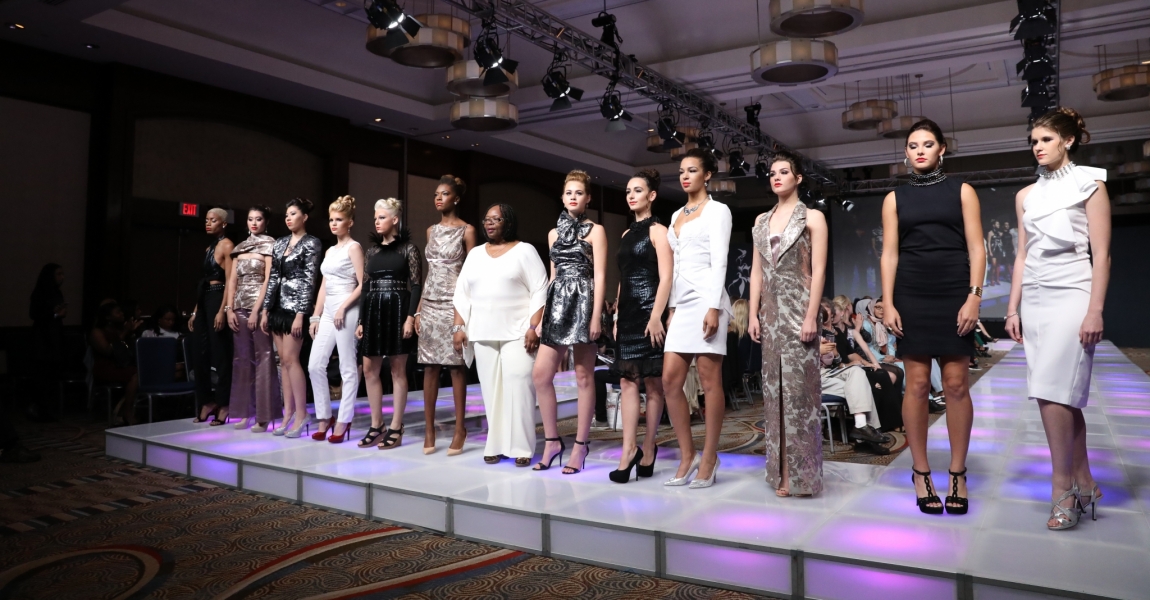 In Texas, the name UpScales Fashions 43 means artful denim apparel crafted with a customized twist. So does trend-savvy designer Evelyn Suzette Scales, the fashion-conscious yet affordable label’s respected founder. A die-hard “made to fit, made to order” designer, Scales has carefully expanded her original aesthetic to encompass a whole range of high-quality attire all made at a fashionably low price. In its eight-year history, the brand dabbled in rockabilly 50s garb, 80s-esque business-chic, and sleek black-on-black from the early aughts. It was this final style, stark fearless black referencing the great Karl Lagerfeld, that manifested most powerfully at Couture Fashion Week. This spring line featured tasteful eveningwear in monochromatic steel and muted champagne.

To keep an air of the unconventional, Evelyn mixed greyscale with striking pieces covered in studs and feather-like frills. Such designs borrowed a number of Alexander McQueen signatures, perhaps even more than Mr. Lagerfeld tropes. One such theme was the use of metallic prints. Evelyn Suzette Scales, also known as Evelyn Johnson, used shimmering patterns on pantsuits and high-collar dresses, exuding a contemporary blend of futurism and haute couture. Texture also played a part, with Johnson utilizing snakeskin and lace to add dimension wherever possible. It was this breadth of vision that made UpScales Fashions 43 stand out at NYFW. The combination of feathers and metallics, 00s and 80s, into one cohesive collection. The creative outfits paraded as a testament to the growth of UpScales Fashions 43 as a notable contender in the couture world. It seems artful denim isn’t the only trick Evelyn Johnson has up her sleeve. 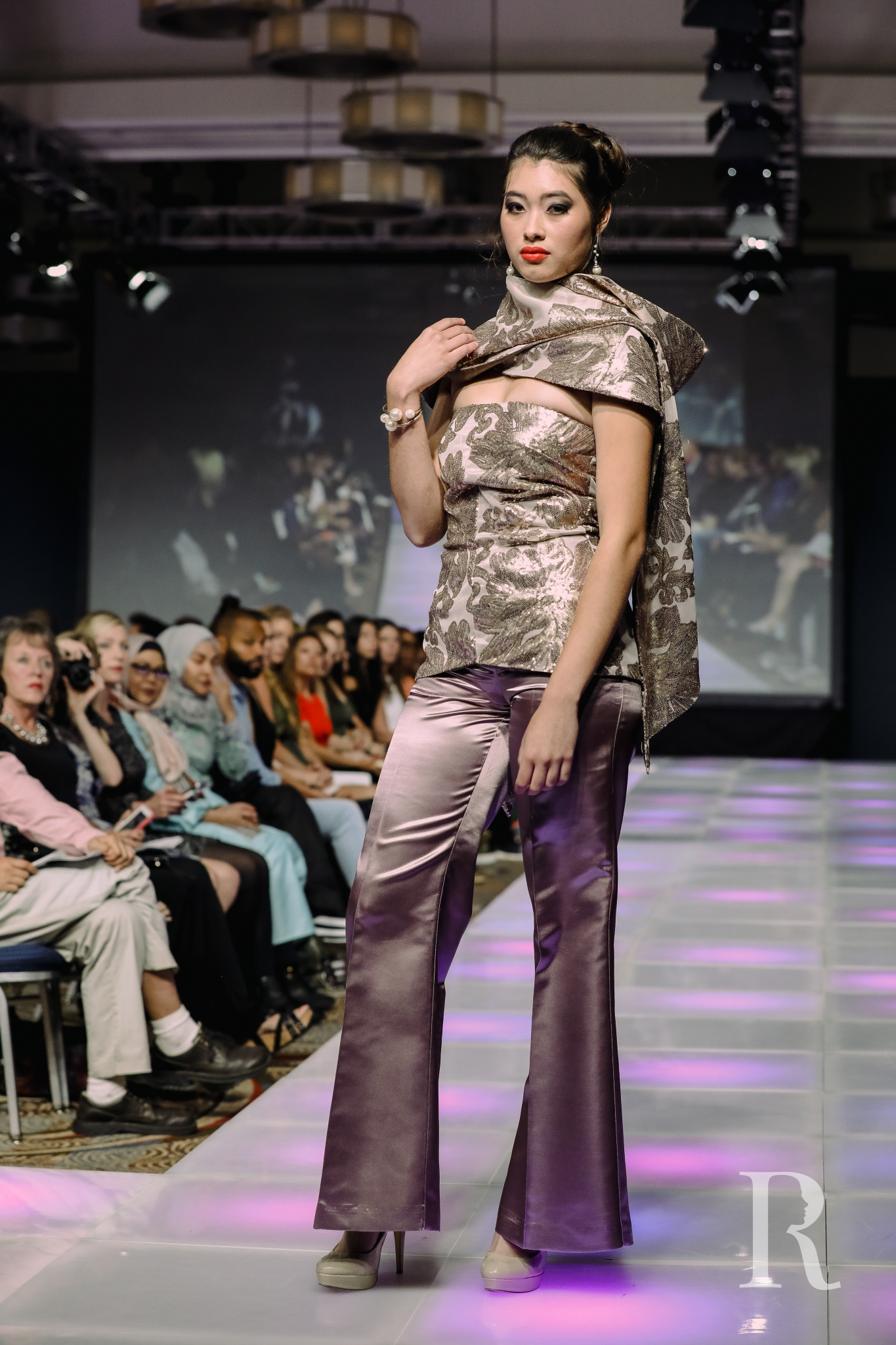 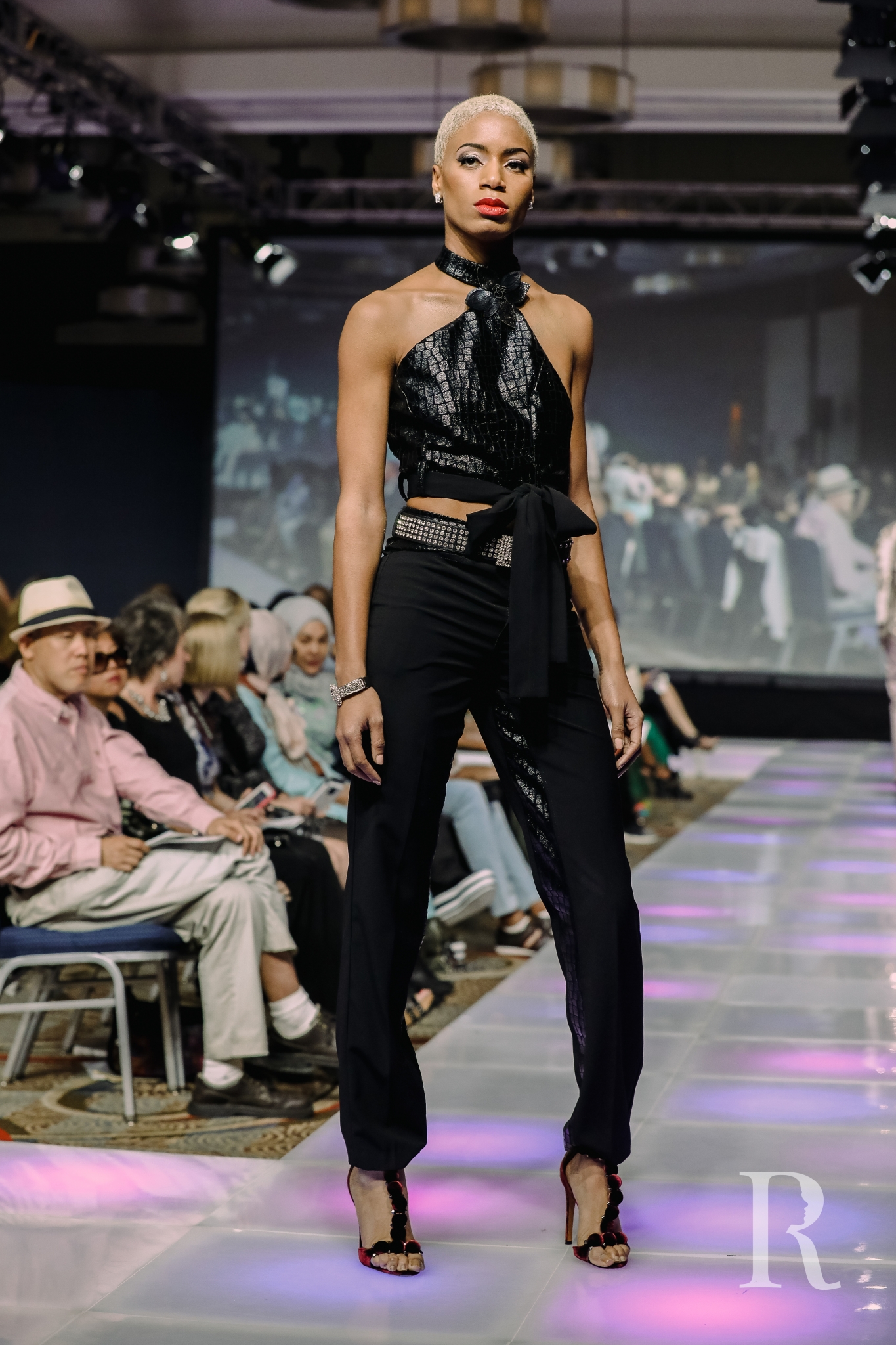 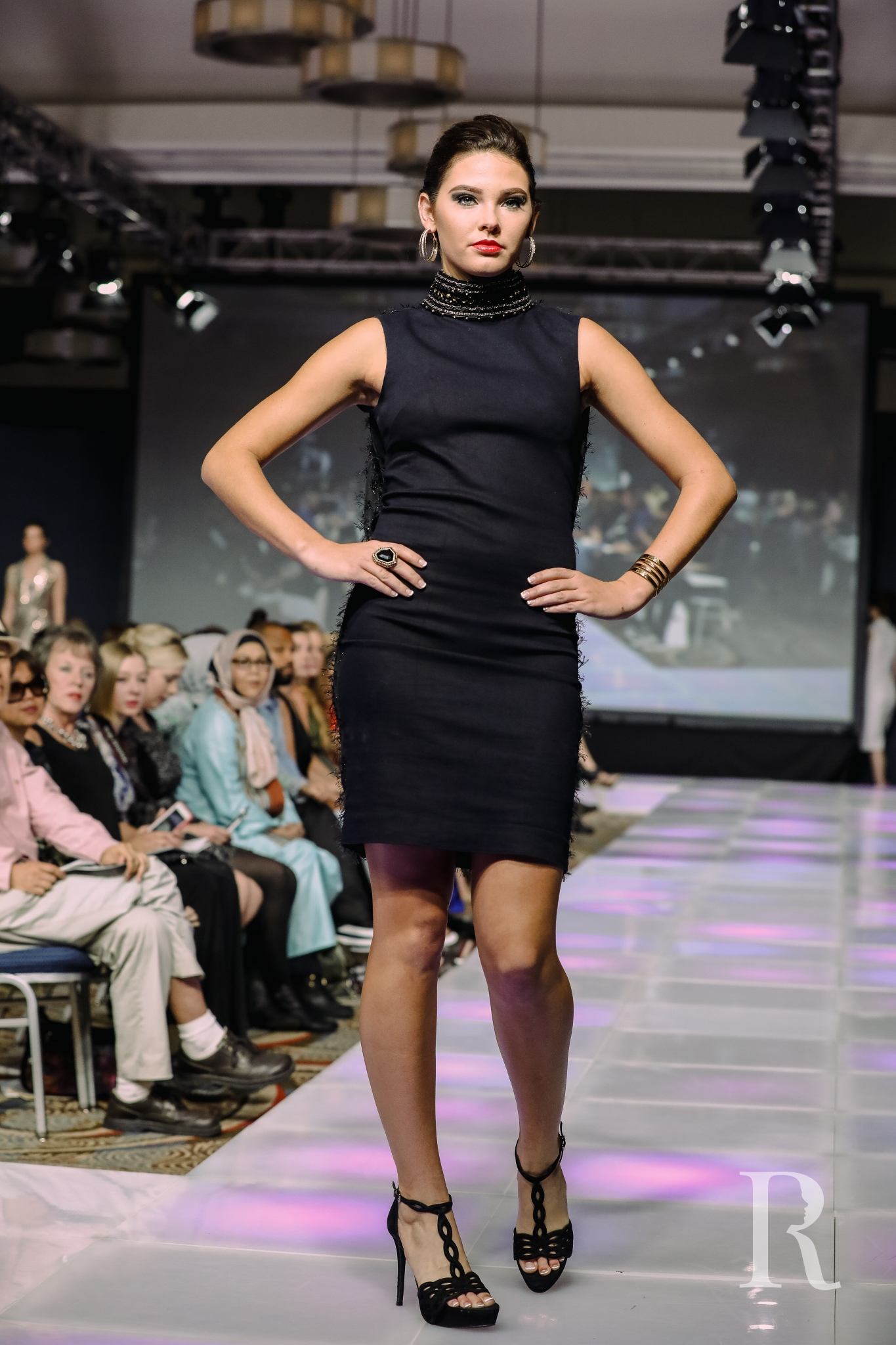 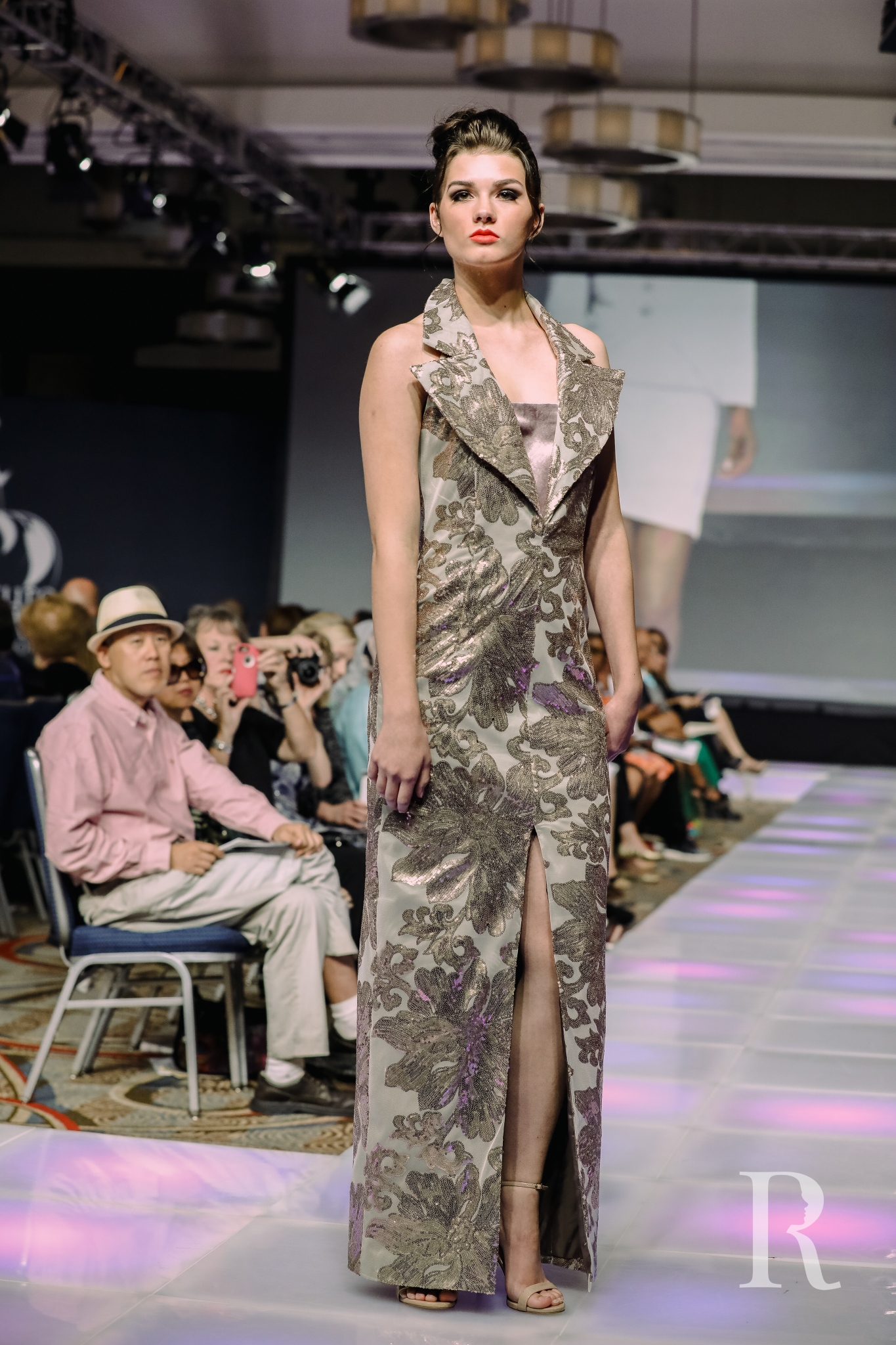 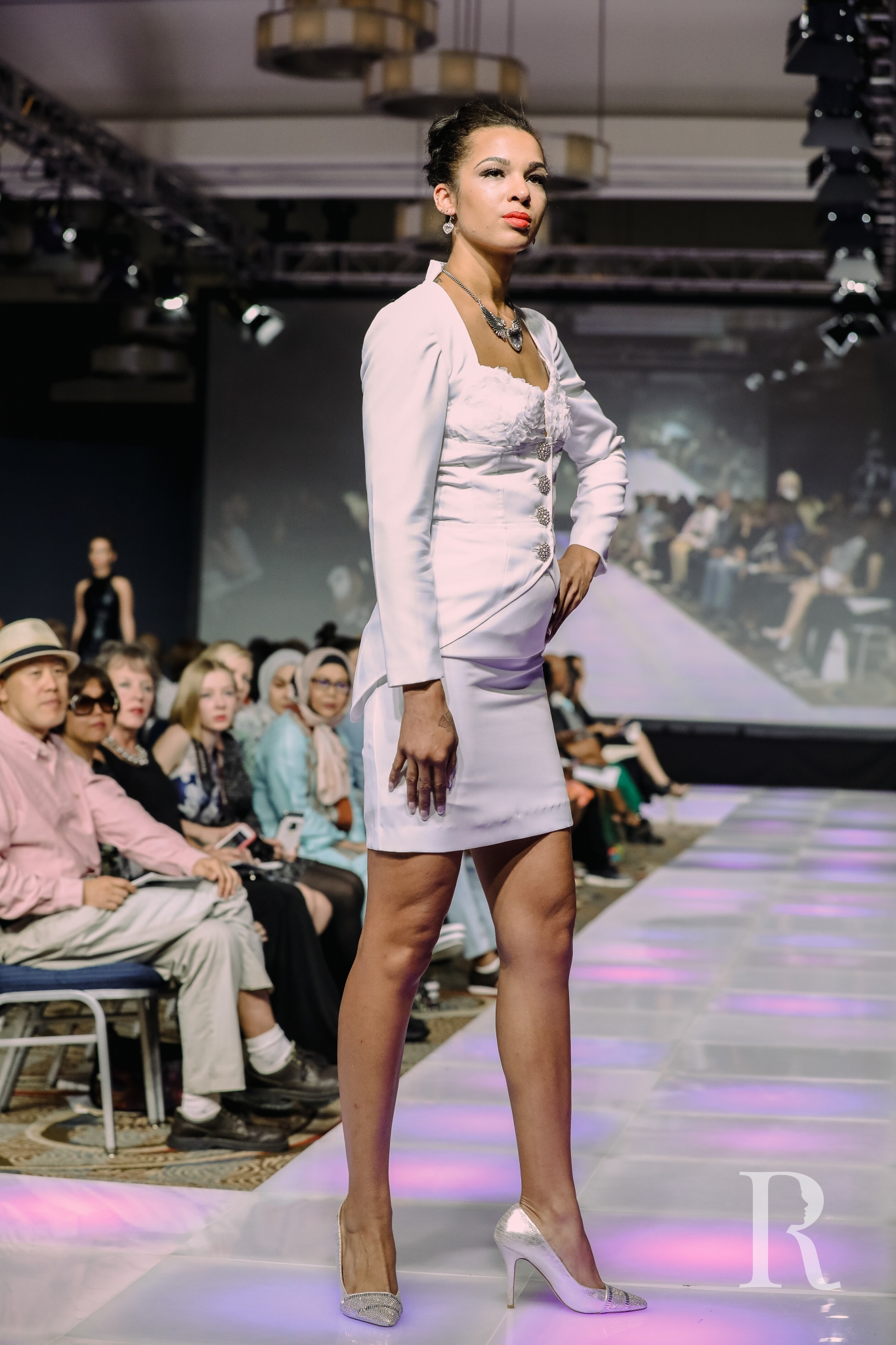 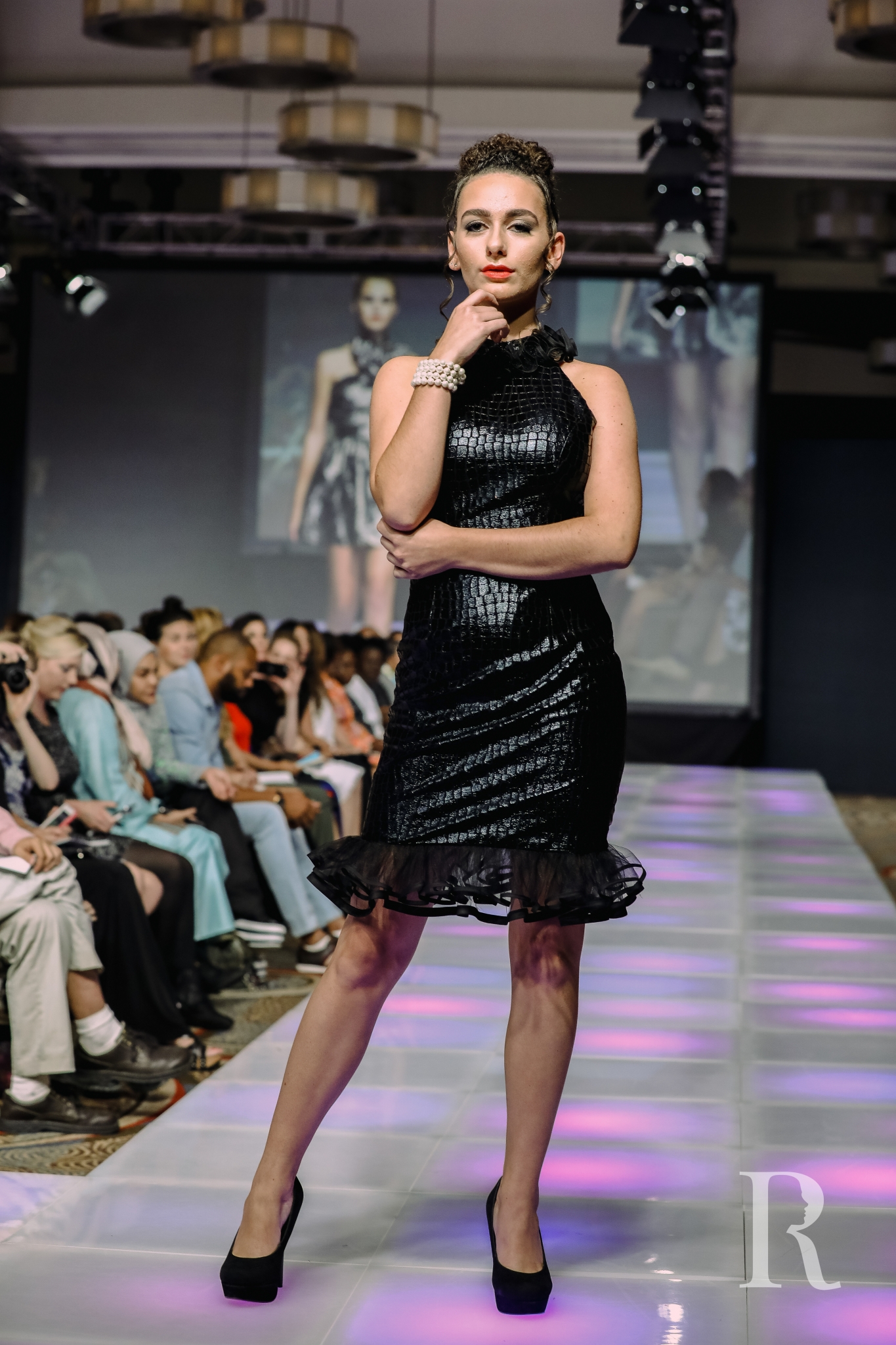 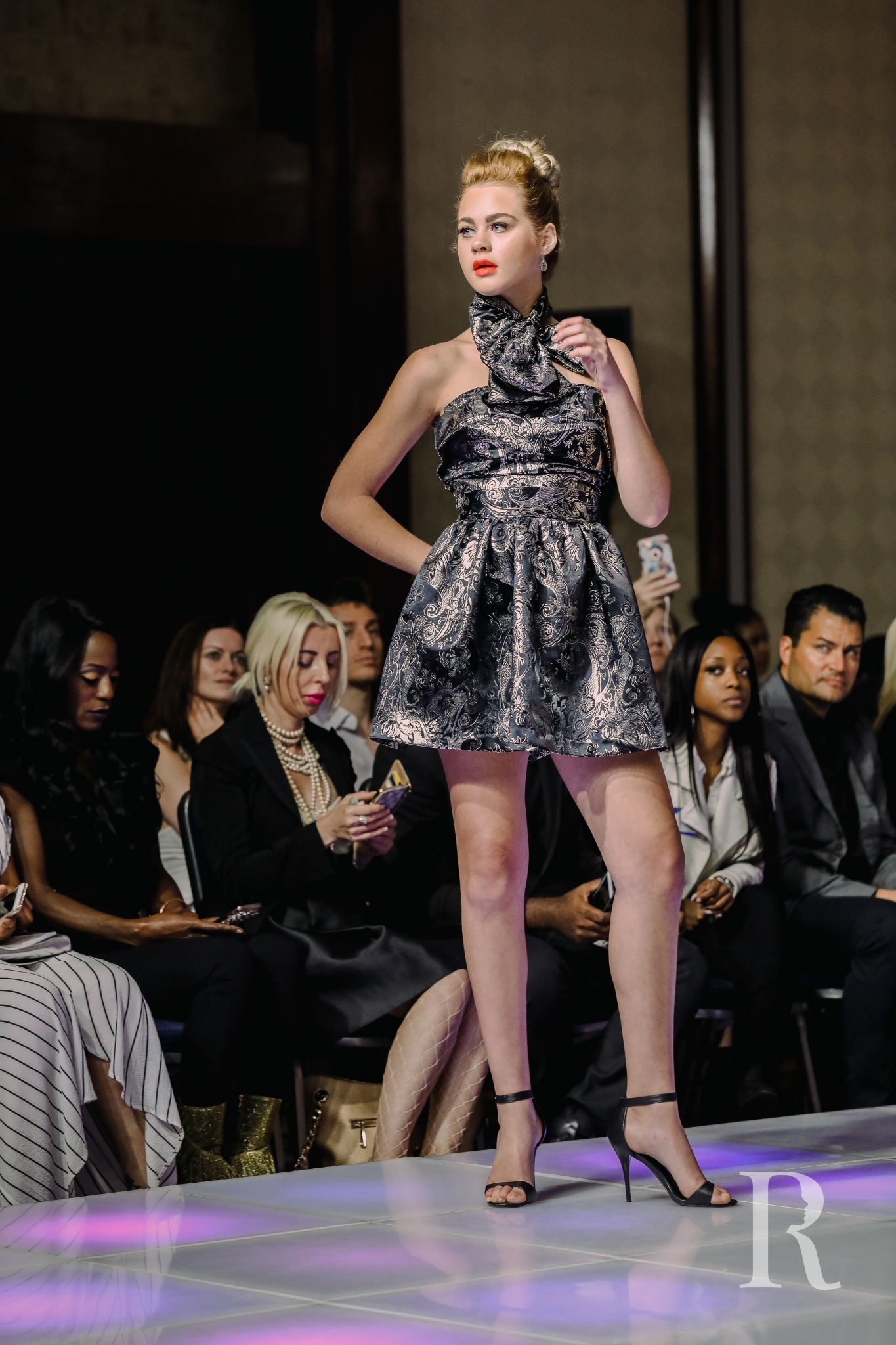 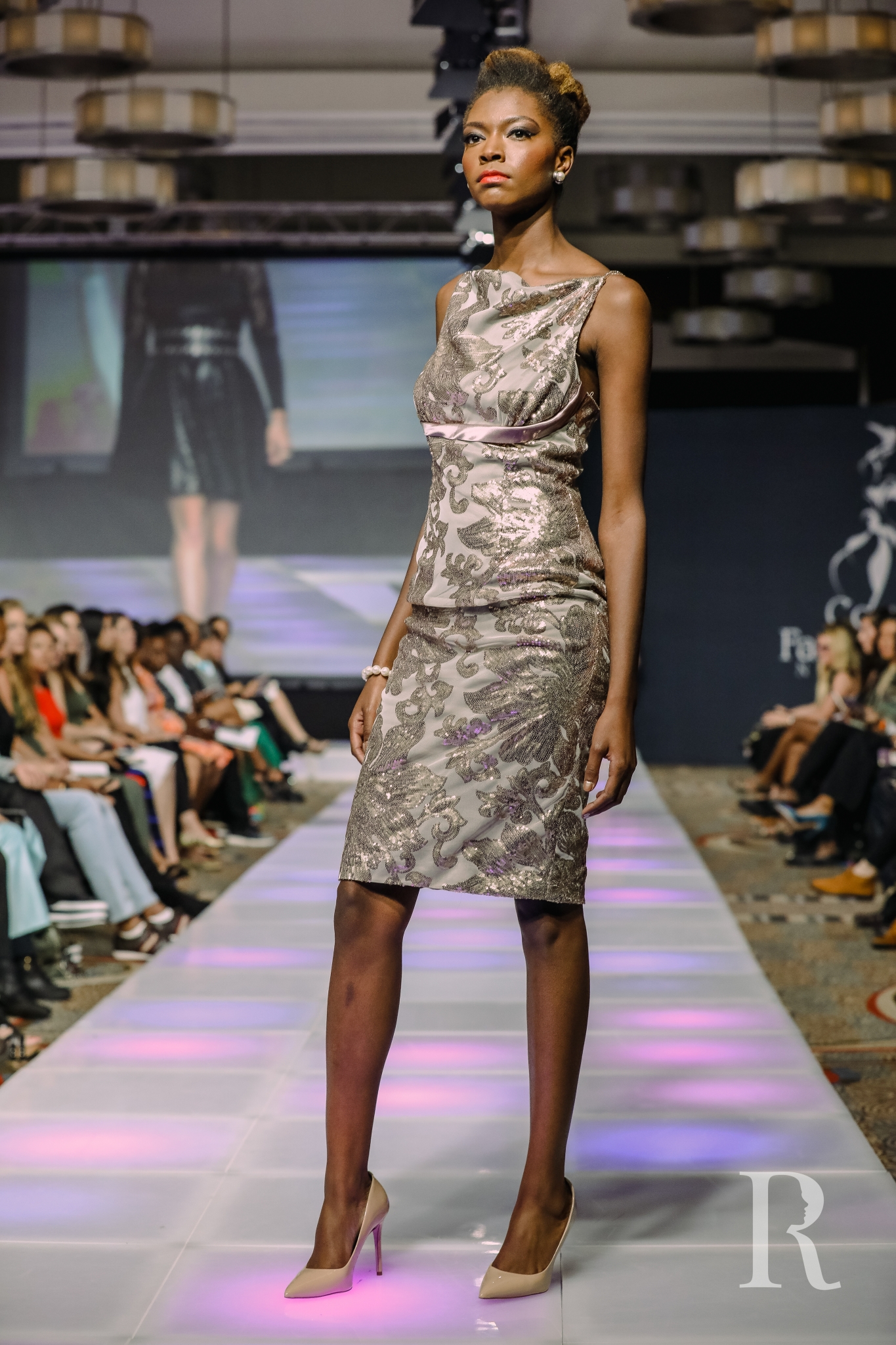 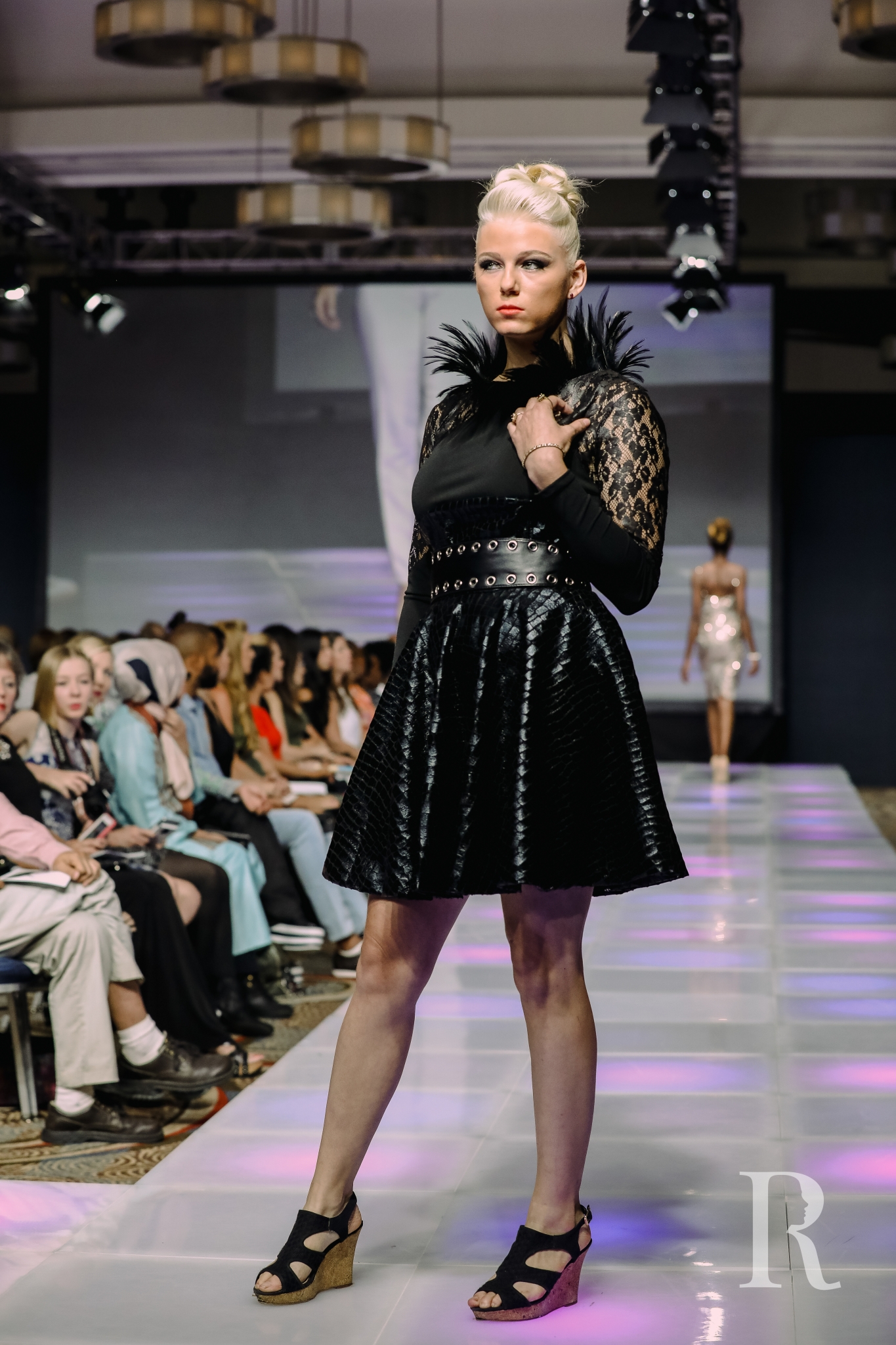 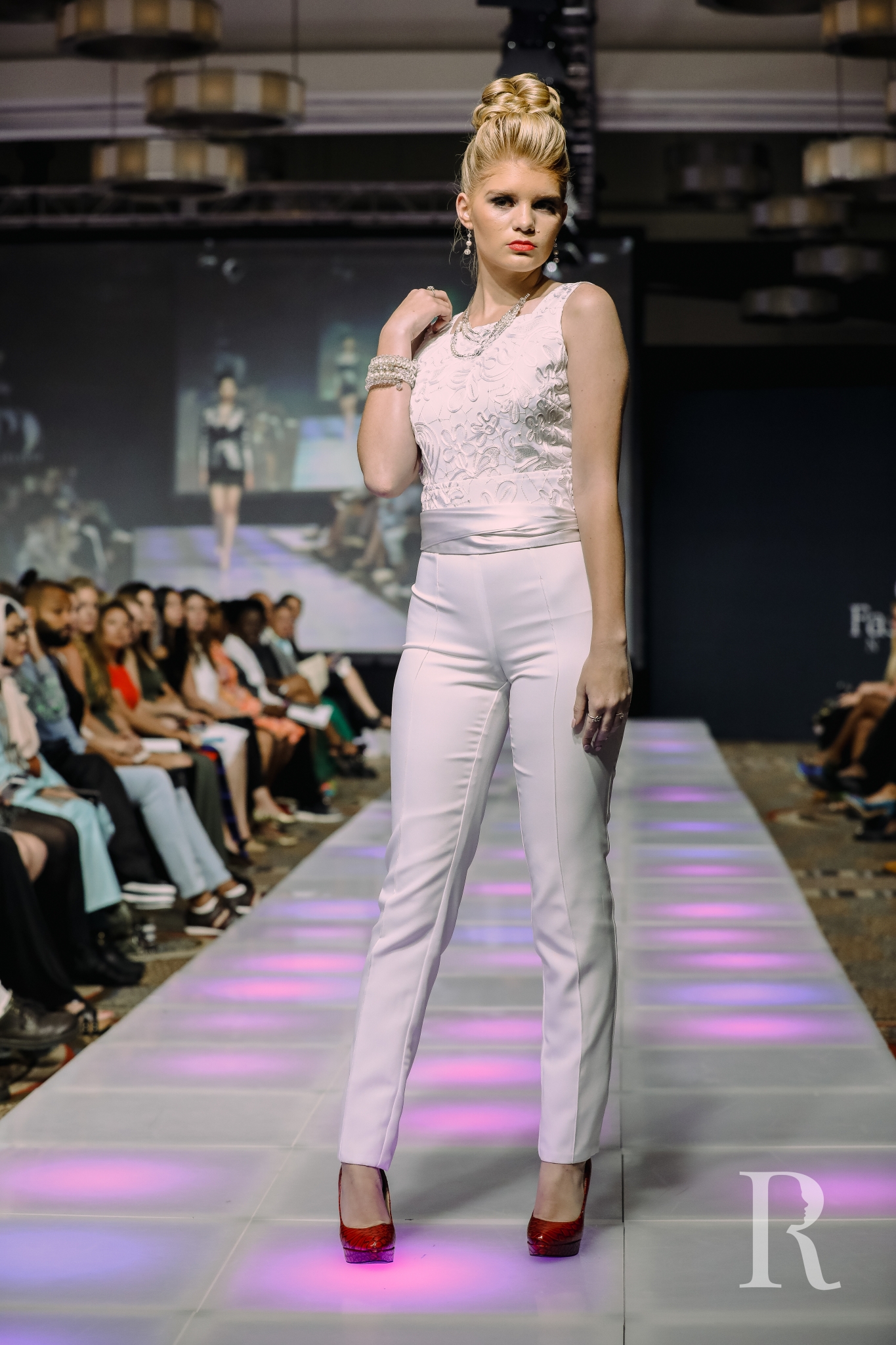 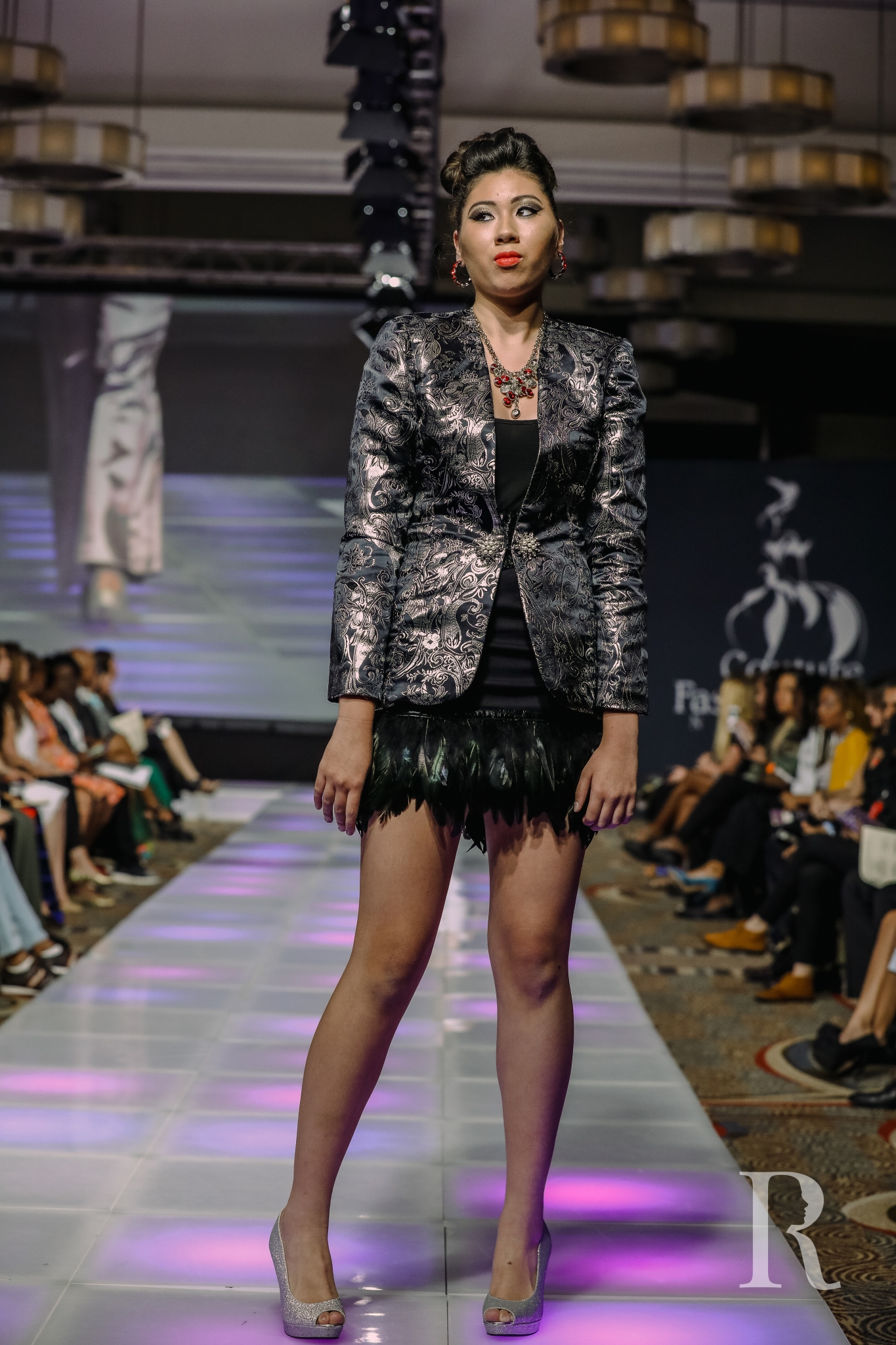 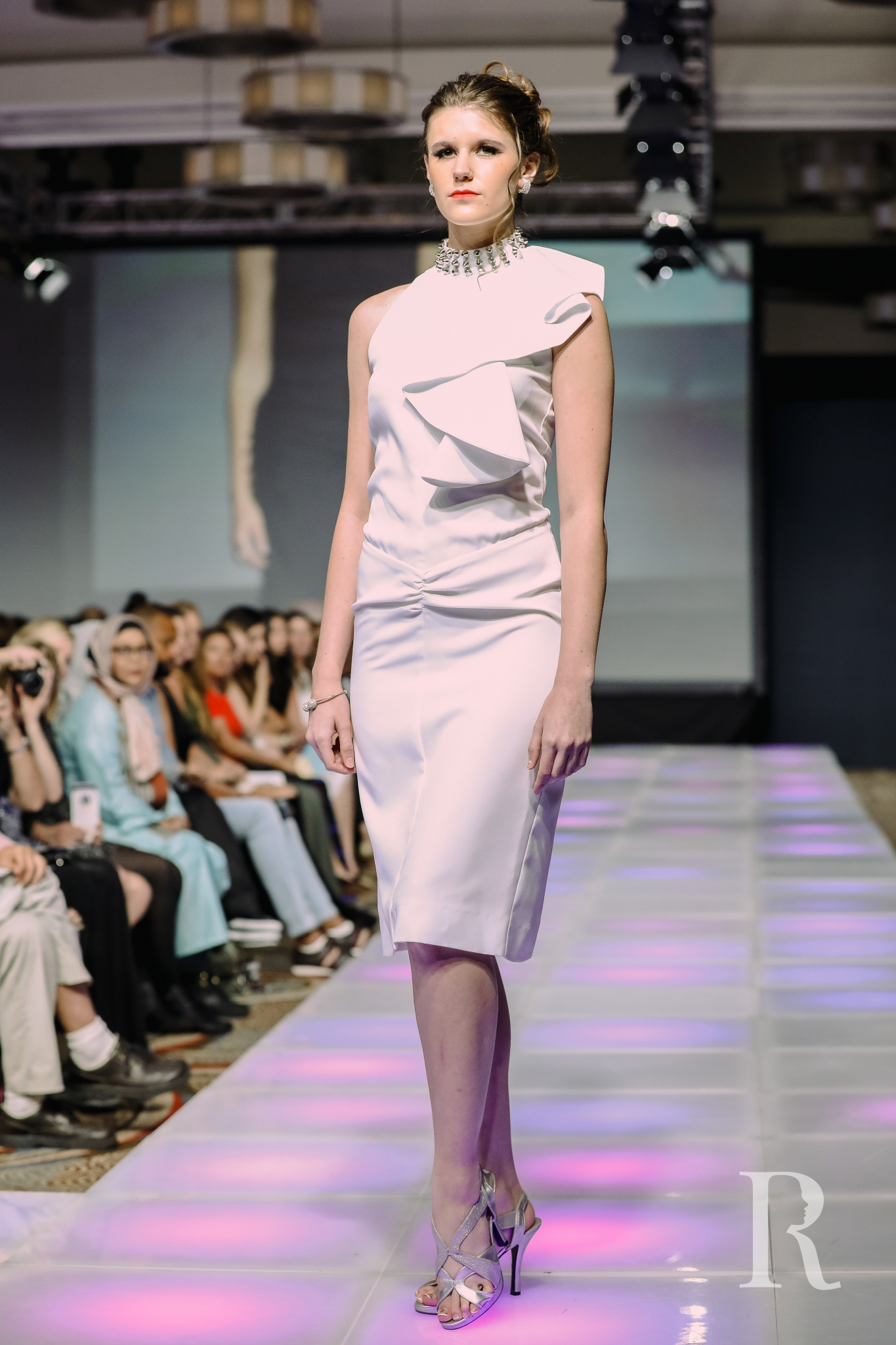