Ursula. Cruella de Vil. Maleficent. All of these memorable characters are legendary Disney villains who have influenced pop culture, movie history, and the world beyond. Each has a distinct style legacy as well. And now, Phillipe and David Blond, the designers behind the fashion brand The Blonds, are harnessing the undeniable power of the magical and misunderstood beings for The Blonds Disney Villains presentation at the next New York Fashion Week.

“The Disney Villains style is iconic and has inspired us since childhood and throughout our career,” Phillipe Blond shared, via WWD. “The opportunity to collaborate with Disney and see these designs come to life on The Blonds runway is an absolute dream come true.”

“What drew us to working with Disney Villains are the complex attributes of the characters themselves,” David Blond added. “Often misunderstood, Disney Villains are flawed, imposing and mysterious, and we loved the idea of taking these characteristics and translating them in a glamorous way, making them the heroes of our story.” 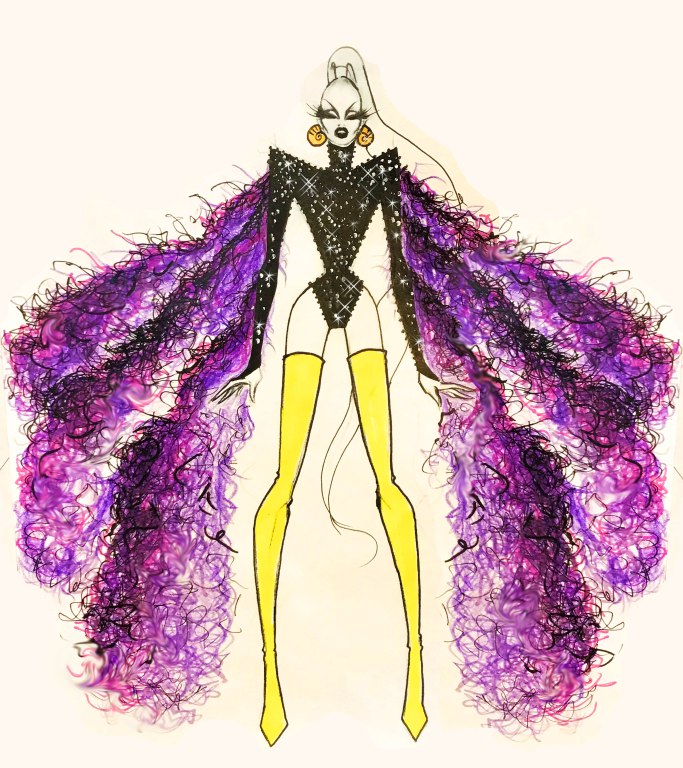 The design duo was invited to visit the Disney Archive Research Library, where they were able to learn all about the behind-the-scenes of the characters’ inspiration, and view early sketches that inspired their new runway creations. The final looks aren’t literal Disney movie costumes, but the sketches capture the evil and dramatic vibes that these iconic characters consistently deliver. Expect to see even more electrifying looks inspired by Dr. Facillier, The Queen of Hearts, Flotsam and Jetsam, and the Evil Queen.

Disney itself is thrilled to be part of this high-fashion interpretation. Ken Potrock, the president of consumer products and commercialization for Disney, told WWD that NYFW is going to offer these villainous rebels their chance to truly shine.

“Disney Villains have long lived in the dark shadows of the beloved heroes and heroines of their stories, and yet these characters are just as celebrated,” he shared with the publication. “Through our collaboration with The Blonds, some of Disney’s most notorious villains will be reimagined in totally unexpected ways during one of fashion’s most important weeks.” 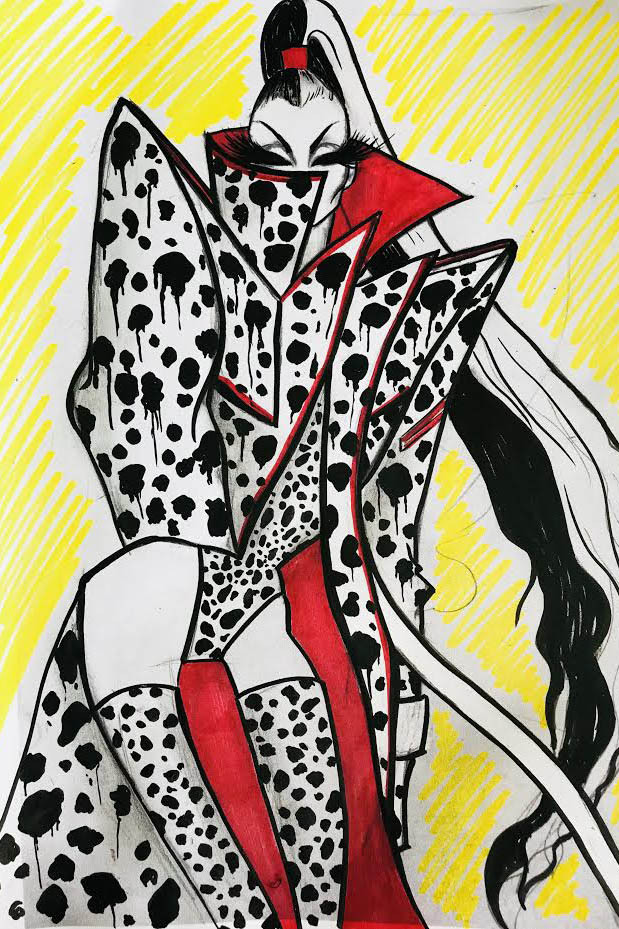 At that time, the complete production is set to be live-streamed across nyfw.com, disney.com, and the brand’s own website: theblondsny.com.

More news from The Blonds brand.
More fashion sketches in the works.
More Disney-inspired style collaborations.
All images courtesy of The Blonds, via WWD