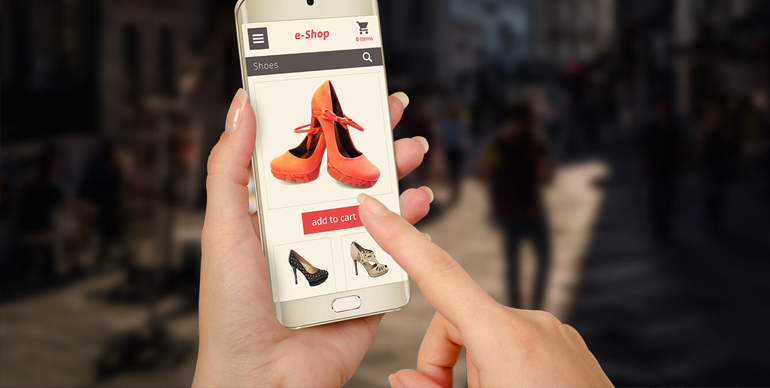 If you were about to set out on an e-shopping spree, what would you grab your smartphone or a laptop computer? It’s the new question online retailers are asking. Since e-commerce debuted in the early 2010s, the industry has skyrocketed to almost the same level as physical retail stores. Now, new virtual design tools are about to make things even better for the online consumer. This new technology will let you try out makeup and clothing in virtual space. That way, you can see how each product you purchase will blend with your individual build and skin tone. To launch a revolutionary technology like this, companies need to know what internet medium will be the best arena to test out their new software. That’s why they’re looking into both computer- and smartphone-driven e-commerce.

THE RISE OF PORTABLE E-COMMERCE

Online shopping and the user-friendly smartphone got their start around the same time. Naturally, the two didn’t work together right off the bat. With phones only just tapping into internet access, it would have been risky to expect them to efficiently load product images and protect your card information. For this and other reasons, e-commerce started as a strictly computer-based industry. As the smartphone developed, things began to change. With higher-quality screens and speedier internet access, phones gradually became more like mini-computers. How many times do you take out your phone to use social media or check your emails? By the time the 2010s were halfway over, e-commerce giants had their own phone apps to make it even easier to solve your shopaholic needs anywhere there was cell service. Mobile, efficient, and entertaining, 2015 marked the beginning of smartphone-driven e-commerce.

What smartphone technology brought to e-commerce was access and availability. Suddenly, all you need to make an impetuous purchase is a reasonably proficient phone and cell service. In a large city like New York, this switch doesn’t make a huge difference. The greatest impact comes in smaller cities where you can’t log on to public WiFi at every corner. In places like these, people really do end up using their phone as a computer most of the time. Given that nearly 50% of the e-commerce sales come from smaller towns where smartphone shopping is a big deal, it’s no surprise many companies are leaning toward testing their new virtual reality tools for computers and mobiles simultaneously. Smartphone-driven e-commerce isn’t on course to replace computer-based online shopping or physical retail stores, but it is developing fast enough to level the playing field. VR tech will need both platforms to succeed.

WHAT’S NEXT FOR E-COMMERCE

Internet shopping is taking control of the fashion and beauty industry. Debuting virtual designs tools for both computers and smartphones will only take that influence further. The ease and efficiency of shopping from home have already made a huge impact on the brick and mortar retail market. As e-commerce software becomes more interactive, it will only encourage customers to spend more shopping sprees sat on their home couches rather than navigating the mall. I mean, you can’t really blame them. If you could fill out your entire wardrobe while lounging in trouser-less bliss, would you be able to resist? With smartphone-drive e-commerce, you won’t even need work around a large screen. Lie down, curl up, and get scrolling.

The smartphone is taking e-commerce down a small tech road that erases the cumbersome things about computer-based e-retail. Now, you can reach in your pocket and browse whenever the shopping bug bites you. You’ll never miss out on a sale again.