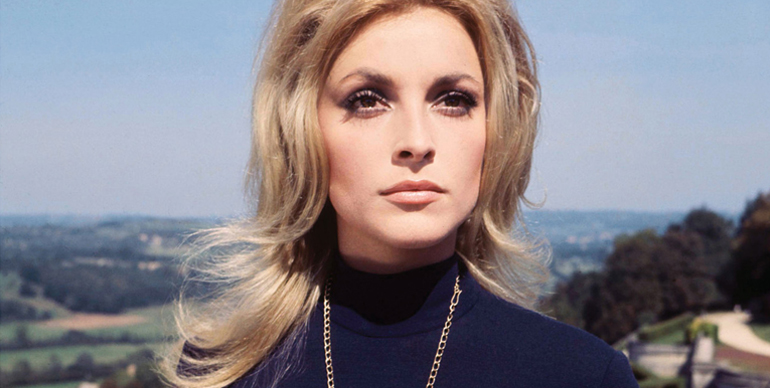 Sharon Tate and Vanessa Paradis have nothing in common other than entertainment. One was cut down in her prime by the infamous Charlie Manson and the other married Jack Sparrow, better known as Johnny Depp. Tate was a clear product of the mod-60s, sporting a perfect vintage bouffant like nobody’s business, while Paradis takes her styling tips from mid-aughts and early 2010s style culture. Despite these planetary differences, we’ve decided to pair the two women together and show you how to reinvent retro looks with a modern twist. We will be reaching and you’ll have to use your imagination to follow these transformations, but with the right enthusiasm, we’ll arrive on the other side a little wiser when it comes to reinventing vintage fashion. After all, style is what you make of it. You must know that by now.

It’s a simple rule of thumb that became the key jewelry trend of 2017. When your outfit needs a glamorous accent piece everyone can see, find a pendant to hang around your neck. This trick will work in any setting, from glamorous dinner parties to nights out on the town. Note how Tate’s vintage piece recalls ancient Egypt while Paradis’s is more geometric. Let that be a reminder that when in doubt, you should err on the side of contemporary design and keep family heirlooms tucked away.

This is not an invitation to embrace the 60s bouffant and go through the tedious process of pinning everything in place. Rather we think you should forego roots that fade to black and precise center parts for something more inventive. The similarities in hairstyle between Tate and Paradis here makes such trends look perennial. Dare to be different with your hairstyle this summer.

Clearly, Tate wore this look with expertise long before Canadian tuxedos and other such nonsense were a thing. It’s a surprisingly contemporary look for her, so much so we could imagine someone pulling it off in 2017 without any changes. Young Paradis also took denim to the next level when she was just emerging as a singer in the mid-80s. Though both these photos fall firmly in the vintage category, you should still try to work some denim on denim into your wardrobe. If you’re heading out on a day trip with kids, why not make it your family uniform?

Neither Tate nor Paradis was afraid to challenge the status quo with what they wore. Vanessa was a little more aggressive with how she put men’s fashion into play in her wardrobe than Tate. While Sharon settled for a subtly masculine Henley, Paradis took to the stage at an awards ceremony in tastefully androgynous suspenders and a tank top. What classically male piece will you end up wearing this season?

Ethereal white gowns are always welcome in the formal fashion world. The distinction between vintage design and contemporary fashion lies in the patterning on the dress. For a retro feel, look for a lacy design with textured patterning like Tate’s low-cut gown. If that’s not enough glitz for you, pick a design with a more modern twist. Glitter, jewels, and similar adornments are all excellent options included in Paradis’s gorgeous red carpet attire.

Sharon Tate and Vanessa Paradis may seem as far apart as their respective decades but combined their personal aesthetics offer key lessons about the blending of vintage fashion with contemporary style. Like we said before, you need to stretch your imagination a little, but if you do, we promise your reward will be worth a little brainstorming.