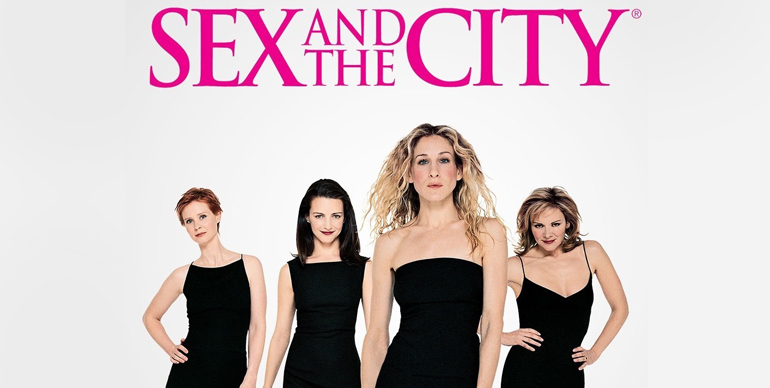 From 1998 to 2004, Sex And The City was the place to go if you had a question about fashion. From the moment she burst on the screen, Carrie Bradshaw was the voice women trusted to tell them how to dress. There was something fresh and new about the way Bradshaw approached building a wardrobe. In many ways, she was an early incarnation of what would become the individualistic and media-driven industry once Twitter and Instagram took off. Carrie was all about expression and finding outfits that would reflect her mood with style. She taught multiple generations of women to be brave with their fashion choices and enjoy the spotlight that came from being a self-proclaimed fashionista. With the 90s renaissance in full swing and a 2000s revival right around the corner, it’s time to return to Sex And The City fashion and tap into your inner Carrie Bradshaw again.

This simple sleeveless dress that stretched to mid-thigh defined Carrie Bradshaw, turn-of-the-century couture, and Sex And The City fashion. Wear it out shopping or to lunch this summer. It’s basically the epitome of a modern classic.

It won’t be easy to find a newspaper-print dress, but paper-like word prints are getting more popular. Whether it’s your favorite poem or a famous document, a black and white dress covered in decorative lettering could work for you. It did for Carrie.

Everyone knows the image of Carrie Bradshaw in a fur coat. It made her look like a queen no matter what the occasion. This Sex And The City fashion piece broke with the oversized shoulders and stiff outline of 80s coats. Instead, Carrie’s fur coat flowed and draped with her body. The flexibility helped make fur coats an instant late 90s success.

Before Carrie Bradshaw, bearing belly was only acceptable at the beach. Teenagers did it in everyday life, but a fashionista would never be caught flaunting her abs and belly button in public. In just a few short seasons, Sex And The City transformed this sign of rebellion into a popular casual trend.

Layering your pearls wasn’t trendy in the 1990s. That level of excess hadn’t been seen since the very early 20th-century. Bradshaw made a point of bringing it back with dramatic looks like this. By piling necklaces in a slightly chaotic way, she evoked both emerging hip-hop culture and ancient royalty. These were the types of inventive outfits that made Sex And The City feel so fashion fresh.

Carrie wasn’t always trying to stand out and make a statement, but when she did everyone took notice. Here she sports a conglomeration of punk pieces, a ripped 90s flannel, and the famous tutu of Sexy And The City fashion fame. Before 80s vintage was a thing, Bradshaw was making the rounds in Madonna gear.

You can’t fully discuss Sex And The City fashion without bringing up Carrie Bradshaw’s love for the tutu. This look shouldn’t have worked, but Carrie and costume designer Patricia Fields found a way to use it wisely. What stood out most about this mini-dress was that it never became a real-life trend. The tutu was there to be the ultimate consolidation of Carrie’s energy and character in a fashion piece. Don’t wear the tutu. Admire the tutu. Learn to understand the tutu.

Dig into Sexy And The City fashion this year and see what you find. Be brave! Carrie Bradshaw may have helped usher this era of fashion bravery, but it’s up to you to sustain it.