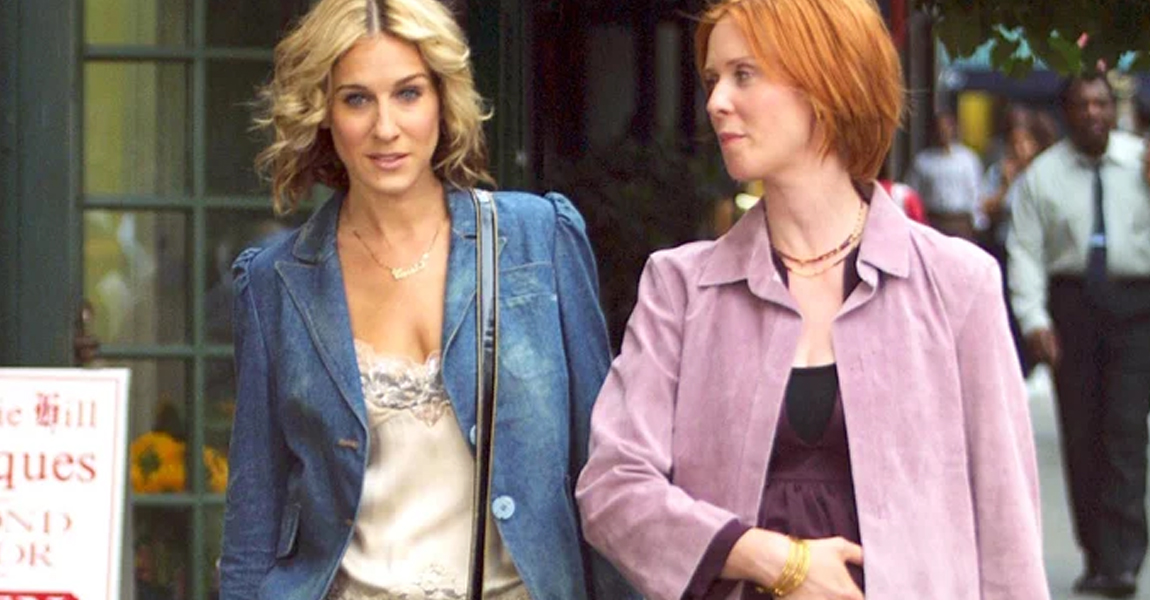 As you may have already heard, our chances for a Sex and the City 3 movie are slim to none – bummer. However, this doesn’t mean we can’t hold out hope. While sticking to this positive mindset, I thought about the best and worst Sex and the City fashion moments. Then I made a list of which Carrie Bradshaw looks can make a turnaround. 90s fashion is already resurfacing, but what about the 2000s?

From cargo pants, tube tops to capris – we’ve got your 00s inspirations covered. The following is a list of Sex and the City 2000s era fashion that we hope will make a comeback in the near future.

Sarah Jessica Parker is beaming in her 2000s-style capris. Although Carrie is rocking a spring color palette – her jean capris, flannel and heels combo can easily translate to fall with a few minor adjustments.

Ah, who could forget the tube top? Carrie pairs hers with another 00s staple: the cargo pant for a casual cool look. You can also dress up a tube top with a sleek, high-waisted skirt which can be seen above.

When you picture Carrie Bradshaw, you see her wearing that signature white ballerina skirt. However, we’re feeling really inspired by her updated black tank and black, tulle skirt ensemble. Pro tip: you can never wear too much black.

Rocker tees come back into style every decade. We’re loving how Carrie pairs her Metallica tee with loud, red patterned slacks. Very grunge chic – perfect for a laid back day.

Carrie Bradshaw said it best, “Women come to New York for the 2 L’s, labels and love.” SATC was not only a show, but a fashion movement centered in NYC. If there’s one thing we can count on, it’s that the fashion from the show will live on and continue to reinvent itself in refreshingly new ways.