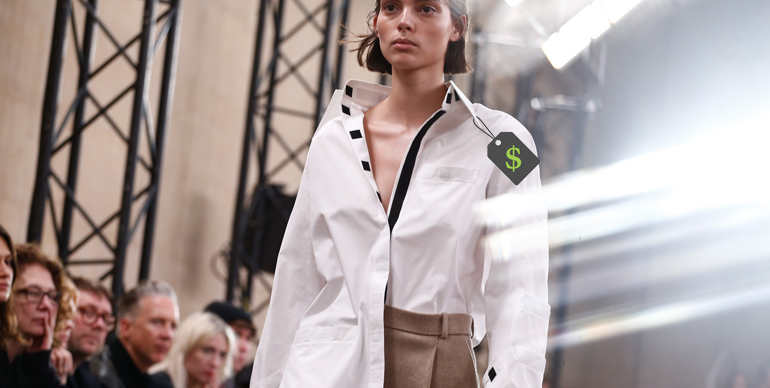 If you’ve never heard of see-now-buy-now fashion, it’s time to learn. The trend is taking a convincing hold. A slew of major brands have already incorporated it into multiple collections over the past two years. At 2016’s fall fashion week, Burberry and Ralph Lauren presented immediately shoppable runways, inviting attendees straight into their stores following each show. Other brands distributed capsules of their most recognizable pieces after the catwalk. Like any phenomenon, see-now-buy-now fashion has its fair share of advocates and detractors. Let’s look back at how the trend started to get a few hints as to whether it’s a wise bandwagon to climb aboard or not.

Trust any discussion of technological advancement in the fashion industry to reference social media at some point. Social apps have been revolutionary when it comes to runway shows. Thanks to Snapchat and Vine, anyone working at a fashion show can film their experience and post it for the world to see. This means the mysterious veil surrounding fashion week has been lifted, exposing pop culture to the once exclusive world of fashion designers and style critics. Now, we can pin-point exactly what we want just minutes after it clears the runway.

At first, live-streaming was enough of a phenomenon to keep people entertained. You could compile your list of favorites without the assistance of jaded fashion critics and wait a few months for those coveted designs to arrive at the store. With each progressing year, the novelty of fashion freedom wears off a little more. In 2017, people are more interested in spectacle and the here and now. This fascination with big flourishes was what would eventually lead to the see-now-buy-now fashion trend.

What does an exuberant fashion show look like? That depends on who you ask. For some designers, it simply means filling the runway with recognizable faces. That was the approach Dolce & Gabbana took when they peopled their catwalk with millennial models who had made a name on social media. Other brands took more energetic options. In recent years, Tommy Hilfiger has sponsored entire carnivals alongside its fashion shows to attract younger crowds and create an atmosphere of festivity. While celebrations like these are fun, they didn’t advance the fashion industry forward nearly enough. Enter: See-now-buy-now runways. These instantaneous shows became fashion’s most useful response to the social media frenzy of the 2010s.

Clearly, see-now-buy-now fashion caters to instant gratification. The idea is that if you like something on the runway, it can be available to purchase directly after the show. The trend is so aligned with the tech-savvy voices critiquing fashion it’s interesting how much backlash see-now-buy-now runways have received. Some designers who championed the trend when it was new are backing away because they feel it isn’t worth the trouble.

The trend creates a distinct divide between luxury and streetwear companies. It comes down to demographics. Tom Ford recently added his name to the list of brands who dropped see-now-buy-now fashion in favor of a seasonal schedule. His highly-exclusive audience last September was not nearly as enthusiastic about instant shopping as the attendees at shows for Tommy Hilfiger and Uri Minkoff. As a general rule, it seems like more casual brands have the most to gain from the  technology-influenced trend. The people who want fashion to adapt are mostly under 40.

A see-now-buy-now fashion show is hardly a show at all. These events function more like product launches. All the transformations feed into a feeling that the industry’s once-sophisticated runways are becoming an extravagant marketing tool.  Think about it. The events are  live-streamed to thousands of consumers who purchase with a “see it now, buy it now” philosophy. Some critics have argued if the trend continues, it could actually mark the end of seasonal fashion. Yet, in a rare return to the power dynamics of the good old days, the future is in the hands of the designers. Try as it might to bend runways to its will, the fact remains that society won’t abandon fashion. If labels insist on debuting collections months in advance of their retail release, customers will eventually follow.

There’s no denying see-now-buy-now fashion has had a huge impact on the clothing industry. Runways are changing, trends are changing, and the way we approach seasonal attire is  different than ever before. Now, it’s up to the industry’s core to see where fashion goes next.