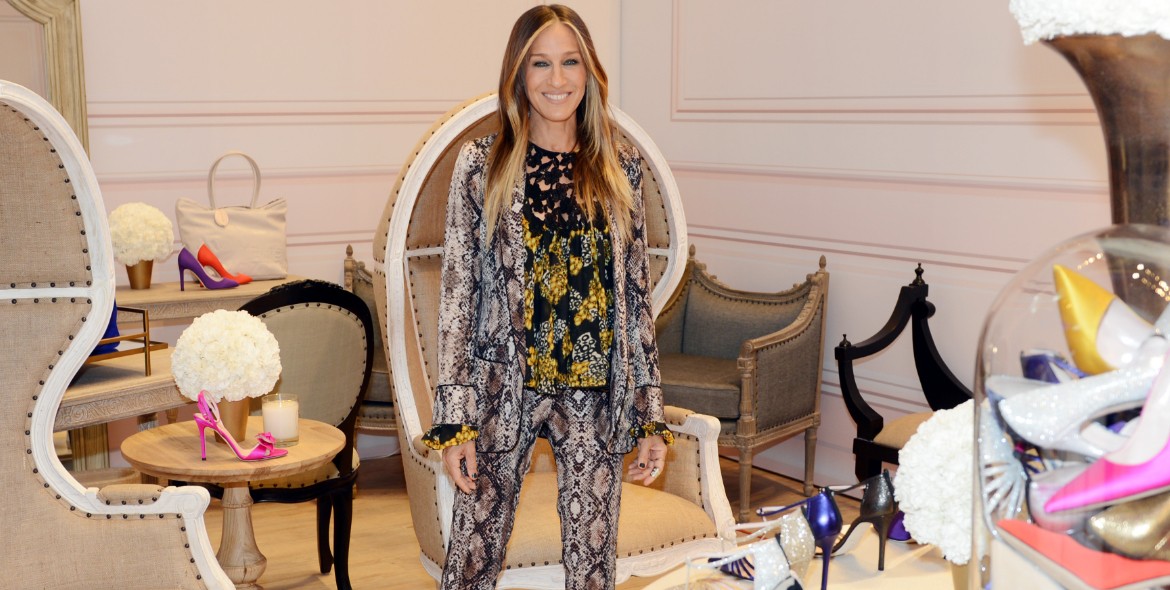 The Sarah Jessica Parker Boutique is on its way! After years of wishing Carrie Bradshaw would return, wishing it so much we endured two films and a prequel television series, the actress behind the legend will open a boutique specializing in couture NYC fashion. SJP clothing is no stranger to the fashion world, but an SJP boutique will be one of the first fashion shops built exclusively to feature a celebrity fashion line. From unexpected tidbits to expected specialties, here is all you need to know about the new Sarah Jessica Parker Boutique.

Yes. Whether a collaboration with Net-a-Porter or an onslaught of Instagrams, SJP shoes are a huge part of this celebrity’s fashion empire. From her Carrie Bradshaw days, Parker has been an iconic figure when it comes to fashionable high heels. I can’t wait to see what the SJP Collection dreams up to debut in their new shop. I’ll be dreaming of Sarah Jessica Parker’s shoe line this month, that’s for certain.

SEX AND THE CITY

Of all trendsetters at the turn of the millennium, Sex And the City knew how to usher us gently from the 90s into the first century of the 2000s. With vintage 90s hitting the runway this fall, it seems fitting we should be allowed to fully re-indulge in our Bradshaw-inspired outfits come next spring. SJP clothing hasn’t always been designed as an ode to the 90s, but there’s no time like the present for them to give nostalgia a try.

Chanel debuted the little black dress back in the 1930s and it has been a fashion staple ever since. SJP clothing recently launched a line of their own and plan to use this collection as one of the primary launching fashion lines when the SJP boutique opens next year. There’s definitely a lot to be said about the legacy of such a dress. If history is any indication, starting off a shop with something this iconic bodes very well for the future.

After everything Sarah Jessica Parker has contributed to the New York fashion world, you’d assume the first stand-alone SJP boutique would in NYC. New York was in the running, but the SJP boutique will be in Washington DC at the MGM National Harbor. The center will be a new luxury casino and retail center. If you want to get your SJP shoe fix in person, perhaps it’s time to go see the cherry blossoms in America’s capital.

Let the thank yous commence: 4 among 1000s of workers, men and women (I’m just going to call them the MVP’S), that have been working literally around the clock to complete the #MONUMENTAL project that is now @mgmnationalharbor. X, sj

SJP revealed the location of her first boutique on social media, most notably in a construction-site photo released on Instagram. If you want to be in the loop when it comes to this shop, give the company a follow @sjpcollection. Time to go all Sarah Jessica Parker on the boys, ladies!