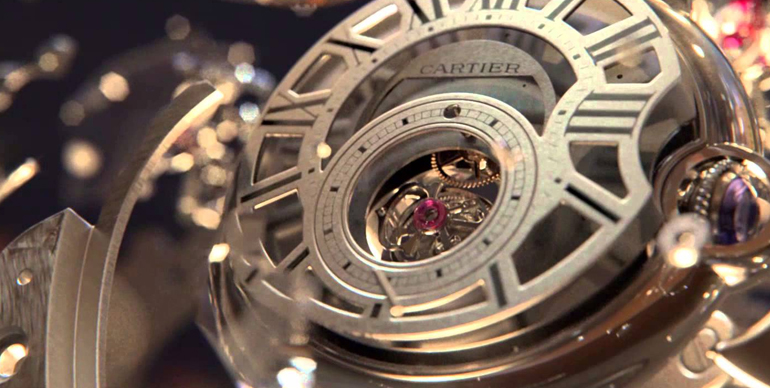 It’s rare for a company to grow as rich and regal a reputation as Cartier has managed to build in the last century and a half. Founded by Parisian jeweler Louis-François in 1847, they have played an instrumental role in crafting some of the most recognizable products in the luxury goods industry since the mid-19th century. It was Cartier who designed the first flat wristwatch after his friend complained about how impractical it was to check a pocket watch while flying. Later, he distributed some of the finest jewels ever found in the 20th century, one so fine it is now on display at the National Museum of Nature History in Washington, D.C. In the past few years, this beloved brand has been rereleasing some of their iconic classics for a new generation of jewelry lovers. See which of these old designs made new again catches your astute eye.

Named for the Brazilian pilot who inspired it, this popular design was Cartier’s first men’s watch and the first flat wristwatch to gain traction in the high-class Paris. It’s just as sexy today as it was back in 1904, so if you need a geometric wrist candy upgrade you’d better get on it.

Proportionally linked to WWI tanks, this thick metal wristwatch rests bold and tough against your arm. It’s great if you like showing off your luxury goods and making a show of checking the time.

Ovals were the curved shape of choice when you were designing in Art Deco France. Reintroduced in 2009, this wristwatch represents Cartier’s prestigious Parisian past. Remember, your wristwatch can be unique. Dare to wear something out of the ordinary this year.

Punctual as a well-crafted timepiece, Fellowes true contribution to the celebrated history of Cartier was more descriptive than mechanical. The “world’s most elegant woman” was a Parisian style editor who gave a platform for the emerging Cartier company to flaunt its wares.

An eccentric animal lover, the story goes that Ms. Félix strutted into Cartier’s Paris boutique with a baby crocodile and had the designer make an interlocking jeweled version of her pet. The odd request became one of Cartier’s most legendary designs.

Chloë Sevigny is the proud owner of the rereleased panther ring. Originally a 1914 piece for millionaire wives, it’s now a collector’s item the actress only wears for special occasions. If it strikes your fancy, check out other manifestations of the motif on necklaces, brooches, and pendants.

It’s less extreme than it sounds. First only sold to couples, this simple bracelet can be locked and unlocked using a tiny screwdriver. Aside from the hassle of putting it on and off, it may metaphorically be Cartier’s most romantic piece of jewelry.

Long before friendship bracelets were a thing, Cartier was making their own type of symbolic relational jewelry. This trio represents three stages of a relationship. White for friendship, rose for love, and yellow for fidelity. Smart, right?

The Trinity Collection with a twist, these starry rings give Cartier’s original symbolic collection a splash of extra bling. If you have a someone who makes you all starry-eyed, a set of these could be the perfect gift. They also come as bracelets and earrings if that’s more your thing.

Cartier has a surprisingly relevant history when it comes to jewelry. The popularity of their rereleased designs proves vintage jewelry is a thing. We’re glad. Sometimes it’s nice to ditch the neon bracelets and enjoy some simple rose gold.