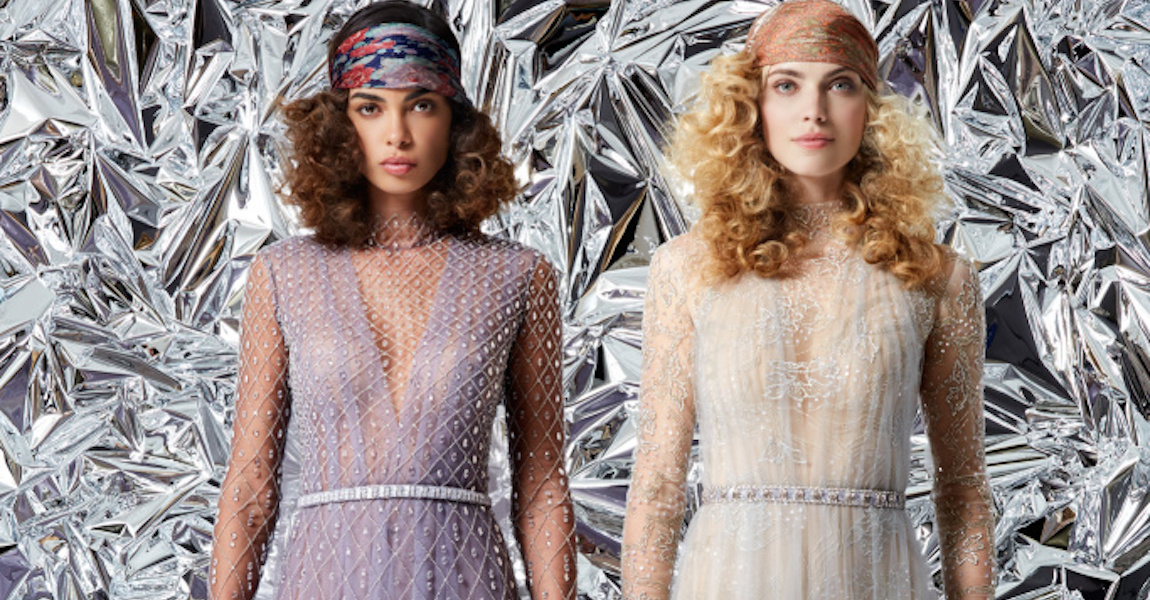 The flashy disco styles of the 1970s have been given a modern update in the luxurious Reem Acra Resort 2020 collection. All of the drama and elaborate embellishment of the Seventies are encapsulated in a sparkling, sequin-heavy gown line for a new decade ahead. Pretty pastel and blush tones make for unexpectedly bold color choices, but they stand out as crave-worthy pieces of the season mixed with silver and gold sparkles and stars. 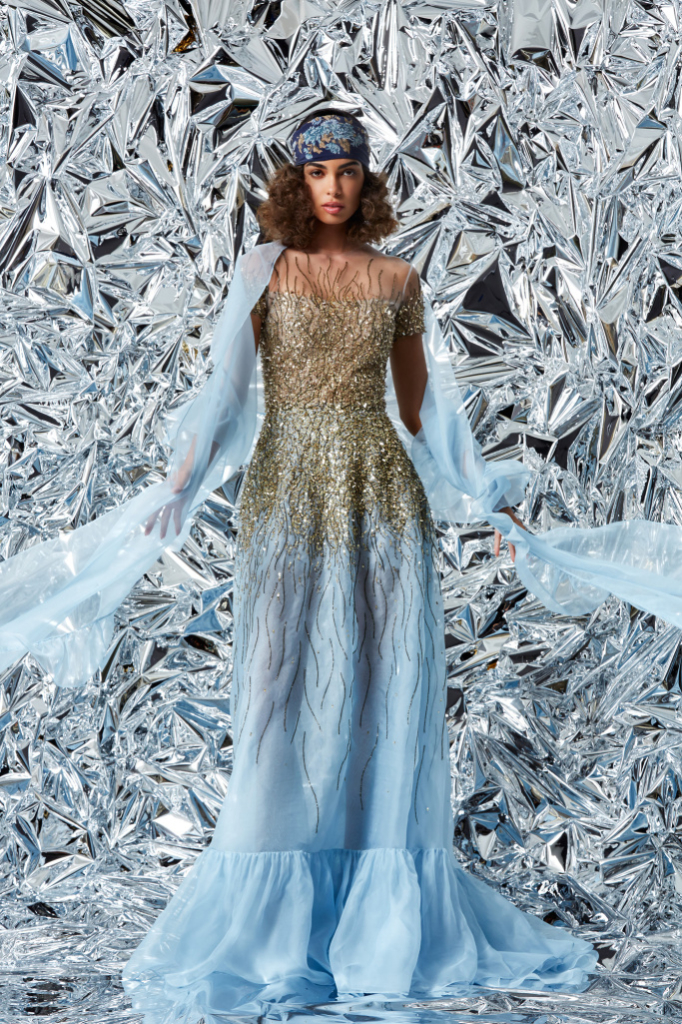 “It’s kind of disco, but bohemian at the same time.…Why not go into your evening looking like this?” designer Reem Acra said at a press presentation, via WWD. “I wanted to show a new way of dealing with couture, and giving it a bit of an edge without going overboard.”

This small collection may only be considered a mini-launch – the lookbook features only 11 different styles – but there’s certainly no skimping on big fashion moments. This season, the designer label is also emphasizing retro accessories by showcasing all of its regal tulle trains and beaded bodices paired with colorful head scarves and skinny studded belts.

Click through the gallery below to view photos from the Reem Acra Resort 2020 collection lookbook. 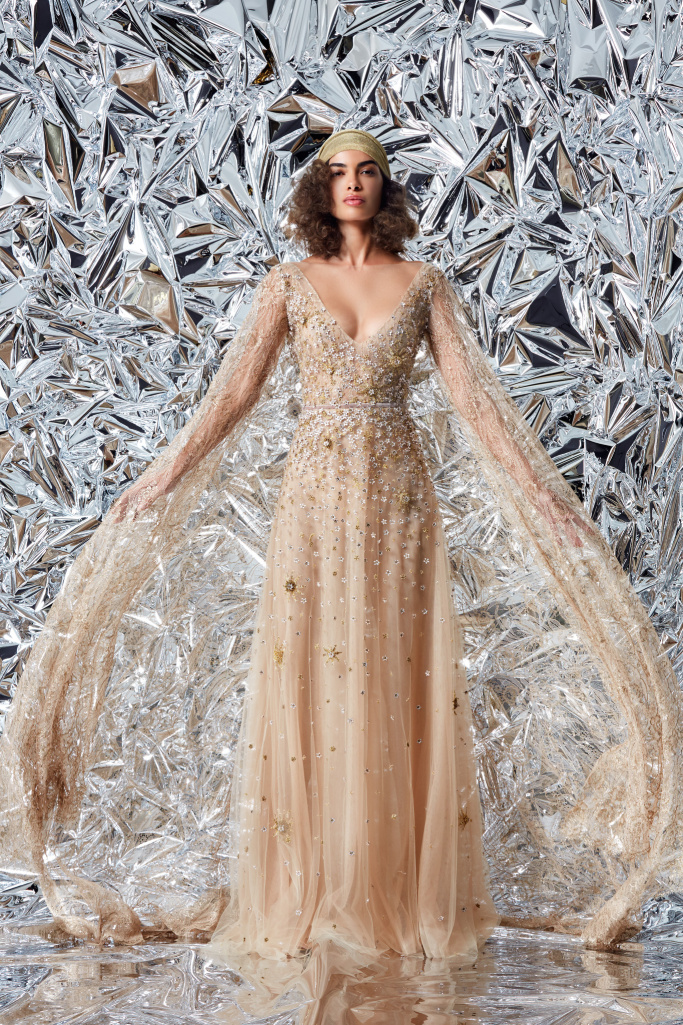 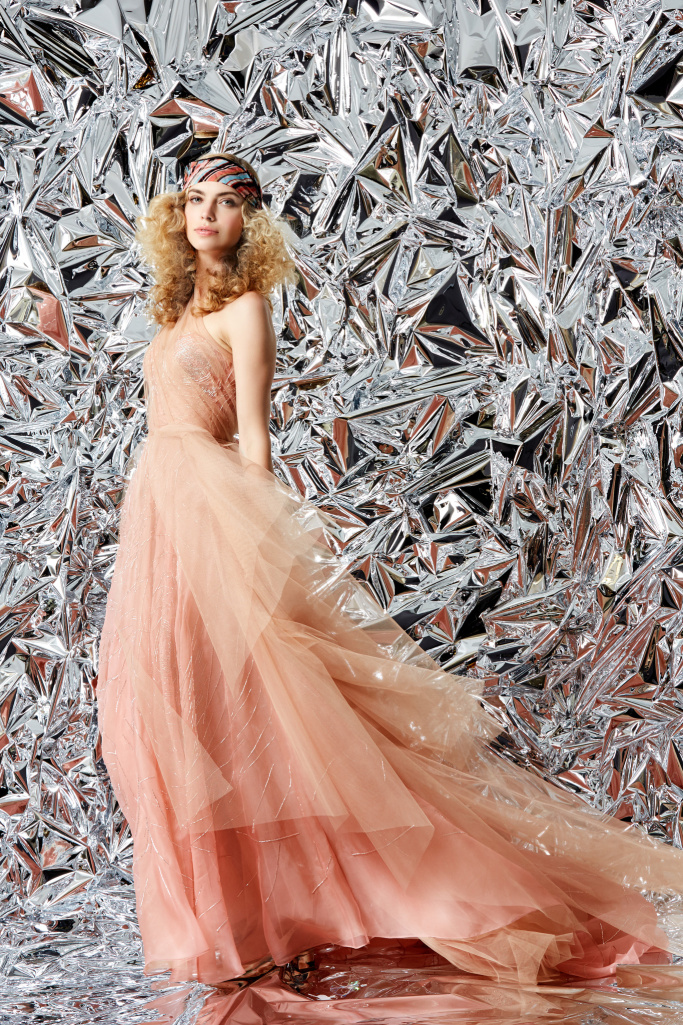 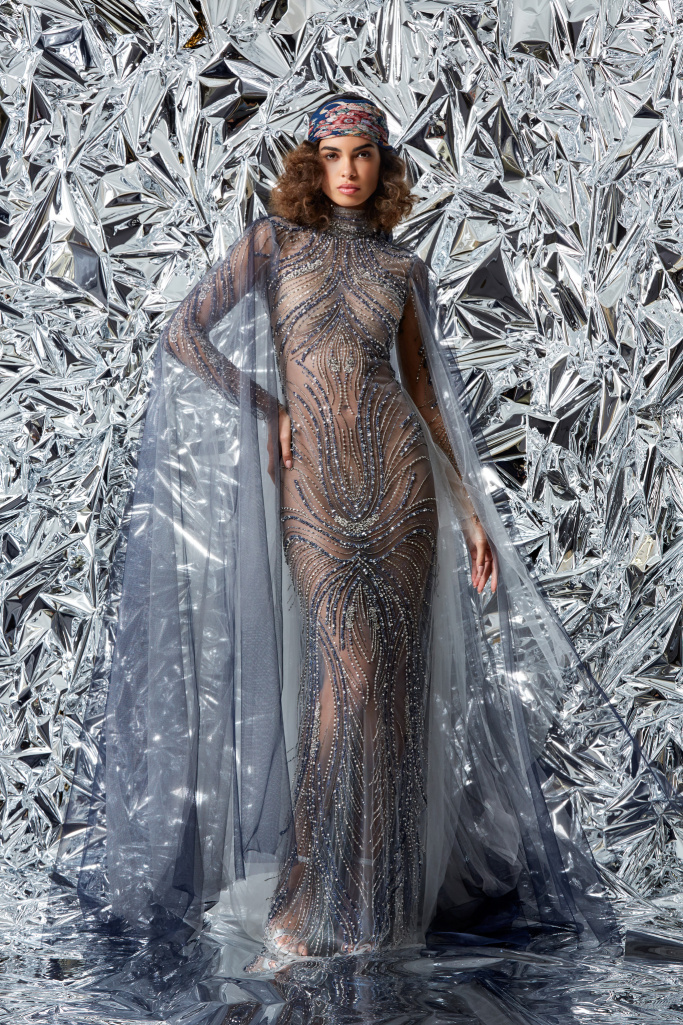 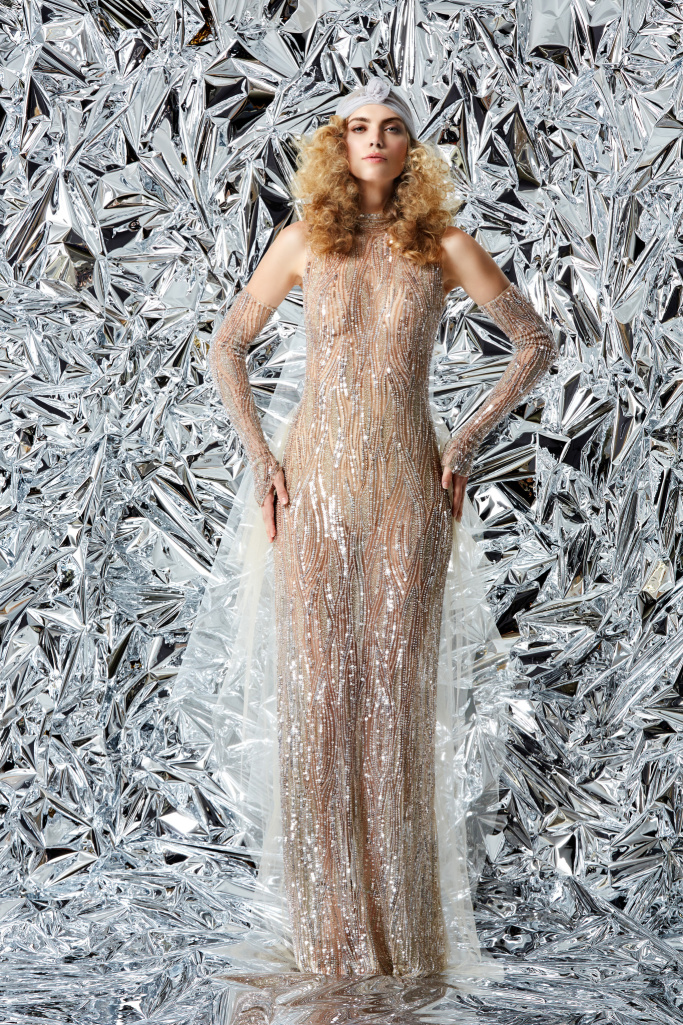 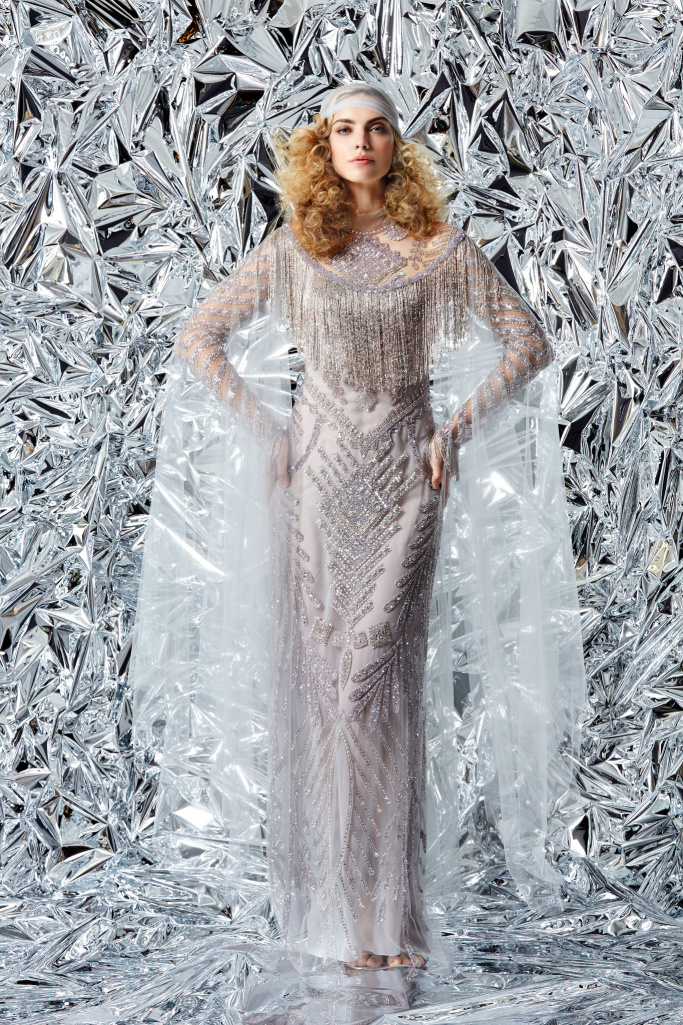 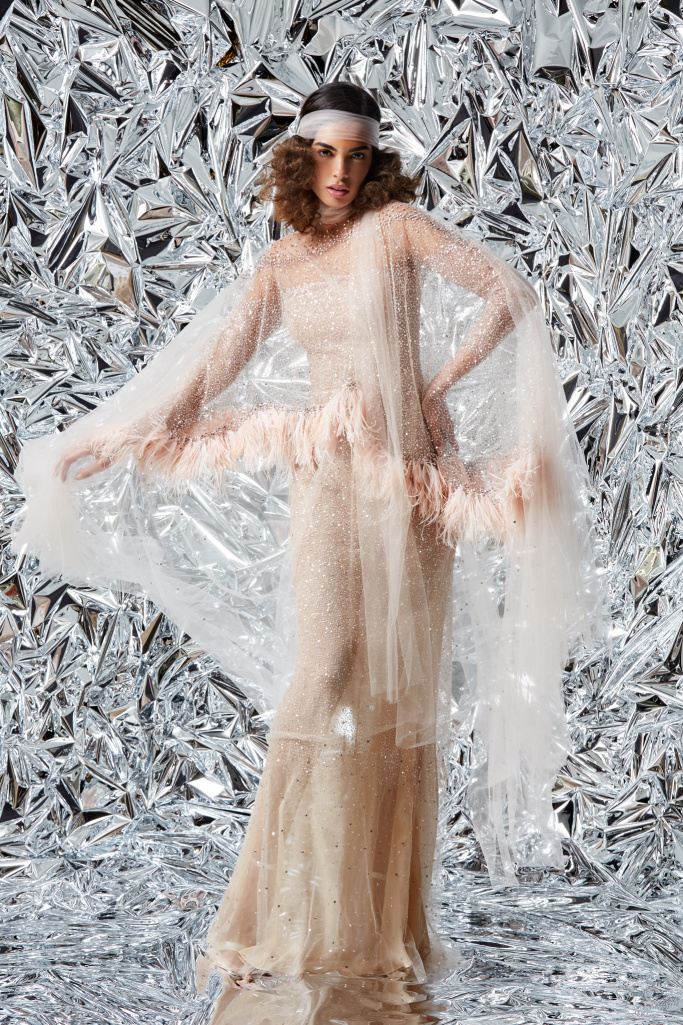 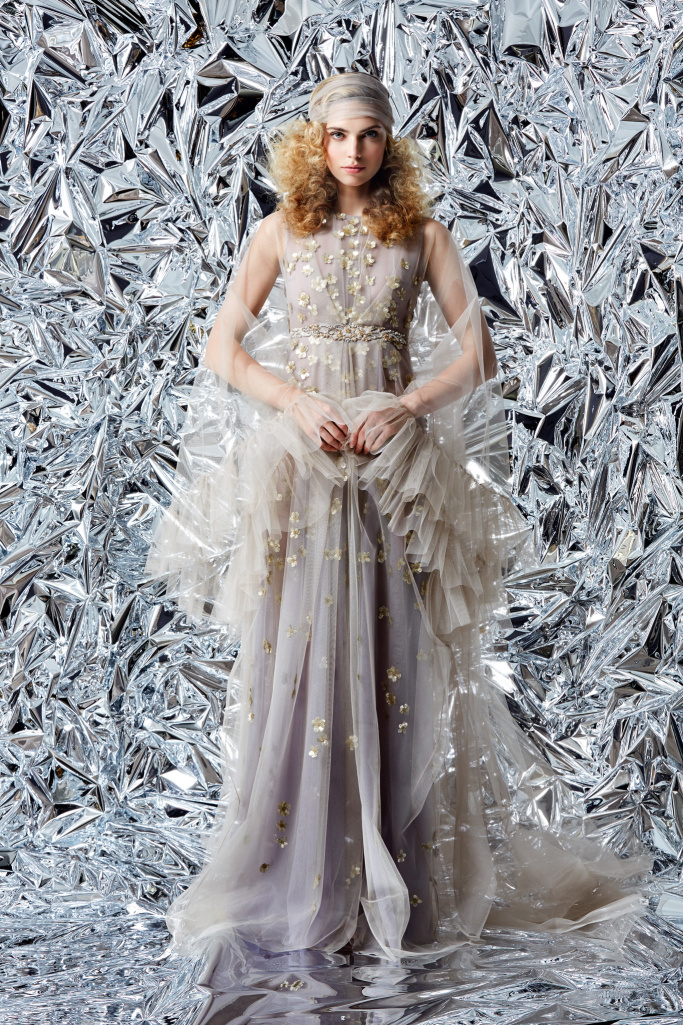 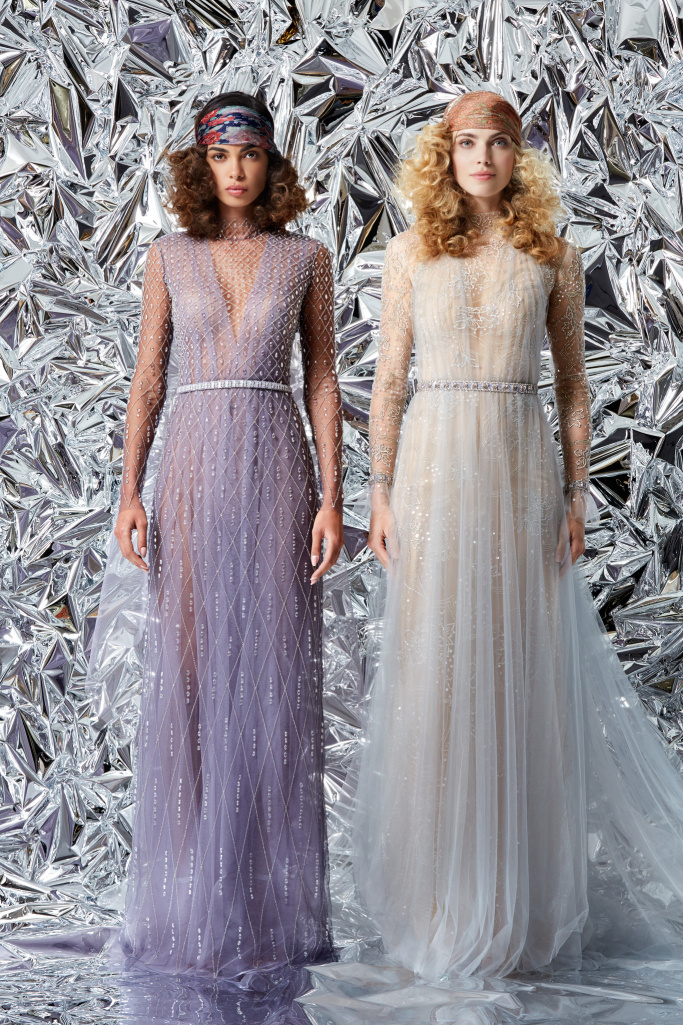 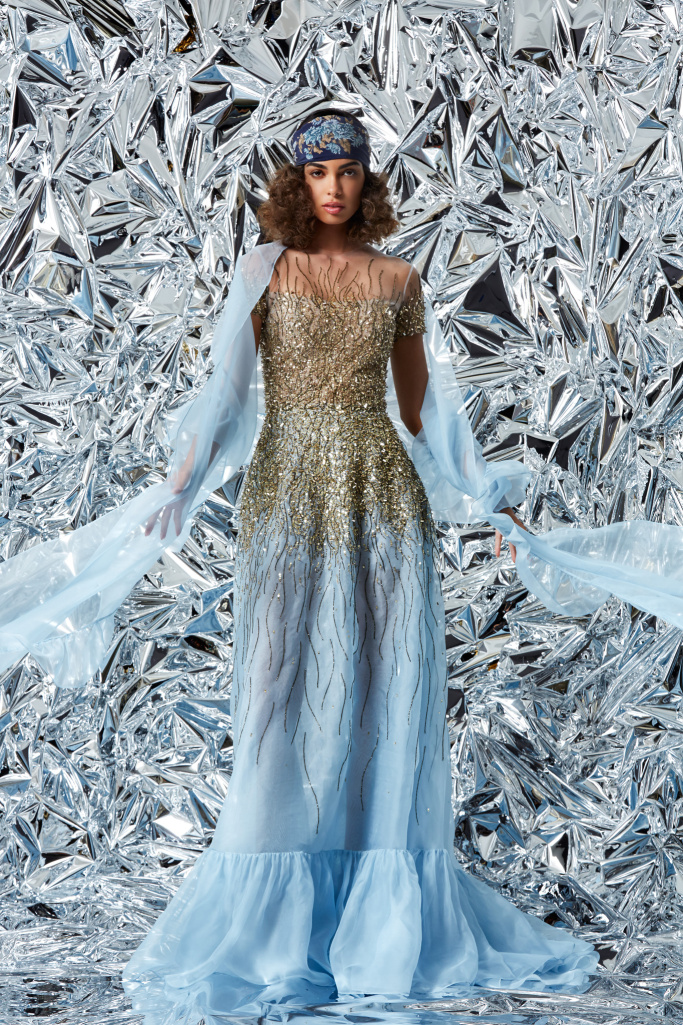 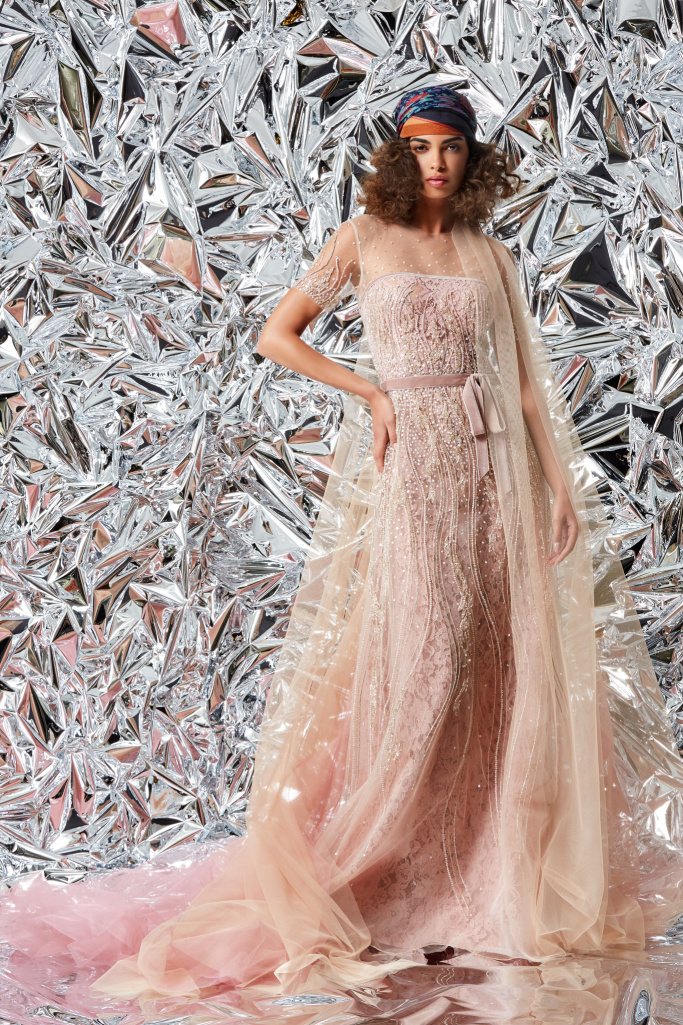 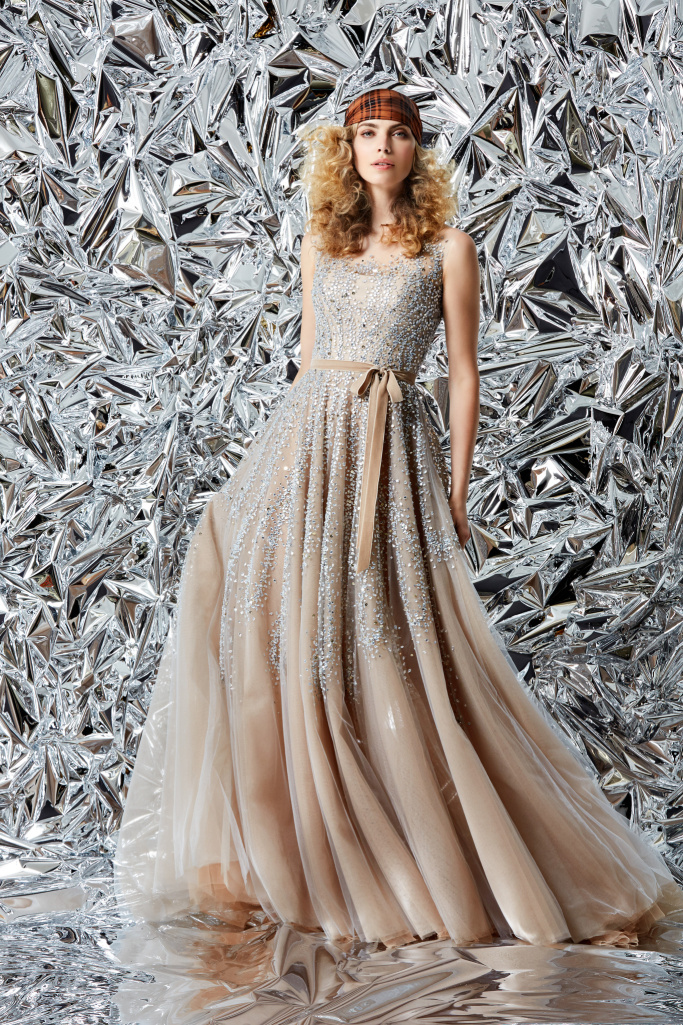