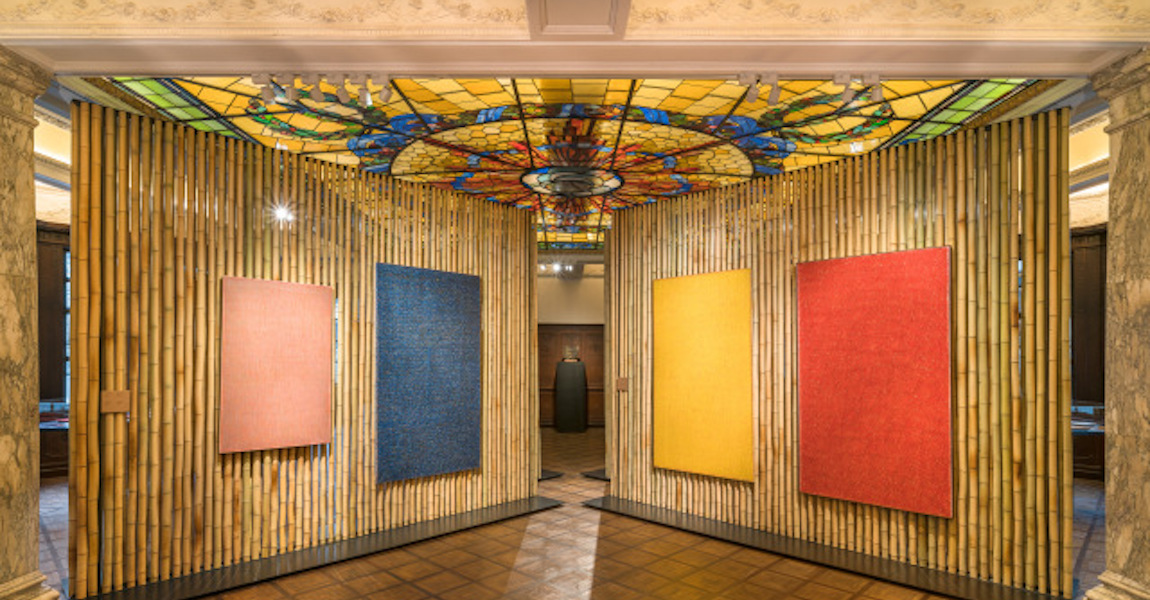 Shanghai’s Rong Zhai space is now welcoming a new Prada art exhibition called Roma 1950-1965, with a high-fashion twist. Miuccia Prada and Patrizio Bertelli’s Fondazione Prada have teamed up to curate a collection of post-war contemporary art from Italy, which is now on display at the venue.

“While Prada is a luxury fashion brand, we have a longstanding relationship with both radical contemporary architecture and exquisite historic preservation around the world. The unveiling of Prada Rong Zhai, a meticulously restored historic early 20th-century mansion in central Shanghai, marks the latest in this ongoing investigation into the form and language of design,” Prada shared on the brand’s website. “The mansion will serve as a unique site for the our diverse activities in China.”

The specific Roma 1950-1965 exhibit was intended to continue the Asian-European dialogues that the brand has started.

“After the world war, in every country of the world there was a necessity of innovation in artistic expression. In painting and in art it meant especially that after the avant-garde movement of the first part of the century, like Surrealism and Expressionism, after World War II was the return to prominence of abstract painting and sculpture,” Fondazione Prada’s head of programs, Astrid Welter, shared in a WWD interview.

“We decided that the first exhibition would be bringing something from Italy here to Shanghai to introduce the public to a very important moment of Italian contemporary art history,” she added. “The intention was to bring something from us, works from our collection, 36 artworks from this period to bring it here to give the public a better understanding about the beginning of contemporary art.” It’s such a special chance to see this artwork!

Click through the gallery to see inside images of the Prada art Rong Zhai space.

If you go, Rong Zhai is located at No.186 North Shaan Xi Road, Jing’an District, Shanghai.

To catch a recap of the Prada Rong Zhai’s original unveiling back in October 2017, be sure to check out the video below.