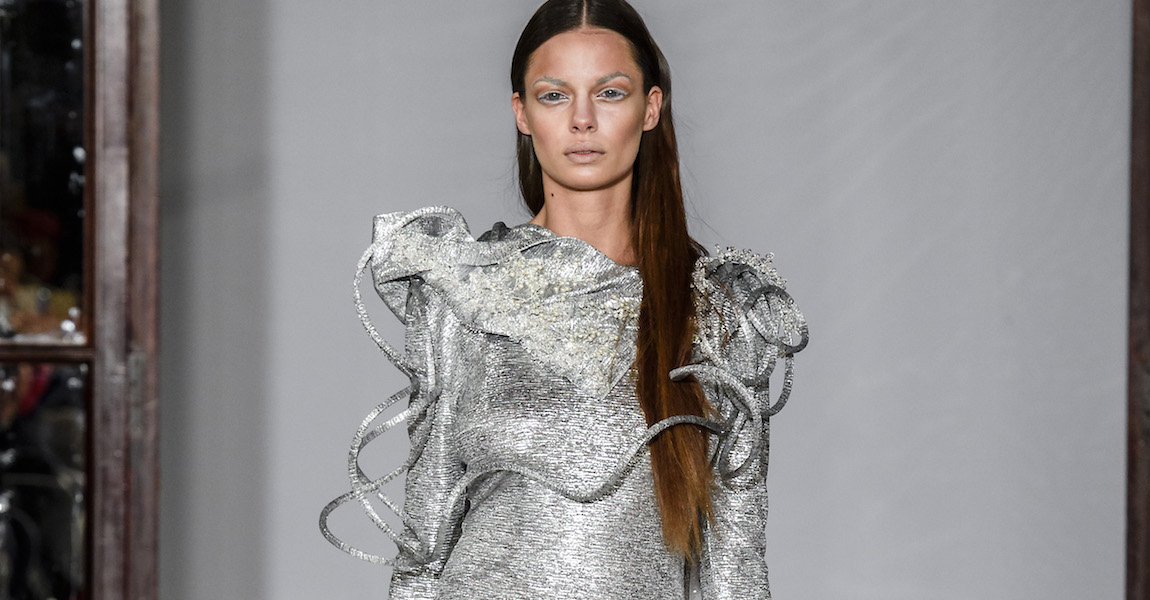 The elaborate and inspiring runway show for the Patuna Spring/Summer 2019 collection made its debut at Haute Couture Paris Fashion Week this January season. Based on the idea of “Obsession éthérique,” or a focus on the ethereal, this show featured a range of shimmering metallic, celestially-inspired garments.

For this season, Georgian couture designer Patuna put the focus on dresses that perfectly fit feminine curves. The brand explained that these show-stopping gowns are made with “satellite materials” that orbit “around the body as an astral woman, fatal but still powerful.” 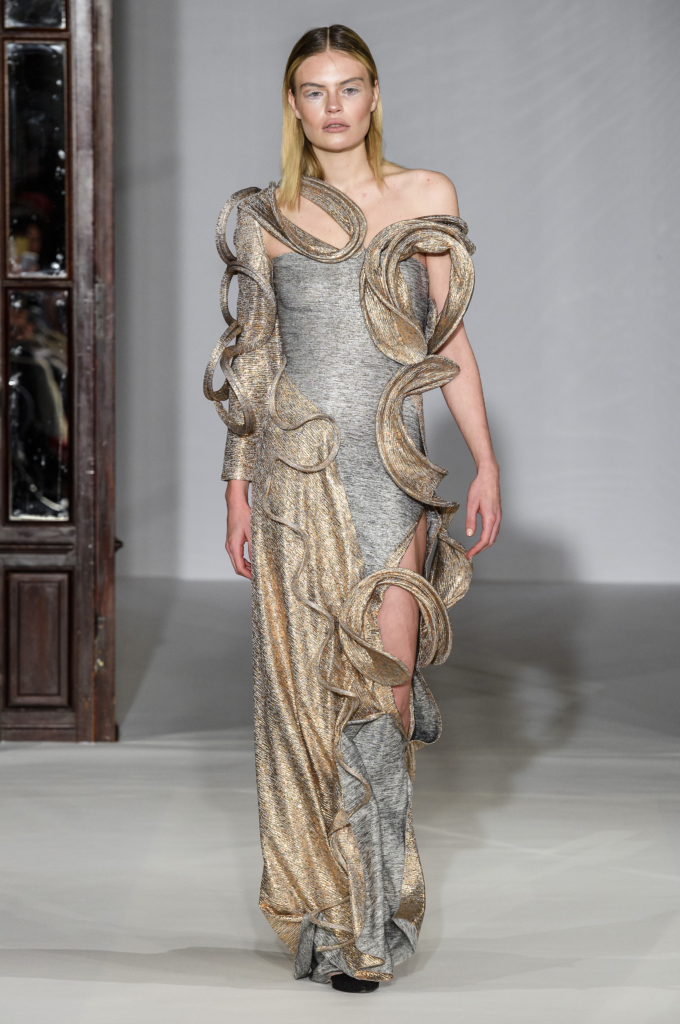 “At the beginning of the century XX, amongst the most respected scientist minds, some of them still used this old word, Ether, for calling the essence which fills the empty Space,” the brand shared in a post-show press release. “They thought that the ether was a real substance somewhere between the physical matter and the pure energy. Their deduction was that the light waves can move from one point to another in what seemed to be an empty space. And we know how important light is important for Patuna. The ether surrounds the physical body like a precious box. It is considered as a part of it, and disappears after the death.”

Click through the gallery below to view photos from the Patuna Spring/Summer 2019 runway show at Haute Couture Paris Fashion Week. 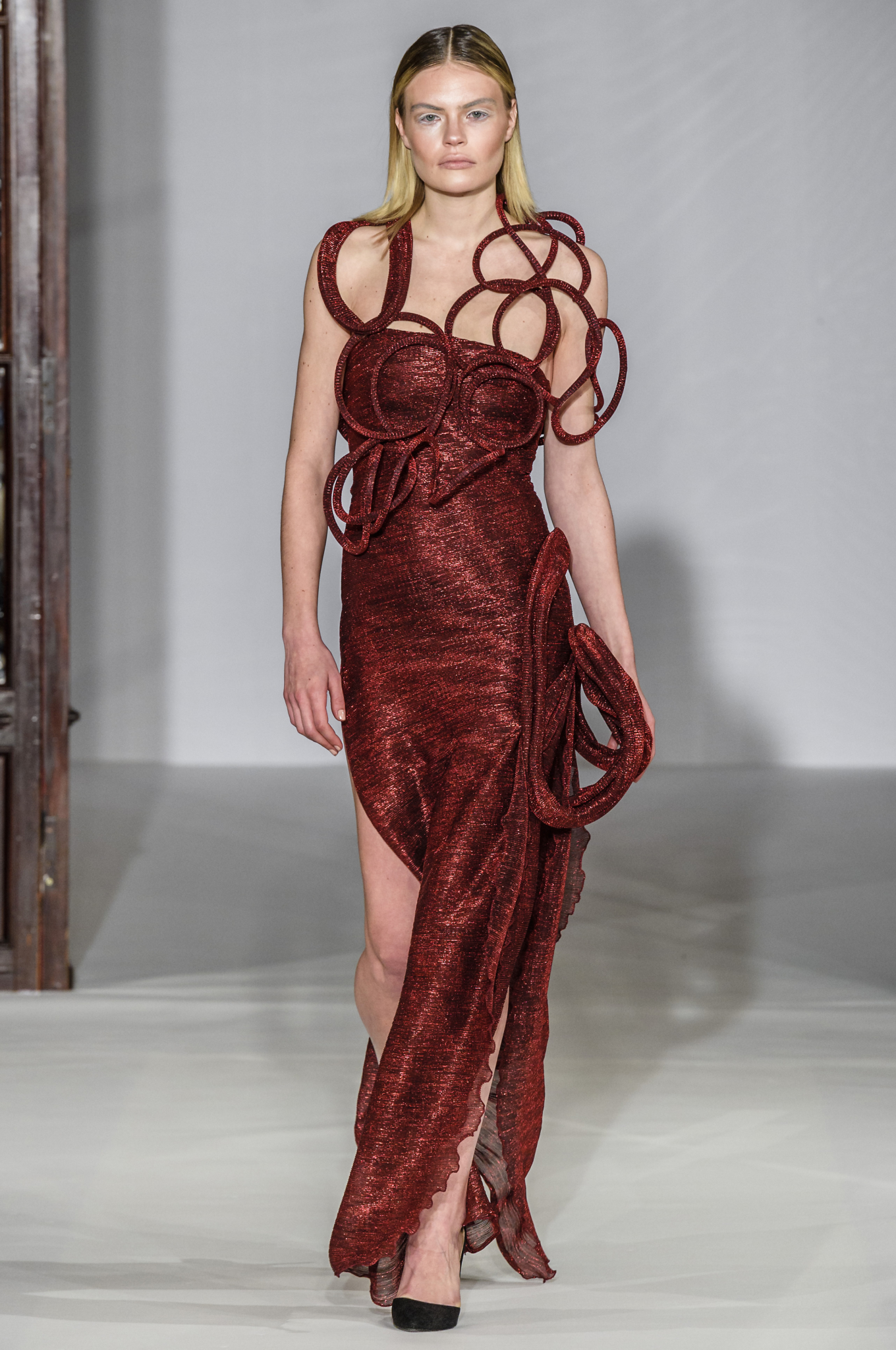 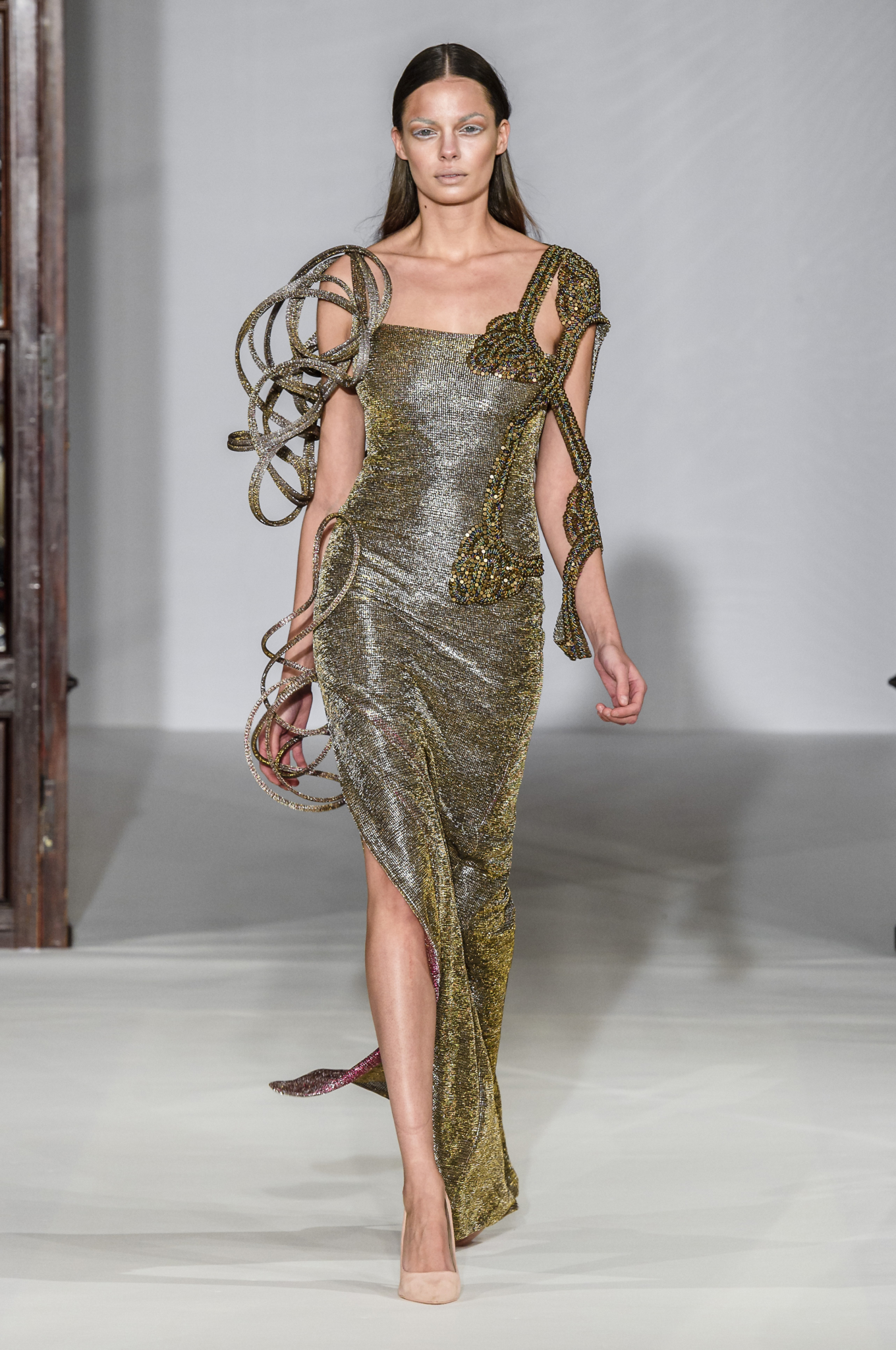 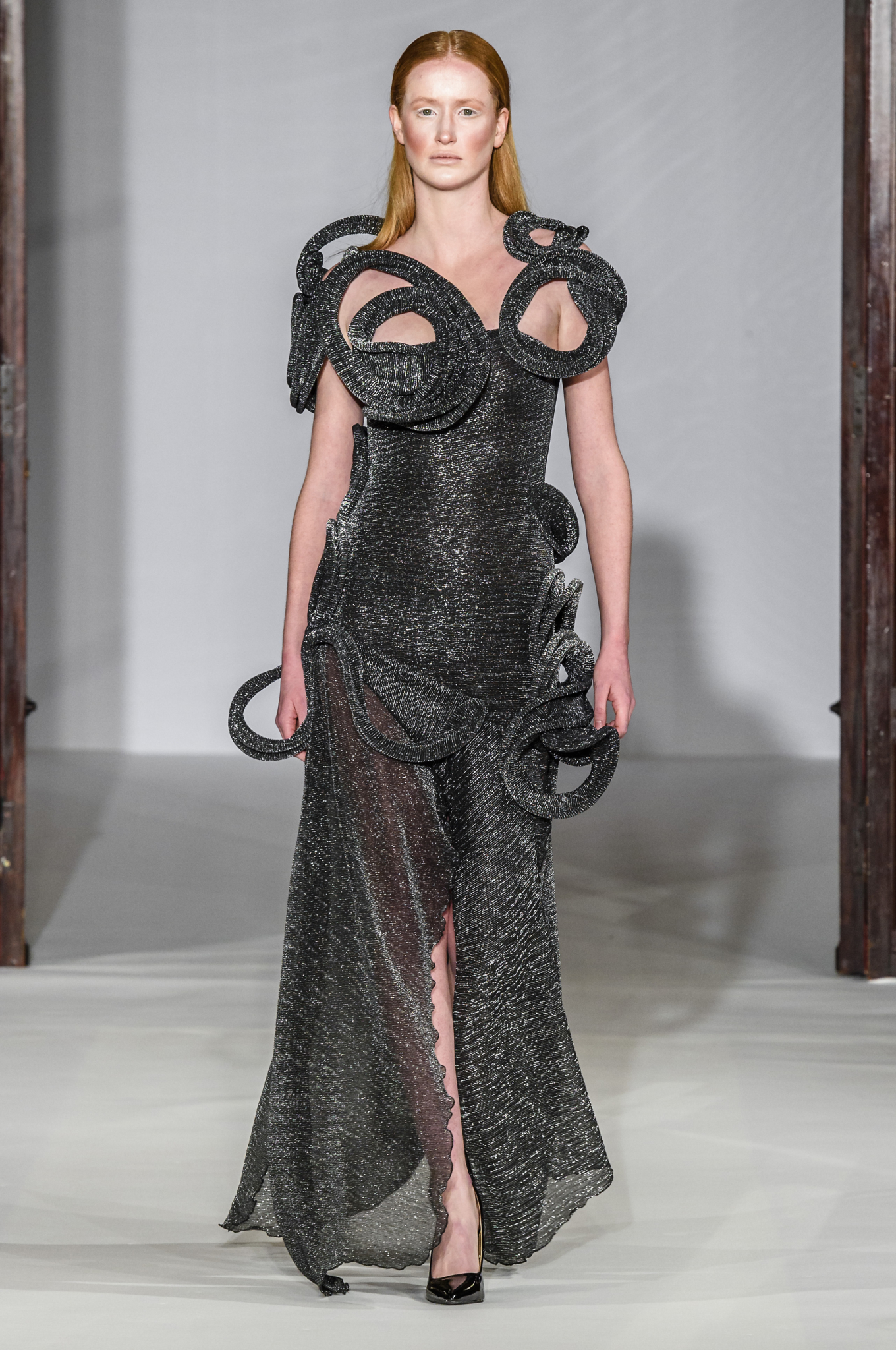 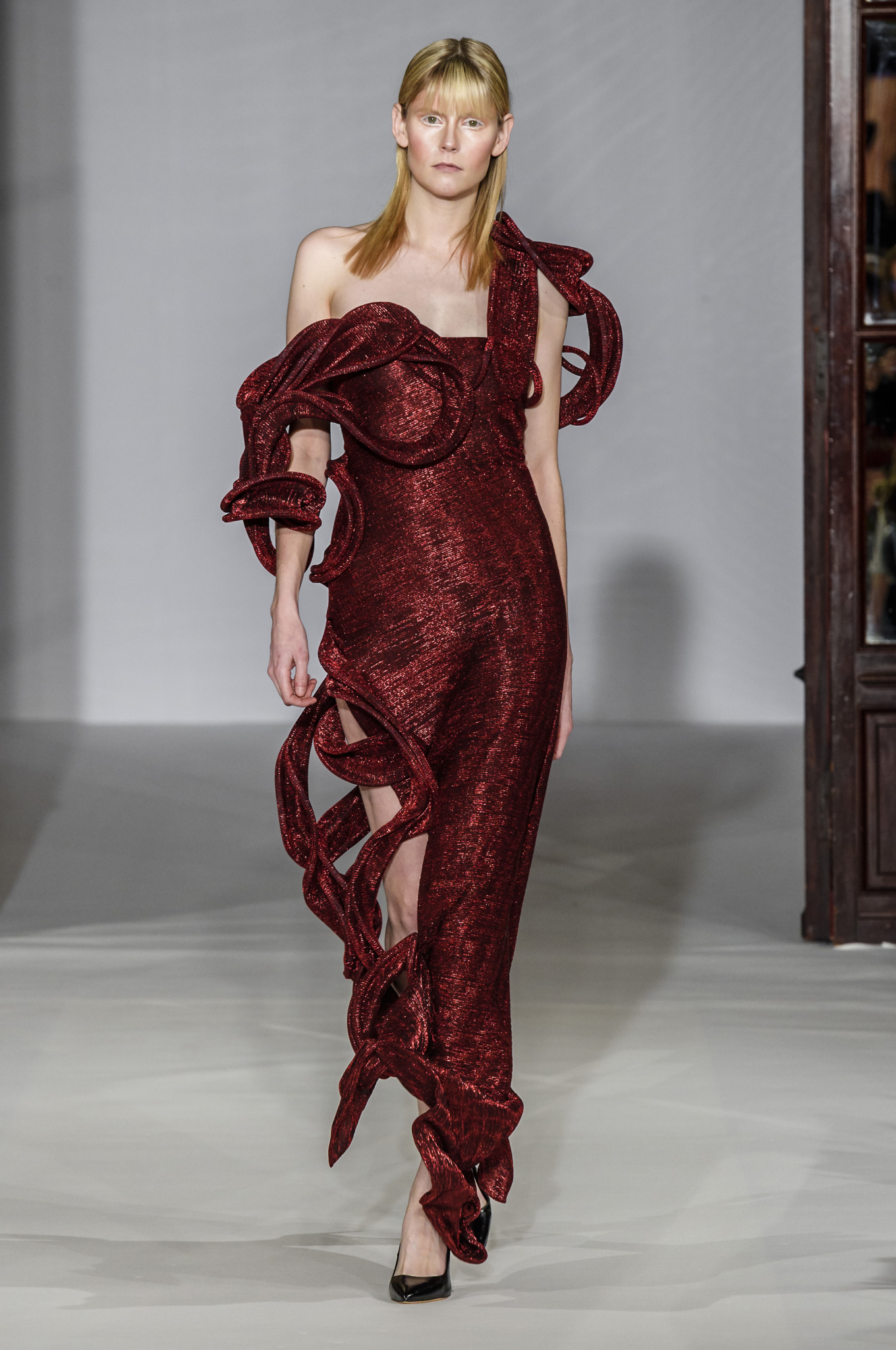 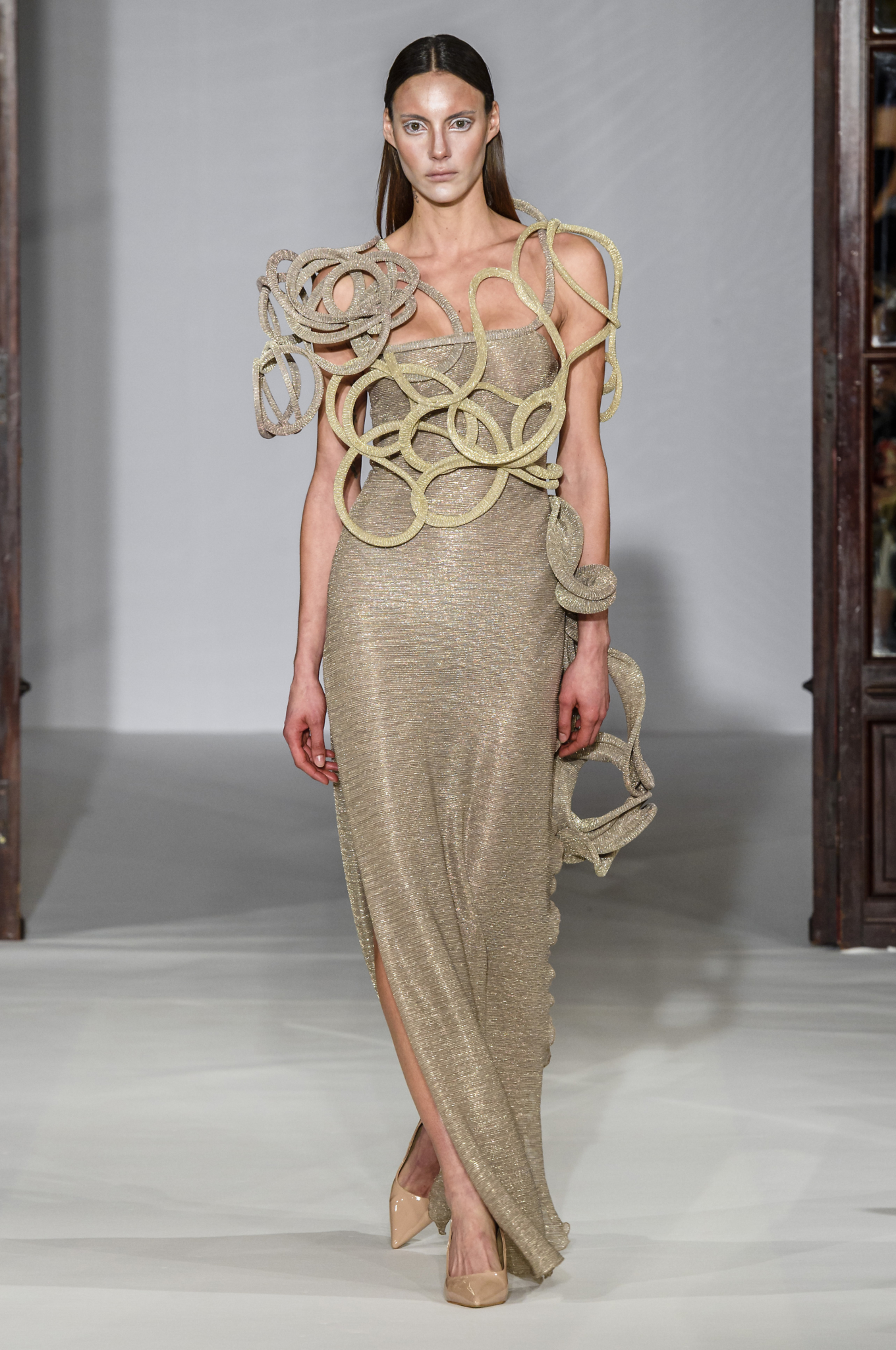 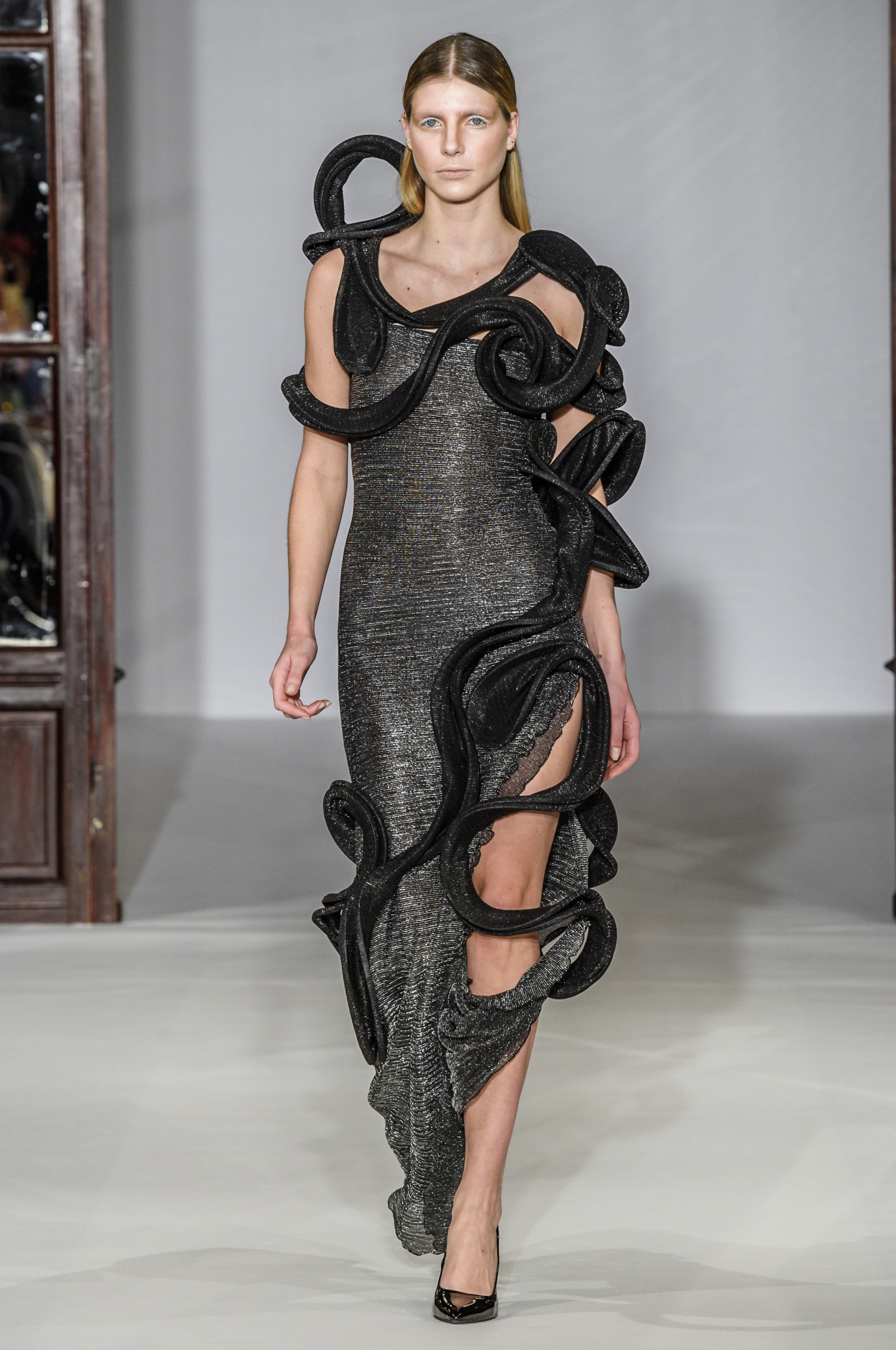 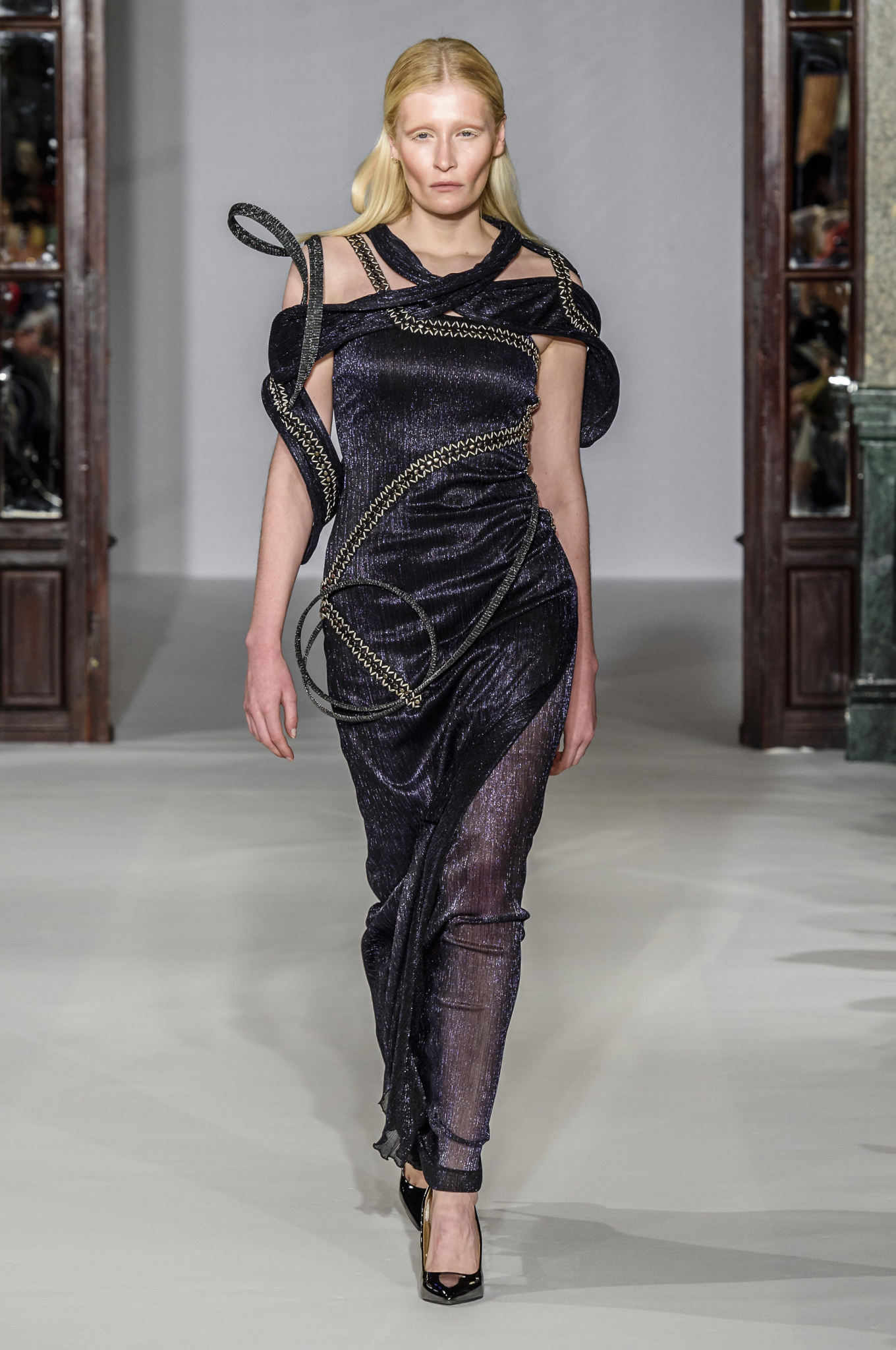 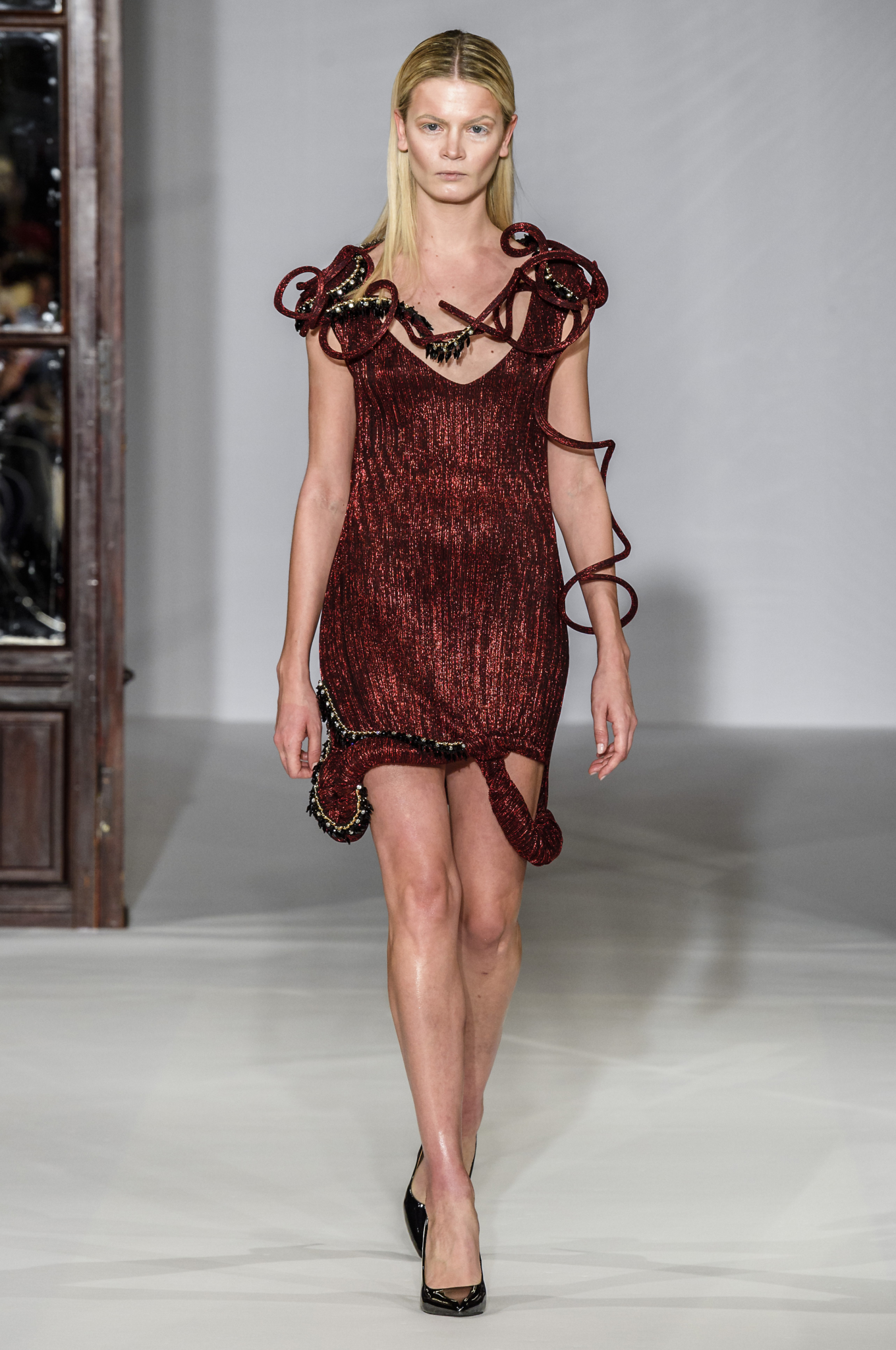 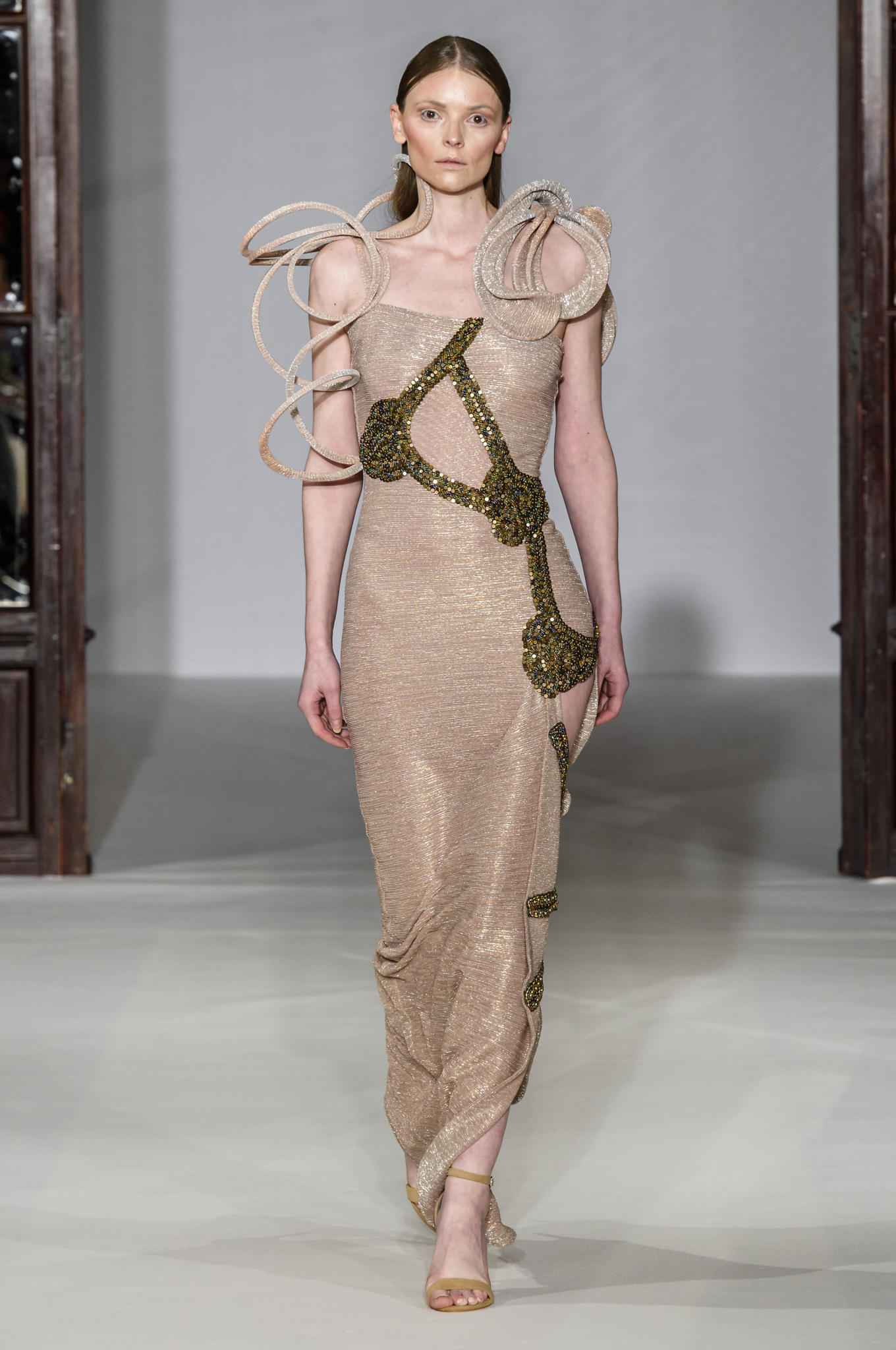 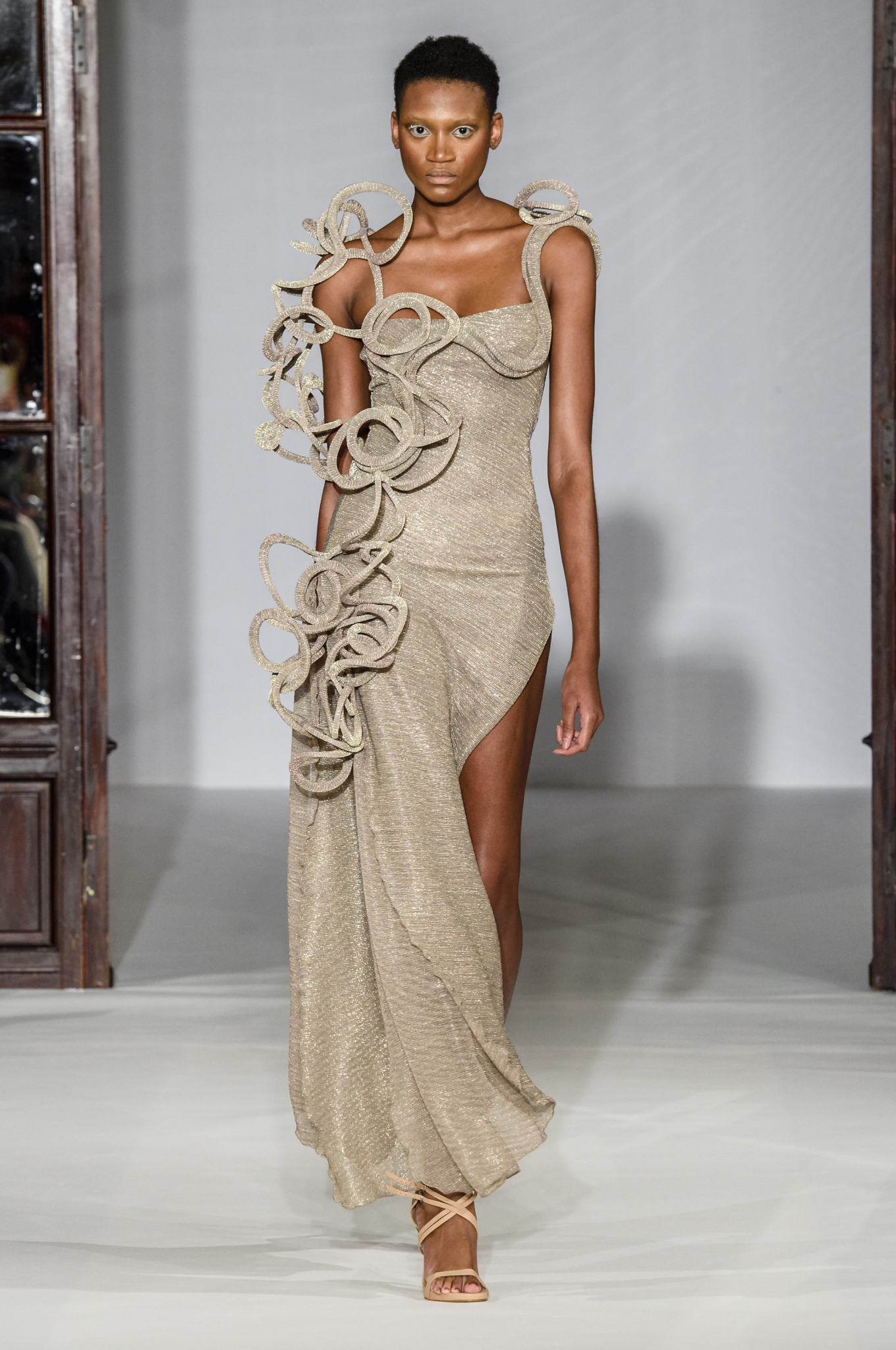 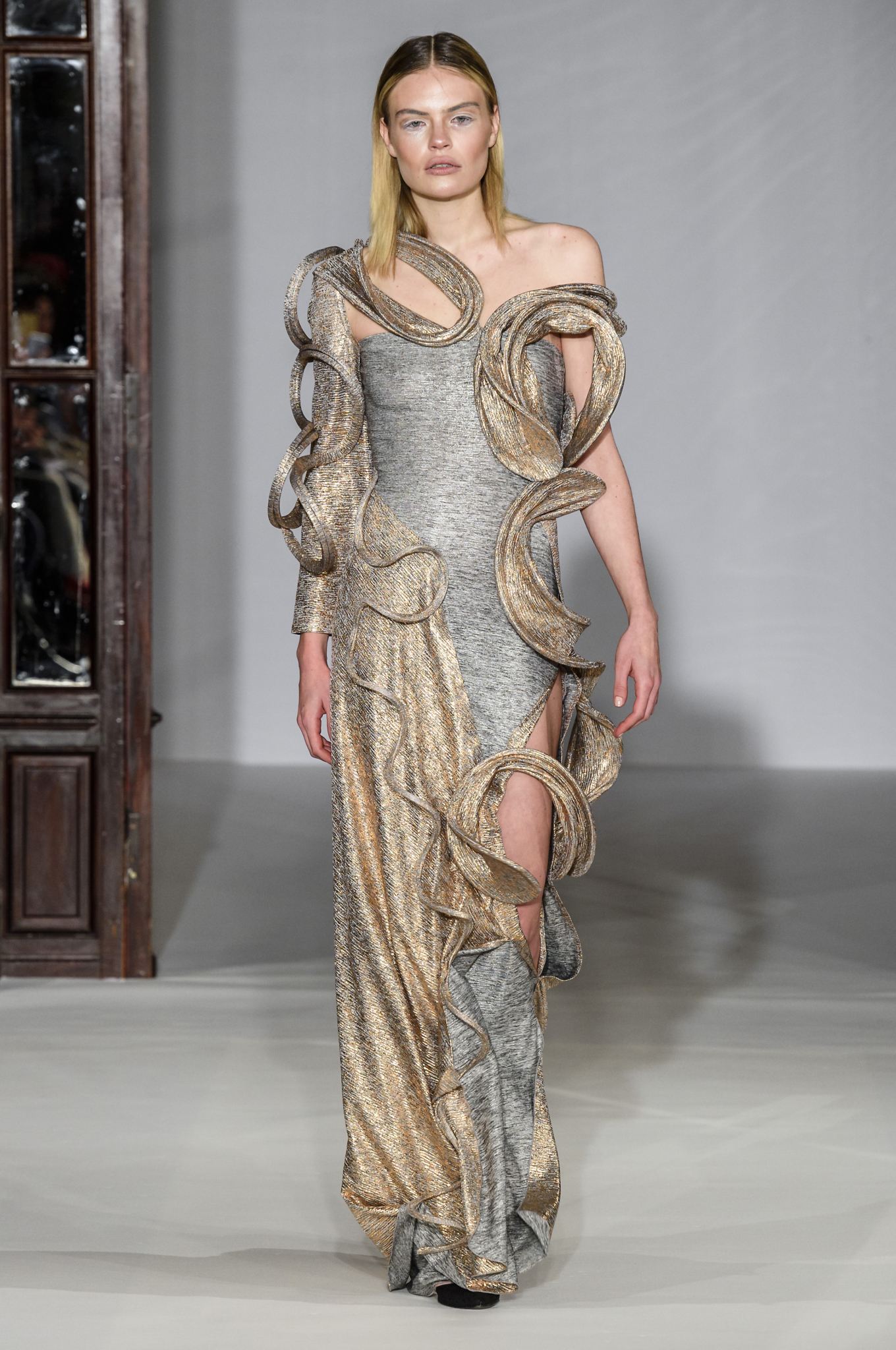 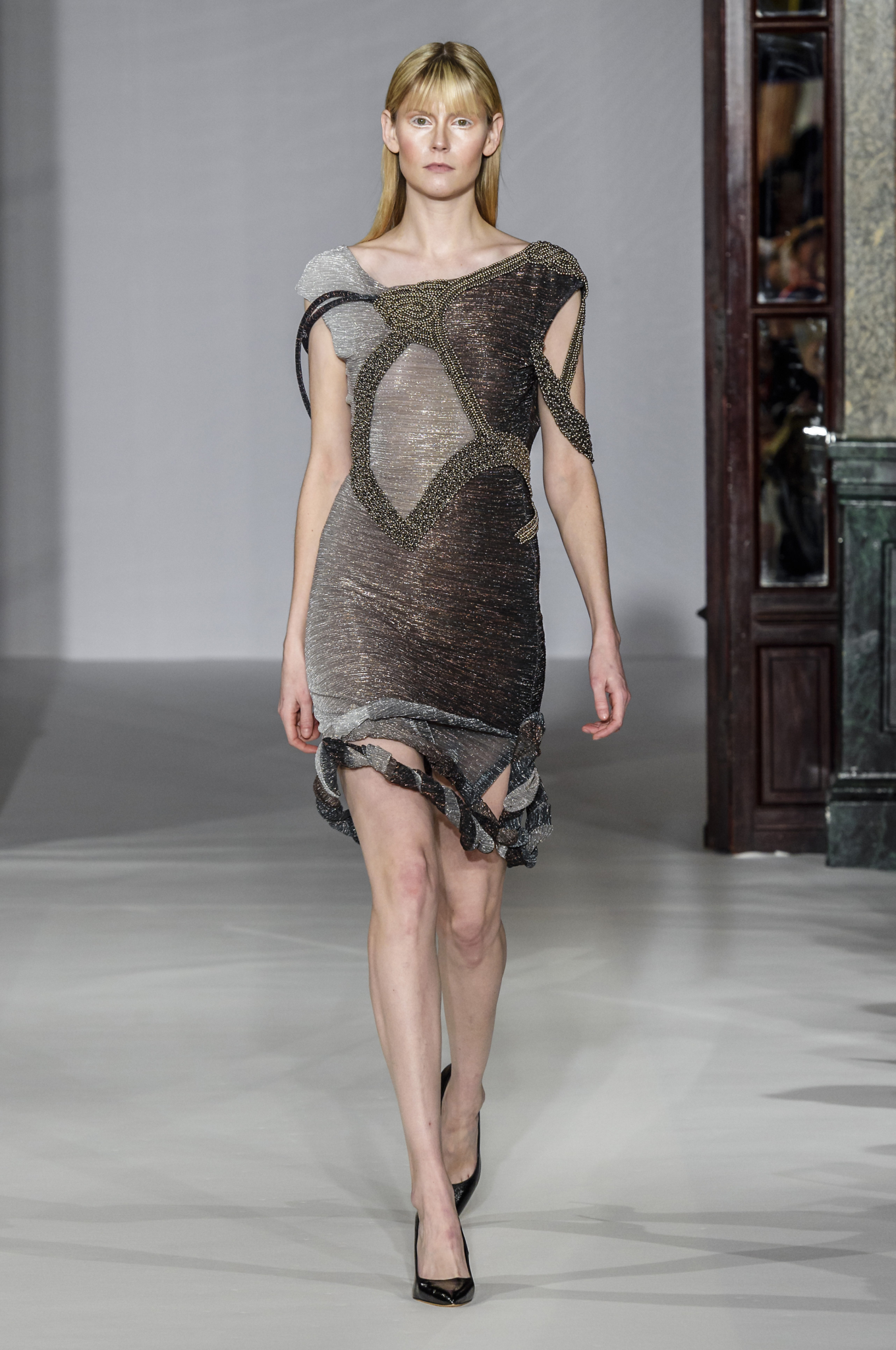 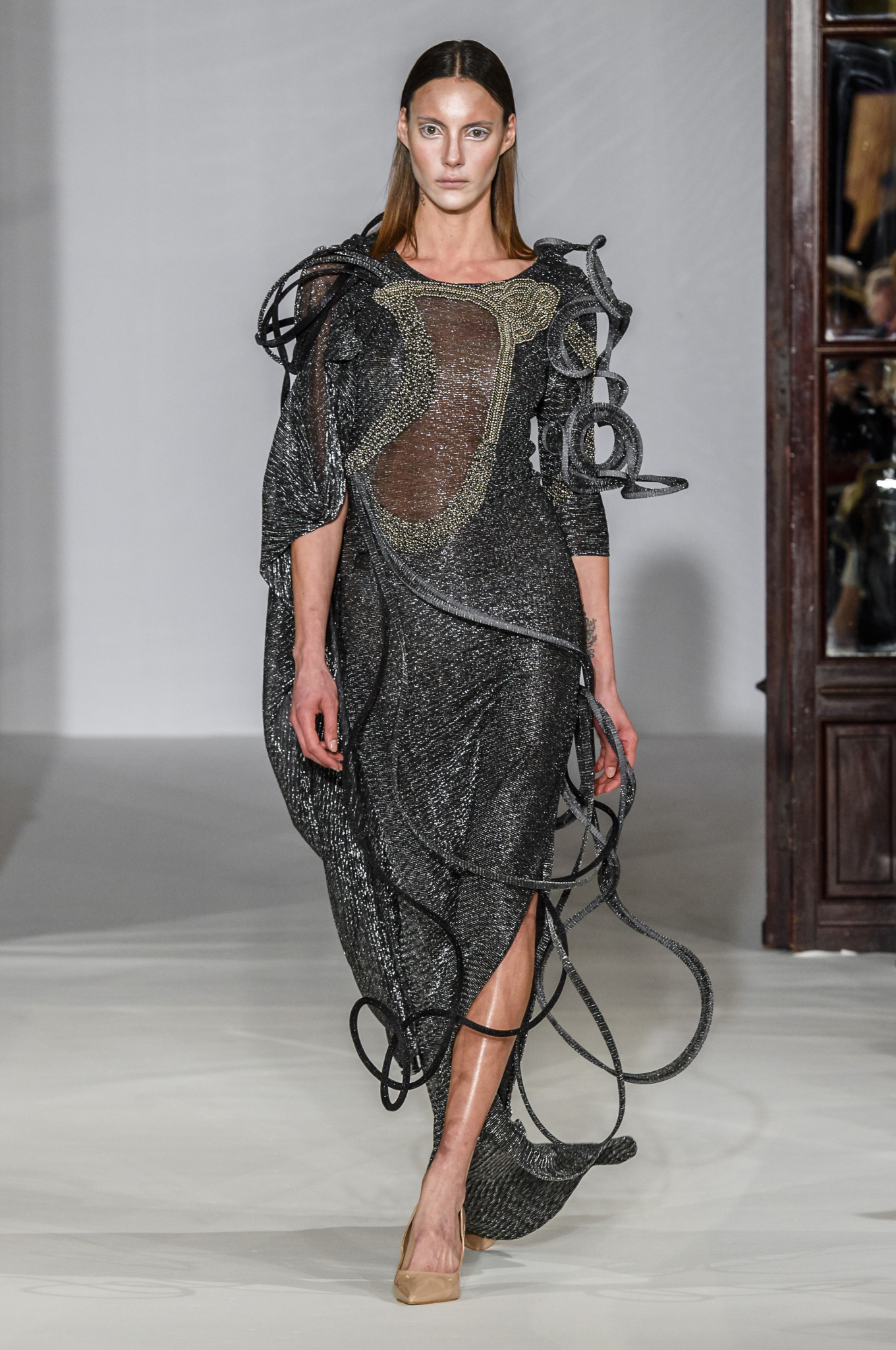 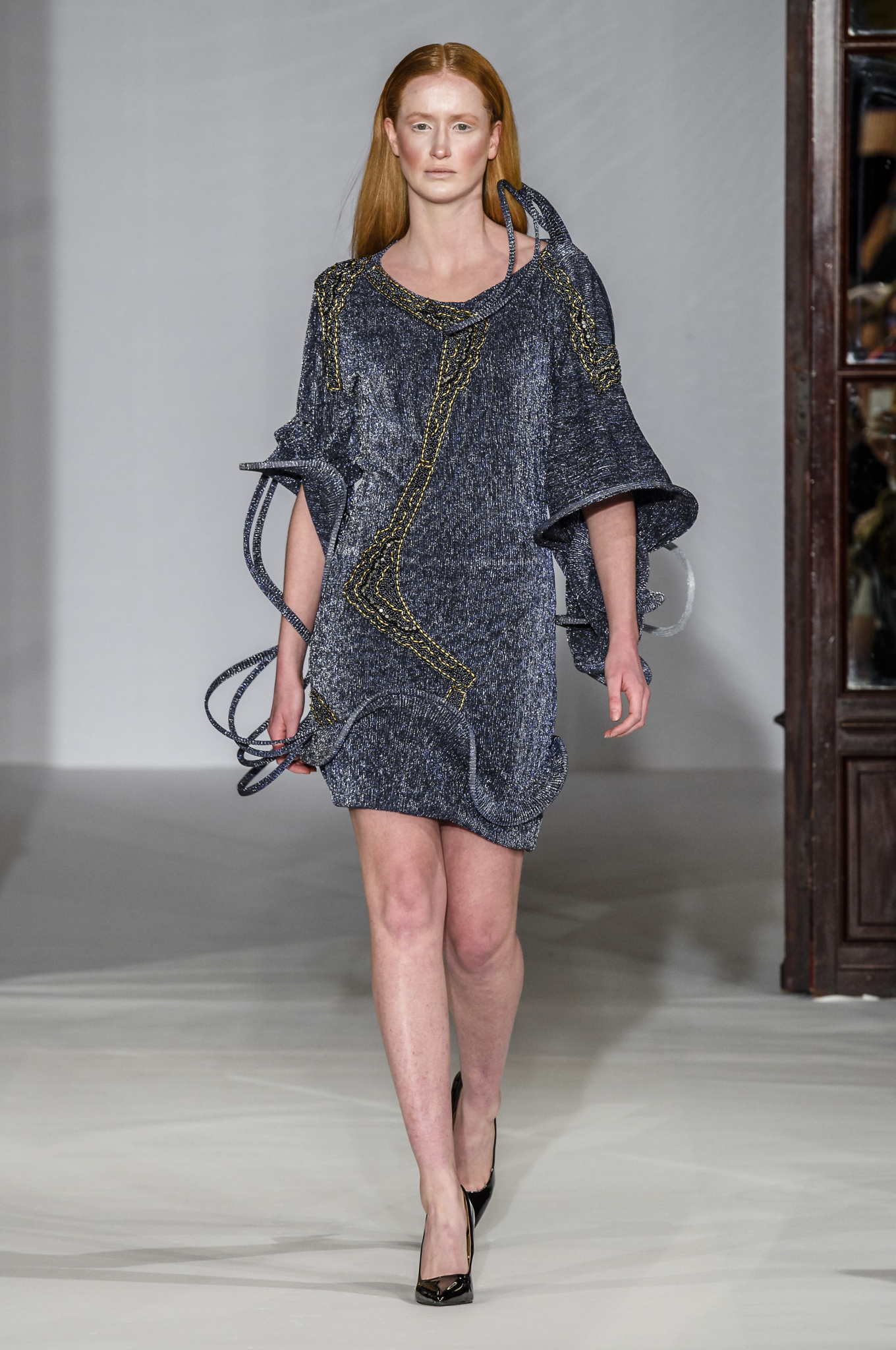 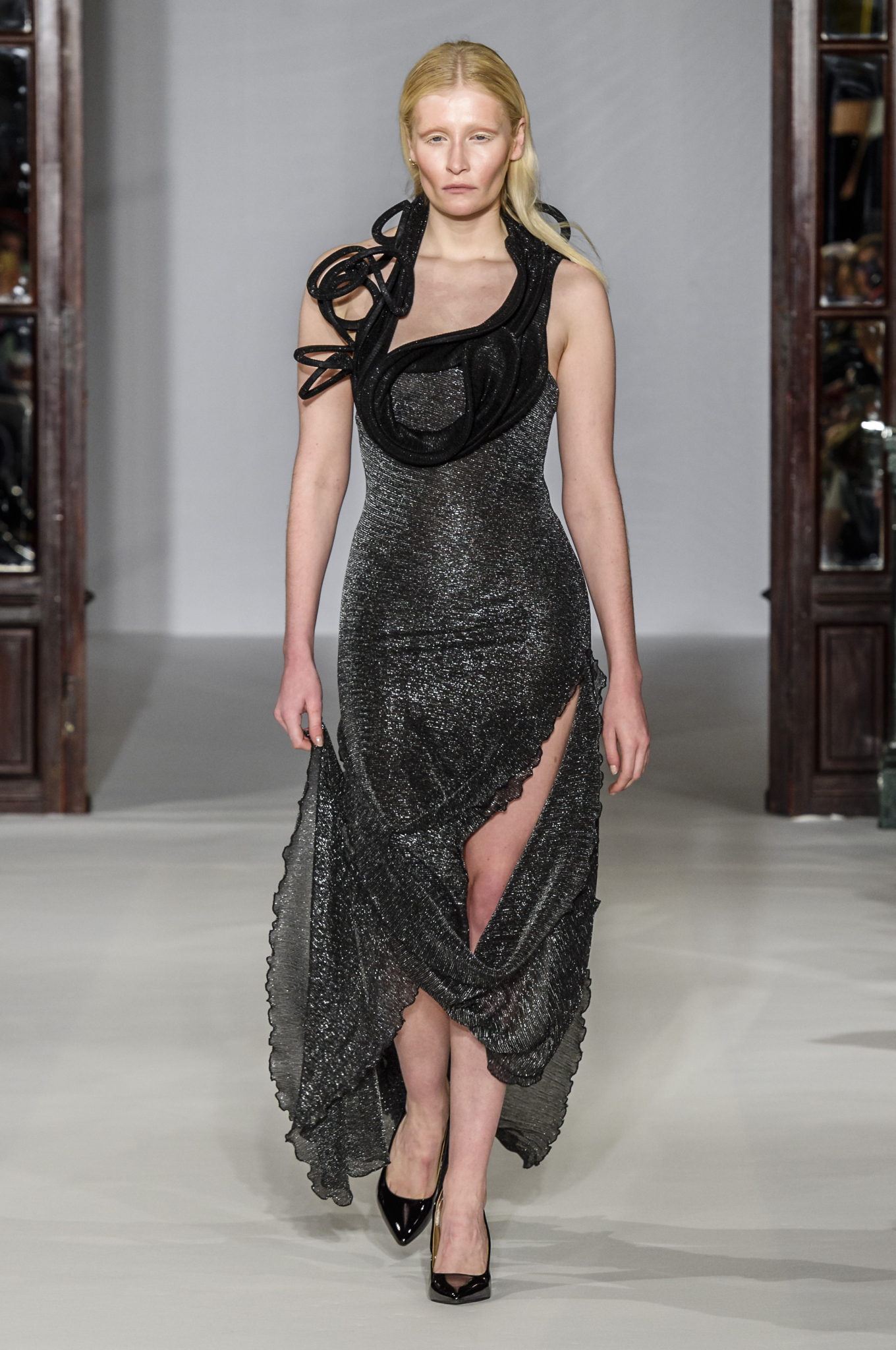 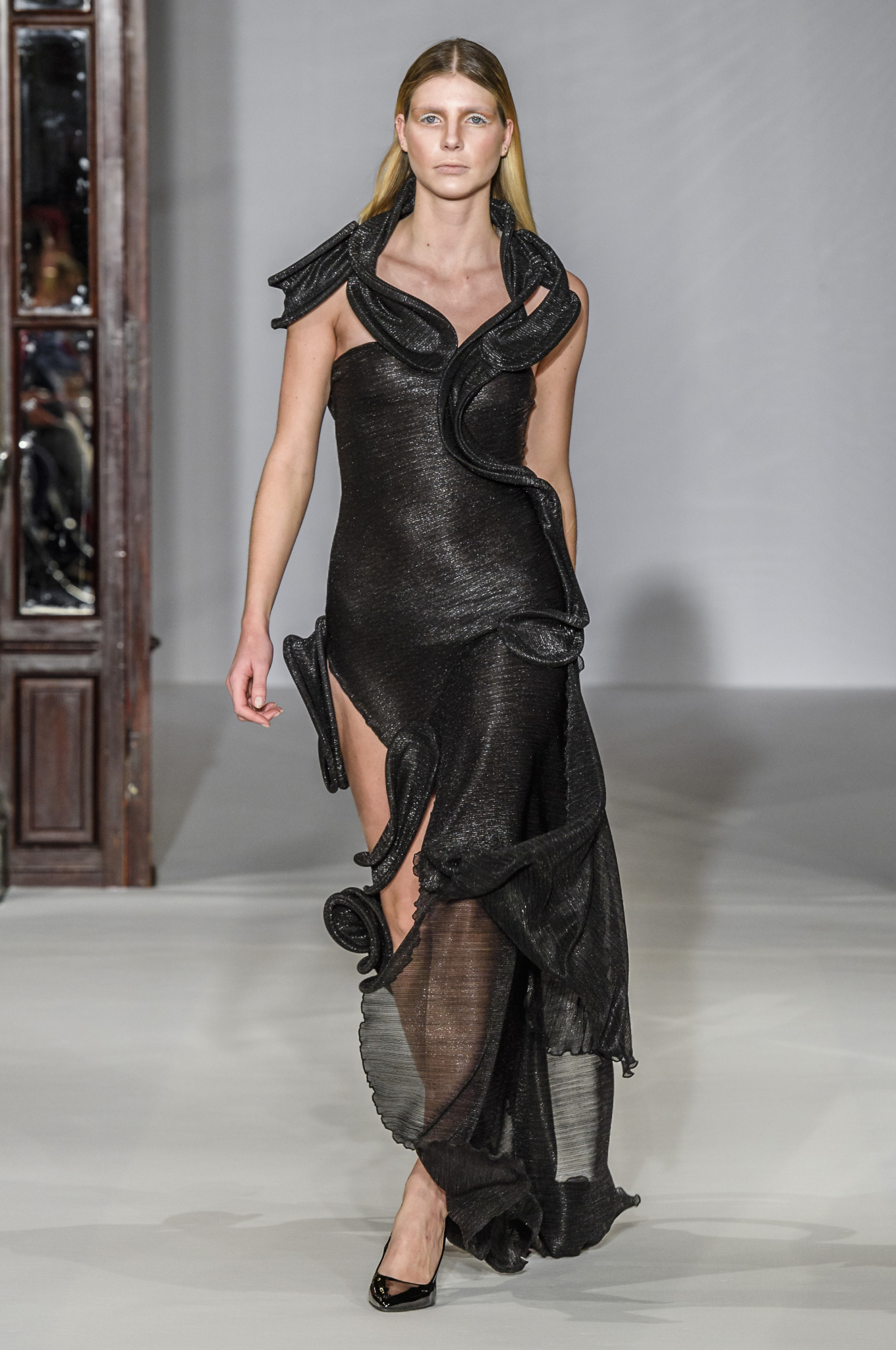 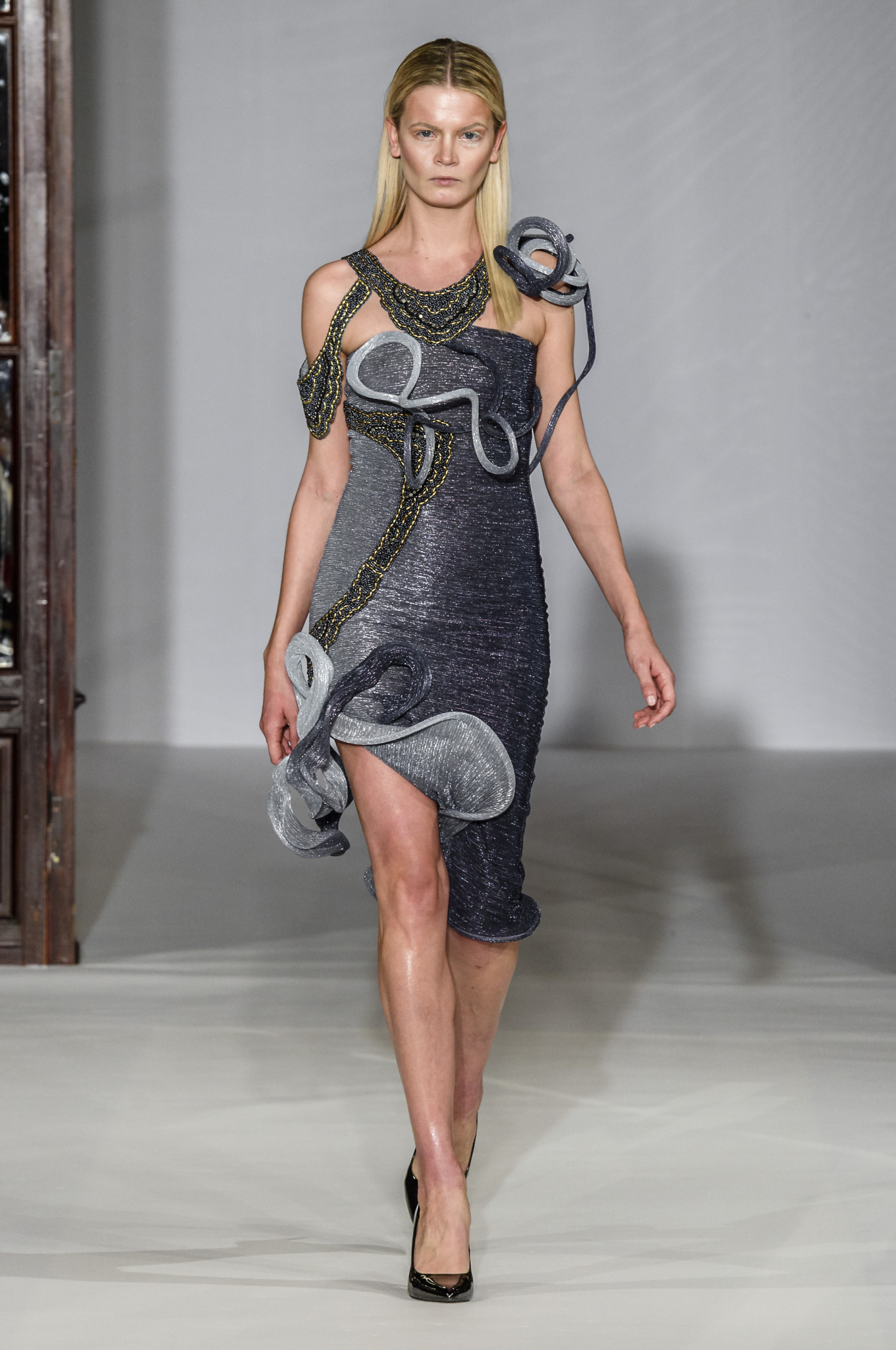 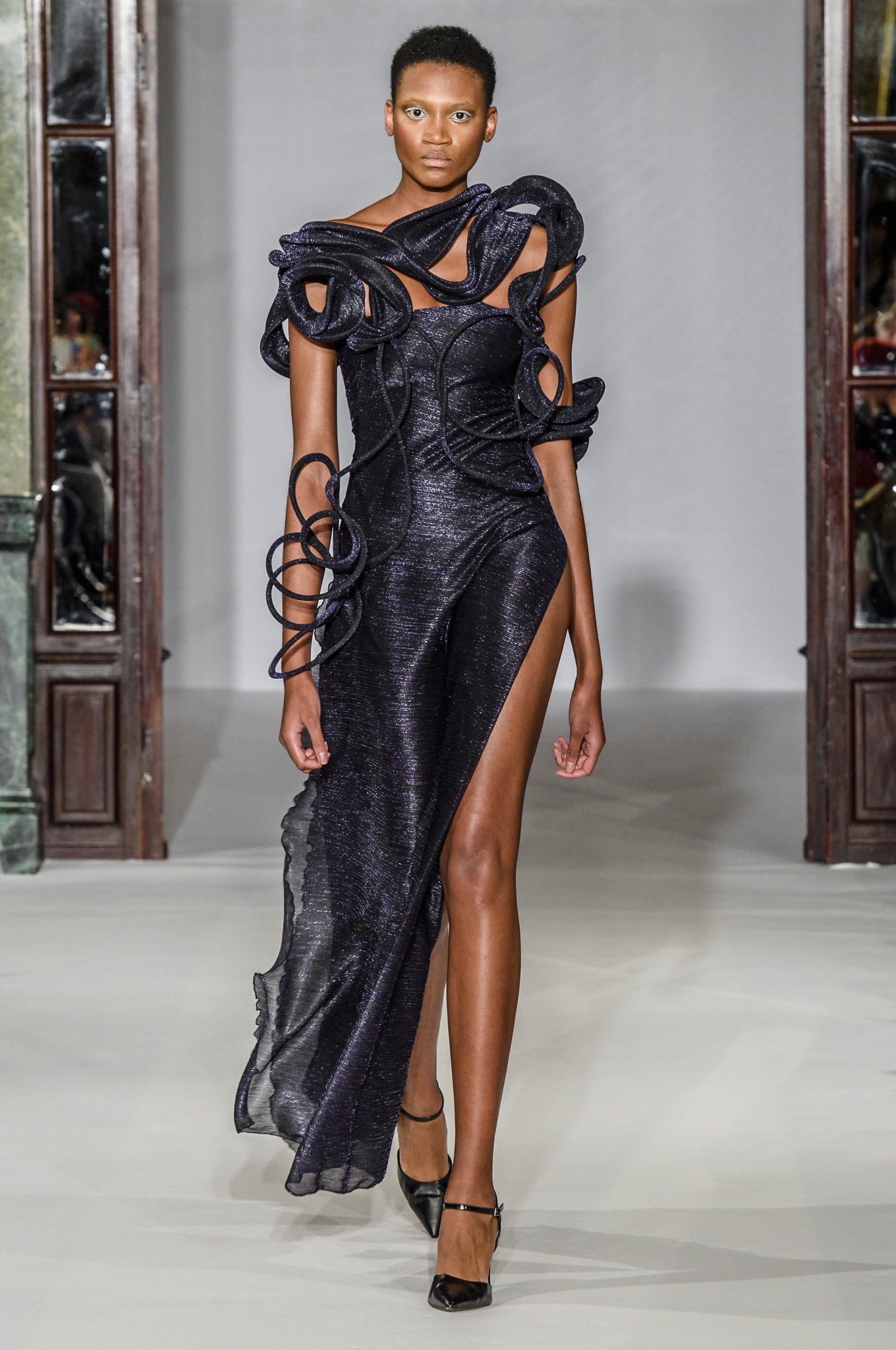 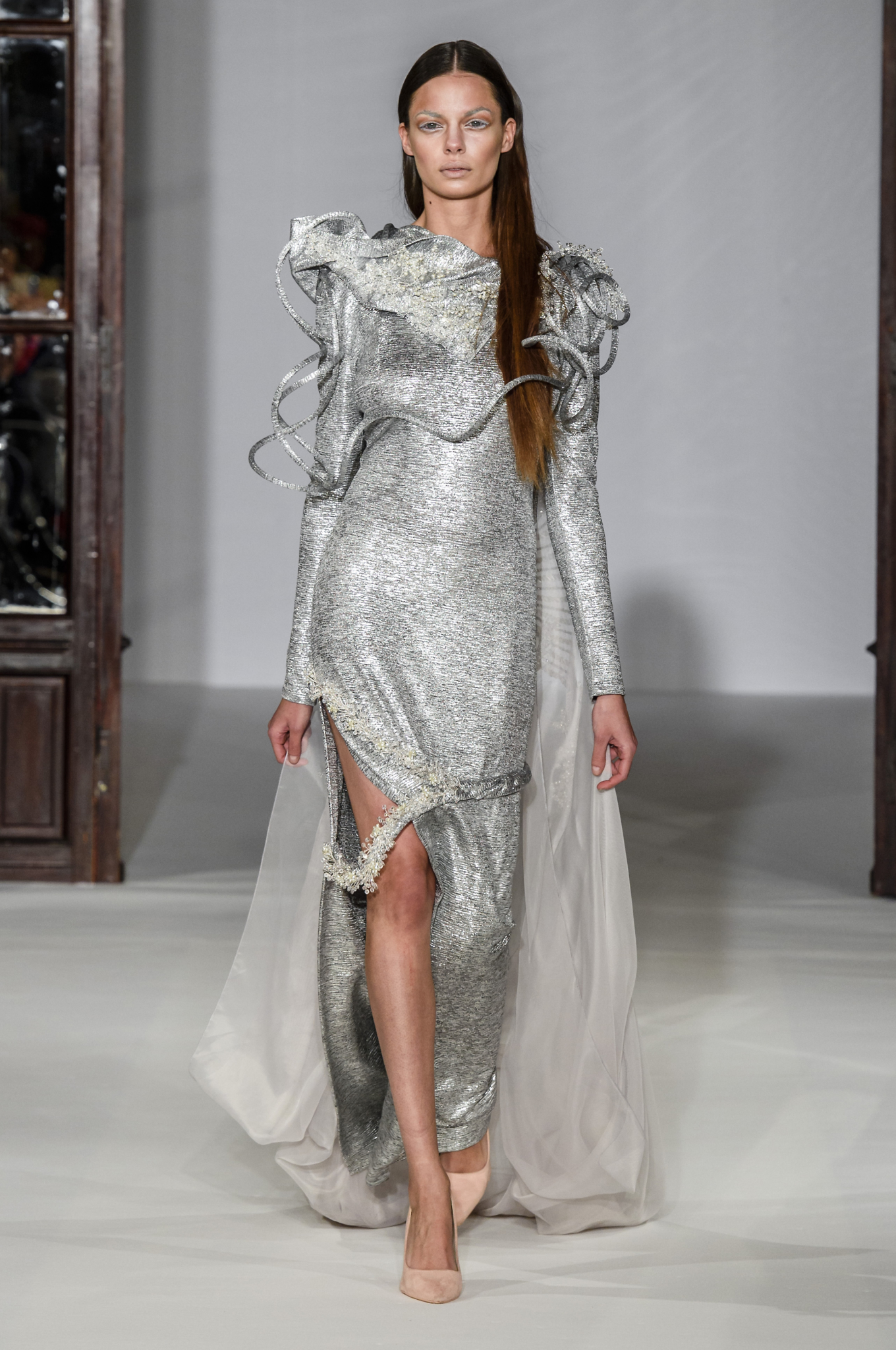 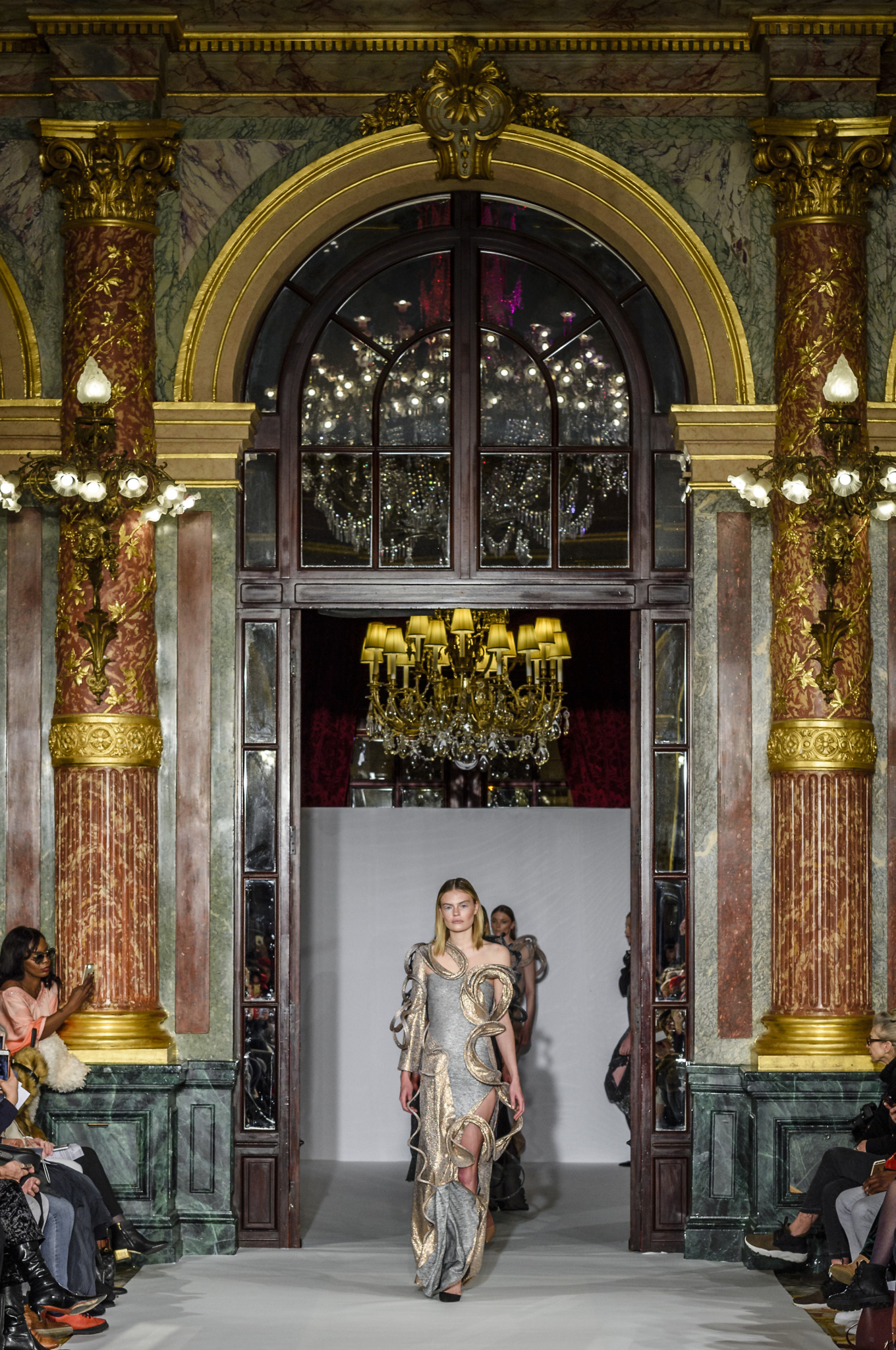 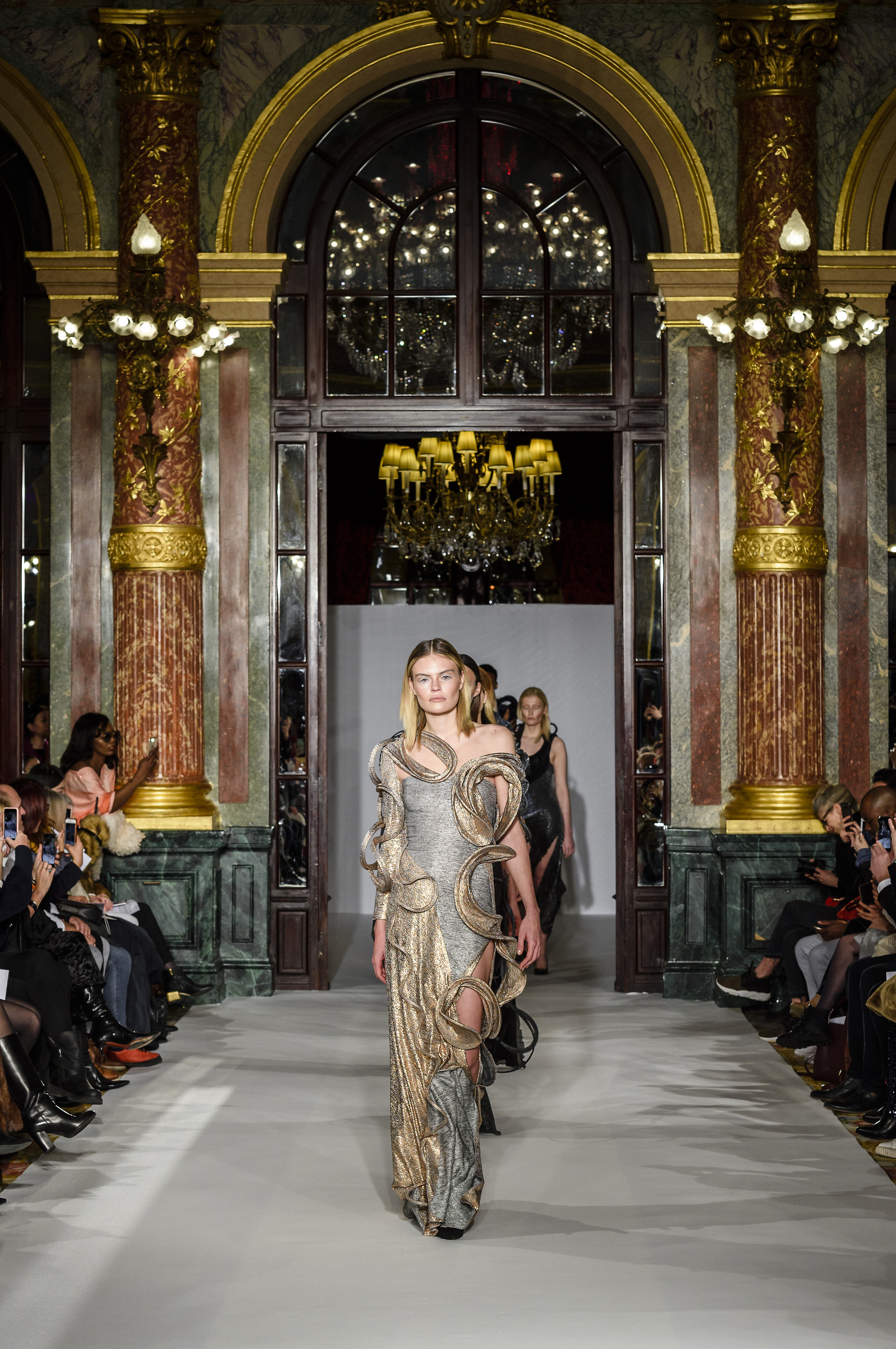 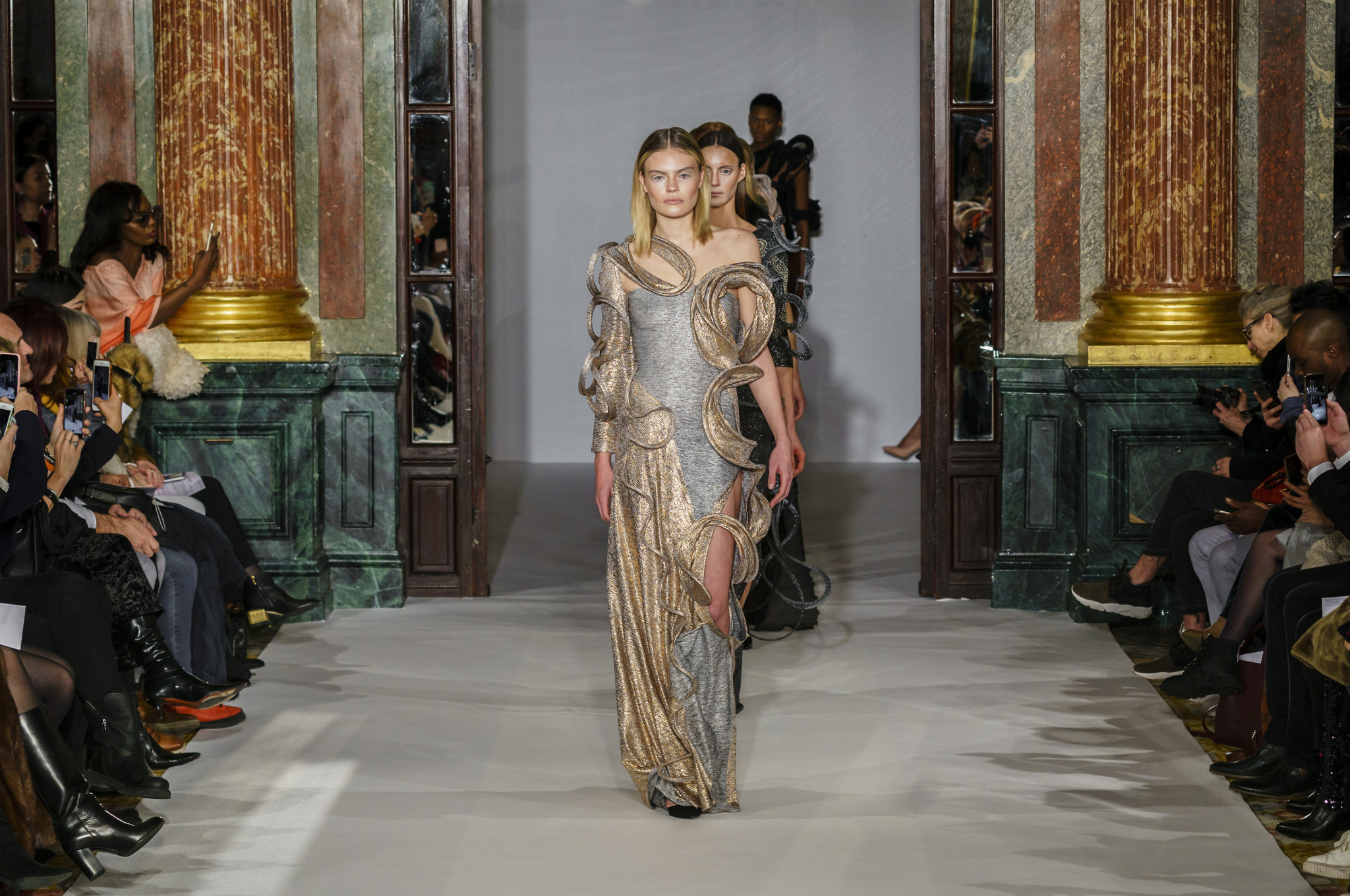 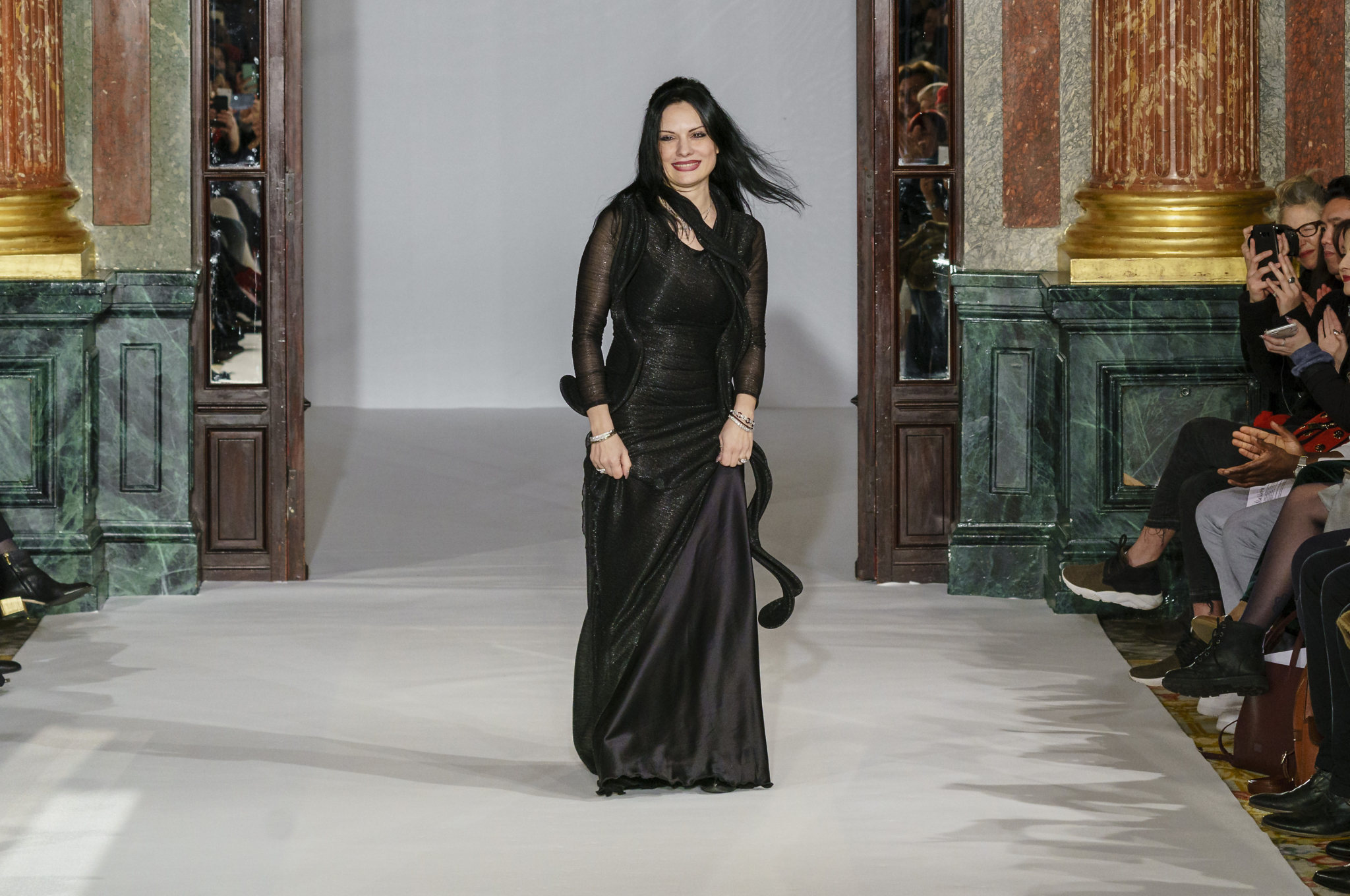 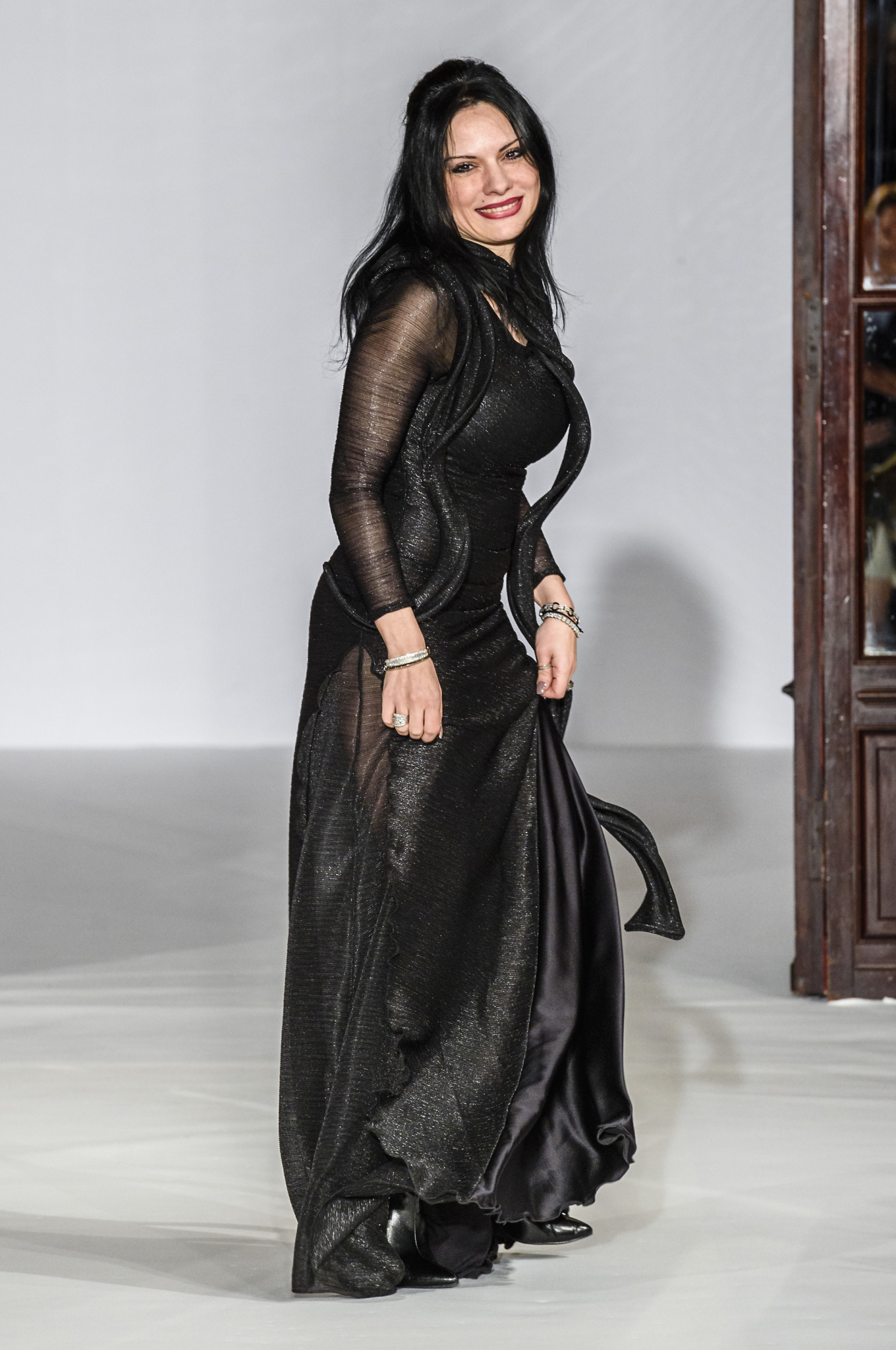