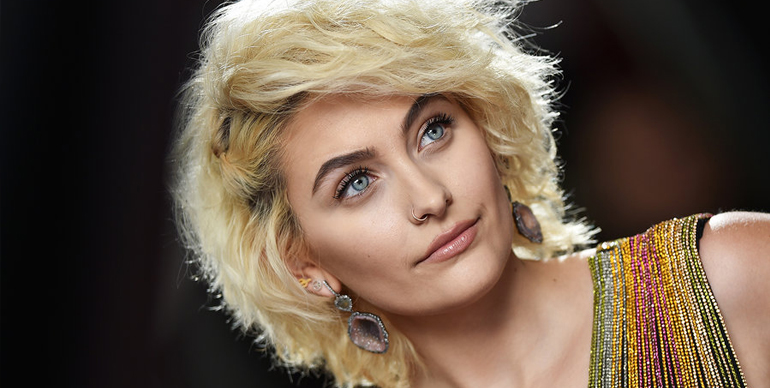 The King of Pop left a giant legacy. Some of it was impressive like his incredible voice and that world-famous moonwalk. Other parts were less flattering like that super tiny nose. However, Michael Jackson’s most stylish contribution to the pop culture world was his daughter, Paris. No longer a kid, Paris is beginning to catch the fashion world’s eye with her unique blend of punk style and traditional red carpet couture. It’s no surprise this trendy girl is causing a stir. When she isn’t representing her father or modeling in her own right, Paris hangs with the millennial model elite like Kendall Jenner and Bella Hadid. Check out these signature looks from Paris Jackson fashion and see where you can work them into your wardrobe. With 80s vintage and runway fashion both trumpeting for your attention, it’s the perfect way to combine both into the perfect wardrobe.

Tied together with the perfect color scheme, this red carpet look from April’s Daily Front Row Awards makes beautiful use of 2017’s floral trend. The gold leaf details glisten like a metallic sculpture and complement Paris’s pale blonde hair. Notice how this Paris Jackson fashion look sneaks in a little reference to the 80s. Her hair is a subtle riff on perms from the King of Pop’s greatest decade.

OUT FOR A CASUAL DAY

Slogan tees and Converse sneakers are staple vintage items that are such a part of modern retro fashion it’s as if they never fell out of favor. Assemble them with some frayed jeans and you have a punk-inspired look that feels simultaneously 80s and 00s. If Paris Jackson fashion is evoking the 2000s already, she must be astute. That renaissance isn’t scheduled to hit full swing until the fall.

THE OLD WITH THE NEW

Paris Jackson looked like a stunning new version of 70s chic in this sparkly Balmain at the 59th Grammy Awards. Matching earthy tones with glistening fabric, these golds and ochres and olive greens were paid gorgeous homage to an age long past. With platform heels and slightly windswept hair, Paris fused formal and casual in a way few celebrities can.

Mixing a little bit of everything from the last five decades, Paris Jackson fashion at the Grammys was always a pleasant surprise. To present one of the awards, Jackson’s daughter donned this colorful dress with a 60s pattern and contemporary structure. You can take away a direct lesson from this look. If the various vintage renaissances feel overwhelming, try and see how many different decades you can fit into one outfit.

Black and white outfits are one of the enduring trends of the 2010s. The struggle is how to keep reinventing this simplistic color palette. At February’s Fall 2017 shows, Paris donned a slogan tee and punky leather jacket for an 80s throwback look that was anything but boring. Fleshed out with sexy utility boots and a basic black pocketbook, this is a prime example of how to make retro fashion work in a modern context.

Athleisure is the only way to sum up this new and improved Paris Jackson fashion look from April. Armed with a Starbucks coffee and her smartphone, this one picture sums up what millennial fashion has become in 2017. Sneakers, leggings, and loose tops are the casualwear of choice both in and out of the gym. Make that patchwork bag your statement piece and endure a buzzcut. Welcome to the epitome of current summertime punk fashion.

If he could see Paris Jackson fashion, Michael would be proud. She has a surprising calm that makes athleisure seem reasonable and the 80s, wearable. If you want the ultimate trendy look this summer, she is your one-way ticket to stylish.