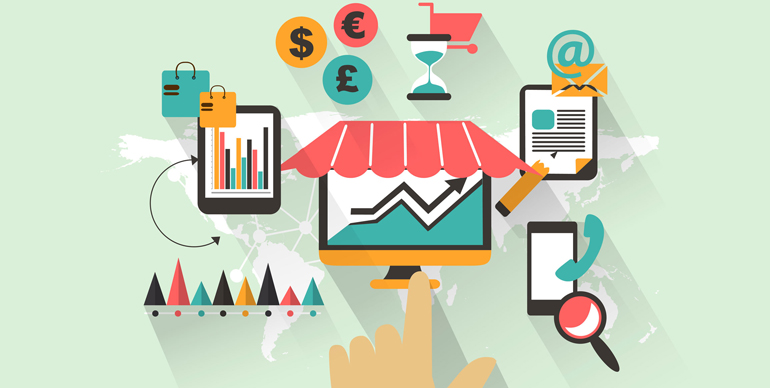 There’s a tried and true word that sums up the current relationship between fashion and technology almost perfectly: Omnichannel. It’s a conceptual word describing  the cross-channel business model companies use to increase their company base. It’s the idea that retail should gather consumer information from multiple sources instead of only relying on the quickest or most efficient. This modern emphasis on the symbiosis of real life and virtual reality should be helping to preserve physical stores. Yet, as more and more people favor online purchasing and internet-driven markets, in-store shopping continues to wane. Many people even excuse the gaping flaws in e-commerce due to its practicality. Imagine how popular e-shopping will be once virtual design tools erase these glitches. With the retail apocalypse in full swing, Omnichannel could be many stores’ last hope.

When online shopping first started, it was an extension of the brick and mortar store. Companies treated it as a new, improved home catalog where email orders replaced snail mail. It was designed to make offsite retail simpler, not replace the physical experience of browsing in-person at malls and outlet stores. Since most saw the new marketplace as an add-on, it didn’t have the aura of fantastical or futuristic possibility. Ironically, Omnichannel really began as a concept that dictated how to incorporate e-commerce into a store-driven market.

By the early 2000s, the internet was becoming an undeniable force in the retail industry. Companies were beginning to understand that online shopping and e-commerce were going to require new business models and marketing strategies. Omnichannel as a concept grew out of this need to embrace technology as a new means of effectively gathered customer data. It was first put into action by Best Buy to compete with Walmart’s electronic department in 2003. With this new approach to customer centricity, brands could monitor their customers more closely. The seeds for everything from retail apocalypse to customization were sown.

THE PROS AND CONS

Like every concept, Omnichannel has its share of positives and negatives. To its credit, it’s a business model that should preserve retails stores and encourage companies to get people to shop in person as well as online. That’s a big asset. There aren’t very many voices out there advocating for the physical clothing store. Any marketing process that could prevent technology from forming a complete information monopoly is worth keeping to help maintain industry balance.

Yet, one could argue this concept of balance is what got retailers in trouble in the first place. Omnichannel retail was supposed to foster company growth. As technology becomes more user-friendly, it will seduce more customers and gather more information than brick and mortar stores ever could. It’s not so much that Omnichannel killed the tangible store. Technology simply moves so fast it’s beginning to render Omnichannel obsolete.

THE END OF RETAIL SHOPPING?

When Omnichannel rules an industry, accessibility dictates everything. The fact that retailers using Omnichannel are dying is a primary example of where the fashion industry is headed. With virtual design tools and 360˚ online stores, the flaws that once plagued e-commerce have all but vanished. If every aspect of shopping online is easier than in-store shopping, the need for stores will simply disappear. This progression is what brought us the current retail apocalypse and it doesn’t show any signs of stopping. If access is the thing to beat, retail is going to have to step up its game or face the omnibus.

Through no fault of its own, Omnichannel created an atmosphere that threatened physical retail stores with easier, online options. Only time will tell if we lose the brick and mortar retail store altogether.