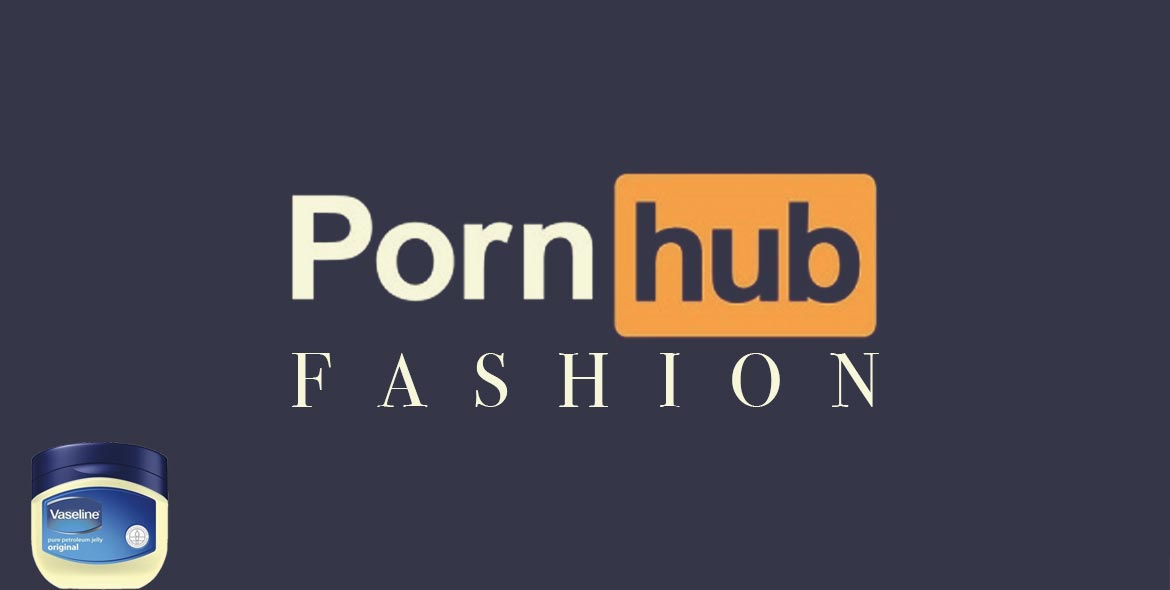 Thank Hood By Air for taking the plunge and collaborating with the largest pornography site on the Internet. It’s uncertain what this partnership was inspired by, besides just doing to do it. But hey, isn’t that what fashion week is all about? Oh, and caffeine abuse.

The trending design of the Hood By Air/PornHub fashion show is Vaseline. The models were smeared in it. It clung to their cheeks, chins, noses, and foreheads. Some were caked with it, their hair pressed down and shiny. Others wore a blend of Vaseline and Bumble and Bumble’s Gel Oil, the gel’s slimy, milky-colored look reminding everyone in the room of another sticky substance commonly seen in many other PornHub-sponsored enterprises. The connotations weren’t so shocking, just gross. This wasn’t necessarily something new as much as it was a continuation of normalizing taboos.

The most uncomfortable part was the models themselves. They looked sloppy and disheveled without the ecstasy. No one seemed to feel attractive or, ironically, sexy. In fact, there was a funny, American denial in the room. When asked to explain the Vaseline choice, a make-up artist tried to deny the sexual nature of the show, stating the aesthetic was meant to emulate “mischievous children who get into household accidents with items such as Vaseline.” Yeah, okay. Not buying that for a second.

“Hello, My Name is Wench”

The individual pieces presented by Hood By Air proved far more fashion-oriented. They were less promiscuous, more askew and strange. The show was themed on the phrase “wench,” an archaic word for a female servant. Almost all models sported a sticker somewhere on their outfit declaring, “Hello. My name is Wench.” This sight was mild compared to the other displays revealed on the runway. Many models, both male and female, wore store-folded oxford shirts strapped to their chest. If worn, many shirts were left partly untucked or with one arm sew into a sleeve like a straightjacket. Most jackets for women were worn unbuttoned, displaying their bare chest.

Perhaps the most revolutionary and confusing look was the double shoe, built like two shoes were sewn together at the heels. The practicality of such a shoe was as expected. Pretty damn impossible to walk in. The shock value was great. Whoopie Goldberg was there. I’m sure she was saying, “normal is nothing more than a cycle on a washing machine.” You tell em, Whoopie.

Shock was the mere merit of the Hood By Air/PornHub fashion show. Two-tipped shoes, Vaseline drenched scalps, and luggage you walk on a leash. Crying for attention, much? Of course. It’s fashion week ladies and gentlemen. #stayweird