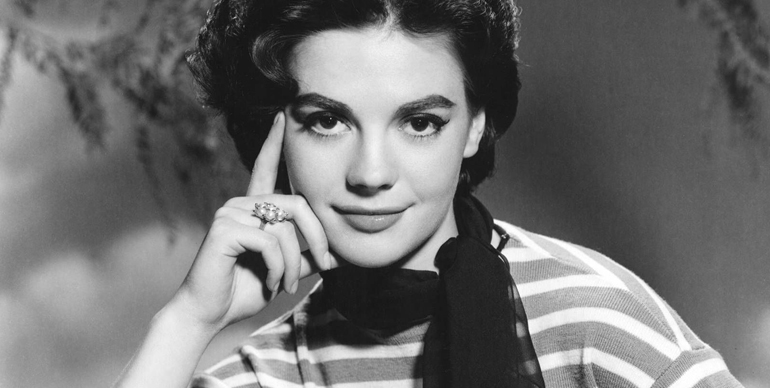 Many great stars carve a timeless legacy for themselves when it comes to fashion and beauty. It’s Dolly Parton’s towering hairdo or Marilyn Monroe’s billowing skirts. Sure, these stars adjusted their style as the decades wore on, but despite those gradual changes we still remember them for one or two iconic looks. That’s not the case when it comes to Natalie Wood. Over her 40-year career, this child star turned Hollywood siren distinguished herself as a fashionista by expertly adapting her look from decade to decade. From 1940s pigtails to thick- rimmed glasses in the 70s, Natalie Wood fashion stands as a testament to the power of an evolving wardrobe. It made her a national sweetheart dolled up perfect for each new wave of pop culture. With dozens of eras returning in the vintage fashion world, let her expert decade-shifting help you craft a wardrobe that pays homage to the entire second half of the 20th century.

As a child star, Natalie Wood was the epitome of a 40s girl in a rustic plaid dress and frilly lace apron. It was as if she stepped right out of a classic post-war commercial. With Americana styles back in the spotlight this fall, you should definitely consider lace and plaid for your wardrobe. Want a youthful hairstyle to add to the mix? Looped braids are just the thing.

After three years in front of the cameras, young Natalie was getting precocious. She let those tame loops down in favor of lively pigtails and a tomboyish air. The energetic 50s were taking over. There aren’t many looks for your modern wardrobe from this retro decade, but with the right ribbon youthful braids could work great for a casual summer picnic.

Leaving her girlish style choices behind, Wood came into her own as a Hollywood teen during the mid-50s. In place of braids came the pageboy cut and gamine bangs. Instead of a little plaid dress, she donned a velvety coat and gaudy earrings. The innocent child of 1940s cinema was officially gone.

One year after her debut as a mature actress, Wood starred in the game-changing Rebel Without A Cause. Sporting longer curls and simpler clothes, she made Capri trousers and leather jackets the rebellious attire to aspire to for teenage girls across the globe. If you long for a feminine alternative to James Dean fashion, Natalie’s your gal.

Wood stumbled through the early 60s trying to find her footing as a woman after spending two decades as the nation’s young sweetheart. Recurring roles as an immature teenager didn’t help, but a change in wardrobe had the desired effect. Tweaked makeup, more jewelry, and a mature halter-top transformed Natalie into a true Hollywood woman. If you’re a mod-60s lady, copy her for an impressive party look.

Call it hopping on the Hippie train if you like, but as the 60s gave way to freer modes of expression, Natalie embraced the print trend like a pro. There’s not an element of this classic look you can’t successfully translate into your wardrobe. Gaudy florals are in, hoops just became the earrings of the fall, and everyone wants a pendant necklace. You can even get away with pronounced mascara and arched eyebrows. Welcome to the 60s, ladies.

For the 70s, Natalie Wood went a little long and shaggy. Gone were the fancy up-dos and decadent evening dresses of 60s high class. In one of the strangest fashion decades of history, Wood dove in headfirst with embroidered vests and later, square-rimmed glasses. We’re not sure about the shades, but an embroidered top once or twice this fall would do you good.

Last but not least, there’s 80s Wood. She did it all, from shoulder pads to glistening golden jewelry. Up top, those memorable curls from Rebel Without A Cause returned with a decidedly more mature look and longer bangs. In some ways, the adorable girl came full circle as a fashionable woman before that tragic death in 1981.

Changing with the times is hard, but it can lead to success. As you pick and choose between 70s chic, 80s vintage, the 90s renaissance, and this fall’s 00s comeback, remember the subtlety of Natalie Wood. The right choices might just make you a star nostalgic fashionista.