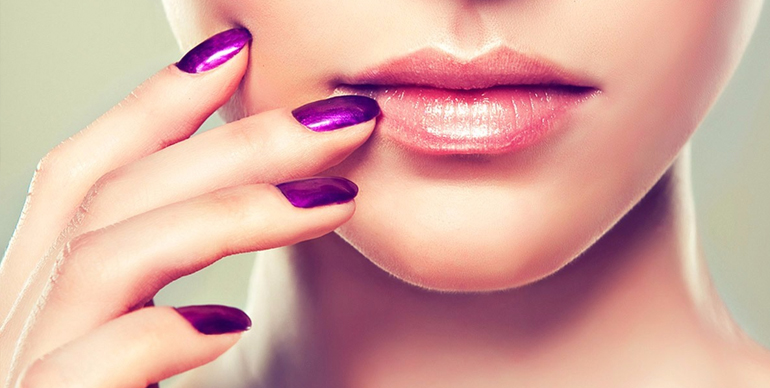 The nail polish industry has come a long way since its humble origins in ancient Babylon. Back then, nail art was a military tool believed to intimidate the enemy. Warriors would spend hours the night before a battle to stain their fingers black and green with war paint. Now, people paint their nails instead of staining them and they have thousands of colors to choose from. You have nail extensions, patterns, and design appliqués are your fingertips. There are even apps that let you design personalized nail art using virtual technology on your smartphone. Nail polish has gone from a militaristic ritual to one of the most customized sub-categories in the beauty industry. In honor of Manicure Monday, here’s a little look back at key moments in nail polish history.

Before divas like Cleopatra and manicurists like Mary Cobb popularized nail polish as a feminine product, manicures were a men’s ritual. If you were an aspiring soldier in ancient Babylon, they were considered a weapon. Before heading off to war, ancient warriors from this ancient kingdom stained their nails with green and black kohl to intimidate enemies. You can’t scare away your enemies with these gritty tactics anymore. Kohl was ruled unsafe in the 1970s and it’s illegal to use the substance in nail polish. To emulate the original look of nail polish, simply find a dark masculine green or charcoal black shade at the store. Both green and black are trending nail polish colors this year, so it’s a good time to give this fierce Babylonian look a try.

Babylonian warriors may have been the first ones to apply color to their nails, but it was a group of aristocratic women in China who invented nail paint. Their early polish was made from a concoction of beeswax, egg whites, gum Arabic, and gelatin. To apply the mixture, women would soak their nails overnight and wake with a soft, smooth covering on their nails. For color, these beauticians extracted pastel dyes from orchids and roses to put in their mixture. This ancient trend  from nail polish history probably looked similar to 2017’s soft pink nail polish trend. Almost every nail polish brand is making a variety of this classic color. If pink is your cup of tea, try a pastel shade on your nails this season.

The Chinese were also the first people to make long fingernails fashionable. Throughout most of ancient history, long fingernails were deemed unruly. Short nails were a symbol of status. This all changed during the Chou Dynasty when noblemen and women began to experiment with long fingernail art. To emphasize the fact that they didn’t have to work, these upper class citizens would grow out their nails 4 or 5 inches long and protect them with bejeweled nail guards. These heavy, decorative guards became the first incarnation of nail extensions. No one adorns their nails with precious metals and gems anymore, but you can still find contemporary designs covered in sequins jewels and silver sculpting.

Cleopatra was the first woman of fame to wear nail paint as a symbol of power. While the men of Babylon stained their nails for war and the Chinese used polish to indicate status, neither of them had the authority or position to influence popular culture through their nail art. The queen of the Egyptians did. Her famous blood-red nail look trickled down throughout Egyptian culture from the halls of the palace to the outskirts of her kingdom. Not long into her reign, any Egyptian who could was sporting a handful of red-colored nails. In many ways, Cleopatra was the world’s first beauty guru. She may not have hosted makeup tutorials at the palace or demanded selfies painted by the Nile, but she boldly defined beauty for an entire nation of people. That’s pretty badass if you ask me.

Although the Chinese invented nail polish hundreds of years before year 1, it wasn’t until the 1870s that Western culture gave nail paint the official title of “polish.” The name came about in Paris when new salons began advertising creams, tinted oils, and powders designed to tenderly clean worn fingernails. These nail salons also offered a nail “buff and shine” service to tidy up fingernails on the spot. This service, similar to shoe shining, is where the title “polish” came from. The late 19th-century was a big year in nail polish history. Across the Atlantic, Mary Cobb was opening America’s first manicure parlor on the island of Manhattan. Cobb’s business was similar to the Parisian salons, but with an entrepreneurial flair. She distributed her own line of beauty products from her parlor and assembled the first DIY nail polish guide, a how-to for at-home manicures.

The transition from dye to pigment may not seem like a very revolutionary step in nail polish history, but it had a huge impact on the industry. Before Revlon introduced pigment-based polishes, nail colors were mixed using natural dyes. Dye worked, but there were a limited amount of colors you could produce when combining pre-existing dyes. With pigment, nail polish companies could artificially alter colors in detail and create color palettes that would accurately blend with different skin tones. This new control over nail colors made concepts like customization and skin-matching technology possible. Rather than tailoring their clothes and hair to complement nail polish, people could now select custom nail shades that matched with their skin tone and hair color.

Ironically, acrylic extensions were invented out of necessity. American dentist Frederick Slack stumbled upon the idea after breaking his fingernail at work. To fix the break, he made a faux fingernail out of aluminum foil and dental acrylic and applied it to his nail. To his surprise, the fix proved very effective. Working off his unexpected success, Slack and his brother Tom patented a refined version of the makeshift faux nail two years later. By the 1960s, acrylic nail extensions were a popular phenomenon. A few decades after Slack’s invention hit the market, a new group of inventors designed the gel extension. Gels looked gentler and more realistic, designed to look like natural nails. Today, debates rage about which material is the better option.

Nail polish history is full of stories. There’s an intriguing secret behind every element of the industry. Who knew Cleopatra and Chinese royalty helped shape the nail polish you know today?