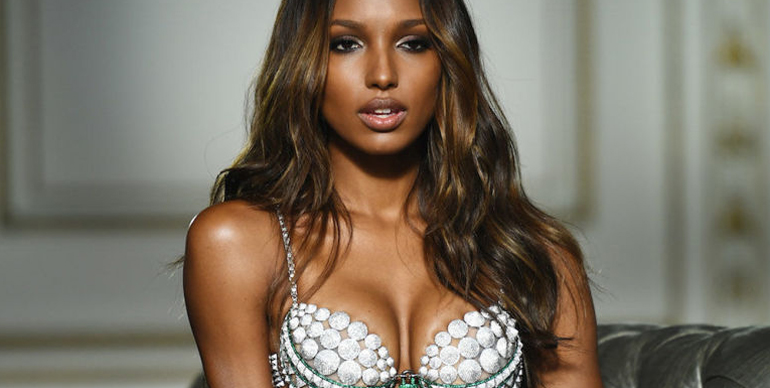 There are plenty of models to watch who are not Kendall Jenner. I’m not talking about the Hadid siblings either. Aren’t you curious about those other girls strutting down the catwalk? At Richard Magazine, we like to recognize as many different models as possible. There are thousands who bust their butt every day to make it on the catwalk and live out their runway dreams. Here are some of the best fashion models you may not have heard of. Give them an Instagram follow to get a peek into the behind-the-scenes world of fashion.

Tookes went viral in 2016 after wearing the infamous Victoria’s Secret Fantasy Bra at the brand’s famous fashion show. Before that breakthrough moment, she had been building an impressive career walking for brands like Burberry, Ralph Lauren, DKNY, and Versace. With her recent fame and extensive experience, Tookes should definitely be on your models to watch list for 2017.

I believe in the beauty of diversity and the empowering message that a girl who started from the bottom can be an international beauty symbol and be a living proof that our dreams are valid, and the future ahead of us is bright. 🌍🙏✨ — Maria Borges, press release from L'Oréal Paris.

The new face of Victoria’s Secret and L’Oréal Paris, Borges is all about breaking down barriers. She was the first model to wear an afro as Victoria’s Secret Angel. This model to watch has a career goal to keep challenging the status quo with her model style choices. We can’t wait to see how she’ll use her bold, confident demeanor to transform women’s fashion for the better.

Where i wish i could be right now 😓

People know Monrose as the shy girl from Martinique. When she was little, her dream was to be the next Karl Lagerfeld. When people told her designing was too lofty a goal, she went for a career in modeling. Designing isn’t completely out of the picture yet, though. “Maybe someday after modeling…,” she says. “Hopefully being around all of these talented designers will teach me a little bit more every day.”

Gidey has been modeling since 2010. She started in Canada and moved to New York two years later. Since then, she’s walked runways at NYFW as well as in London, Milan, and Paris. In 2013, she became one of Harper’s Bazaar editor Carine Roitfeld’s top cover girls. The model is most famous for her wide, gentle eyes and rich, dark skin. For many, she’s already the model to watch on top runways all over the world.

Diniz made her mark as a Victoria’s Secret Angel in November of 2012. In 2015, she was invited back to walk the runway a second time. In addition to these and numerous other appearances in the USA and her native Portugal, Diniz also owns her own hair company. Entrepreneur and top fashion model, she’s quickly becoming an industry giant.

Year of the Woman✊🏾👑 #BlackGirlMagic @imgmodels

Lee has one of those ridiculously unlikely success stories. She was discovered while supporting a friend at a casting. While Lee was waiting for her friend, Elite Models booked her for a meeting at first glance. Now, Lee is a recognizable face for Lane Bryant, one of the top plus-size brands out there. This year, she’s one of the top models to watch. Her specialty is vintage fashion looks.

Candid moments are always the best 🤗

Bradley has the melancholic eyes so popular among contemporary fashion models. Though she currently resides in New York City, this model dresses like a hipster Brit. Her frizzy, jet-black hair made her Instagram famous. Now, she’s sporting a short cut and making lists of models to watch across the country. Well done, Madisin.

#fbf This was a project I did with vogue.com a while back, shot by @moneal Adoro Esta Foto😍😍😍#becauseitsfriday #archive #shotwithaniphone

You’ve seen her face before. Sosa has walked the runway as a Victoria’s Secret Angel many times and she’s the chief spokesperson for Lancome. With a career that already includes photoshoots with Vogue and Harper’s Bazaar, it’s no surprise Sosa is one of 2017’s top models to watch in New York City.

This young Angolan model has walked for Givenchy and Lanvin. At just 17, she is more experienced than many iconic fashion models. She recently joined the ad campaign for The Society Elite and is gearing up for summer fashion shows in Paris and Milan. Her work is always diverse, so we’re excited to see what she’s planning for the coming months.

Thot recently caused a stir in the women’s fashion industry when she spoke out about the struggles of being a model. She explained how natural hair and dark skin had made it difficult to for her fit in with conventional ‘model style.’ She joins fashion models like Khoudia Diop in encouraging girls to embrace their own unique beauty in spite of industry beauty standards.

Broaden your horizons a little. The Jenners and Hadids are great, but so are all these up and coming models. They’re the models we think you should know. Check out their Instagrams and cheer them on this year!