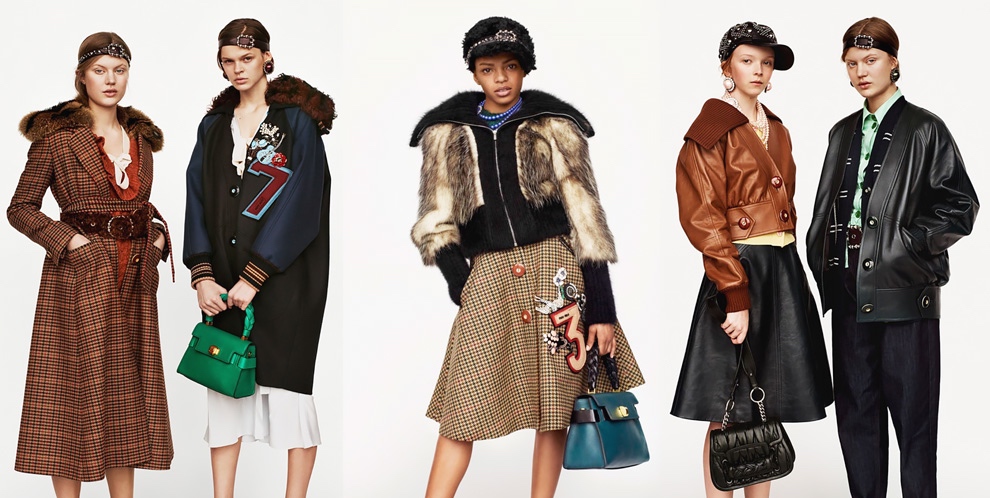 Miu Miu began as a counter response to the minimalist designs of Prada. It wasn’t a negative comment on the emptiness of bare basics fashion, but a chance for style icon Miuccia Prada to explore new frontiers as a designer. Hungry for the chance to be more playful and experiment with stylistic extremes, Miuccia founded the offshoot brand in 1992 and a year later opened the brand’s first boutique. Since then, Miu Miu has become a powerhouse of high-class rebellion. Never straying too far from haute couture, the brand always manages to bring something new and unexpected to the table. 2017’s Pre-Fall show was no different. Rather than dabbling in modernism, Miuccia chose to dig into the past this season. She emerged with an urban collection that embraces mid-20th-century vintage with unusual energy. Normally a woman of unfaltering contemporary taste, these bobby socks and A-line skirts recalled an era not often explored by fashionistas of any persuasion. The nostalgia was almost aggressive, emphasizing how the year’s popular trends were often derived from the very distant past. It worked though, and well enough that we wouldn’t be surprised if silver-studded wedges, teal fur coats, and corduroy workwear trousers really do leave a significant mark on 2017 fashion. Time will tell. For now, admire the new collection and start to imagine which pieces you want in your wardrobe this fall.

LEATHER SKIRTS AND THE BASEBALL LOOK

If you thought bombers and high-riding jeans were old news, think again. This fall is your chance to embrace the first half of the 20th century like you never have before. We’ve been calling the 90s vintage for years. Time to stop making the recent past sound far away and dig deeper for some true retro inspiration.