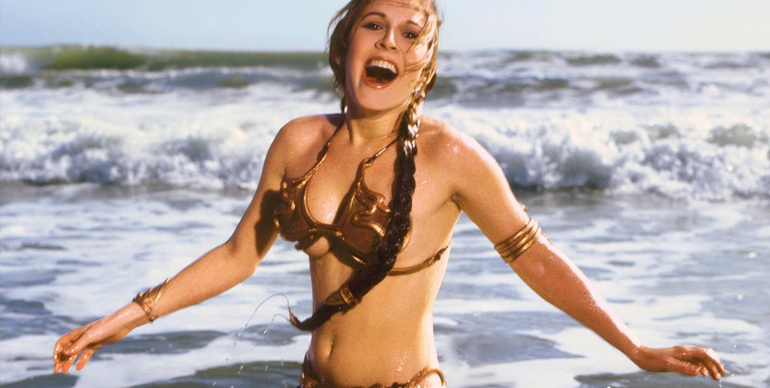 For reasons we don’t need to discuss in detail, the most memorable swimsuits from history were worn by shapely women with Hollywood reputations. Most of these iconic outfits also came after the invention of the bikini. Famous swimwear is an excuse to show off your body in slightly scandalous ways that could garner you a nasty reputation in another context. In a strangely untested way, beach attire blends the vanity of haute couture with athleisure’s athletic ease. It’s a pretty impressive feat, blending two opposing philosophies. I mean, what other destination invites you to dress as scantily and comfortably as possible for your own personal enjoyment? When an aesthetic is this good, you need to take full advantage of all it can offer. If you’re struggling to find the perfect balance of flexibility and scandal for your 2017 beach look, draw inspiration from these memorable swimsuits from history.

The actress who started Hollywood’s grand partnership with swimwear promotion, Williams kicked off this trend with a series of synchronized swimming movies. These “aquamusicals” won her international acclaim and made her glamorous one-piece swimsuit the pinnacle of 50s swimsuit fashion. You can still shop for vintage Esther Williams swimwear today. She truly was the queen of swimsuit sirens.

After Esther came Brigitte. This iconic shot was taken four years before the French actress became the international sex symbol of the 60s. It’s easy to see why Bardot’s simple two-piece made it into swimwear lore. More than even Marilyn Monroe, it was Brigitte’s racy The Girl in the Bikini that made this style of swimsuit the product of choice.

More a performance outfit than functional swimsuit, this skimpy ensemble worn by screen icon Russell caused a great stir. The film was condemned by many organizations for a lack of taste and decency. Despite this unwelcome tirade, the bikini continued to climb in popularity. Seems like if you want to cause a stir, jewels and swimsuits are a good combination to try.

If you were to copy the swimsuit styles of Esther Williams, Brigitte Bardot, or Jane Russell, you’d be wearing some combination of sultry and sweet. When it came to Lyon and the infamous film Lolita, the bikini became purely scandalous. It was the first time a star had used the two-piece to single out risqué behavior rather than simply look sexy on the beach.

Few remember Andress by name, but her turn as the first Bond girl is seared in international memory thanks to the bikini. As one editor famously described, she stepped out of the Caribbean and into the fantasies of men everywhere. Suddenly, women weren’t the only ones interested in a two-piece. Men were begging their girls to get a few every summer.

By the mid-60s, bikinis were no longer taboo. This evolution paved the way for the next big shift in swimwear fashion, the surfer girl. With her memorable flip-do and playful, bright two-piece Field’s Gidget showed the world bikinis didn’t have to be all about scandal. With frills and a few ribbons, they made for innocent fun even a teenager could try.

A moment more memorable for its politics than the actual swimsuit, this famous Fawcett shot made one-piece swimwear cool again. Uncomfortable bearing her navel in a bikini, Farrah chose to go a more conservative route in this Cleveland photoshoot. The advertising company hated it, but the poster ended up selling over 12 million copies. Let this serve as a reminder that you can look sexy at the beach without resorting to a skimpy bikini.

With exoticism, bondage elements, and gold mixed in, Jabba the Hutt made Princess Leia and Carrie Fischer unconventional sex symbols. This 1983 look signaled a move toward bikinis that went beyond their swimwear roots to become subcultural symbols. From here on, bikini fashion worked its way into fantasy costumes, clubs, and even the occasional casual outfit.

Many women have worn the modern bikini, but few did it better than Simpson. With spaghetti straps clasped around her extremely sleek figure, she stands as a contemporary testament to swimwear fashion’s obsession with petite women. This was the current two-piece until very recently. It was only within the last 5 years that designers have started to embrace voluptuous curves again.

The most memorable swimsuits from history follow trends in both swimwear and women’s beauty. They also demonstrate the allure of both the conventional one-piece and riskier two-piece. Take your pick for your beachside excursions this summer. There’s a flattering option for everyone in the swimsuit’s varied past.