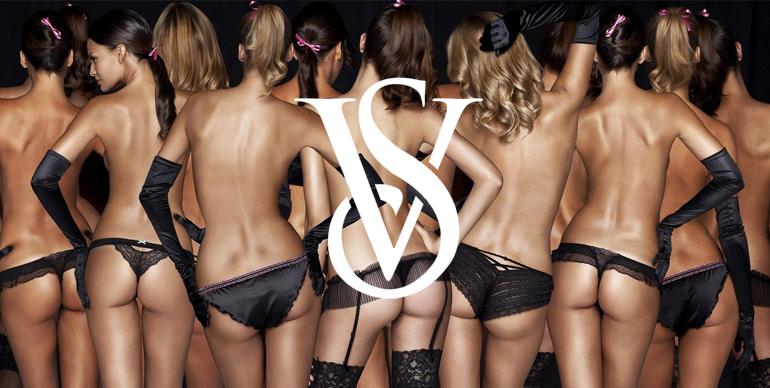 Did our list of the girls returning to the Victoria’s Secret fashion runway let you down? Are you dying to know who the newbies are so you can follow them on Instagram for freshman behind-the-scenes footage? We thought that might be the case, so we’ve assembled a new list to introduce you to all the models making their Angelic debut this season. Obviously, any list of new Angels is basically a fashion-models-to-watch countdown stretching far beyond lingerie’s biggest night of the year. So, once again, get those phones out and hover over the Follow icon. Here are the girls you need to pay attention to this season. Trust us. They’re about to skyrocket to runway stardom.

An international girl who knows how to rock her athleisure, Olivereira brings world-class Brazilian charm to the Victoria’s Secret runway.

I think it's just starting to sink in, that I'm going to be In this years @victoriassecret show… I still can't quite believe it… I am so excited and I've had constant butterfly's since the first casting …. eeeekkkkk "What's your talent?"… hmm Dancing 😏😎😄.. @ed_razek @victoriassecret @johndavidpfeiffer @monica.mitro @10magazine Thankyouuuuuuu 💋 #vsfs2017 #victoriassecret #redhead

Graham is no stranger to the spotlight. Just days before being cast as an Angel, she was shooting with L’Oréal for their L’Oréal x Balmain campaign.

I can't explain what I'm feeling now, I have no words to describe how happy I am. I just wanted to thank everyone who always support me and believe in me and in my work… I'm so grateful that my best friend @giizeleoliveira will be with me in the happiest moment of our lives! ❤️❤️❤️❤️ Thank you so much @ed_razek @10magazine @monica.mitro @johndavidpfeiffer @victoriassecret I can't wait to see you guys in #VSFS2017 🌹 #blessed #🇧🇷 #🍀

Gizele and Bruna are almost too adorable for words. Almost.

I can't believe I am typing this right now I am so happy to announce that I will be walking the Victoria secret fashion show 2017 , this is a huge dream come true. Thank you so much @georgesperos @thesocietynyc @loganjharper @10magazine @ed_razek @monica.mitro @johndavidpfeiffer @victoriassecret for believing in me and all the amazing girls walking the show , for allowing us to be ourselves . I am filled with happiness ❤️🙏🏽 #livingthedream #Godgrace

The tears keeping coming with this one. One of Net-A-Porter’s fall stars, Nicholas will be bringing buzz cut style to Victoria’s Secret’s catwalk this fall.

I'm so excited and honored to be walking in the #VSFashionShow 💖  A million thank yous to @victoriassecret @ed_razek @monica.mitro @johndavidpfeiffer @10magazine  @womenmanagementny @campbellmodels 💞 Let the countdown begin!!

This Texan girl made the cover of Vogue Turkey earlier this summer. You can’t go wrong with her lifestyle-driven feed.

An international star with a Paris Supreme show already under her belt, Belyakova seems poised to take New York by storm in the coming months.

it hasn't fully registered but I'm so grateful and speechless to say I'll be walking next to some of the most beautiful women in the Victoria's Secret Fashion Show this year.. all I can say is thank you to my amazing bookers @christyturlington and #jamespowell at @nextmodels, my amazing trainer at @lifetimefitness, @johndavidpfeiffer and everyone at @victoriassecret for believing in me ❤️ and thank you to all the kind messages and wishes, love you all.. I'm so excited to be apart of such a beautiful show !!!!

Her simple smooch sums up everything exciting about Aiden. She’s got charm, restraint, and perfect timing. This probably won’t be her only time in a Victoria’s Secret Fashion Show.

💫 Extremely happy to let you know I'll be walking in the 2017 Victoria's Secret Fashion Show!! Thankyou so much for this incredible opportunity @johndavidpfeiffer @ed_razek @monica.mitro @10magazine @victoriassecret 💕❤️💕#VSFashionShow #besidemyself

Lee looks just as comfortable in office casual as she does sporting a bikini atop her apartment in New York. We see great things coming of her approachable demeanor.

She’s like your best friend, affectionate and unafraid of the camera. You can count on some epic behind-the-scenes footage from Dasha’s feed come November.

From fashion to cuisine, Chen is a great NYC girl to follow on Instagram. She’s got a penchant for salads and Paris. What more could you want?

Excited to go back to NYC to celebraaate 🤗❤️ #vsfs2017

A longtime Victoria’s Secret model but never part of the runway team. That all changes this year! Something to celebrate indeed.

This is so amazing. I'm so happy to tell you guys that my dream just came true because i will be walking for @victoriassecret show this year .I just have to thank you for making this happen @ed_razek @johndavidpfeiffer @monica.mitro @10magazine @mrs_k_chow .thank you so much for believing in me .💕

Buzz cuts are great, but we’re glad Alecia will be bringing some blow-out love to the VS runway this fall. Her smile is also rather contagious, so we’re excited about that too.

I'm extremely happy to tell you guys that I will be walking for @victoriassecret fashion show 2k17, so happy one of my dreams just came true. Thank so so much @ed_razek @10magazine @monica.mitro @johndavidpfeiffer and all the @victoriassecret Team for believing in me and letting me be apart of this Special Show Love you guys ❤️🌻🌟🌻❤️

Amilna writes like a true millennial, typing out the current year as 2k17 in her celebratory comment. Looks like she’s super confident flaunting lingerie too. The runway will be glad to have her.

There they are. The newbies who fill out the roster of Angels scheduled to flood the runway with Victoria’s Secret’s 2017 collection of lacy panties, brassieres, and the infamous Fantasy Bra. Start following. It’s shaping up to be quite a heavenly year.