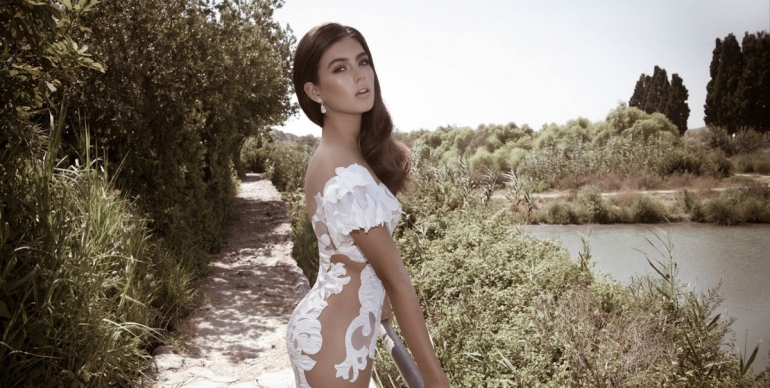 Tonight on 5th Avenue, Israeli designer Matan Shaked will kick off NYFW at the Desert Flower Runway Show and benefit. The show, hosted by OR Movement and the Tahor Group, will feature Shaked’s 2018 Women’s Summer Collection with a Finale designed by famed costumer Aviad Arik Herman in collaboration with Naama Elsana of the Bedouin Desert Embroidery company. Richard Magazine is headed out soon to see what Shaked and Herman have to show this season. Here’s a little bit more about them to get you ready for their collections.

Shaked has been in the fashion spotlight for a surprisingly long time given his youth. At age 17, he started out as the youngest student at Shankar School of Fashion Design. A year later he opened his own brand in the Negev specializing in couture wedding and evening dresses. Israeli journalists call him “the wonder boy of the fashion world.” Clearly, we’re in for a treat tonight! Stay tuned for more on his luxurious creations for 2018.

Herman’s work can be seen across the globe in all its dazzling glory. Originally from the Negev like Matan Shaked, Aviad chose to focus more on festive pieces. He’s designed numerous outfits for Miss Universe shows, famous ballets, and international dance companies. His crowning achievement so far was a gown for the Israel Minister of Culture celebrating Jerusalem at Cannes iconic festival.

These two momentous men are being sponsored in part by OR Movement, a leading player in the socio-economic development of the Negev and Galilee. Along with helping to expose Israeli artists to the rest of the world, this organization also revives at-risk towns and helps with humanitarian efforts in and around southern Israel.

A fashion advisory firm from New York, the Tahor Group were the finally strategic piece in getting Matan Shaked and Aviad Arik Herman to the NYFW runway. With a towering reputation for excellent PR and showmanship, we’re guaranteed a wonderful night under their experienced guidance.

Check in tonight for more for Matan Shaked and the Desert Flower Runway Show.