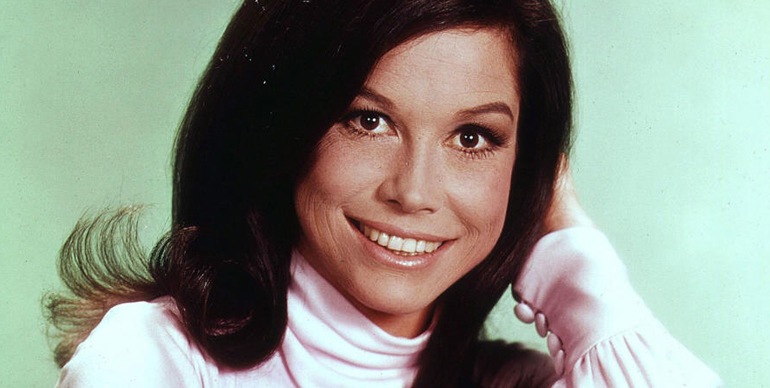 Mary Tyler Moore was a tremendous woman. The famous actress did more for the evolution of television than hundreds of silver screen performers put together. First, she was the perky housewife to Dick Van Dyke’s hard-working Rob Petrie on The Dick Van Dyke Show. Next, she was the independent, career-driven Mary Richards on the Mary Tyler Moore show. After that, she wore many hats.

She was an actress, a feminist, an activist, and a legendary television producer. While many famous actresses hope for just one starring moment, she created hundreds and became the liberating icon to thousands of women across the world. Mary Tyler Moore’s death robs the world of one of its most revolutionary TV pioneers. If you’re sitting there wondering what this seemingly matchless woman did that was so special, listen up. This is why Mary Tyler Moore is a big deal.

Somewhat ironically, the feature that landed Mary Tyler Moore a place on The Dick Van Dyke Show was her legs. Creator-producer Carl Reiner remembered the 24-year-old actress as a faceless telephone operator on the forgotten noir Richard Diamond, Private Eye. The show mischievously directed the camera toward Miss Moore’s legs when she was on-screen, earning her publicity but not work. Luckily, Reiner watched Richard Diamond, Private Eye enough to know the face behind those beautiful legs and enjoyed her voice work so much he invited her to an audition. This chance meeting launched Moore as Laura Petrie on a show that would come the known as one of television’s smartest, most sophisticated comedies.

The Dick Van Dyke Show revolves around the personal and professionals lives of Rob Petrie, Laura’s wife, who was played by the then already established comedian Dick Van Dyke. Matching Dyke for wit and charm, Moore was forced to mature quickly as a performer. She also matured as a feminist. Remember, this was the 1960s. Housewives always wore dresses and pearls on television and actresses did as they were told. When Moore convinced the men upstairs to let Laura Petrie wear Capri pants while she was at home, television audiences gave a collective gasp.

The Dick Van Dyke Show gave Moore the chance to explore who she was as an actress and break the mold without pushing the envelope too far. If she had continued with similar work for the rest of her life, she would have been a respected comedian. Mary Tyler Moore had much more up her sleeve than playing the housewife.

When Mary Tyler Moore was first approached about the show, she was nervous. She feared the new role would pale in comparison to her work as Laura Petrie. In retrospect, the idea seems ridiculous, but Moore’s work on The Dick Van Dyke Show was already approaching iconic status by 1970. The show was funny and forward-thinking for its era of television. The masterminds behind what would become The Mary Tyler Moore Show were persistent, though, and Moore eventually said, “Yes.”

The show started off with a bang. Creators had wanted the title character Mary Richards to be a divorcée, but that idea was so taboo at the time they exchanged it for a less threatening premise. Richards would be a single, career-driven woman with a recently broken engagement. The point is, a single woman focused on her career was still a revolutionary idea by early 70s standards. The women’s rights movement was just beginning to permeate popular culture and many people of both sexes felt intimidated by the ‘implications’ of feminism.

Moore, as the former Laura Petrie, was in a unique position to assert her feminist convictions in front of a curious but cautious audience. Assert she did. Not only was The Mary Tyler Moore Show brilliantly written and incredibly funny, it made it acceptable for a woman to want more than the tedious life of a housewife. Moore was on the pill. She had romantic relationships with multiple men across the series seven season run. She and her friends discussed subjects like homosexuality, divorce, and equal pay that had barely been acknowledged as acceptable topics of conversation before the show aired.

I say Moore did these things because she did them the most. Moore helped write material. She suggested riskier and riskier gambles, and vouched for the show and women as an actress and a citizen. Mary Tyler Moore Show literally changed television and popular culture in the 1970s and that’s why everyone is posting things about her death.

Beyond The MTM Show

In 1980, she left comedy behind and earned an Oscar nomination for her role in Robert Redford’s Ordinary People. After The Mary Tyler Moore Show ended, Moore created MTM Enterprises to produce more revolutionary television. The shows she produced launched stars like Betty White and Denzel Washington and played a huge role in the emergence of gritty television dramas in the 80s. Of all the stars who have died recently, Moore most epitomizes an era. Her achievements seem familiar to use today because she worked so relentlessly for them when they were risky. Go watch an episode of The Mary Tyler Moore Show. The actress has died. It’s our job to take the liberty she embodied and keep it alive.