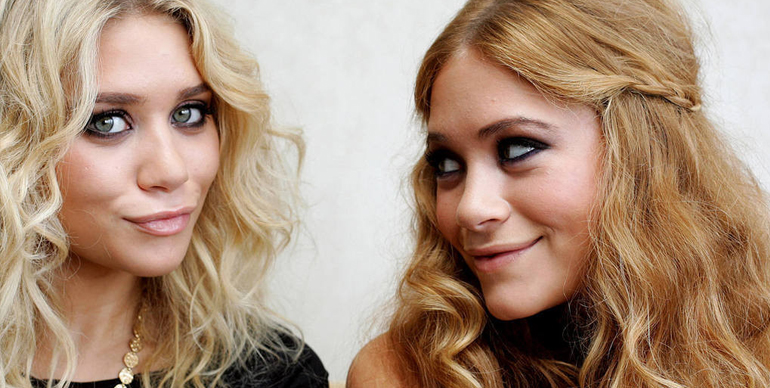 Remember when Mary-Kate and Ashley Olsen outfits were worth dying for? Well, the 90s are back, people! The Olsen twins of old have once again returned to the forefront of popular fashion. Rather than repeat the playful mishaps of their former escapades as television tweens, this time around the girls’ attire represents a wide-sweeping nostalgia that embraces everything good about the 90s while gracious leaving more eccentric fads untouched. This means your love of Olsen twin fashion will be best expressed if you can incorporate it into your current wardrobe rather than abandon those mature outfits to fade back into awkward adolescent obscurity. Wondering how on earth to turn Mary-Kate and Ashley Olsen outfits into appropriately subtle vintage attire? Here are some of their most popular contributions to 90s fashion and how you can use each to your advantage rather than detriment.

Crushed velvet has been a fabric of choice since the wintertime. Call it 90s fashion or 00s vintage, it is now cool to slip on the velour before you go out the door. Did you remember to thank Mary-Kate and Ashley for introduced this look back before Facebook was a thing? If not, thank them now.

So maybe bohemian started less as a 70s throwback trend and more as the Westernization of Japan’s classic kimono. Even if that is the case, it doesn’t negate the influence of the Olsen twins on boho chic. From the late 90s to mid-Noughties, these two were the queens of bohemian dress.

Fashion is trying very hard to reach a point where people barely notice if their dress reveals their undergarments or not. The perception of this trend is that it’s a very new thing, but as it turns out, many Mary-Kate and Ashley Olsen outfits from the late 90s were quite revealing too.

Another trend that seemed to emerge from the 2010s obsession with vintage and nostalgia, it turns out the flowing 1920s dress wasn’t that recent a rediscovery. Long before fashion began to recycle decade after decade, the Olsen twins were treading red carpets in Flapper headbands and vintage lace.

Bra-revealing dresses weren’t the only style of transparent fashion that Mary-Kate and Ashley took a stab at in the late 90s. They were also some of the first celebrities to give sheer clothing a popularity test after it started appearing on runways that decade. Both twins carried the idea over into the 2000s where it blossomed into the risqué dresses and tasteful frocks we know today.

Silky wraps and neck scarves weren’t widely worn when the Olsen twins first started sporting them with some frequency. Partial to skinny scarves from brands like Hermés and Coach, it was these two who helped make the scarf more of a fashion statement and less of a functional piece to wear when you were cold.

Almost unintentionally, Mary-Kate and Ashely Olsen outfits changed the game for many designers at the turn of the millennium. The twins served as a final chapter in the blending of high-brow haute couture and humbler brand names. We never thought we’d say this with a straight face, but when it came to fashion, saying the Olsen twins were revolutionary wouldn’t be entirely wrong.