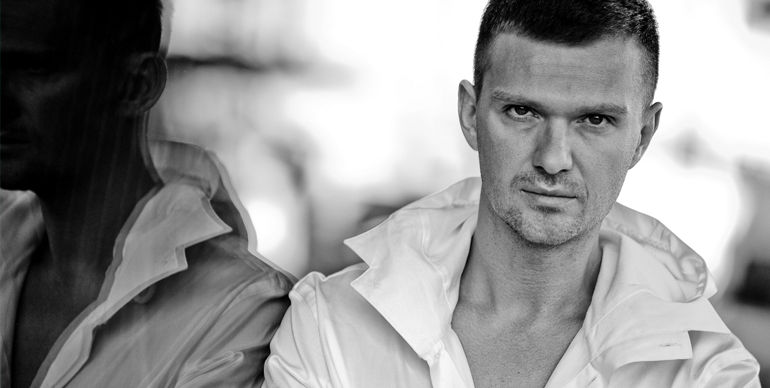 Some people know what they want to do with their lives from a very young age. For them, there’s no wandering around during adolescence trying to pinpoint a passion or specific skill set. They simply do what they’ve wanted to do for years and find more meaning in it as they do it to a deeper and deeper level. That’s the story of Polish designer Maciej Zień. He had a passion for fashion design since his early childhood. Join our team in Warsaw, Poland, as they take a tour of Zień’s studio and learn more about the man behind some of Polish fashion’s most respected womenswear collections.

Fashion design has been a part of Maciej Zień’s life since he was a child. From an early age, he experimented with different fabrics and dressing up his toys as models. However, it wasn’t until his friend entered a beauty contest that he designed his first full-sized piece of clothing. At her request, he made her a little dress for the contest and kicked off what would become a career in fashion. One year later, at the age of 17, Zień decided to release his very first fashion collection. The rest, as they say, is history.

Maciej Zień’s key inspiration in the studio is women. He loves the female figure and the way women hold themselves. It’s something special about what they represent and how they move, even their feminine spirit. Zień’s great passion in designing for women has led him into projects with some of Poland’s greatest models like Aneta Kręglicka and Grażyna Szapołowska. It’s fair to say these notable women had a strong influence on Zień’s collections as well as his shows. Maciej Zień defines the ideal “Zień woman” as someone who dresses in clothes that describe her as an individual. “Each one of us is trying to convey something with the way we dress,” he says. “It’s always important to be sincere.” Zień also prides himself in fashioning his clothes out of only the highest quality fabrics. This devotion to quality results in clothes that are noble, delicate and flatteringly feminine. “Feminine, always feminine,” he insists.

When he describes how to design a wedding dress, Maciej Zień emphasizes the importance of paying attention to what each individual client wants. “This is her special day!” he exclaims. “Most girls have dreamed up their perfect dress and waited years to see it. They are very selective when picking a design.” Zień would know. He’s been in the wedding dress business for 20 years. He has plenty of stories, he says, about women who have seen him on television and dreamed of having him design for them ever since. That should tell you of his status as a designer. It’s this sense of responsibility to each bride that has helped him become the famous name he is today.

There are always new ideas and fresh passion circulating at the Maciej Zień studios. He’s one of the most active and enthusiastic designers you’ll ever meet. Though the constant demands of fashion are intense, that doesn’t stop Zień. He enjoys thinking up new collections and challenging the work he and others have done before. With some very exciting projects on the horizon and summer wedding season just around the corner, Maciej Zień is a big name headed for even bigger and greater things. And to think it all started with a dress for a beauty contest.