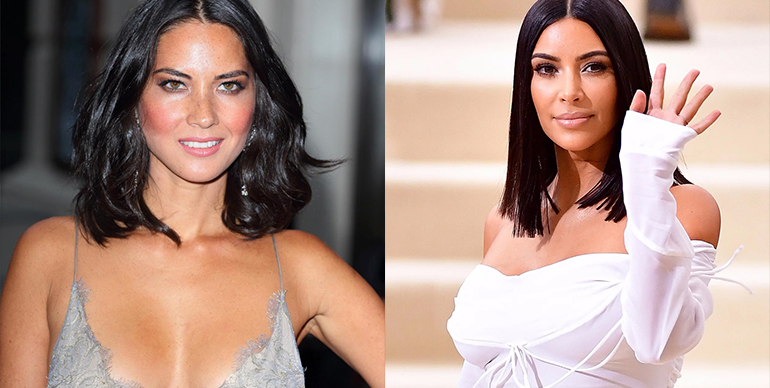 In-between hair isn’t going anywhere. It’s here to stay for a nice long while, maybe even forever. The trouble is, after quite a few years of seeing the perennial lob loitering about on heads across the globe, it’s very easy to get bored. As widespread and popular as the lob is, stylists aren’t that good at switching up the look to keep things fresh. It’s about time someone took the task of diversifying the lob into their own hands. Luckily, dozens of celebrities have started to do just that, adapting in-between haircuts to complement their personal style. Finally, the lob has an appropriate amount of potential to be interesting again. Here are the stars you should imitate to sculpt a lob that bears witness to the awesomeness of you.

It’s a bit a millennial version of the Rachel. If you’re sporting hot magenta eyeshadow like Gomez, curl those ends toward your face to soften a typically blunt lob.

After La La Land, everyone was clamoring to try Stone’s wavy hair lob. Rather than repeating the center part once again, whip out your stylist skills comb over those gentle bangs.

When you can transform your short bob into a long lob with just a hair straightener, your hair game is at its max. If you have curly hair just waiting to be explored, copy this versatile look from Montana.

A defined Rachel with some angular accents, Newton creates an almond-shaped outline for her face. Give the curvature and ombré dye from this look a try if you want 90s hair with colorful character.

Munn has been known to wear her wavy lob with both a center part and comb over. Let her be your inspiration for varying things up every now and again. Beaches waves deserve some TLC.

Straight haired lobs know no champion like this celebrity star. Whether she’s letting half of her deep part down over one eye or curling the ends of both sides evenly, you can trust Kim to guide you to a tasteful blunt lob.

We could all use more of Tracee in our lives, so why not carry her hairstyle around on your head? For anyone with voluminous curls and bouncy bangs, this is a lob that will work every time.

Lobs don’t have to hang loose and flow gracefully around your face. When the weather’s sticky and uncomfortable, beat the heat with this slicked back hairstyle by one of Korea’s finest.

The Chastain comb over doesn’t automatically scream “lob,” but that’s because it’s all pulled over to one side. Even it out and everything hangs down at the correct length. Try this glamorous look if you want to repurpose your lob without a trim.

Funny girl Wiig keeps her hair short with a ragged cut at about neck level. She’s also a master at the casual comb over.  If you’re looking for something low-key, this is the look for you.

No one does bangs like this comedic actress. Jones has a slight curl on her lob but manages to keep the long hair away from her face so her blunt, dangling bangs can shine. Anyone who is a fan of bangs should have this hairstyle down pat.

With just a little imagination, your lob can soar beyond boring into a whole new world of possibilities. You don’t even need a pair of scissors to realize its full potential. Just get out your comb, some favorite celebrity photos, and get to work.