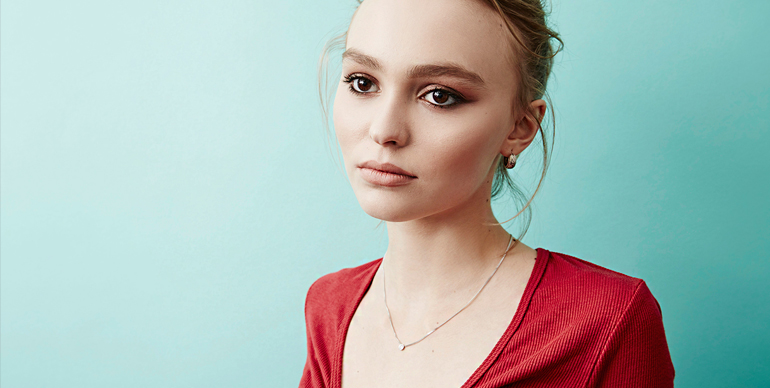 When you’re a spunky teenager, summer jobs can be super fun. Some even have perks, like an employee discount at your favorite retail store or free admission to a local amusement park. However, no matter what you did to save up for college and dates during your high school years, it probably can’t beat the summer job experience of Lily-Rose Depp. This 17-year-old, the starlet daughter of Johnny Depp and Vanessa Paradis, is starting off her second summer as a brand ambassador for iconic Chanel cosmetics. It must be a dream job. Last year, everyone from Lucia Pica to Karl Lagerfeld praised her modeling work as stunning. There’s a lot you can learn about fashion and beauty from an emerging starlet like Lily-Rose. Check out how she and Chanel are refining beauty and fashion for the next generation.

I'm so excited to announce that I am the face of the new Chanel No. 5 L'EAU! ❤️ @chanelofficial #newchanel5

This decade, high-end fashion and casual streetwear are duking it out for a controlling edge in the fashion world. It’s a tighter competition than you might think. While casual wear enthusiasts like athleisure designers are pushing for a new era of purely function-focused fashion, they’re battling against fashion designers who revel in spectacular designs and gaudy accessories. Ironically, technology is behind both these diverse camps. While social platforms like Instagram encourage a world of visual spectacle, wearable technology is all about how clothes can improve buyers rather than impress them. Lily-Rose Depp’s 2016 campaign with Chanel was one of the first to balance functional and fantastical in a subtle, intelligent way. That giant container of Chanel No. 5 L’eau is definitely surreal, but the dress and nail color are playful and simple. The perfect way to make classic French style alluring again.

Lily-Rose Depp’s initial campaign with Chanel goes way back to 2015. Even two years ago, fashion was a little less technologically obsessed and you can sense it in this video. It’s all about glam and presence. That’s one of the things Depp brings to any shoot she’s on. The girl has a superstar aura about her that not many models can match. Depp’s ability to carve her own star identity out of the work she’s done with Chanel is a rare skill. Typically, ad campaigns are either built around an established star to showcase their name or envelope new models into one label’s identity. This idea of the “faceless model” has been around since the 1980s when consumerism skyrocketed and marketing became more about brands and less about people. Depp’s star presence could signal a return to the vintage idea of true Monroe-esque glamor.

THE QUALITIES OF A STAR

Old-fashioned techniques seem to be working for Lily-Rose Depp and Chanel. Both are keeping classic beauty and French vintage fashion alive on social media and in the constantly shifting marketplace. Perhaps this is a sign that technology isn’t nearly as transformative as we think. People toss around phrases like retail apocalypse and virtual worlds all over the place, but when it comes down to the wire who doesn’t enjoy a bit of classic glam when they have the chance?  Young starlets like Lily-Rose Depp make the past feel accessible and reasonable to a younger generation. If you only glean one thing from the growing portfolio of this fresh beauty face, let it be that there’s nothing wrong with frills and finesse. Technology is great, but sometimes past treasures are just as good as modern innovation.

Lily-Rose Depp has built a career on being the middle woman between millennials and traditionalists. That’s a lot of responsibility for a 17-year-old. Imagine who she’ll be in the industry by the time she turns 20.