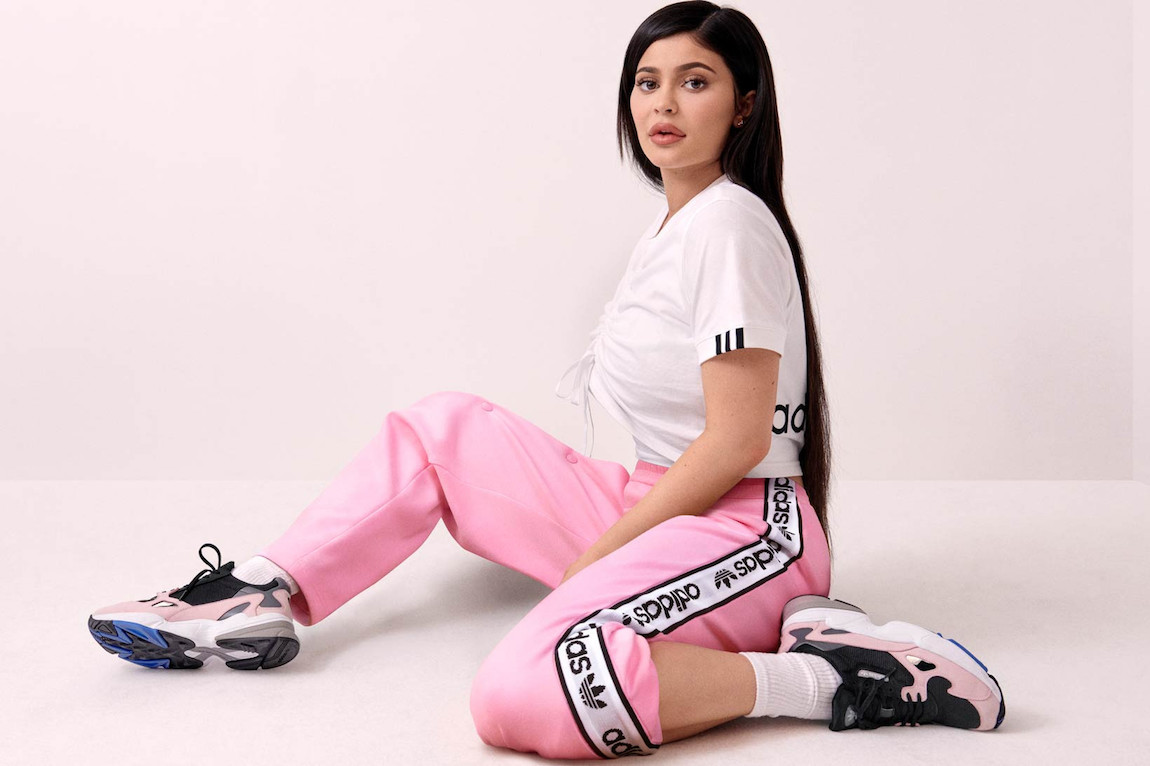 Kylie Jenner has created quite the buzz in the athletic wear world. After being the face of Puma for a few seasons, the 21-year-old starlet has now joined her older sister Kendall Jenner and brother-in-law Kanye West in the Adidas fashion family. Kylie first announced her official Three Stripe partnership over Instagram with some casual outfit snaps, but now the first look at her official campaign imagery for the sportswear label has arrived. 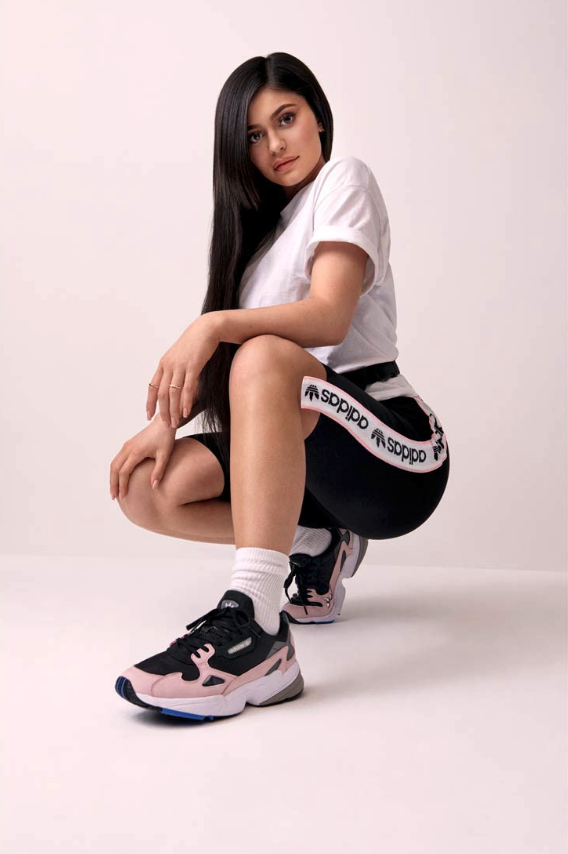 As part of her campaign, Kylie has debuted a new baby pink, black, and white sneaker colorway in the Falcon Dorf range. This shoe has major 90s vibes, but its chunky soles make it a perfect fit for retro-inspired looks of the modern 2018 season. Kylie also poses in logo printed biker shorts, striped track pants, high athletic socks, and lived-in tees that round out a street style star’s dream wardrobe. 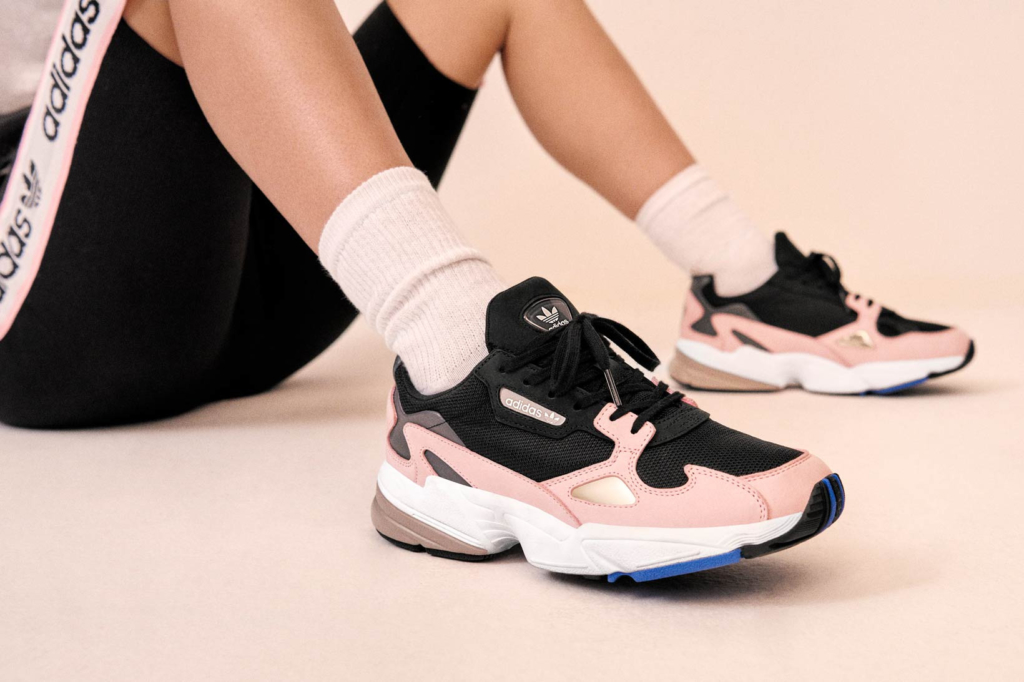 “Fresh from its sold-out debut, this retro design is back to make some serious noise. Falcon is for those who do what they want, no matter what anyone thinks. Not for the faint-hearted, it’s for those who know that living unapologetically is the only way to live,” Adidas shared about the sneaker design, which they also called “bold, loud, and ready to slay.”

Sounds quite a lot like social media superstar Kylie herself, don’t you think? 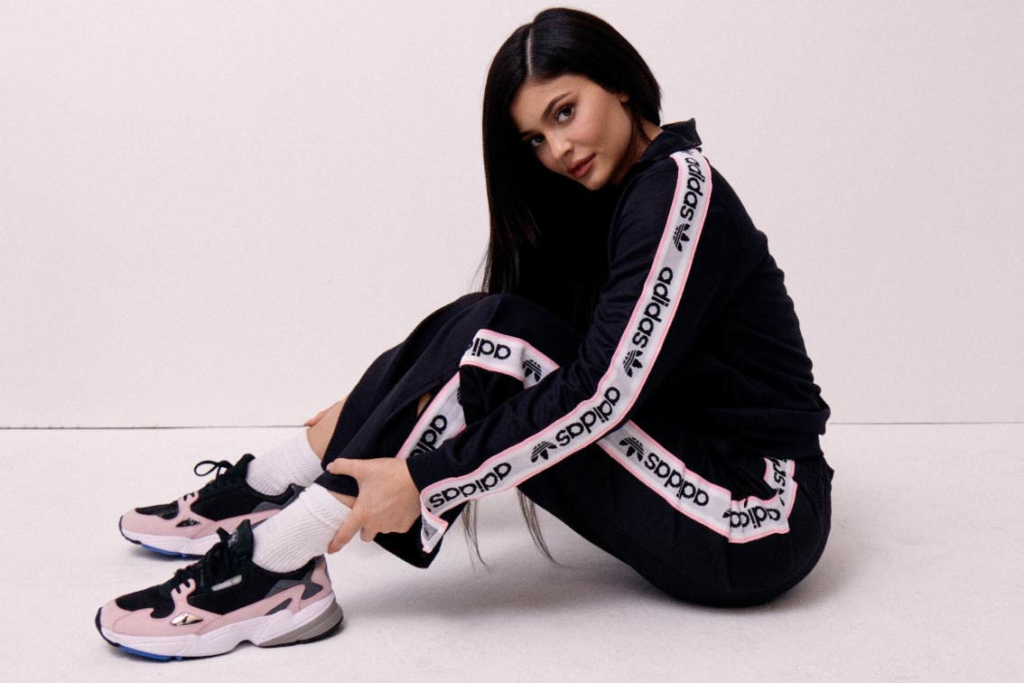 This Adidas Falcon design will be available for sale on September 6, and retail for $100 a pair. Track suits, cropped jackets, graphic tees, bodysuits and more will range in price from $35 to $130. You can check out a preview of the 90s-themed launch on the brand’s website now. 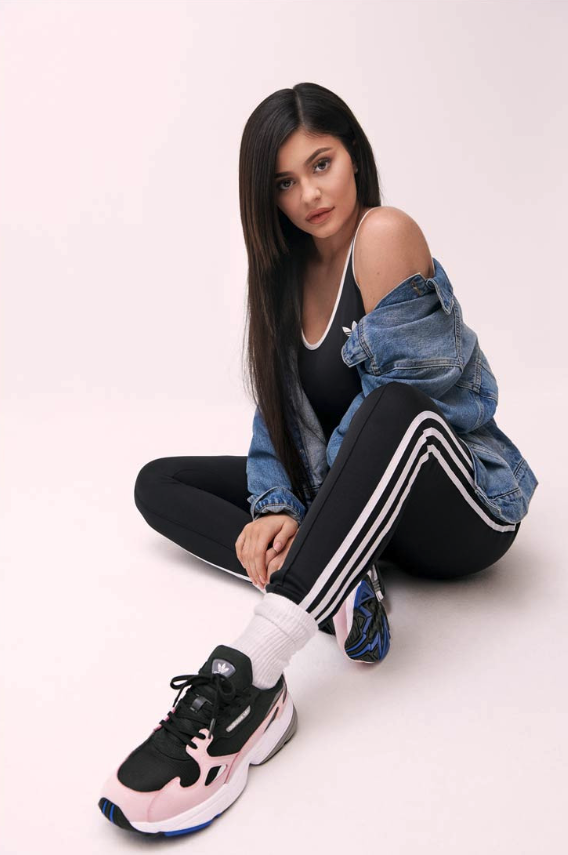 To watch the first Kylie Jenner Adidas campaign in action, be sure to catch the label’s Falcon debut film below.

More news from Kylie Jenner.
More updates from the Adidas brand.
All images via Adidas