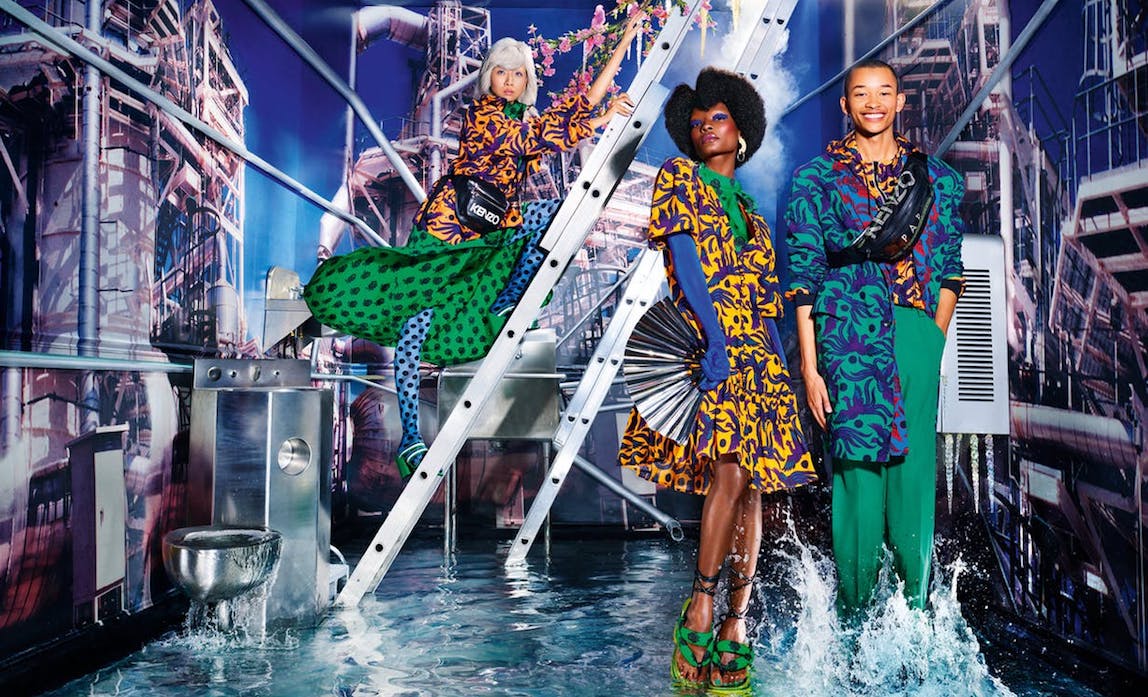 The new Kenzo Spring 2019 campaign is full of vibrant color and electric style influences. It comes as no shock that creative directors Humberto Leon and Carol Lim were inspired by the idea of paradise for their latest patterns, prints, and corresponding editorial campaign – as there is lively spirit in every image. 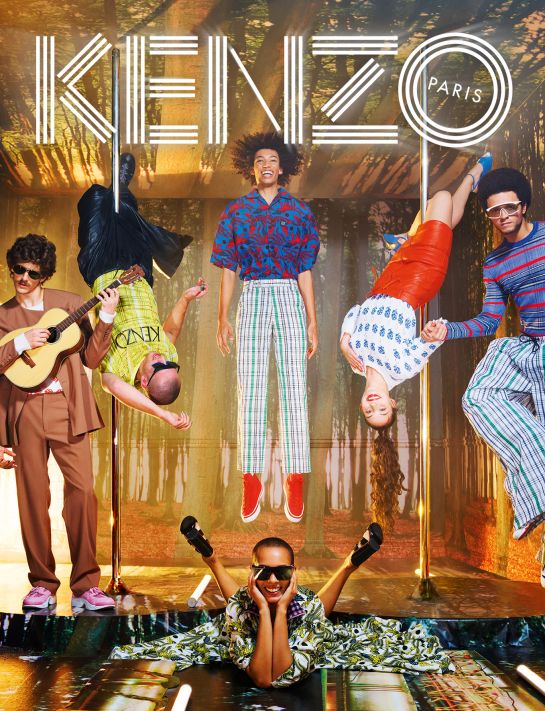 Photographer David LaChapelle shot the campaign, dubbed “Kenzotopia,” in Los Angeles, and he added a mix of influences to create an exuberant feeling.

“It was the contrast of suburbia, industry versus the natural world, the urban world versus nature, and the common denominator being those humans that occupy those spaces and journeying into the natural world from the manmade,” LaChapelle said. “That was the very simple idea.” 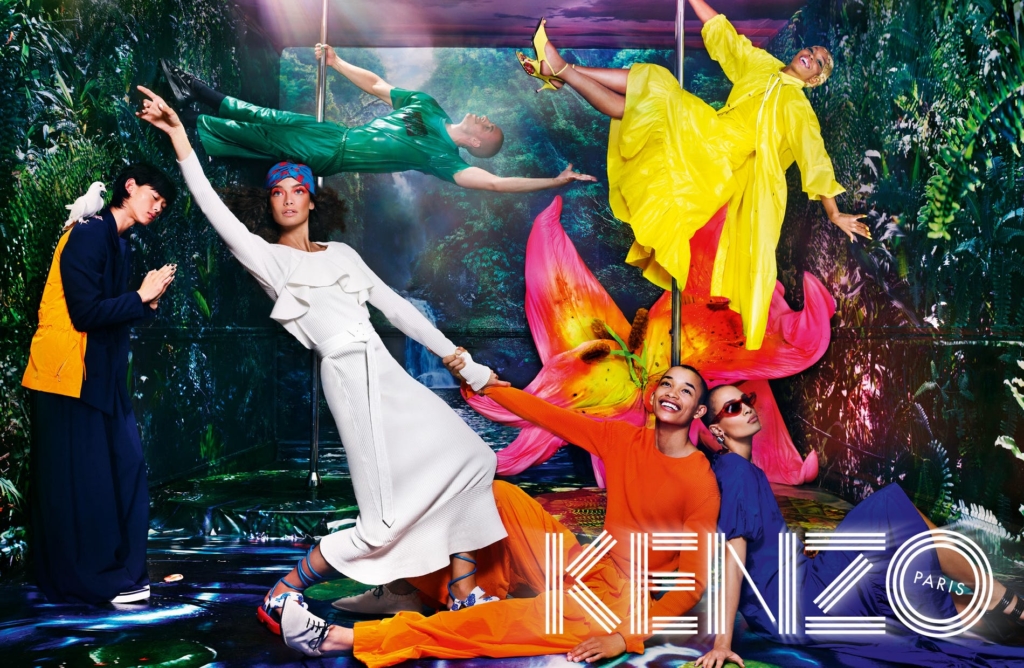 If this imagery makes you feel like you’re on a wild vacation through the unknown, that was exactly the goal.

“I’ve been working on that for the last 11 years in Maui, which is this very much paradisaical background,” the photographer added. “Many of the photos [of Maui] were used as the backdrops for these Kenzo interiors. The surreal aspect of the shoot was that these exterior photos were used as interiors for rooms, and the ones of paradise were shot in Maui where I live. Part of this series that I’ve been working on called ‘A New World,’ that culminated in the exhibitions [and the books] Lost and Found and Good News, are very much present there.” 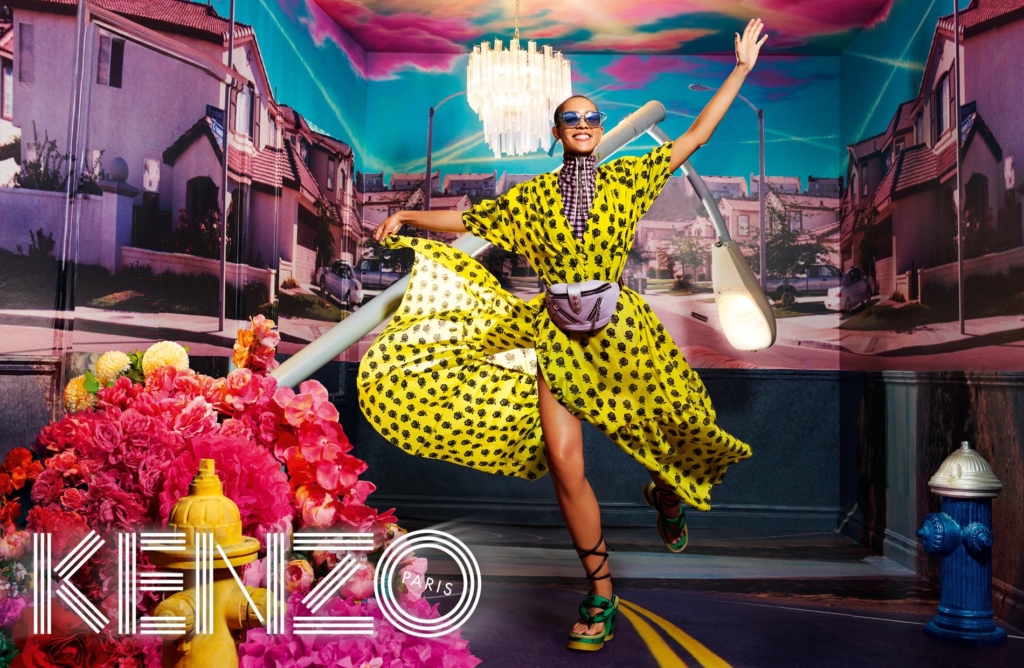 So how did Kenzotopia all come about?

“These are the photos you see in the Kenzo shoot with the waterfalls and the tropical settings and sort of jungle,” LaChapelle explained. “The utopic and heavenly looking, natural spots were all shot in Maui. It felt great to just step into KENZO’s world and take another look at utopia with Humberto and the team at Kenzo, just creating this whole new glimpse of it, and referencing my own pictures in this sort of surreal way which serves it really well. I didn’t want to shoot against other people’s photos, and I just came up with this idea to put the exterior on the interior of these rooms.” 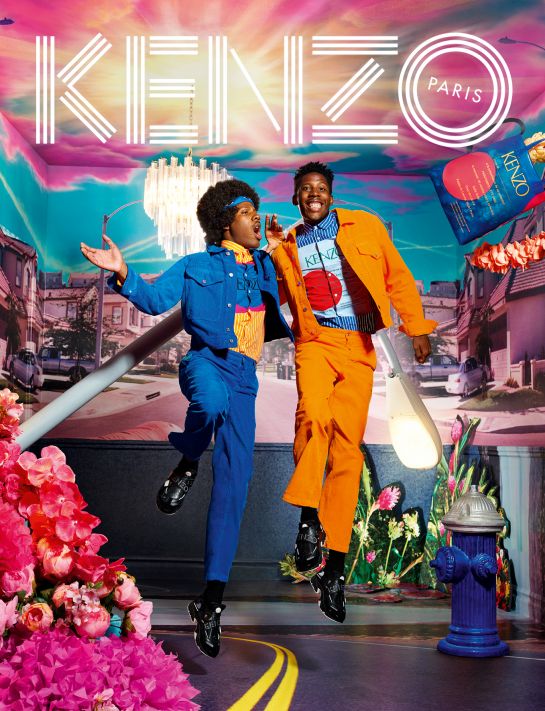 Keep an eye out for the Kenzo Spring 2019 collection, dropping on the designer brand’s website soon.

The 29-year-old British actor fronts the video and black and white print imagery campaign for the travel retail market.