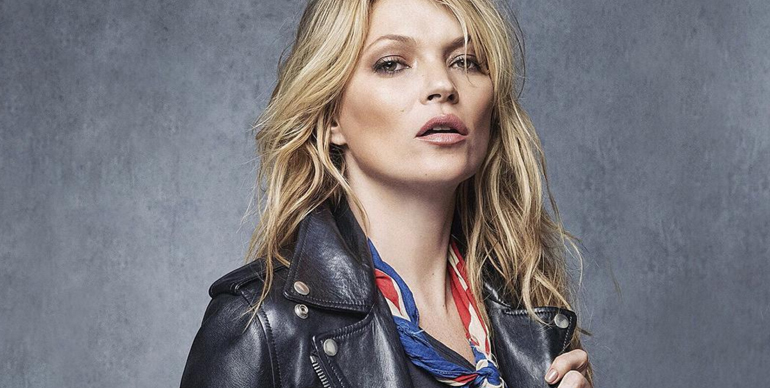 In the past two years, 70s and 80s fashion have come to form the backbone of vintage style. Each season seems to show off a new slew of boho chic dresses and punky leather clothing that serve as gentle reminders of tumultuous decades long past. However, despite the popularity of both these nostalgic eras, there’s one key genre that ties the two times together yet remained untouched by designers until last month. That is disco fashion, those flared trousers and sequins shirts made famous in films like Saturday Night Fever. Long believed to be too outdated for a reboot, this dance style revolution has an unlikely champion pushing for its return to mainstream popularity. Their heroine is Kate Moss. Known for being extremely selective in her fashion choices, this iconic model arrived in Paris wearing a blazer with a sequined lapel. Now everyone is dancing up a disco storm.

Your jaw won’t drop to the floor when you see Kate Moss’s disco blazer. The idea behind this sequined look is more impressive than the jacket itself. If you think about it, the blazer is a minimal version of disco with only a few hints of colorful flair or 70s charm. It’s more of a blend between two eras, contemporary black with vintage ornamentation blended in here and there. Perhaps this bodes well for those of us who always wanted a little extra flair in our eveningwear.

It’s worth noting how the star power of Kate Moss influenced disco’s sudden rise to prominence. Miss Moss is known as a picky fashionista, the most selective in the business. This means that when she does wear a new outfit or attend a show, people pay special attention. Last year, she limited her Parisian fashion excursions to Miu Miu’s after party and in 2015 her one appearance was in the front row at Miuccia Prada’s runway show. You can see why the model sporting sequined lapels caused such a stir.

In Paris, it began to look like Moss wasn’t the only one who’d been bitten by the disco style bug. Her partner Nikolai von Bismarck was showing off his sleek, dance culture wardrobe too. Though free of lapel sparkles, his black jeans and casual tuxedo jacket spoke to the trendy dance clothing of an era past when tuxedos were almost commonplace and viewed with reverence rather than scorn. We never thought the return of disco would help usher in a new appreciation for luxury fashion, but in 2017 anything can happen.

WILL YOU WEAR IT?

After all this talk about sequined dresses and disco, you need to know the best way to go about finding some shiny lapels of your own. Luckily, Saint Laurent is ahead of the pack. Even before Moss made her disco debut, this brand was giving Le Smoking jackets a crystal-covered 80s makeover. Today, your ticket to sophisticated disco is the cropped Spencer, complete with a velvet collar and glistening lapels.

Kate Moss isn’t for everyone, but she sure is popular when she tries something new. Dare to try and imitate her. Even if you aren’t dancing your heart out, disco fashion is worth the effort.