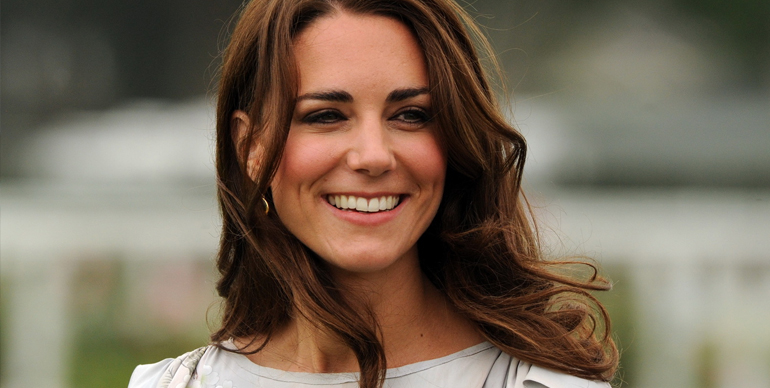 Pause your celebrity hairstyle browsing for second. There’s a new development in haircut making the rounds and it’s so subtle you’ll miss it unless you’re paying attention. After years of gracefully flaunting her luxuriously thick tresses, Kate Middleton has chopped off her flowing locks to craft what may be the first royal lob the world has ever seen. No less regal at this shorter length, the Duchess of Cambridge’s new look should be an inspiration to us all, yet another example of how the commonplace lob can be elevated to new status with confidence and a few choice adjustments. Kate Middleton hasn’t always been the regal example of hairstyle perfection she is today, though. For reassurance that anyone can turn wacky hair into a stylized masterpiece, follow her journey from Noughties college girl to UK royalty.

Can you believe this muddled tangle of curls was featured on a fashion runway? It was a university show, but still. Even so, it’s nice to know that even regal celebrities like Kate had crazy hair phases during their teens.

A step in the right direction after her escapades on the runway, this 2005 photo showcases 2000s Kate Middleton with classy long 90s bangs.

ADDING IN A HAT

When Kate parted her hair in the middle for Laure Parker Bowles’s wedding, it was a sign of great things to come. So was her opulent feathered fascinator.

Kate Middleton wasn’t widely recognized enough to make long bangs a thing in the mid-Noughties, but she certainly tried. Maybe you can work these lengthy tresses into your beauty homage to the 2000s.

WORKING OUT A COMB OVER

As the Noughties drew to a close, Kate got more creative with her traditional bangs. Rather than combing them down over her eyes, the rising star grew the hair out longer so she could style it up and over to the side. It was the birth of what we now know as regal Middleton hair.

COMING INTO HER OWN

This is the Kate Middleton haircut we’ve come to know and love. A defined center part and slight comb over to emphasize those dark thick tresses curling at the shoulders.

When it came time for the big wedding, Kate’s big curls vanished. Hidden by her famous veil, the Middleton’s long hair flowed straight down her back as she became the Duchess of Cambridge.

Once married to William, Kate Middleton and her new stylist began to play with variations on the braided updo. One look this collaboration produced was this braided hybrid that creates a kind of princess bun in the back while letting longer tresses drape down in their natural shape.

An easy hairstyle to match, the Middleton ponytail is another stylized look that proves casual hairdos can be made up to look carefully crafted and decadent.

They’re so 90s some people have publicly complained, but Kate Middleton’s love for the hair clip has endured despite plentiful criticism. She wears the awkward throwback item quite well. If vintage beauty is your thing, see if you can imitate her subtlety.

Now, the voluminous hair is gone. What sits in its place is this detailed lob. Striking a perfect balance between outlining the face and resting on either shoulder, it’s a sure sign of hairstyle genius at work.

Kate Middleton’s evolution as a hairstyle icon is subtle yet impactful. Take her journey to heart and decide which triumphant do will complement your look. With dozens of slight variations to choose from, there’s no doubt you’ll find a regal style that’s perfect for you.