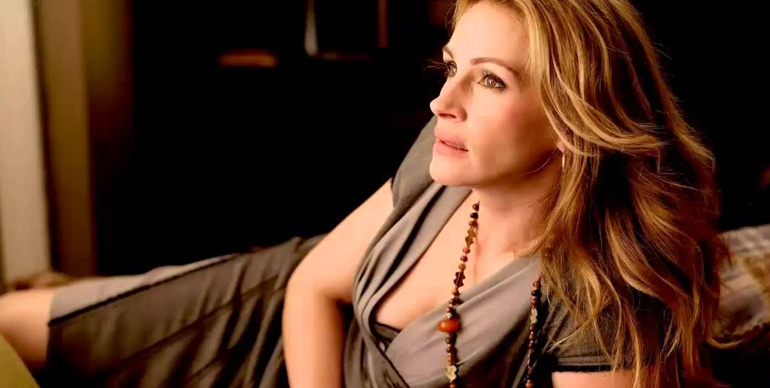 People Magazine has named Julia Roberts one of Hollywood’s key fashion beauty icons once again. It doesn’t come as a huge surprise. The actress has been wowing us fashionable outfits since her breakout role as a rags-to-riches prostitute in Pretty Woman. Yet, in recent years she has sort of disappeared from the forefront of fashion. Since her best work mostly happening in the ‘90s and early 2000s, pop culture was subconsciously beginning to relegate her to a bygone era of cardigans and stone-washed jeans. Think again, fashionistas and cultural analysts! When you’re the Most Beautiful Woman of the Year five times, you must be doing something right. Time for a look back at the outfits that made Roberts a star at the dawn of this millennium and what put her back in the spotlight in 2017.

Julia Roberts’ decision to attend the 1990 Golden Globes ceremony was bold. Think about it. Evan Rachel Wood and Octavia Spencer got plenty of attention just months ago for showing up on the red carpet in trousers and pantsuits. If ladies in suits causes a stir today, imagine the critical attention it must have garnered in the early ‘90s. Strutting her outfit like the next Diane Keaton, Roberts went on to win a statuette that evening while paving the way for other distinctive red carpet fashion to come. Take a hint from the famous actress and pick a few times to dress boldly this month. With oversized clothing a steady industry trend, working a large suit into your wardrobe shouldn’t be too hard.

Many times, Roberts fashion prowess is remembered by that stunning red dress from Pretty Woman. There’s no denying the piece was a beautiful way to show off her figure, but there are other, more accessible outfits that best summarize her as a fashion icon. This image from a mid-‘90s fashion shoot demonstrates how alluring simple, everyday fashion can be when you pick each piece carefully. With the turtleneck and ripped light blue jeans, she takes on a sort of Princess Diana demeanor while keeping that brash Americana confidence that she used to her advantage in films like Erin Brockovich. It might be beneficial to re-familiarize yourself with turn-of-the-century Roberts. Outfits like this are perfect for the recent ‘90s renaissance.

Though she was hardly ever risqué in person, two of Robert’s titular characters were all about wearing things tight and revealing. Before the famous red dress, her Pretty Woman character Vivian Ward was a prostitute working on the city streets. Her outfits reflected the final transition from dying disco to rave culture. Ward fused Michelle Pfeiffer hair, the club culture brassiere, and ‘80s-inspired tights into the look that would become a signature of rave-inspired fashion. Later, as the suggestive Erin Brockovich, her wardrobe worked the opposite way introducing leather skirts and elaborate prints into a formal office setting. It takes a great fashion icon to work a trend both ways.

In the 2000s, Roberts became a bit more glamorous. Her costumes as the high-class Joanne Herring in Charlie Wilson’s War best showcase the class and sophistication she is capable of. In many ways, she is the key fashion icon for 20-somethings of the ‘90s. After dressing casual and club-ready as young adults, they switched to more refined wardrobes in their 30s. Now, Roberts’ new title is giving them hope for the future. If you’re looking back and wondering if your best fashion years are behind you, get excited. It’s never too late to up your style game.

As an icon, game-changer, and film fashionista, Julia Roberts always stood out from the crowd. Now, she’s back with renewed vigor. Who knows what will come next!