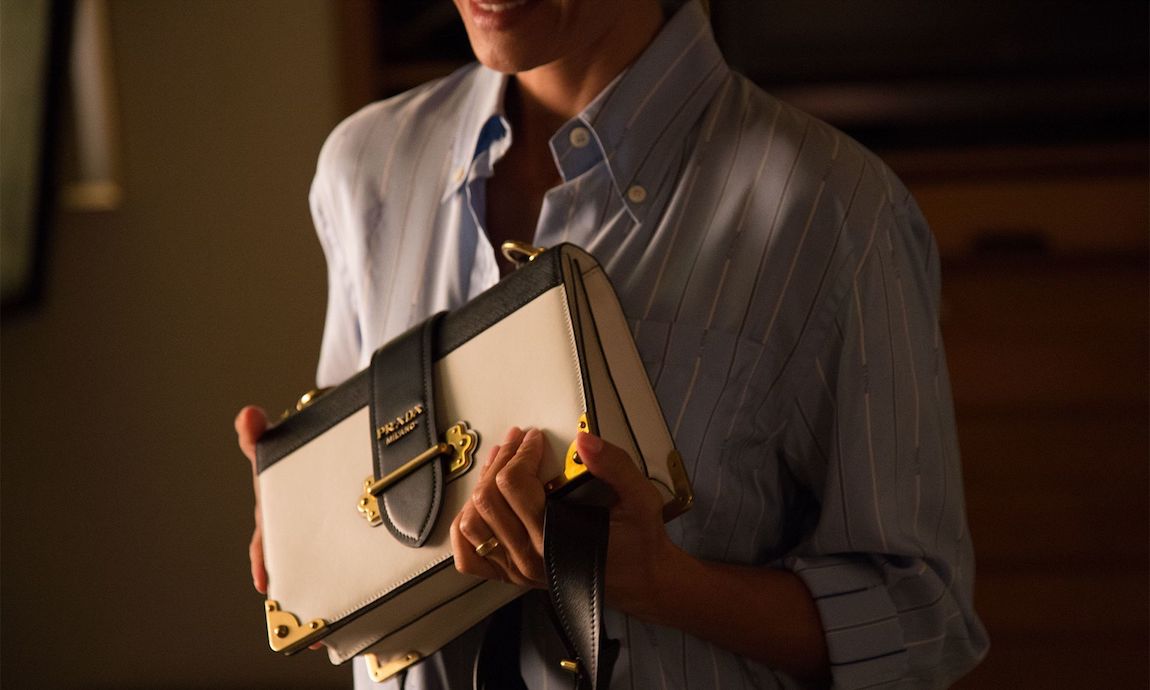 Academy Award-winning actor J.K. Simmons is the star of Prada‘s latest campaign film series, titled “The Delivery Man.” This work is comprised of three cinematic vignettes that celebrate the Prada Cahier handbag, all created and directed by the acclaimed filmmaker Ryan Hope.

In the series, J.K. Simmons stars as the dapper delivery man, alongside Pom Klementieff, Sasha Lane, and Bahia Gold. Each element of “The Delivery Man” is inspired by the Prada Cahier bag itself: the brass-bound accessory is versatile, unexpected, and the ultimate perfect gift. 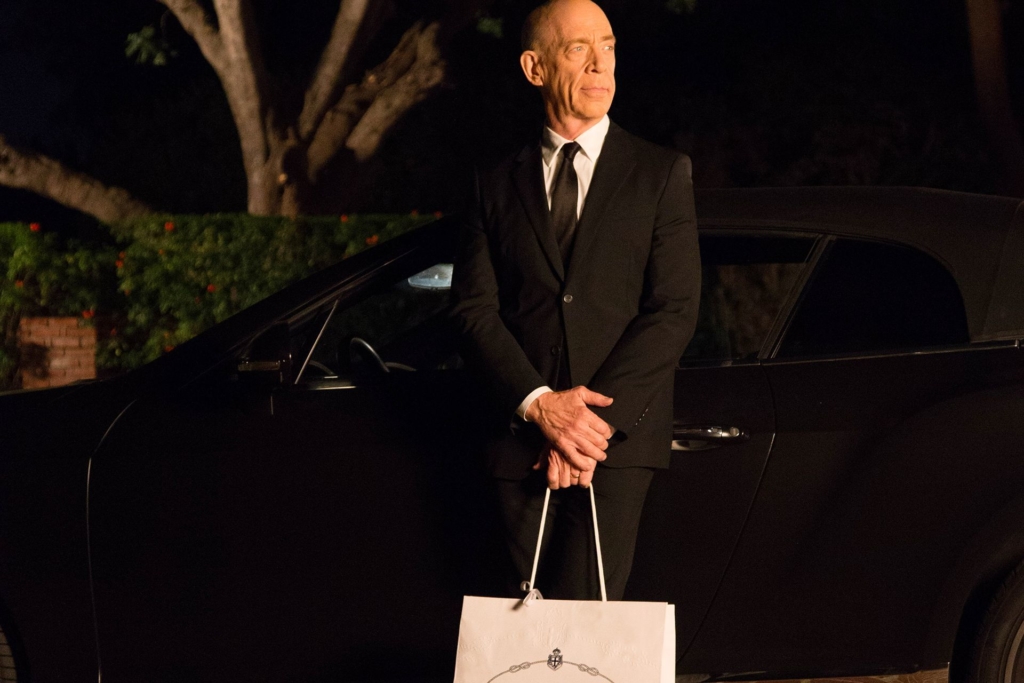 “The name Cahier is derived from the French for ‘notebook’ – itself a repository for ideas, a collective collection of different stories, and different realities,” Prada shared about the must-have accessory. “Here, that notion has inspired three distinct but interconnected narratives, titled Midnight Request, Woman’s Best Friend, and Priorities of Love.”

The handbag itself can be worn as a crossbody bag with a chain strap, as a belt bag or clutch, or as a larger tote.

Each piece of the new film series furthers the idea that this wardrobe staple is a piece you’d love to have delivered. 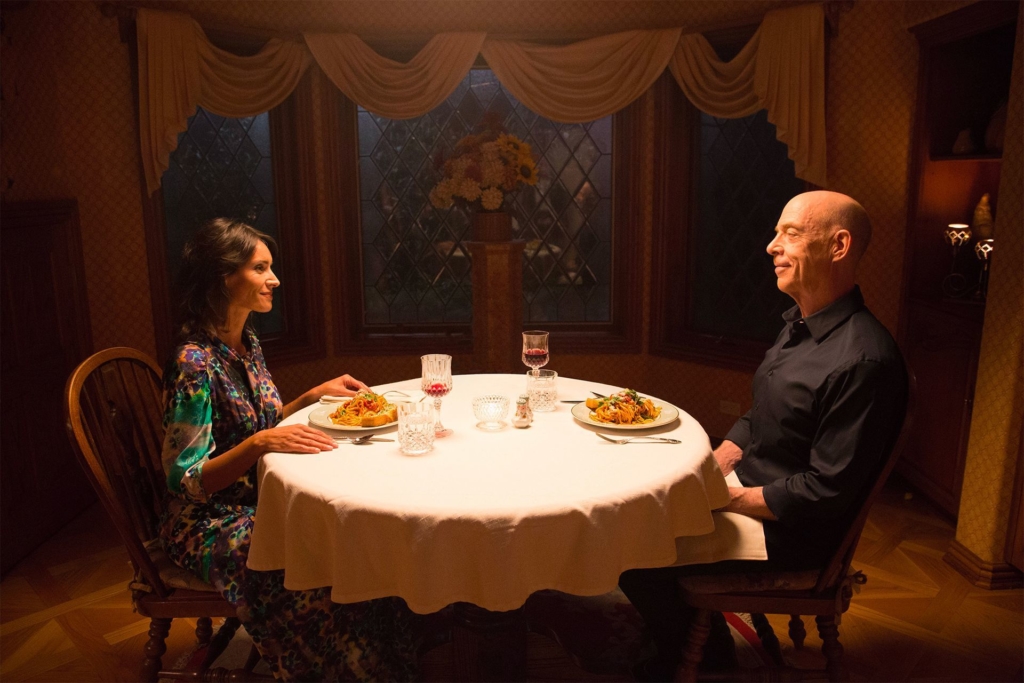 “Toying with notions of suburban unreality, and urbane sophistication, the stories unfold via three chapters, each charting a different valiant attempt by the delivery man to ensure his precious cargoes reach their final destination, despite pitfalls and obstacles along the way,” the brand explained about the series.

“These films explore both variety and universality, the appeal of contrast and contradiction, and a singularity of desire. The power of fashion both to differentiate, and to unite. It also underlines that the Prada Cahier is a delivery that is always welcomed.”

Be sure to catch the Prada Cahier bag’s “The Delivery Man” campaign film series in the video players below.

More fashions from the Prada brand.
More exciting fashion films to check out.
All images and videos via Prada