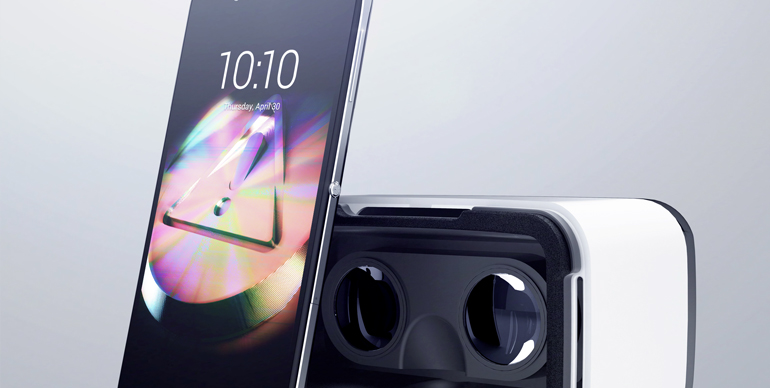 We’re living in the age of smartphones. These little gadgets are quickly becoming the equivalent of pocketable computers. You can use them to contact people, download pretty much any app you want, and look up an infinite amount of information. If they weren’t so small, quite a few people might have ditched their laptops by now. As things currently stand, computers will stay put and a different tech invention will transform the smartphone sphere. Turns out, mobile technology has a lot to offer practical virtual reality tools. It has the potential to make video-based VR accessible and affordable in ways a laptop or smart TV never could. VR tech needs a user-friendly means to distribute new platforms and boost interdisciplinary engagement. With VR goggles already a big success in retail, real estate, and education, immersive mobile VR looks likely to be virtual technology’s next big step.

Virtual reality can trick your senses into reacting and even feeling environmental changes based solely on visuals, but each experience is still strengthened by accurate physical surroundings. In simple terms, if you’re using VR content to simulate a virtual front-row seat at a sports game, you’ll have a better time watching if you’re sitting down. This relationship between a manufactured environment and physical reality makes immersive mobile VR the most logical platform for an effective tool. Unlike the television, you can transport your phone anywhere you like to enhance your VR experience. It’s also extremely simple to turn your phone into a set of virtual reality goggles. Look up instructions on how to fashion a set of glasses out of cardboard. Then you can slip a VR-enabled phone right in. One tool simple as that will give you a high-quality way to view virtual worlds in compelling 360˚.

People love using their phones. Even those who prefer computers get a kick out of texting and posting on the go. One of the chief benefits of virtual reality tools centered around smartphone technology is that they will be more accessible to a larger number of people. Almost everyone has a smartphone in 2017. Not everyone comes home to a flat-screen television or laptop. Making most virtual reality media available through mobile phones will discourage the idea that only wealthy or tech-savvy people can take part in the VR universe. It’s all about taking away the mystique and replacing it with practical application. In a way, virtual developers need to get people back to where they’re thinking about VR tools like they used to think about video games. The difference is this time, you’re whipping out an informative metaverse.

While immersive mobile VR is the best way to make virtual tools that people can access anytime anywhere, it does have some pitfalls. People already put themselves at risk texting in situations when they should be paying attention to the world around them. If companies give us more ways to escape from reality, we just might take them. That issue reflects a biggest question about virtual reality technology. At what point does immersing ourselves in virtual worlds start to replace our real-life experiences? It’s the Matrix conundrum that we can only guard against as technology keeps developing. For now, companies have grown confident in what they’ve invented and are ready to make a profitable debut. Smartphones seem the best way to introduce VR as an everyman’s technology.

Virtual reality could soon be a normal part of our everyday lives. Rather than reading about it in theoretical articles, you’ll actually be using immersive mobile VR through your smartphone at the station and on the train. Just remember not to lose track of the real world while you’re off exploring new metaverses.