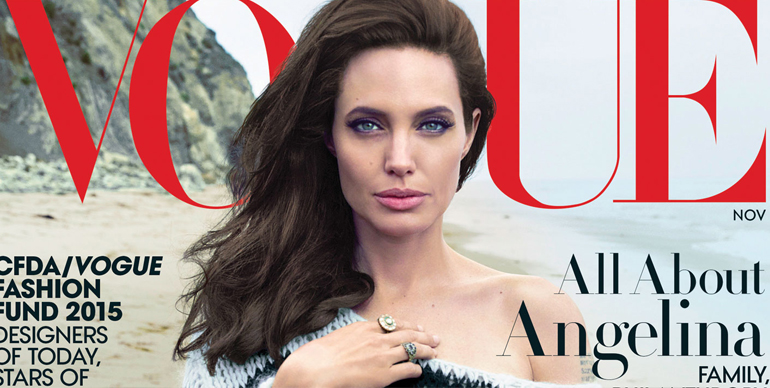 It’s Valentina Sampaio’s turn now. Two weeks after model Anjali Lama made history on India’s Lakmé fashion runway, Sampaio became the first transgender model to grace the cover of French Vogue. This is the second of two revolutionary magazine covers for the Brazilian model in four months. Back in November, she became one of the first transgender models to appear on Elle Brazil. These triumphant covers mark yet another landmark in what is turning out to be a huge year for transgender equality in the modeling industry. Fashion magazines have always been at the forefront of revolutionary trends. Since it’s fashion debut in December of 1892, Vogue has announced some of fashion and beauty’s greatest moments. To celebrate the publication’s latest achievement, here are the most iconic Vogue covers so far.

When Josephine Redding set out to name America’s newest weekly magazine, she was looking for a perfect word to describe modern fashion. Flipping through The Century Dictionary and Cyclopedia one day she found the word “vogue”: the prevailing fashion or style of a particular time. Redding recommended the name to founder Arthur Baldwin Turnure and it stuck. Originally, Vogue was just another New Yorker, full of reviews and articles on tradition and social etiquette. It wasn’t until the 1920s that the publication became a true fashion magazine. The first iconic Vogue cover came in December. It was meant to attract “the sage as well as the debutante.” The man as well as the woman. Scoff if you like, but in 1892 a magazine for both genders was surprisingly revolutionary.

Color photography wasn’t new in the 1930s, but it was rare. You had to attend exhibitions or go to museums if you wanted to see a vivid photograph.  This vibrant image of a swimmer and her beach ball changed all that. Before 1932, iconic Vogue covers hadn’t challenged other publications to be any better. When color photography suddenly debuted in parlors and bedrooms across the country, other magazines saw they had to change quick. Nearly every fashion editor threw out black-and-white photography in favor of the latest color technology. This shift transformed other industries too. Fashion photography, the makeup industry, and marketing firms all had to grapple with color on a brand new scale.

Before this iconic cover, every Vogue girl had been anonymous. The fashion world and celebrity world were still primarily separate. Toto Koopman ushered in the iconic cover girl. Koopman was a far more monumental choice than anyone most people realized. The daughter of a Dutch officer and Indonesian mother, she was both biracial and bisexual. She was also deeply involved in a scandalous affair with London tycoon Lord Beaverbrook. Iconic Vogue covers have never shied away from being controversial. Though Koopman’s escapades were no public knowledge, choosing her as the first cover girl certainly set the stage for more contentious covers to come.

It took 30 years for celebrity culture to fuse with fashion. Plenty of famous people were featured on Vogue covers after Koopman’s debut, but the industries didn’t totally mesh until Sophia Loren. The actress was the first to be embody haute couture and Hollywood at the same time. Her first feature came in May of 1961. It was a Pop Art mixture of Piet Mondrian and Andy Warhol designs, a deconstructed face with her eyes plastered across the top Great Gatsby-style. The description reads: “The force behind the smouldery amber eyes: Italy’s Sophia Loren.” This iconic cover was also one of the first to tap into pop culture trends besides fashion.

Donyale Luna became the first black model to appear on a Vogue cover when she graced British Vogue in 1966. Eight years later, Beverly Johnson made the same ground-breaking achievement on the magazine’s American edition. Before Johnson’s cover in August of 1974, no major American fashion designer was using African-American models in their studio. It made the magazine’s decision to feature Johnson bold and almost dangerous. But iconic Vogue covers have a history of transcending the opposition, and this one proved effective. By the spring of 1975, every major American brand was integrating African-Americans into their fashion shoots.

1988 was a pivotal year for Vogue. Anna Wintour, the acclaimed head of British Vogue, moved to New York to take up the reins as head of the publication’s American edition. Her first cover signaled her reign was going to be fresh and aggressive. It featured Israeli model Michaela Bercu in a Christian Lacroix jacket and stonewashed Guess jeans. To this day, Vogue claims it was the first publication to put model in jeans on the cover. Under Wintour, youthful energy and aggressive product placement became staples of iconic Vogue covers. The relationship between fashion and pop culture had reached its peak.

Wintour was passionate about finding new ways to integrate her magazine with popular culture. In December of 1998, her avenue was politics. Vogue’s holiday cover that year featured Hillary Clinton in a stunning sheer black gown. It was the first successful partnership between politics and fashion since Jackie Kennedy. Wintour’s interest in political fashion went on to inspire other articles and photoshoots with significant political women of the 21st century like Condoleezza Rice and Michelle Obama. The growing relationship between politics and fashion is largely due to these iconic Vogue covers.

Celebrity, fashion, and controversy all came to a head on this unforgettable fashion cover celebrating the engagement of Kimye. It was criticized right and left for having no fashion relevance. Many said Wintour was goaded into making the cover by Kanye West himself. Others accused her of capitalizing on a cultural event to sell more issues. Regardless of people’s response, the ground-breaking moment made this the most talked about magazine cover in history. For you trivia fans, it was also the only edition to feature a hashtag in the cover title.

From celebrity weddings to transgender models, Vogue has left an undeniable imprint on both the fashion world and popular culture. It’s like a gallery of fashion-forward history. As the e-magazine takes over the industry, it’s nice to look back at how far we’ve come.